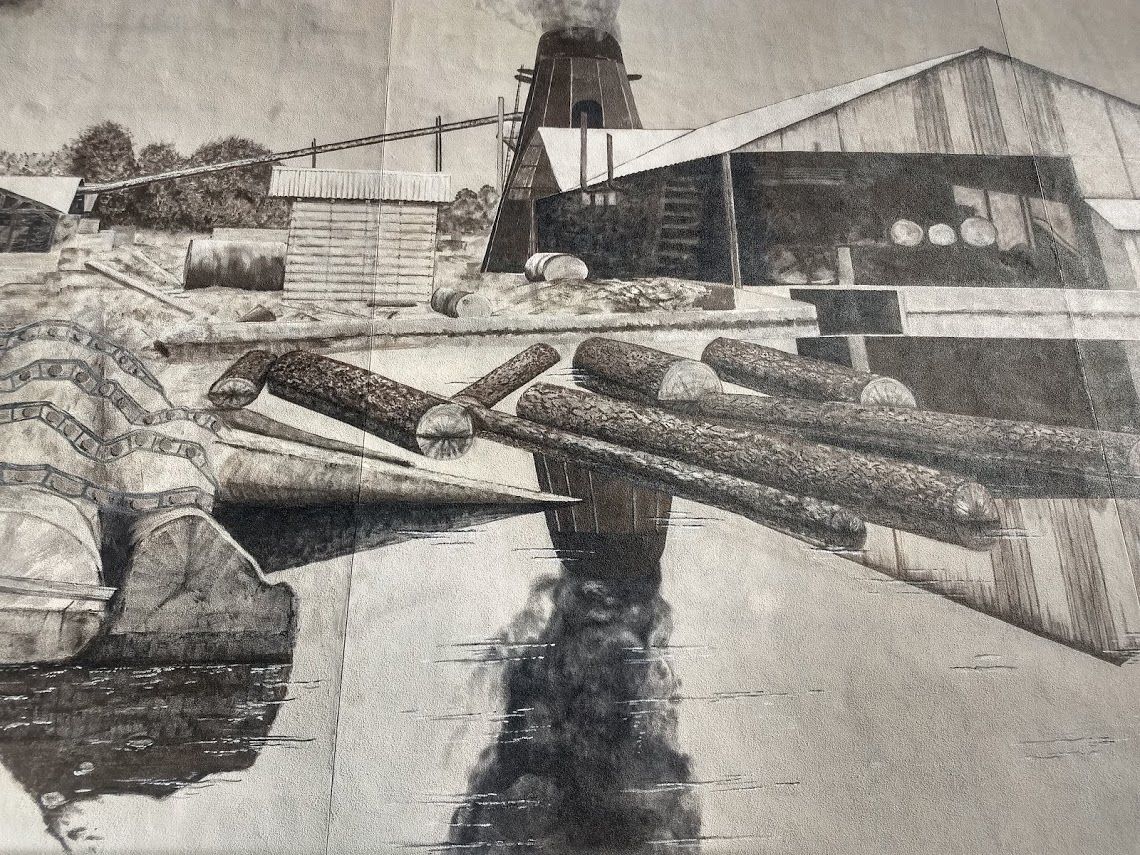 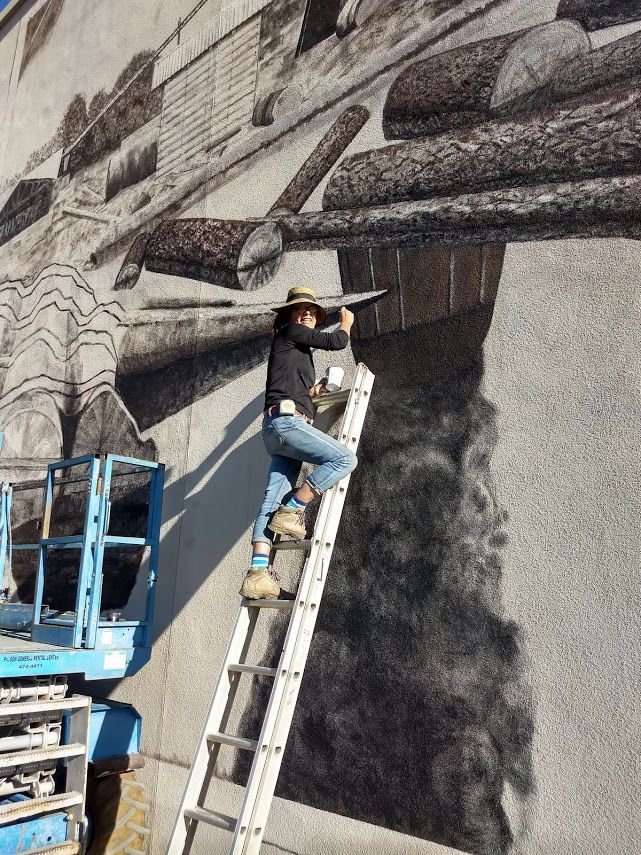 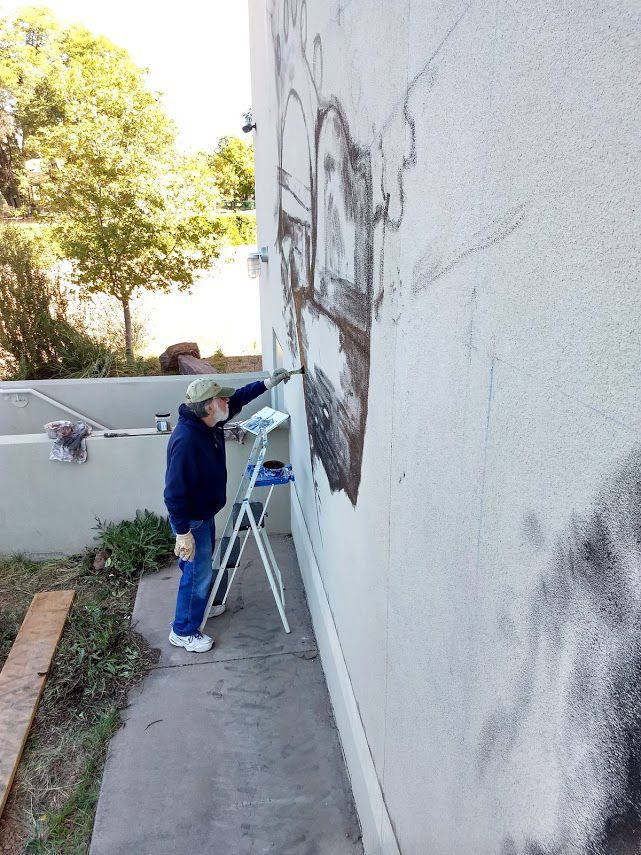 The mural on the Main Street side of the Sawmill Crossing depicts the historic lumber mill that operated on the property. 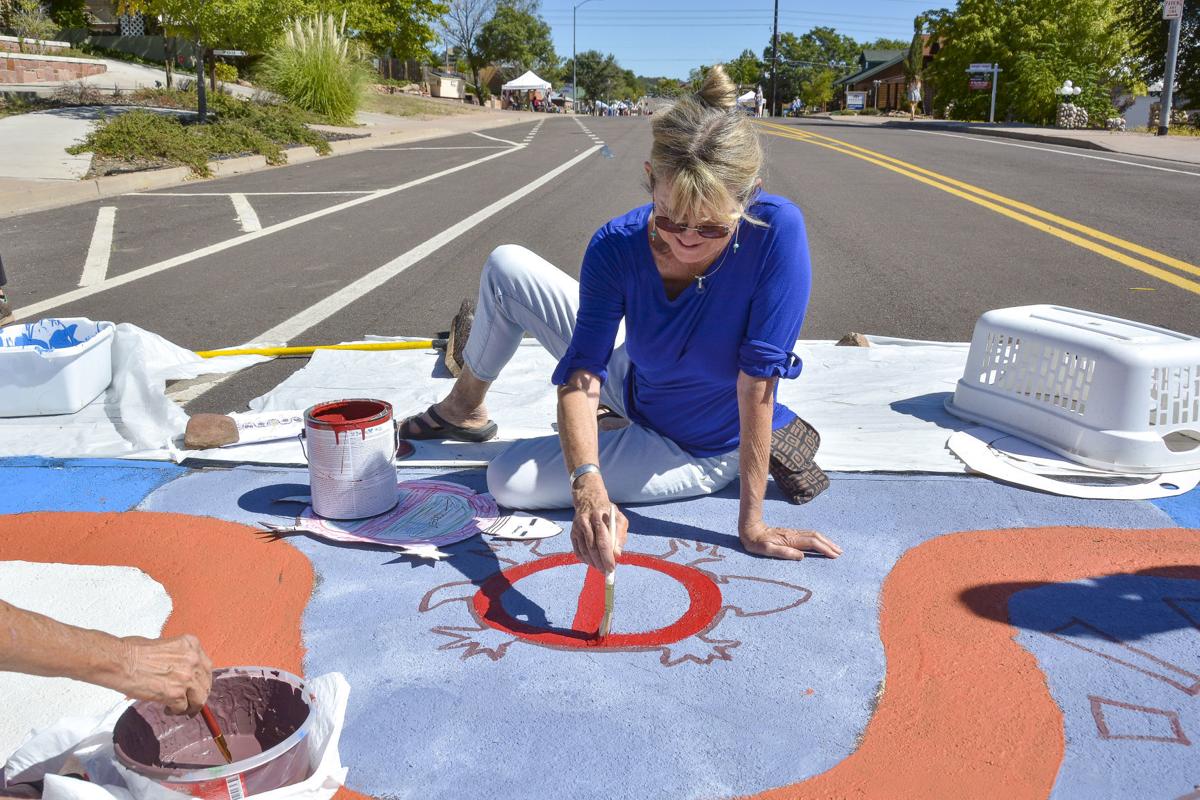 Minette Hart works on a new crosswalk on Main Street. A grant from AARP funded the installation of the crosswalks. The town is open to the Main Street Guild filing another grant to improve the area.

The mural on the Main Street side of the Sawmill Crossing depicts the historic lumber mill that operated on the property.

Minette Hart works on a new crosswalk on Main Street. A grant from AARP funded the installation of the crosswalks. The town is open to the Main Street Guild filing another grant to improve the area.

The group responsible for the mural projects adorning Main Street — ArtBeat: Rhythm of the Rim — may be making news, but it’s not a new group.

According to one of its founders, Elizabeth Fowler, they actually started ArtBeat in 2002. She, Gail Gorry, Cindy Chovich and Kathy Greenburg came together to make arts accessible to more Rim Country children through an after-school program.

Fowler said this was before the internet and social media became daily parts of everyone’s life.

“We wanted to be the network for Rim Country’s artists and art activities,” she said.

Besides getting more children involved in art, the group also had goals to promote art in public places and establish a community arts center.

Fowler said that while they had success with children and arts and “infusing art into classrooms using art to advance education,” the rest did not see much forward movement.

“We had our individual lives, so ArtBeat went to rest,” she said.

Fowler was part of the Shelby School community for many years, so when it closed before the start of the current school year, she saw it as an opportunity to live her lifelong dream of being in a community of artists. Hearing about the Main Street mural plans, she jumped in.

Minette Hart was there already. Hart has pushed and prodded for years to make art a part of the much-discussed, oft-delayed Main Street revitalization efforts. She was part of the now disbanded Green Valley Redevelopment Area Committee. At the time, she and Gordon Whiting, whose family owns the sawmill property that is now the Sawmill Crossing shopping center, discussed creating a mural on the Main Street side of the property. This was perhaps as far back as 2002, Hart said.

The mural on the Main Street side of Sawmill Crossing has just now become a reality through the efforts of the re-energized ArtBeat: Rhythm of the Rim.

The first “official” project of the latest edition of ArtBeat was the AARP grant-funded crosswalk at 703 W. Main St. However, Hart considers the mural on the east side of Rim Country Flowers as the first project of the new ArtBeat group.

After the crosswalk project, the group, with many contributions from businesses, the community and area artists, did the 37-yard fence along the south side of American Gulch. Hart said she likes to call it the apple orchard mural, not the gulch fence mural.

So, why are things now moving so quickly after years of lots of talk and little action? Hart thinks it’s because so many groups are finally on the same page — among them, ArtBeat; the Main Street Merchants Guild; the Payson Senior Center; the Payson Art League; and the Town of Payson.

She said the town’s current staff has actively responded to efforts to bring art into public places on Main Street.

“The realization that there is strength in unity is growing,” Hart said.

“We have a great town staff in community development and the mayor’s support,” Fowler said.

“People get what art can do from the public projects,” she said.

Hart added she has heard no negative comments about the group’s efforts, “The public wants to see more.”

She talked about one person who shared that since the fence mural was completed; sitting in the garden-like courtyard on the Main Street side of Sawmill Crossing has become their favorite thing to do. They said they try to take a 15-minute break and just sit there and enjoy the art on the fence.

“One of the reasons to be an art advocate is to uplift the spirit. We want art everywhere because it feels good and is a good connector of people,” Fowler said.

Both women stressed the artists need to be valued for their work. Hart said if the work to create a mural on the huge canvas of the Main Street side of Sawmill Crossing had been a paid job it would have cost between $80,000 and $100,000.

“The public can’t expect artists to do things for free,” she said.

In fact, the group has to work on fundraising to obtain its federal 501(c)(3) status, Hart said. It’s an expensive proposition with filing fees and the legally required advertising.

After the holidays, Hart said the group will sell raffle tickets through the end of February for an interior mural. The estimated value of the work would be $1,500 and the size limited to about 5-feet-by-10-feet, she said. The winner would choose the subject of the mural and they would do the work during the balance of the winter months.

“By raising funds, we can give more,” Hart said.

While the recent projects of ArtBeat have focused on the visual arts, the women want to make the group all-inclusive with writers, musicians, dancers and theatre enthusiasts participating. The ultimate goal is to have a community arts center where all creative works would be celebrated and all ages welcomed to enjoy a vibrant setting.

“There are endless possibilities,” Fowler said.

To learn more about ArtBeat: Rhythm of the Rim go to artbeatrotr@gmail.com.