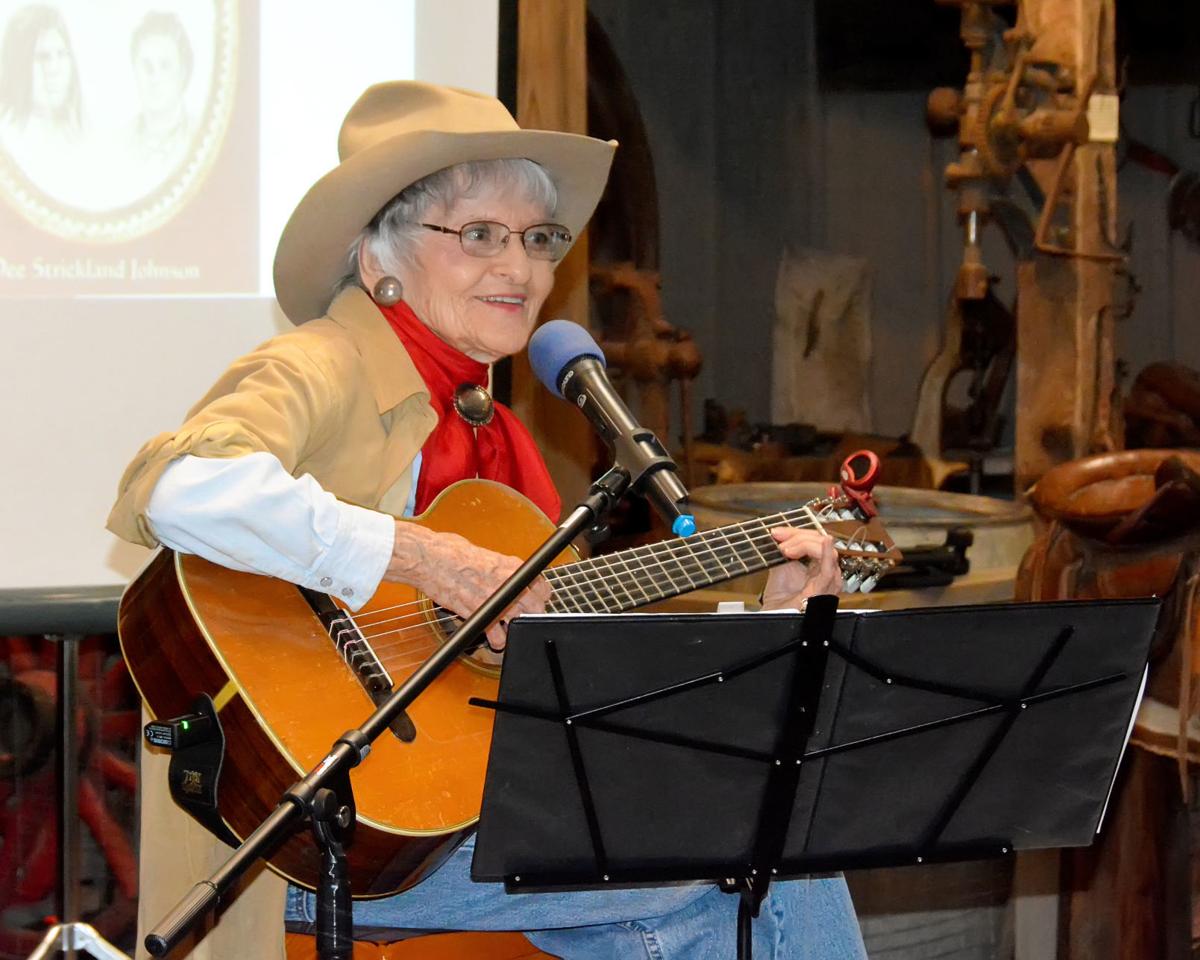 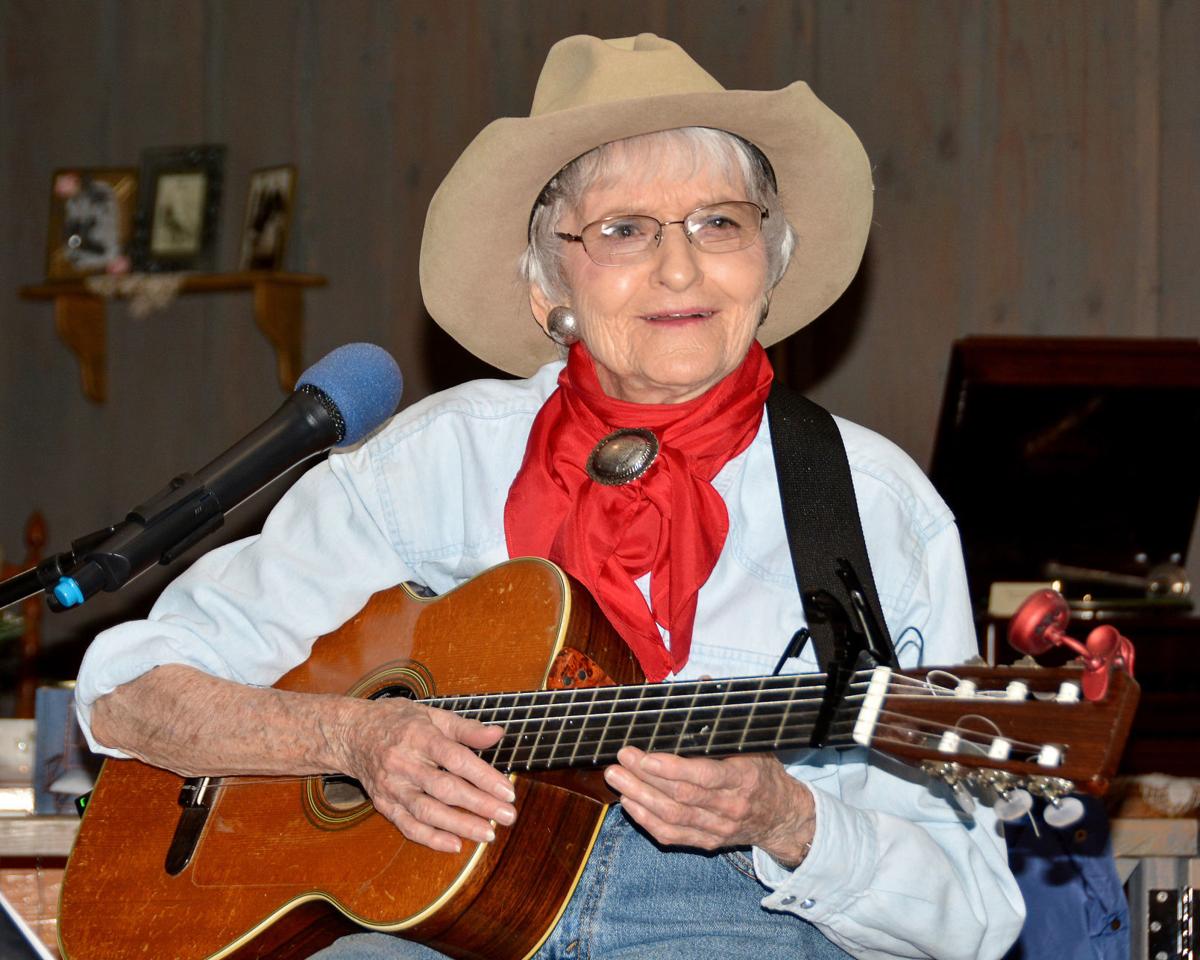 Born in Flagstaff, Dot grew up on the Navajo and Hualapai reservations.

She and her husband John “Ol’ Buck” had a cattle ranch in the Ozarks in the 1970s. They have lived in Payson since 1977.

Dot’s father Troy, the 16th child in his family, decided he wanted to travel from the Hualapai Reservation to visit his brothers in Idaho and Kansas.

“I asked why and he said, ‘Because you’re wearing Levi’s and you’re from Arizona.’”

“My daddy swears by Levi’s. He says nothing else compares to garments made by Levi Strauss.”

Dot then sang “Cool Water,” written in 1936 by Bob Nolan. The song is about a man, his mule Dan and a mirage in the desert.

“I always thought it was inappropriate to have a plastic bottle when you’re doing cowboy songs,” said Dot, who is a stickler for accuracy in her work. “So for years I looked for an old tin cup and I finally found one up in Pine. I took it to the next show that I did and I was so happy. Then I took a drink from it and it tasted like ... an old tin cup.”

Dot has been featured at the National Auditory Theater Festival, National Society of Poetry for Therapy, the Arizona Lecture Series and Goldwater Lecture series. She was the Academy of Western Artists’ 1997 Female Cowboy Poet of the Year and has performed in 16 states, Canada and the British Isles.

An official Arizona Culture Keeper, local historian, writer and performer, Dot has recorded five albums, including “Buckaroo Bonanza,” “First Round Up,” and “One More Dance.”

She once opened for famed country singer Lyle Lovett and her song, “Old Hank Morgan’s Place,” was a finalist for the Academy of Western Artists’ song of the year.

Dot has written and illustrated several award-winning books including “Western Winter Lights,” “Along the Arizona Trail,” “Arizona Herstory: Tales From Her Storied Past,” and her most recent book, “Arizona Women: Weird, Wild and Wonderful.”

Dot taught American history, art, drama, English and gifted programs. She was the director of the University of Arizona Opera Theater where she composed and co-directed four dance folk operas.

While a high school teacher, Dot brought her guitar into the classroom to engage students. She has been teaching and entertaining people ever since.