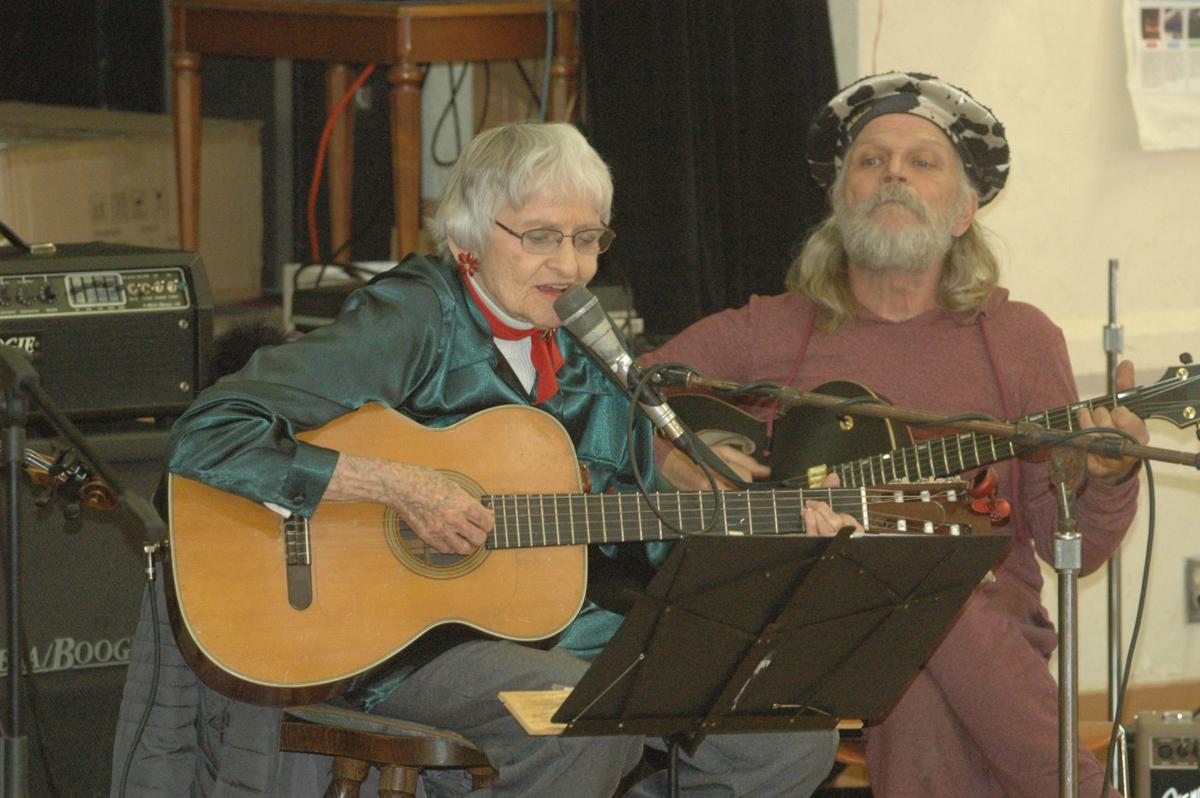 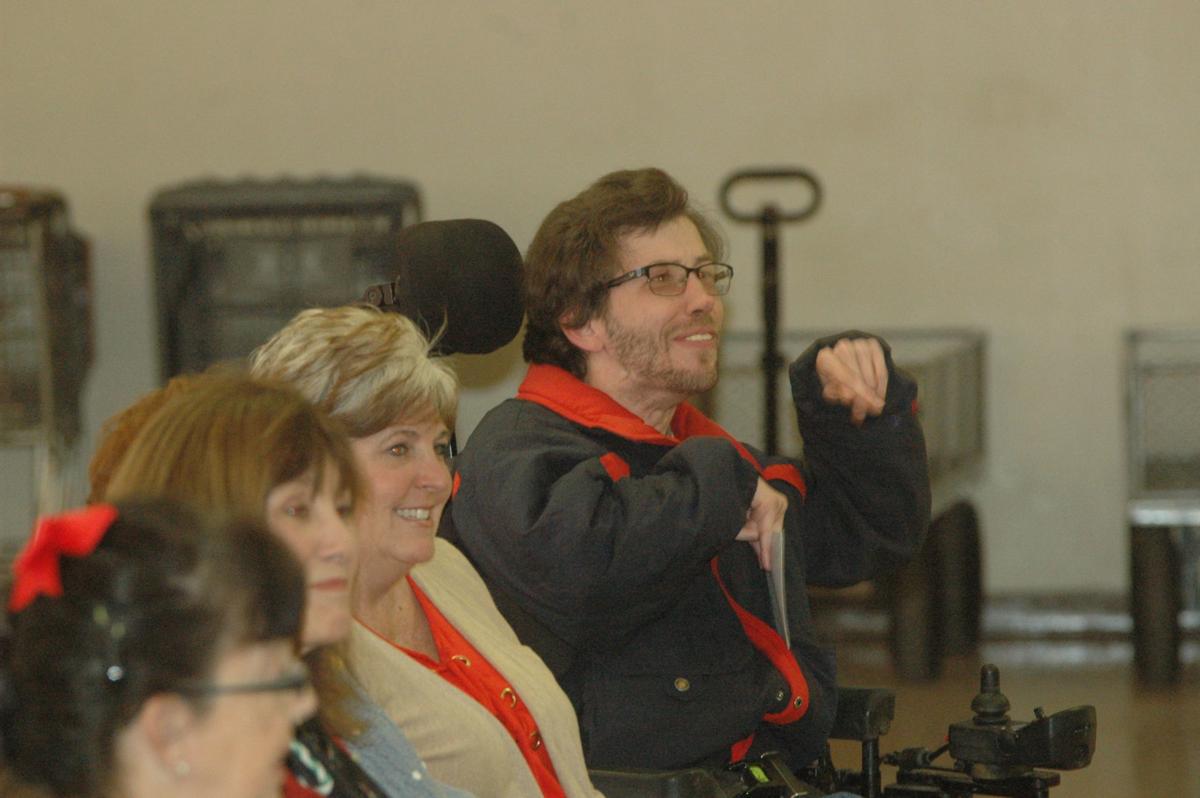 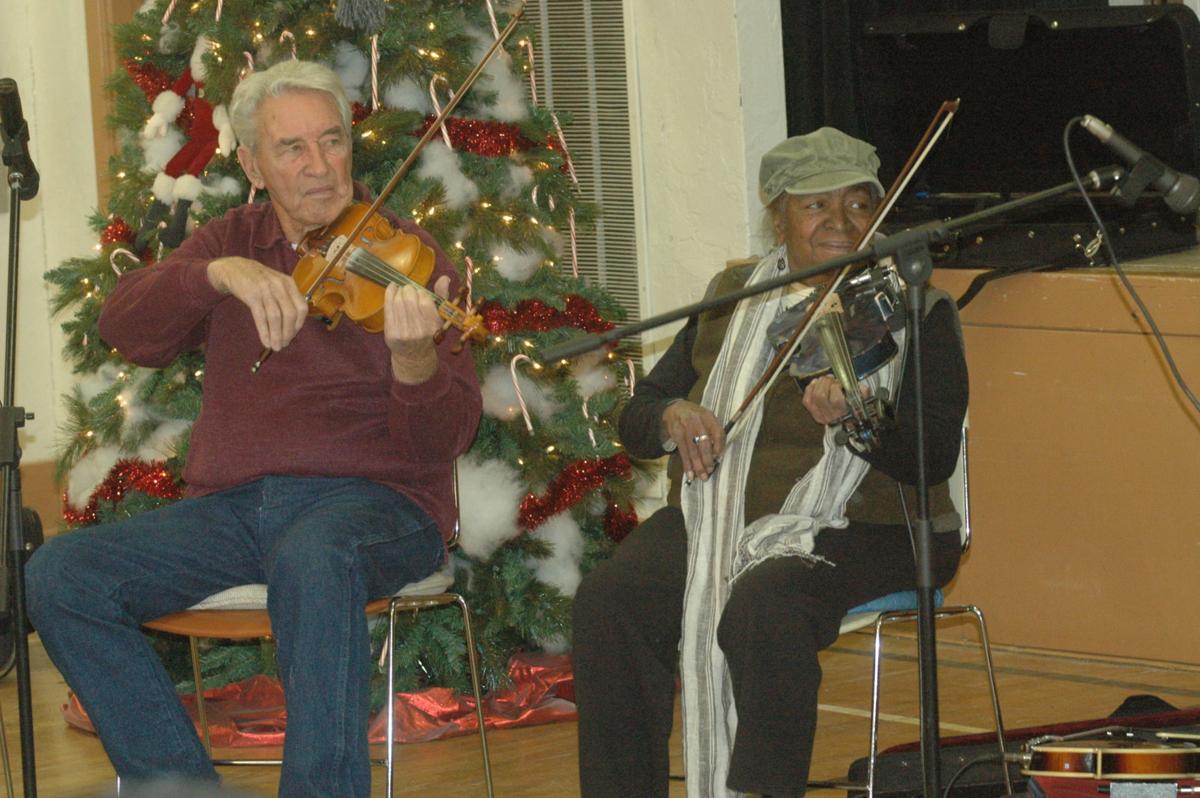 The plaudits flowed freely as listeners filed out of the Pine Cultural Center after a special Christmas performance by a band of high country fiddlers intent on keeping alive the music they love.

“Some of the best (live music) I’ve heard and coming out of a tiny town like Pine,” said another. “Only the Grinch wouldn’t have enjoyed that.”

The Dec. 20 holiday jam is just one of the monthly performances that have taken place regularly for about as long as anyone in these parts can remember, possibly since Custer was a corporal.

The hometown musical duo of Chuck and Barbara Casey aka Trouble in Paradise, has performed often and Chuck stressed that his two predecessors, Stan Fuller and Arvid Thompson, formed the backbone of the toe tappin’, foot stompin’ good times.

Fuller, a Strawberry native whose pioneer family owned the Fuller Ranch for decades, got the jams started by playing after lunches at the senior center.

“He said people could have their lunch then walk right over (to the cultural center) and listen to the music,” remembers Thompson. “He invited me to join him and in about two years we had fiddlers from all over coming to play.”

Early on, Thompson and Fuller welcomed any musician and it wasn’t long before harmonica, bassists and guitar players were showing up.

The diverse audiences united by a fondness for traditional music that stems from bluegrass, hymns and country roots.

The holiday jam audience included two van loads of special needs persons that arrived from Payson. “They really enjoy the music to the point of them joining in with us and singing,” Chuck said. “They come to almost every performance.”

During the jam, one boy in a motorized wheelchair joined with the fiddlers to belt out several soulful tunes that had audience members calling for more.

Thompson, 85, remembers it was his father who introduced him to the violin. His father told him at 5 years old, “You don’t have an option whether or not you play a musical instrument, but you can choose the instrument.”

Thompson doesn’t recall why he chose the violin except, “There were not a lot of violin players at the time.”

“One day I came home from school with my football gear and my father asked me about it,” Thompson recalls. “I told him I was going to play and he only said, ‘In that sport you can hurt your hand or fingers and you might not be able to play again ... think about that.’”

Thompson took the risk and nonetheless became an accomplished musician, thrilling all those who regularly attend the jams and other festivals.

The tunes played at the jams “are all recognizable,” Thompson said, including the “Tennessee Waltz,” “Devil’s Dream,” “Red Wing,” “Soldier’s Joy” and some bluegrass.

The musicians also take requests and “If the person making it can hum it, we can probably play it,” Thompson says.

Old Time Fiddlers Jam Sessions begin at 1 p.m. on the third Wednesday of each month and continue until the musicians get tired, about 2:30 or 3 p.m. at the Pine Community Center Cultural Hall. Admission is free.