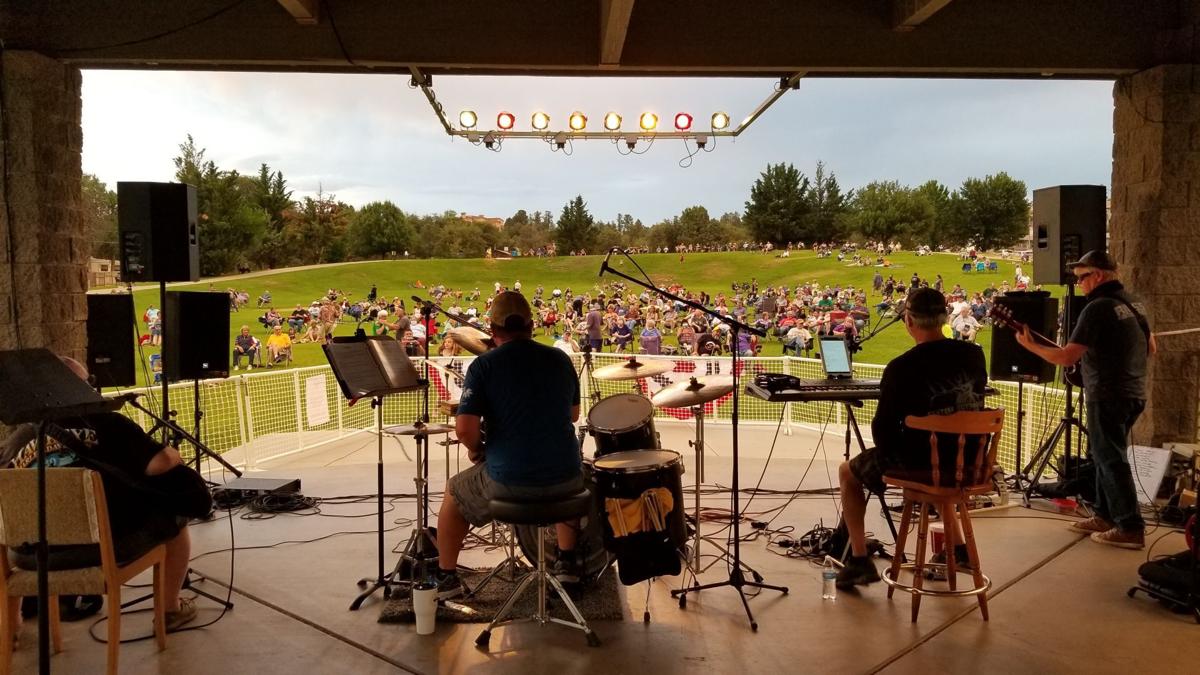 FOG plays before a crowd of about 600 at Green Valley Park on July 11. 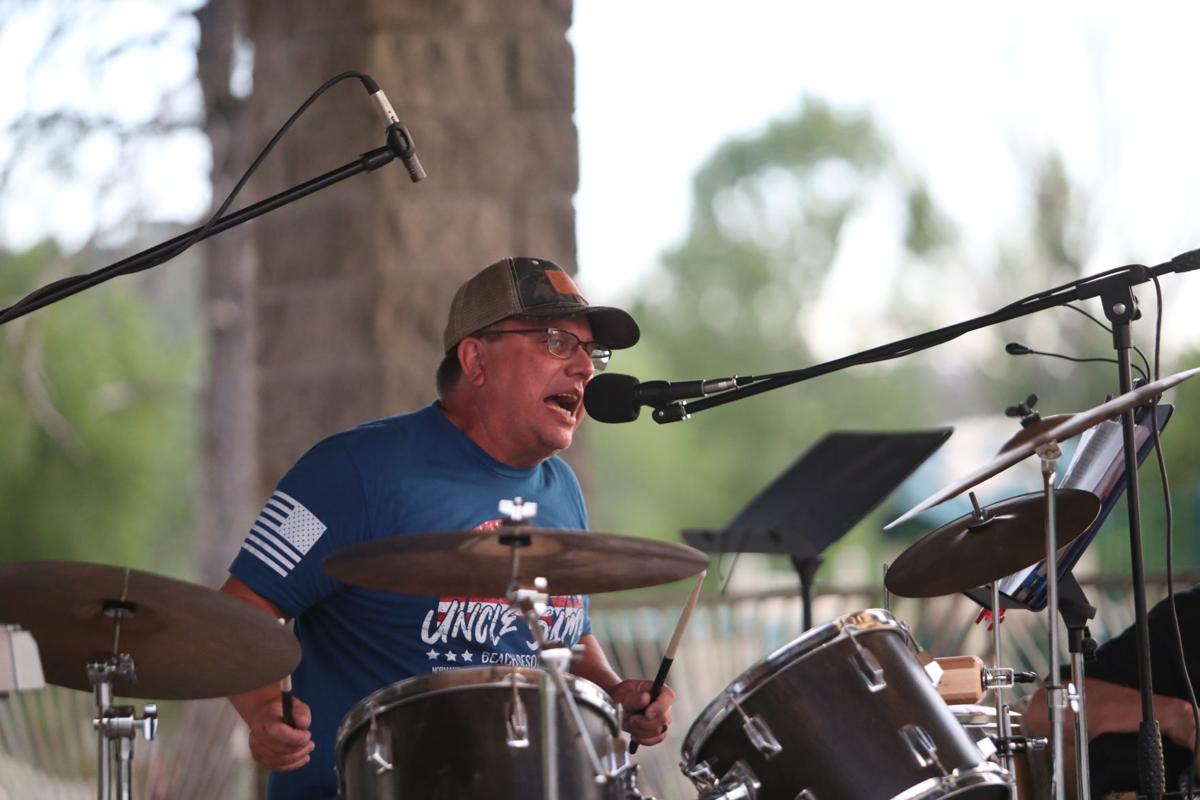 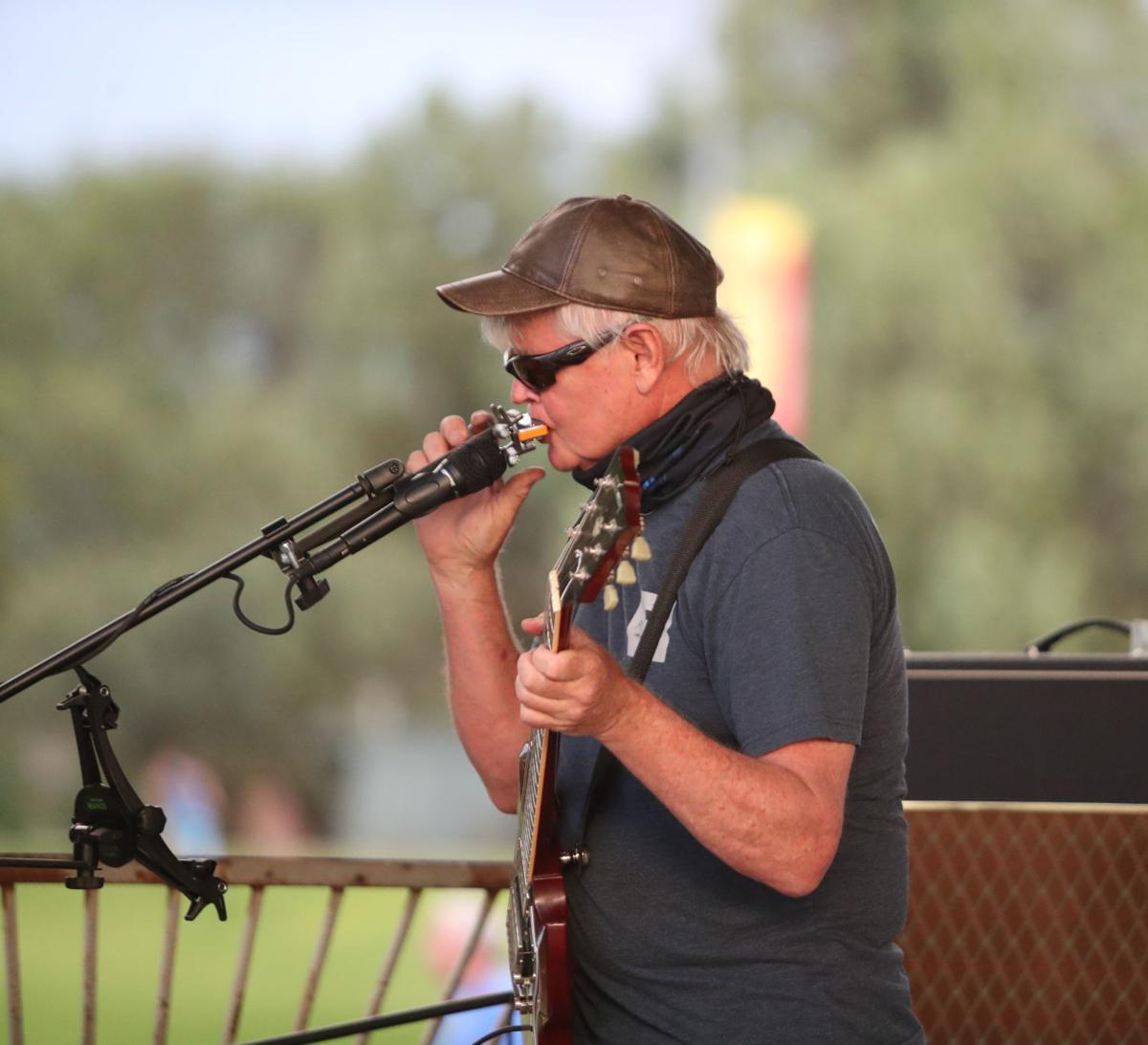 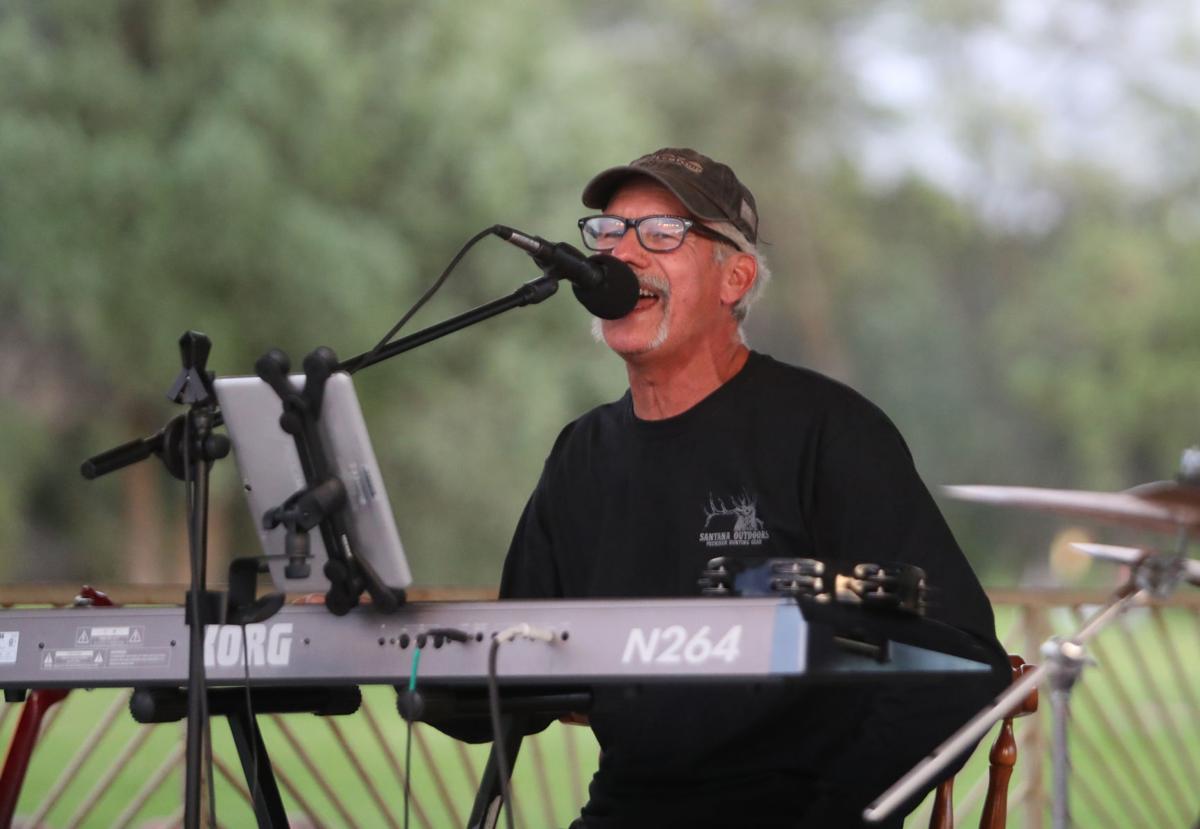 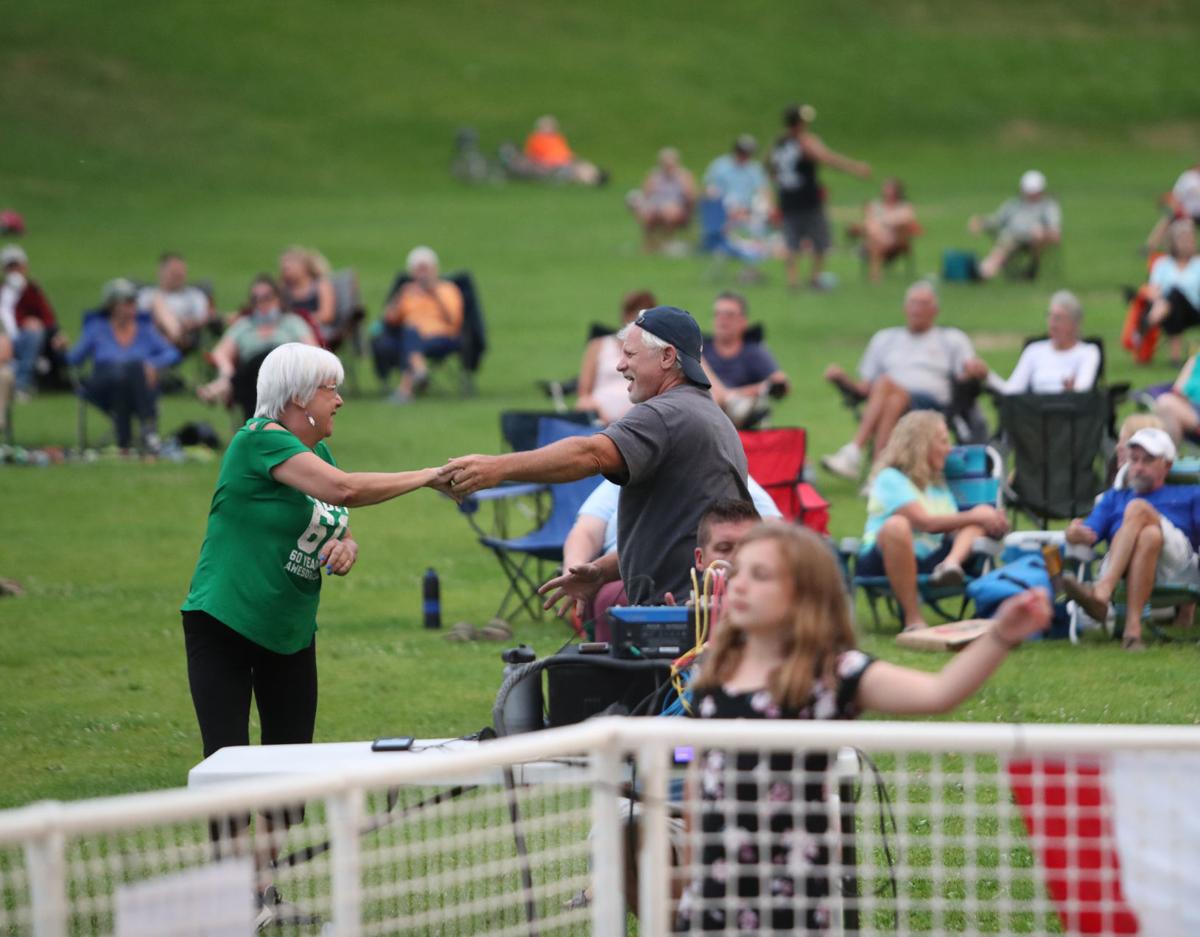 A couple dances to the music of FOG. 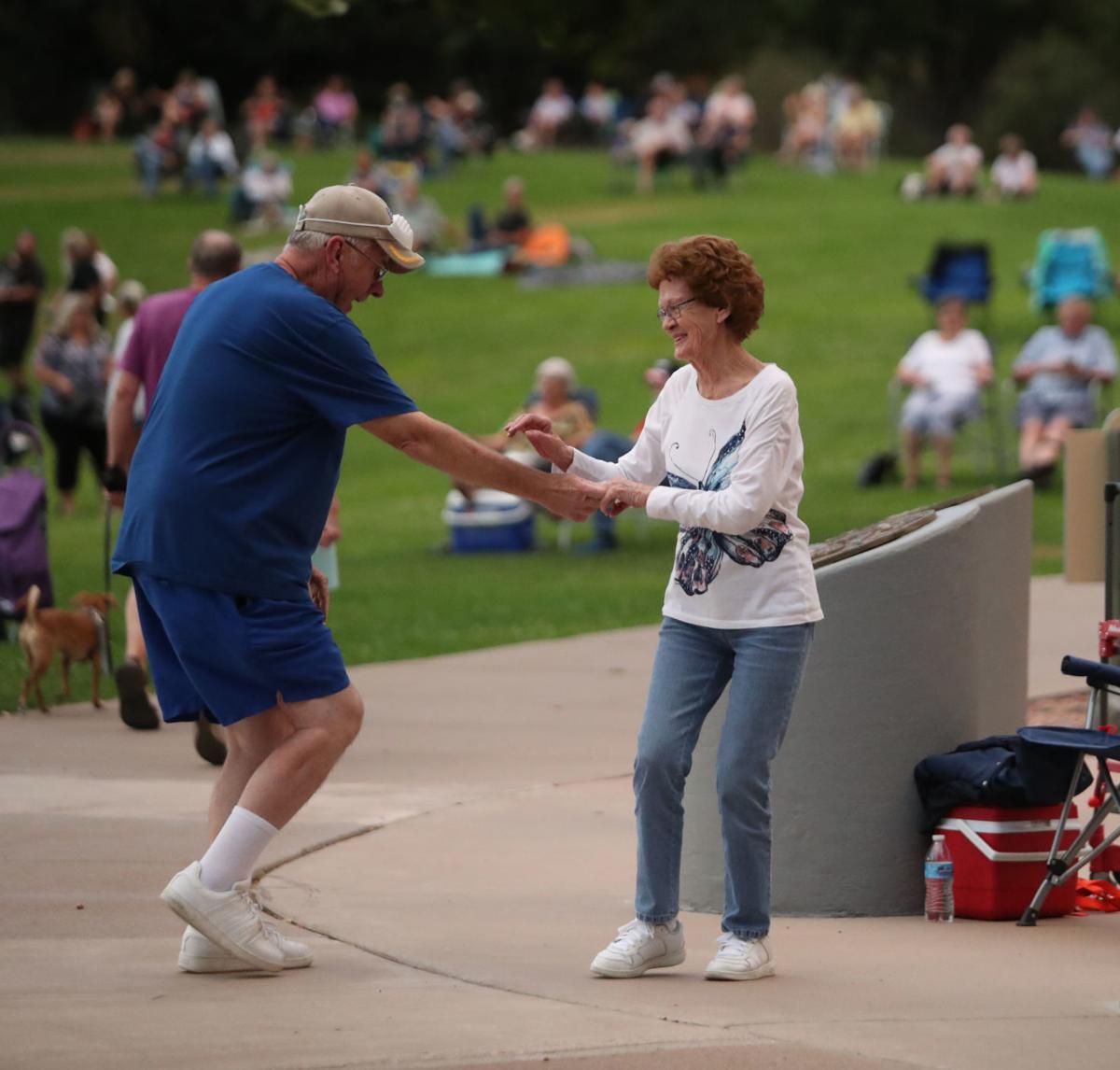 The music moved some to dance. 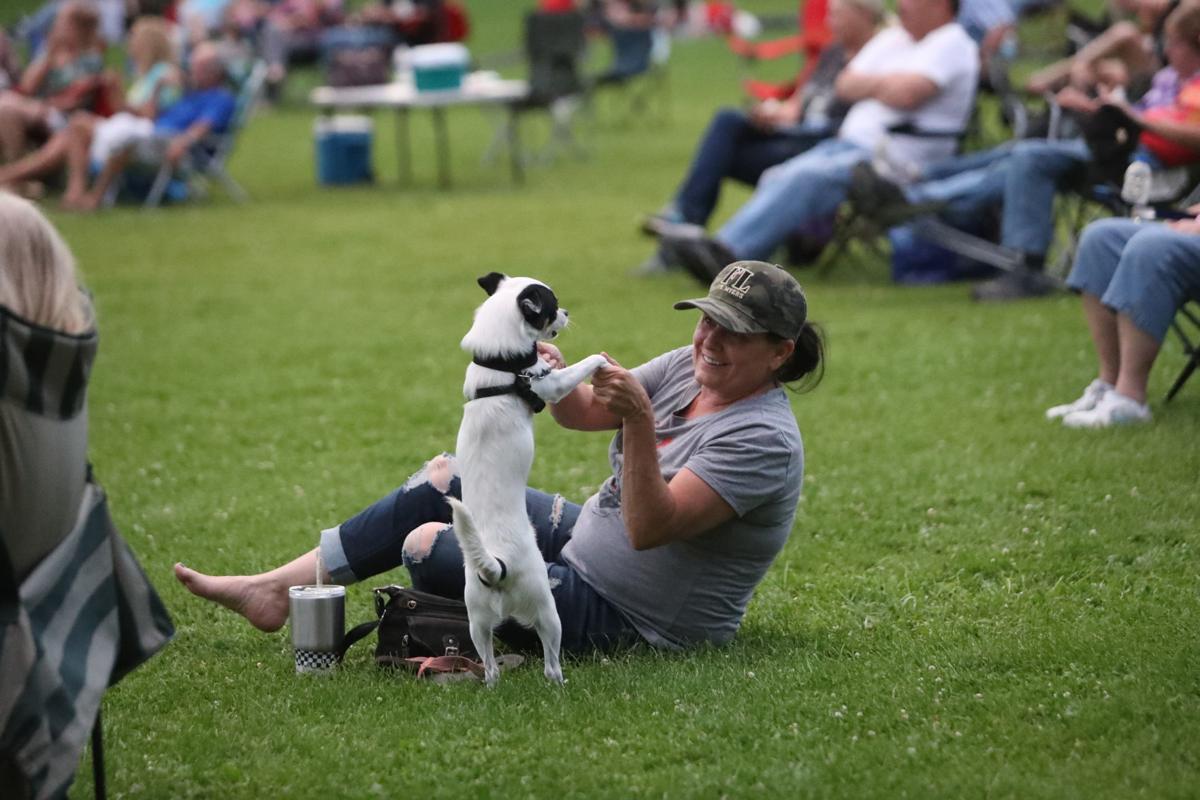 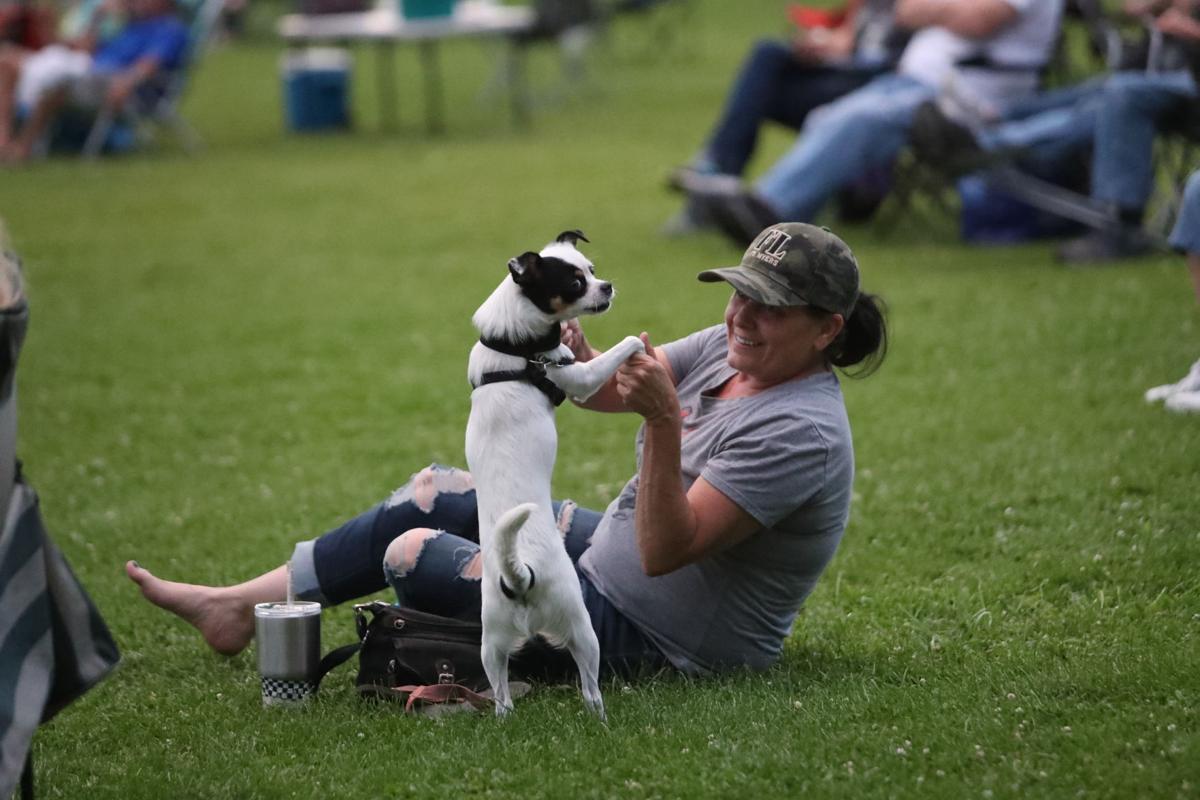 FOG plays before a crowd of about 600 at Green Valley Park on July 11.

A couple dances to the music of FOG.

The music moved some to dance.

The FOG rolled into Green Valley Park on Saturday.

But about 600 people had no trouble seeing and hearing four Payson musicians entertain them with a blend of classic rock, country and blues covers in a two-hour show to end a scorching day featuring triple-digit temperatures.

Fortunately, the temperature dropped enough as the foursome hit the stage at 7 p.m. and throughout the show that folks desperate for a brief diversion from the COVID-19 pandemic that’s turned everyone’s world upside down could enjoy themselves.

They carved out their spots on blankets and lawn chairs on the grass in front of the outdoor stage for the fifth of seven free Saturday night concerts in the Town of Payson’s Summer Concert Series.

A fence surrounded the dance floor directly in front of the stage to prevent people from gathering there, but the music inspired some to groove to the tunes where they were.

FOG features Eric Santana on keyboard and vocals, Les Barr on drums and vocals, Mike Stoll on guitar and harmonica and Gary York on bass. Mark Wicke filled in for York, who was ill.

Randy Roberson read a letter entitled “The Strength of America” that Country Music Hall of Famer Charlie Daniels posted on his blog about his experience in Payson two days after the Charlie Daniels Band headlined the Saluting Our Veterans concert in the parking lot of Mazatzal Hotel & Casino on Oct. 7, 2017. Daniels died on July 6. Santana, Deborah Rose, the Tonto Apache Tribe and about 40 other local businesses made that benefit for local veterans organizations possible.

The Payson Military Honor Guard presented the colors and performed a flag folding ceremony. The flag will be sent to Daniels’ family.

The Payson Summer Concert Series continues with Generation Cover, a premier band that plays a wide variety of covers of audience favorites from Elvis to Adele at 7 p.m. this Saturday and wraps up with a performance by Sol De Ville, a dynamic, high energy seasoned multi-genre band playing country, blues, R&B, soul, funk, pop and original material on July 25.