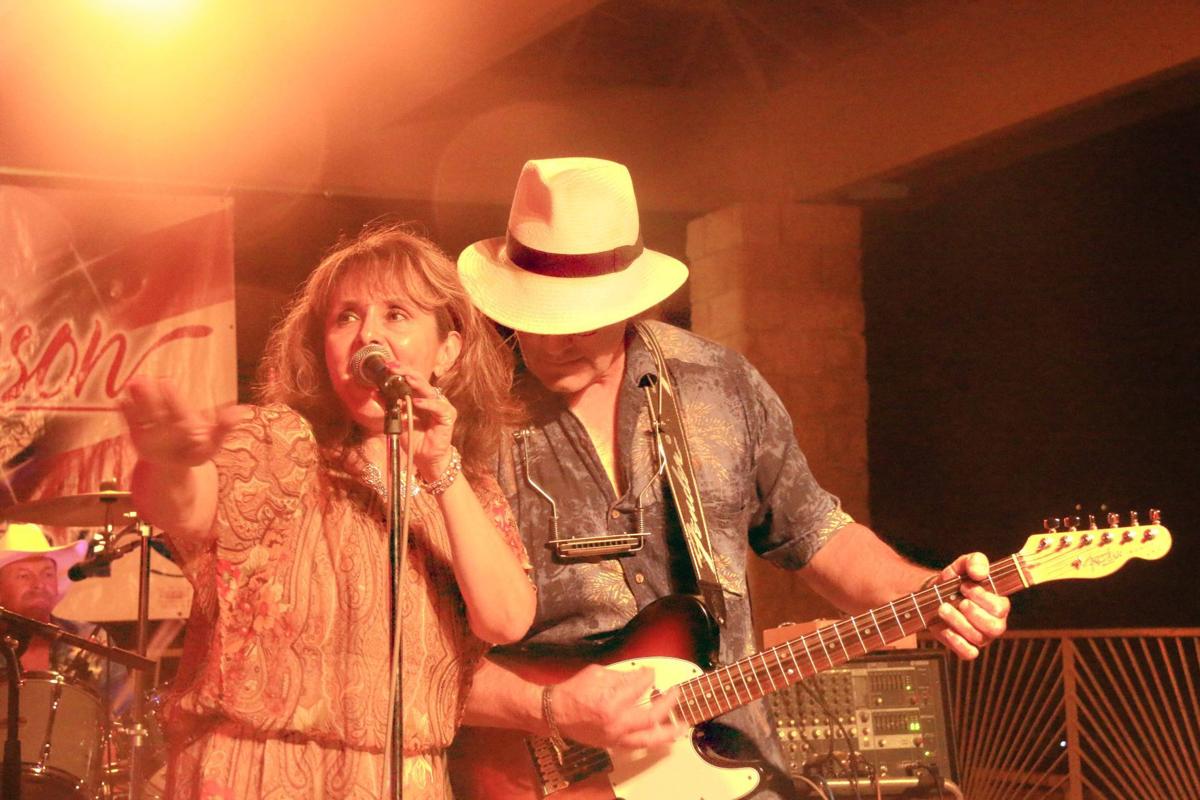 Junction 87 performs during the Saluting Our Veterans Benefit Concert at the Mazatzal Hotel & Casino on Oct. 7, 2017.

Junction 87 performs during the Saluting Our Veterans Benefit Concert at the Mazatzal Hotel & Casino on Oct. 7, 2017.

The coronavirus pandemic is wiping out concerts for musical artists across the globe.

Carpino, a popular Payson artist, is spending lots of time these days at home with his wife, Lu, who is a speech pathologist at Tonto Basin Elementary.

Schools across the state and country have closed for the school year to limit the spread of COVID-19.

Fortunately, the Carpinos have a recording studio called Sound Check Productions in their home, which allows Carpino to stay productive as he crosses off gig after gig on his calendar.

“COVID-19 has directly and abruptly affected my life,” he added. “It seems like overnight all my shows were canceled. So, now I’m basically unemployed — a first for me. As you can imagine, it’s taken an emotional toll.”

And it’s bound to get worse. Carpino normally performs around the state, including at Cruisers Café 66 in Williams, on the Grand Canyon Railway and all over Rim Country. He’s in high demand during the summer months, but the virus hangs over his summer schedule like a dark cloud. It’s just hard to know how many of those shows will take place.

“We’re only a few weeks into this and already I’ve had eight shows canceled,” he said. “If all of April is shut down, we’re looking at another 14 to 16 shows. I’m just grateful this is my slow season. Things really ramp up for me in May.”

As a result, he and Lu plan to perform on the internet.

“We’ll play some music on Facebook Live,” he said. “We’re calling it John and Lu Carpino Live from Sound Check Productions. It’ll be a mini concert. If it goes well, we’ll be doing a series of live performances on the internet.”

The show or shows will feature a digital tip jar “to generate a little income,” he said. “There’s a PayPal link to the tip jar on my website home page.”

Carpino has recorded six albums featuring 73 original songs. All those songs and more are included digitally on a thumb drive you can buy by visiting his website.

“I decided to order the guitar-shaped drives because it gives it such a nice, unique visual appeal,” he said.

“It’s been a pleasant surprise,” he said. “I’m not getting rich but, hey, every little bit helps. I’m just grateful that folks enjoy my songwriting enough to support what I’m doing.”

Carpino is learning as he works on his music between vacuuming and dishwashing gigs.

“I’ve learned that my wife is an extremely patient person,” he said.

He has a message for everyone.

“These are unprecedented times,” Carpino said. “We’re all in this together. Be kind — a small act of kindness goes a long way. Be patient. Stay safe. Keep the faith.”

The country trio, featuring Jim Norman, Bob Lewis and Billy Ichida, are regulars at the Sunday jam sessions at the Buffalo Bar and Grill in Payson and perform all over Arizona. But as bars have been closed and restrictions on large gatherings instituted, they have canceled all of their shows.

And this is the time of year when they get their biggest paychecks, playing at RV parks in the Valley.

But not this year. They had five Valley shows canceled.

“After the third week of March all the Phoenix gigs got canceled,” Ichida said. “Those are very good high-paying gigs.

“I was counting on paying my property tax and homeowners bill with that money. But we just laugh it off. We’ll be all right.”

“I really miss it,” he said. “It’s a pleasure to do that and interact with the audience. Jim and Bob feel the same way.”

All three are staying home these days.

“I’m just setting up my guitars, changing strings, setting up amplifiers, etc.,” Ichida said. “I need to do it so this is the perfect time to do that.”

Ichida has a message for Junction 87 fans.

“Hopefully everybody will stay healthy and we look forward to seeing everybody as soon as possible,” he said.