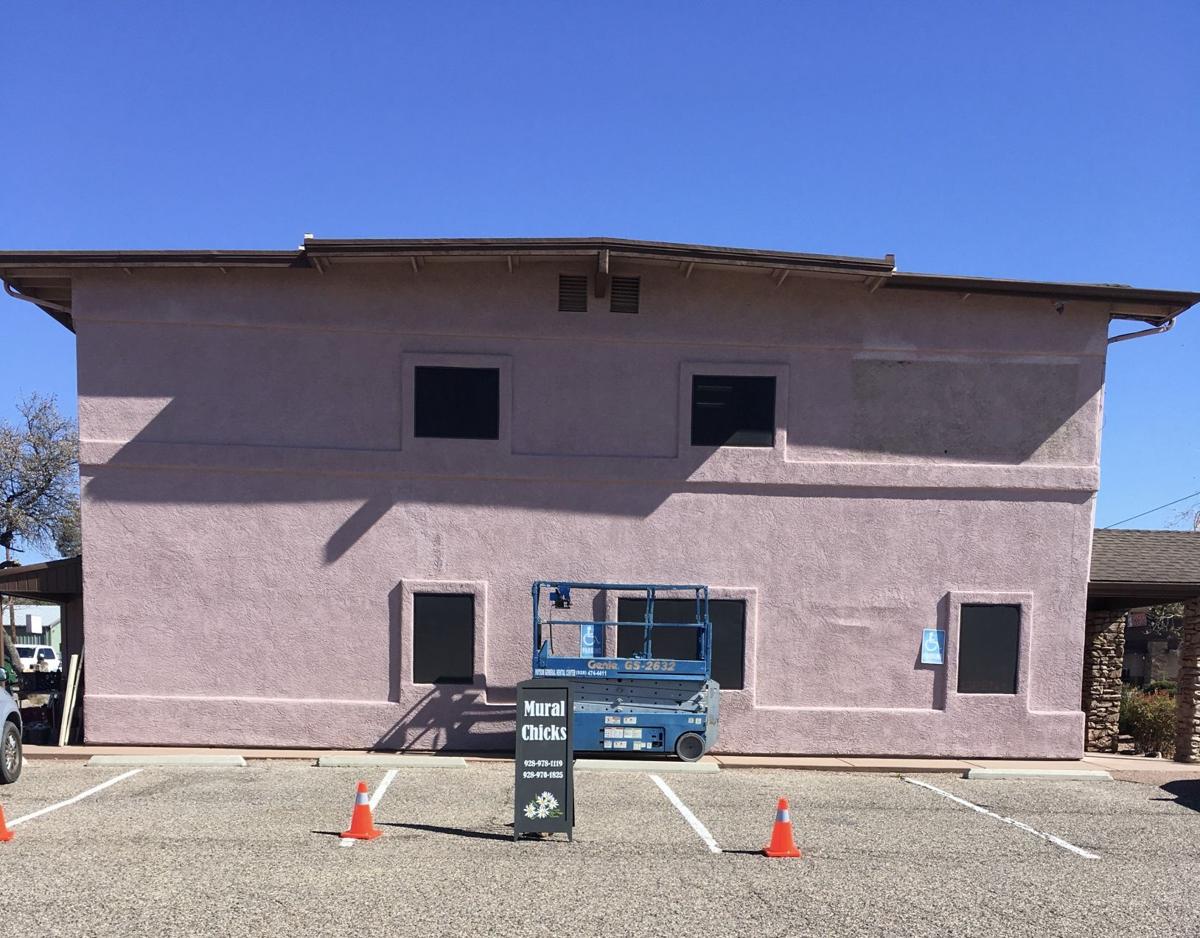 The before photo of the ERA Young Realty & Investment building at 424 S. Beeline Highway. 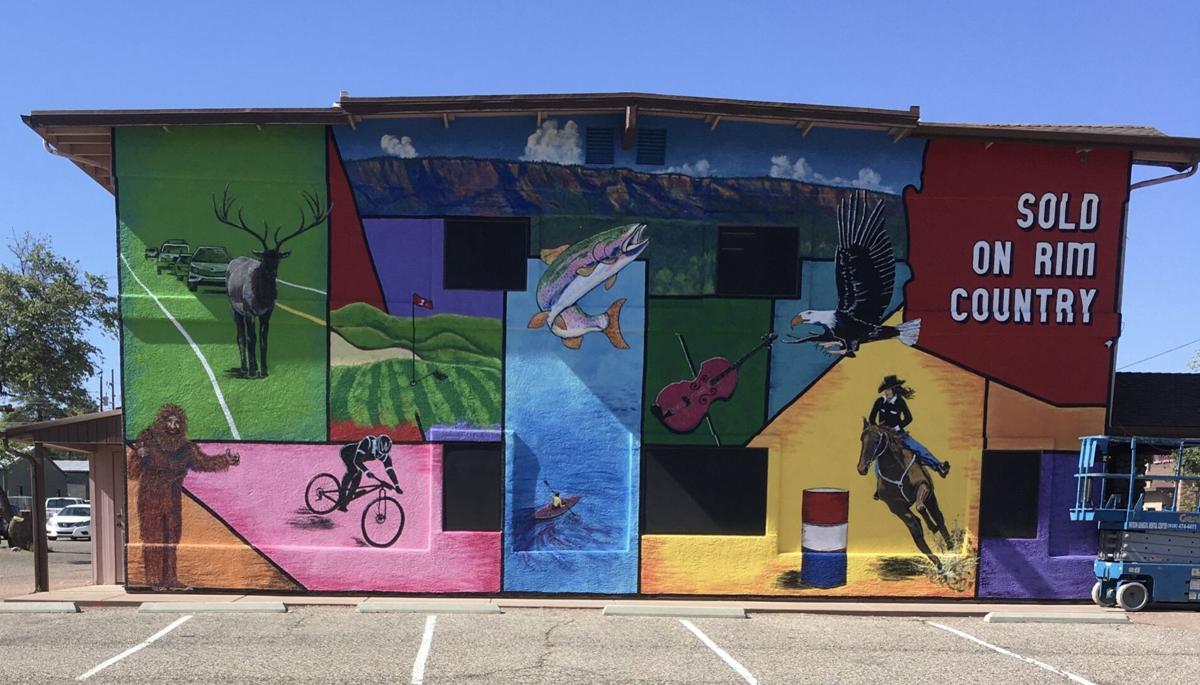 The after photo of the ERA Young Realty & Investment building at 424 S. Beeline Highway in Payson. 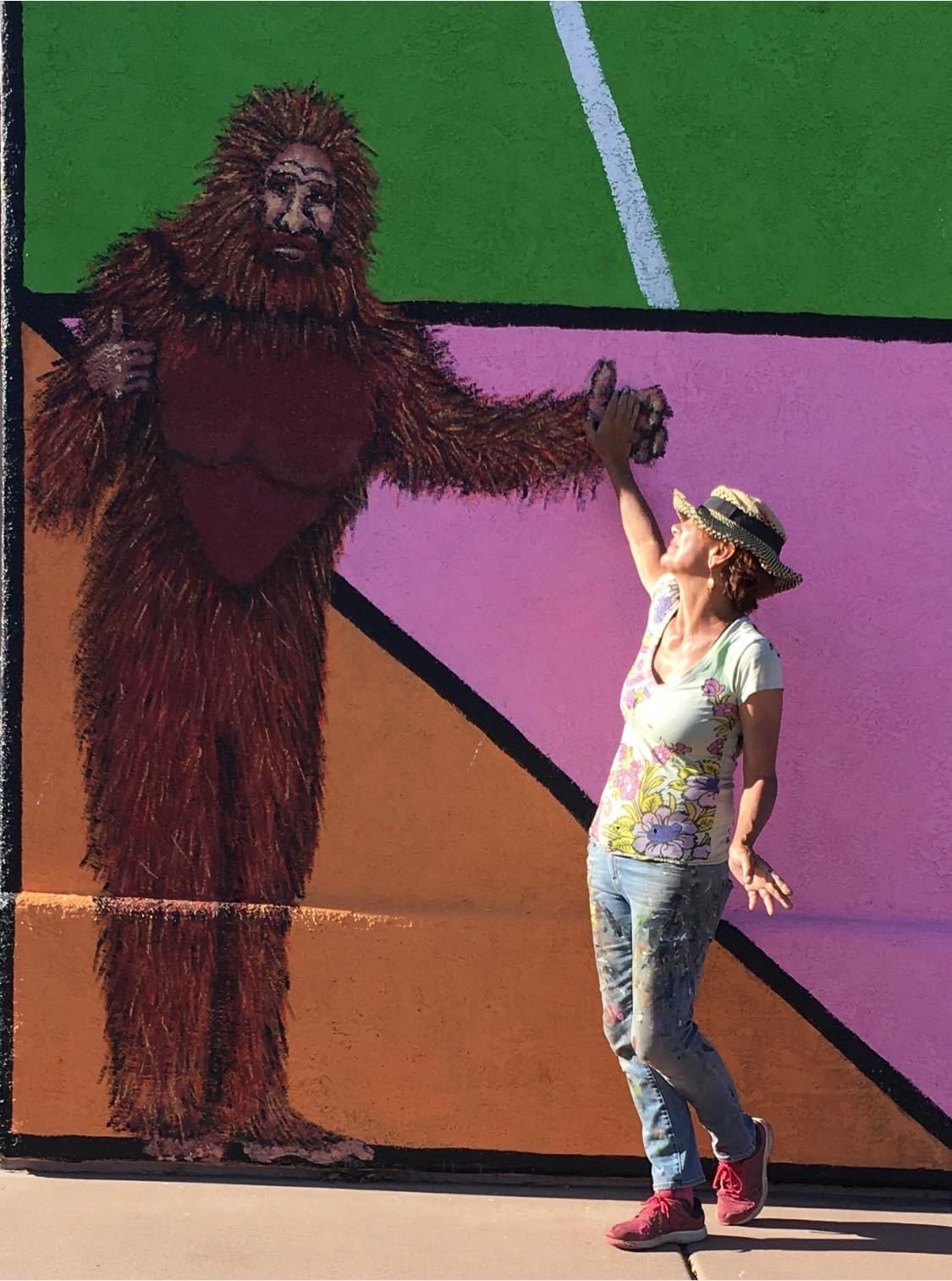 Elizabeth Fowler stands next to the Mogollon Monster she painted on the ERA building to show the scale.

The before photo of the ERA Young Realty & Investment building at 424 S. Beeline Highway.

The after photo of the ERA Young Realty & Investment building at 424 S. Beeline Highway in Payson.

Elizabeth Fowler stands next to the Mogollon Monster she painted on the ERA building to show the scale.

Two women are responsible. Elizabeth Fowler and Minette Hart call themselves the Mural Chicks for good reason. They’ve been busy designing and painting murals on Payson buildings and fences over the past couple of years.

They recently finished their latest project, a 24-foot by 43-foot mural on the side of the ERA Young Realty & Investment building at 424 S. Beeline Highway in Payson.

The mural took the two artists three weeks to complete and differs from the other projects they painted on building and fence exteriors.

The mural captures many places, animals and activities familiar to Rim Country.

When Larry Jones commissioned the Mural Chicks to paint a mural on the building, he was thinking of the company’s slogan “Sold On Rim Country” in huge letters. That’s there, just in the top right corner along with 10 other sections.

“He wanted ‘Sold on Rim Country’ but we think mural, not just a few words, so we met with him and presented him with a mural project and he liked it,” Hart said. “Coming up with the idea was fairly simple when we just thought about Rim Country.”

Thanks to Jones’ decision to commission the work and the talents of the two women, now it’s there for everyone to enjoy.

Jones actually hired them to do the mural more than a year ago but the COVID-19 pandemic delayed the project.

It’s the latest of a growing number of murals the women have done. Others include the mural on back of the Sawmill Theatres, another on the fence by the apple orchard by the American Gulch, one at Rim Country Flowers, a dragon on a red fence surrounding the Zen garden at Mandarin House and the sky blue one on the side of the building housing Danzeisen Dairy Store.

“They’re all different,” Hart said. “They all have their own challenges.”

The ERA mural was perhaps the most challenging of all of them.

“The challenge on this one is the stucco surface, so the paintbrush doesn’t flow easily,” Hart said. “Stucco is rough, boy, let me tell you.”

But it wasn’t the only challenge.

“One of the problems with the building was the four big windows,” Hart explained. “So, there’s these trim bumps and raised areas around the windows.

“What you have to do is forget about those and pretend they’re not there in a sense, you know. So that’s how I came up with the idea of the geometric design dividing it with the black lines instead of just a mural that looks like a painting, which really translates better visually, especially when people are driving along, because they’re individual vignettes of different things instead of a picture. So they all stand out boom, boom, boom, boom, you know.”

And they’re not stopping now.

“The director of the humane society contacted us about doing a mural for them after seeing our other murals, especially the latest one,” Hart said.

Fowler is also the president and Hart the vice president of ArtBeat Rhythm of the Rim, a 501(c)(3) nonprofit whose mission is to support and enhance the arts in Rim Country. ArtBeat donated the Sawmill Theatres mural to the Town of Payson.