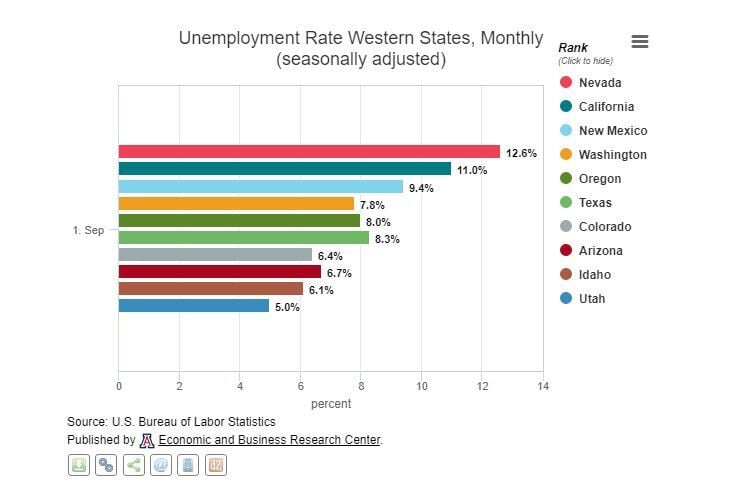 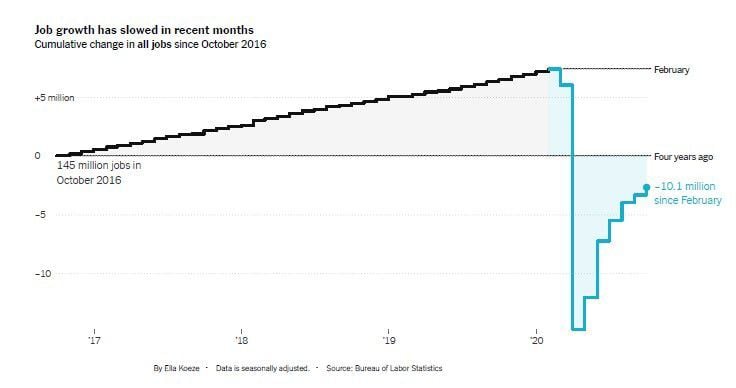 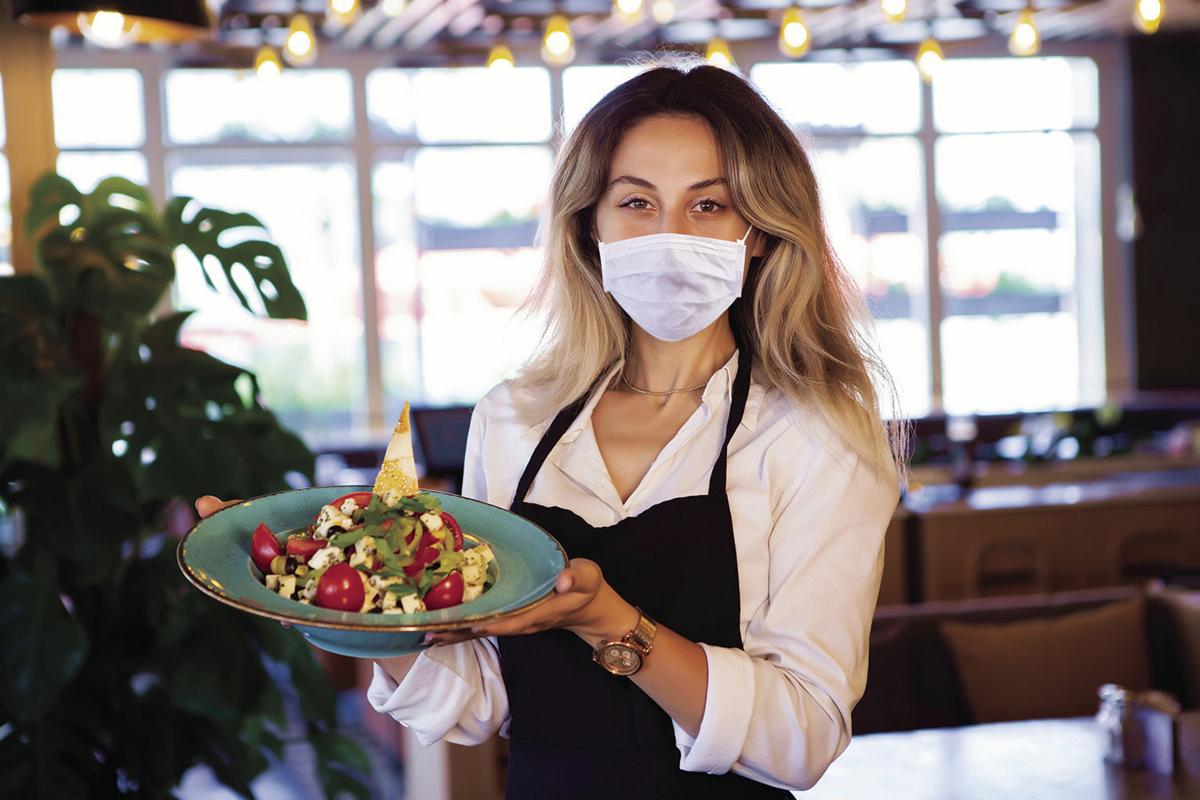 The pandemic hit Arizona’s leisure and hospitality industry harder than any other sector, with a fresh surge in the virus threatening hard-won gains.

The pandemic hit Arizona’s leisure and hospitality industry harder than any other sector, with a fresh surge in the virus threatening hard-won gains.

Arizona continues its recovery from the pandemic recession — but the surge in new cases may threaten those gains.

Gila County has kept pace with the statewide improvement, while other rural counties have generally lagged well behind.

Nonetheless, economists worry that the renewed surge in the pandemic could threaten the steady economic recovery — especially in the absence of fresh help from the federal government.

Gila County in the past two weeks has reported among the highest infection rates in the state — roughly twice the statewide average.

Gila County’s rate nearly matches the statewide average, which likely reflects how little the pandemic affected the area’s crucial tourist economy. Despite a 60% drop in tourism statewide this year, Gila County’s hotel and motel occupancy rate actually increased 23% — thanks to visitors feeling the hottest summer in the Valley’s recorded history.

Gila County’s unemployment rate in September stood at 6.5%, up just 1.3% from a year ago. The county’s rate peaked at 10% in July and has been falling ever since.

Despite the drop in claims, the state’s unemployment system remains overwhelmed and rife with fraud.

The state in October froze 43,000 unemployment accounts to combat fraud. The move comes on top of the freezing of 28,000 accounts in July. The accounts mostly involve “pandemic unemployment assistance (PUA),” the federal funded expansion of benefits and added benefits for part-time and self-employed workers affected by the pandemic. The added unemployment benefits were part of the $3 trillion federal CARES Act stimulus plan, most of which has since expired.

State audits suggest that 15% or 20% of those frozen accounts will prove to be legitimate — in which case people will eventually receive the payments.

But fraud aside, the state’s creaky unemployment system has still not recovered from the avalanche of claims generated by the stay-at-home orders in the spring. It routinely takes three or four weeks to start receiving benefits and some people have waited for months, with no other source of income.

As of last week, the state Department of Economic Security reported that 2,700 people have been waiting for more than three weeks to receive their first check.

As of Oct. 31, DES added more than 70,000 new people to the Pandemic Unemployment. Assistance System (PUA) and 2,700 to regular unemployment. The pandemic assistance not only covered the self-employed and part-time workers ineligible for the state’s regular unemployment, it initially provided a boost of $600 a week to the state’s maximum benefit of $240 a week. The extra payment has been sharply reduced and will expire soon.

The prospects for additional federal help have dimmed with a standoff between Senate Republicans and House Democrats. Without the federal help, Arizona has one of the least generous unemployment systems in the country.

The House has passed a $2.4 trillion extension of the CARES Act, which would include extended unemployment, forgivable business loans, help for local governments and schools and additional payments to taxpayers. Senate Republican leaders have said they favor a much smaller, $500 billion package, which mostly focuses on business and corporate loans and grants.

Last week, the two sides remained dug in, with the White House apparently abandoning efforts to come up with a compromise.

Nationally, the economy continued to add jobs in October — an increase of 638,000, according to the U.S. Labor Department. That included 192,000 jobs in bars and restaurants and 100,000 jobs in retail — both sectors vulnerable to the new surge in COVID cases.

The U.S. jobless rate went from 7.9% in September to 6.9% in October, but more than 11 million workers remain unemployed.

The figures also include a troublesome rise in the number of long-term unemployed. The number of people out of work for more than 27 weeks in October grew 1.2 million to a total of 3.6 million. So a third of the unemployed have been without work for more than six months — the highest level since 2014 and about three times as large a share as just prior to the pandemic.

The number of people forced to settle for part-time work — often without health benefits — has also soared. In October, their numbers grew by 400,000, hitting a total of 6.7 million.

Still, Arizona has so far held its own, faring better than any of the surrounding states.

The crash hit the leisure and hospitality industry hardest, with a 17% decline in total jobs. Other hard-hit sections included mining and logging (-3.7%), manufacturing (-4%), professional and business services (-5.5%) and information (-6.9%).

Other sectors have recovered almost everything lost since April, including government (-1.2%), financial activities (-0.01%), construction (-2%) and transportation (-2.6%).

Still, Arizona has suffered less than many neighboring states.

OR - "Arizona continues a remarkable economic resurgence while under unconstitutional constraints." Even better, Payson economy flourishes to all-time highs. Local businesses enjoying historic sales growth resulting in a nearly 25% increase in city sales tax revenues. Of course, the new mantra is: Only the bad news is fit to be print.