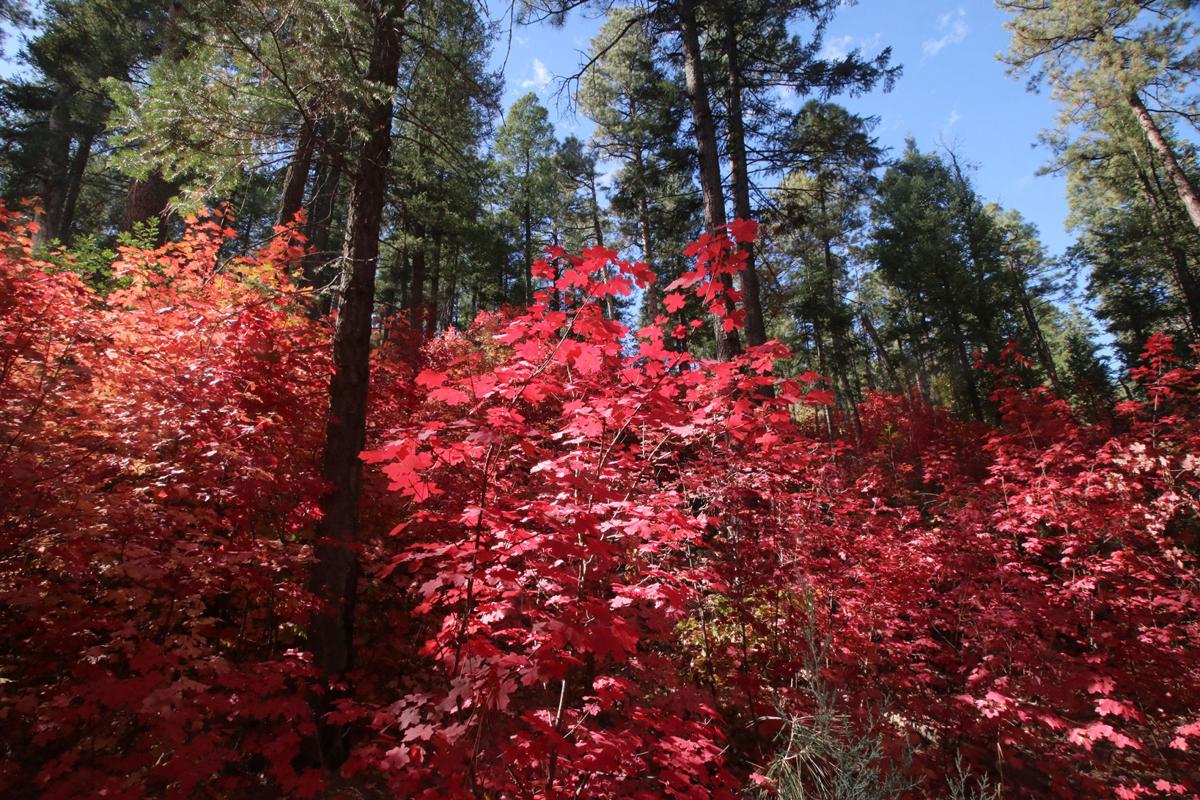 Gila County's rich offering of socially distanced, outdoor recreation may account for how well the tourism industry fared during the pandemic, including the fall colors in See Canyon 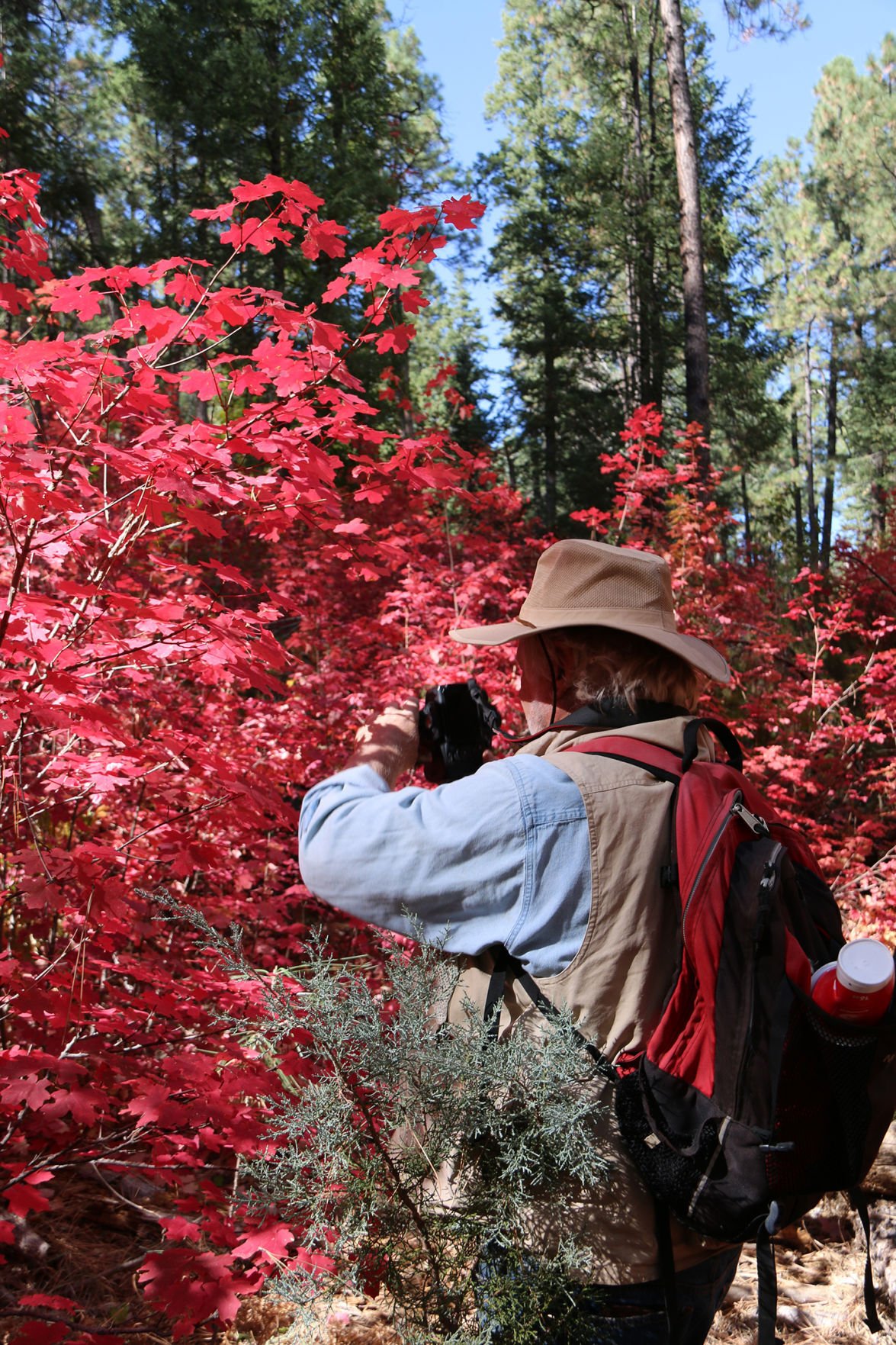 Fall colors continued to draw visitors to Gila County despite a 60% drop in tourism during the pandemic statewide. 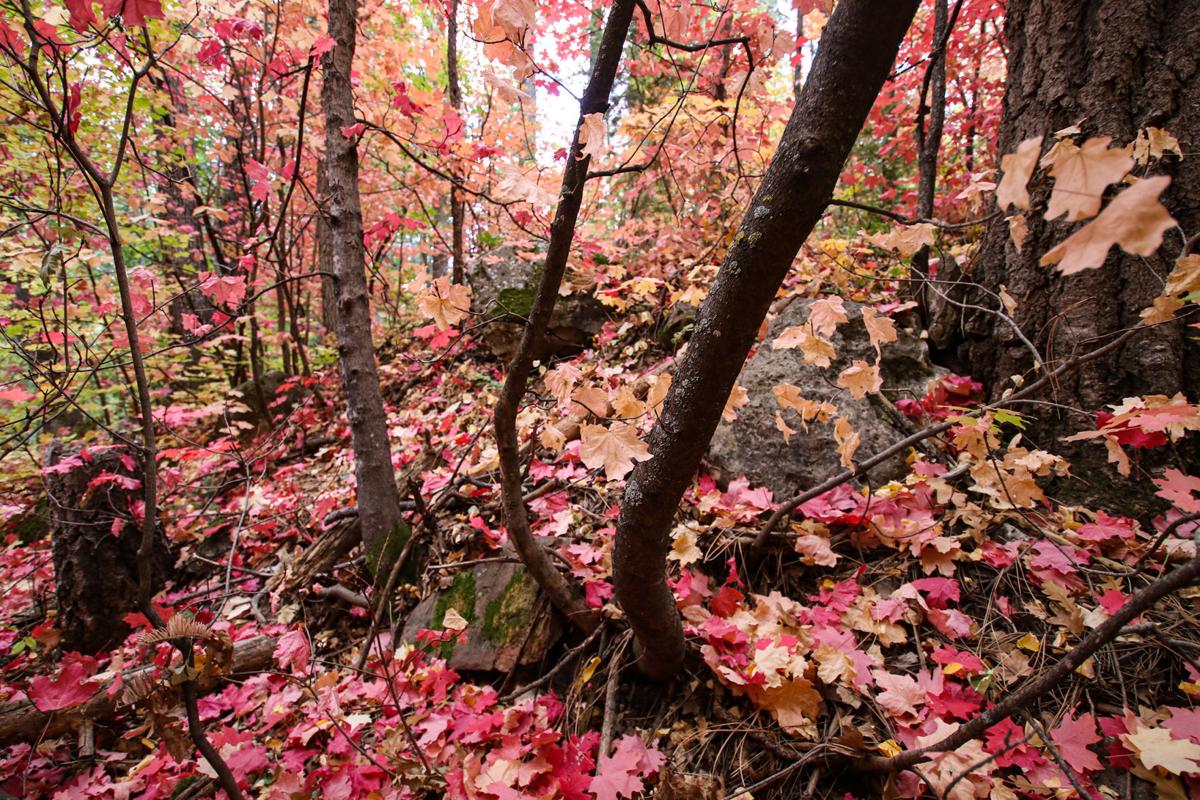 So far this year 96% of the visitors to Gila County have come from the Valley, drawn by things like fall colors in See Canyon.

Gila County's rich offering of socially distanced, outdoor recreation may account for how well the tourism industry fared during the pandemic, including the fall colors in See Canyon

Fall colors continued to draw visitors to Gila County despite a 60% drop in tourism during the pandemic statewide.

So far this year 96% of the visitors to Gila County have come from the Valley, drawn by things like fall colors in See Canyon.

Gila County defied economic gravity this year, shrugging off a disastrous, statewide decline in tourism right on through the pandemic.

Statewide, the tourism industry lost more than half its jobs and suffered a 60% decline in revenue, according to the latest numbers from the state department of tourism.

But Gila County reported a 23% increase in hotel and motel business.

No doubt about it — the tourism industry statewide qualifies as an economic disaster zone, according to the report — with few prospects for improvement as the virus surges statewide.

That includes Gila County — with one of the highest per capita infection rates in the state. In the past seven days, Gila County has averaged 52 new daily cases per 100,000 population. That compares to a statewide rate of 28 per 100,000. For a couple of weeks, Gila County led the state — but now has been overtaken by an even more alarming surge in infections in Coconino, Graham, Yuma and Navajo counties.

So the virus may deliver a second blow to the still sickly tourism industry in the months ahead, this time with no federal stimulus money to cushion the blow.

Still, the October tourism report offers some surprising reassurance to Gila County’s tourism industry, the mainstay of the economy — especially in the northern part of the county.

Statewide, spending by travelers plunged 60% from January to September compared to the same period last year, according to the latest tally by the state department of tourism. That resulted in a $10 billion drop in spending and the loss of 106,000 jobs in the tourism industry. Hotel occupancy dropped 20% — with the average hotel only half full so far this year.

Overall, the $1 billion decline in tourism spending related to the pandemic this year cost the state $44 million in tax revenue — a 58% decline from last year.

Strangely enough, in that same period Gila County somehow reported a 23% increase in the lodging sector, along with several other rural counties.

Gila and other rural counties all rely mostly on in-state travel, while Coconino, Maricopa and others rely more heavily on international travel. Moreover, Gila County offers bountiful outdoor recreational activities a short drive from Phoenix, with temperatures generally 15 or 20 degrees cooler than just 100 miles down the hill. So people in Maricopa County canceled many long-range vacation plans but still indulged in summer getaways built around outdoor activities, Coddington speculated.

“We don’t have the data to say for sure, but we think it’s due to increased interest in outdoor spaces and outdoor recreation during COVID,” said Coddington.

He noted that most of the visitors to Gila County came from Maricopa County. “The proximity to the Phoenix metro area made for an easy getaway. The heat has stuck around so long people were likely looking to escape the heat in September.”

The trend held for many rural counties with mostly hiking, camping, hunting and other outdoor activities to offer. Lodging occupancy climbed 15% in La Paz, 9% in Pinal, 7% in Cochise and 6% in Mohave. However, occupancy plunged 35% in Graham, 30% in Coconino and 26% in Maricopa counties.

Coddington noted that last year between March and October, Arizona residents accounted for 86% of trips to Gila County. That increased to 95% this year.

Still, the resurgence in the pandemic without loans to cushion a drop in visitors poses fresh challenges — even for Gila County.

“This confirms that building visitor confidence through guidance, visible masking and sanitization protocols and controlling the spread of the virus is critical to recovery for Arizona’s tourism industry,” said Tourism Director Debbie Johnson. “People really want to take vacations and we’re making sure they know that Arizona offers great options for every traveler’s comfort level.”