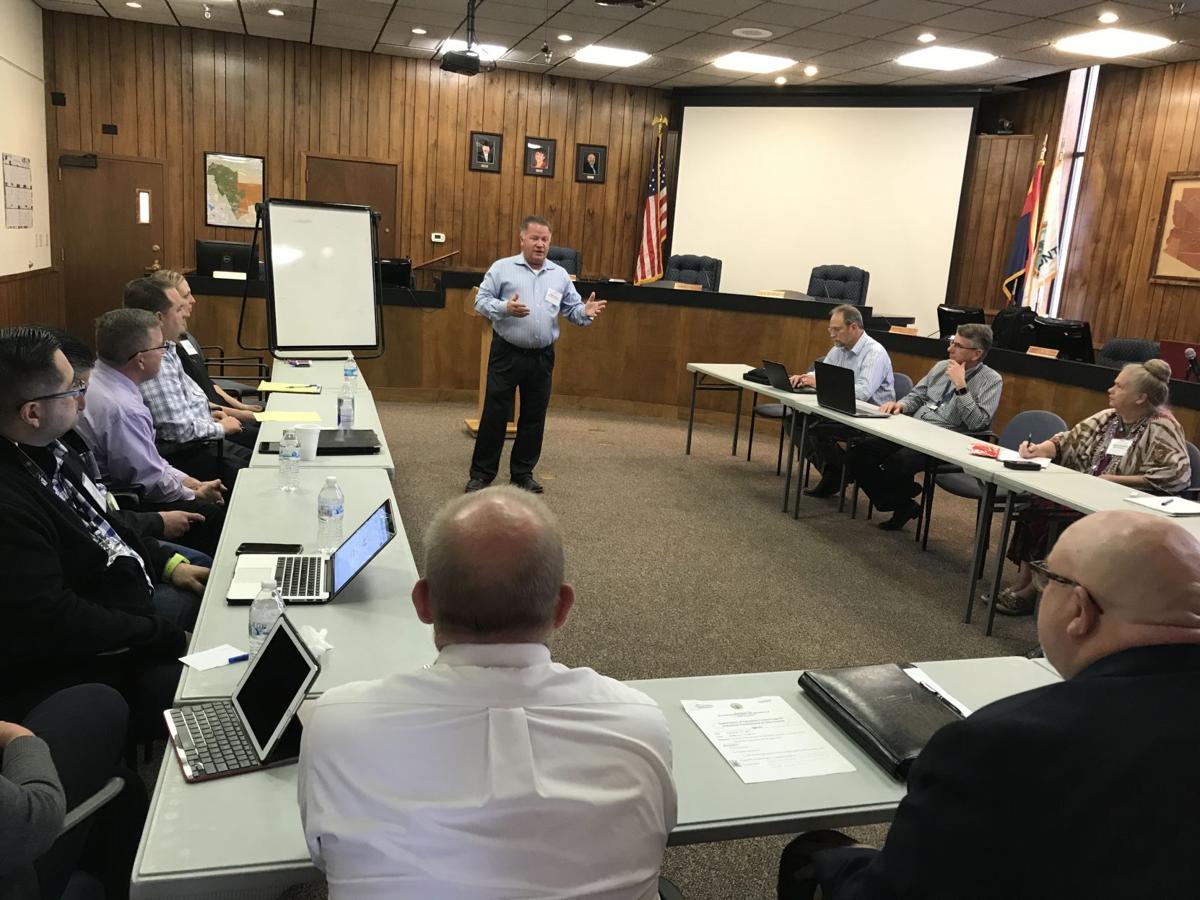 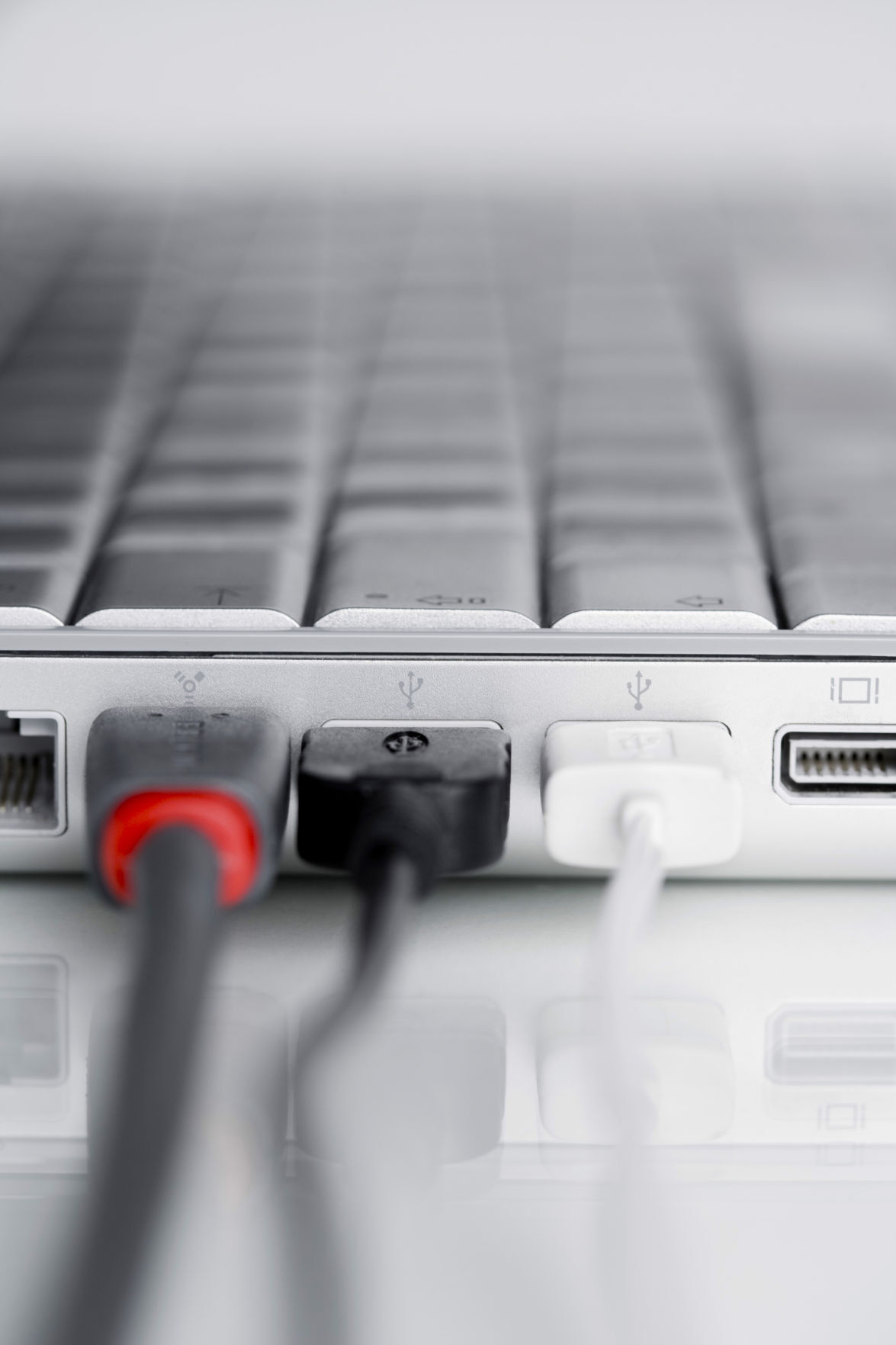 Gila County was awarded a $50,000 grant to develop a plan to bring reliable broadband service to all residents and businesses. 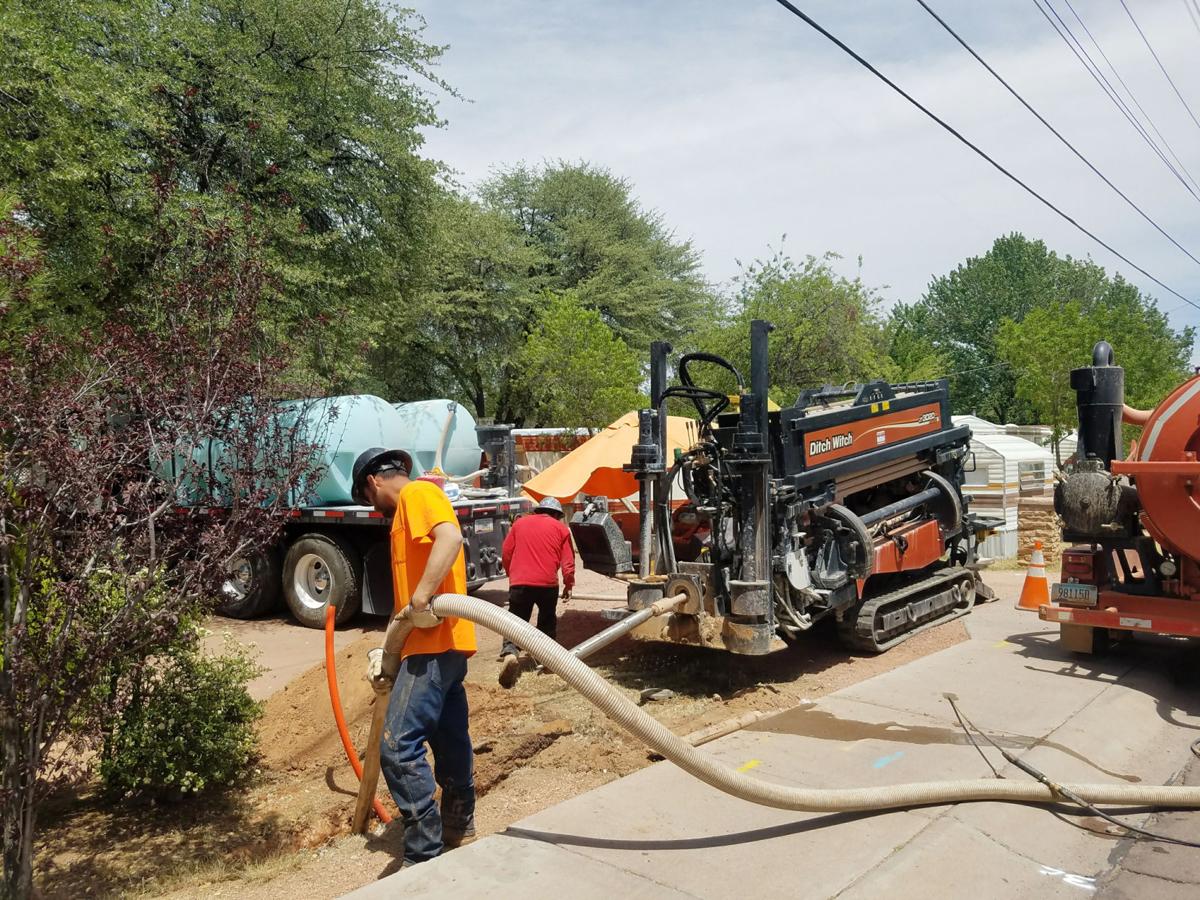 Connecting Gila County schools to broadband with more capacity and reliability spurred a consortium of local residents to improve broadband for all citizens. 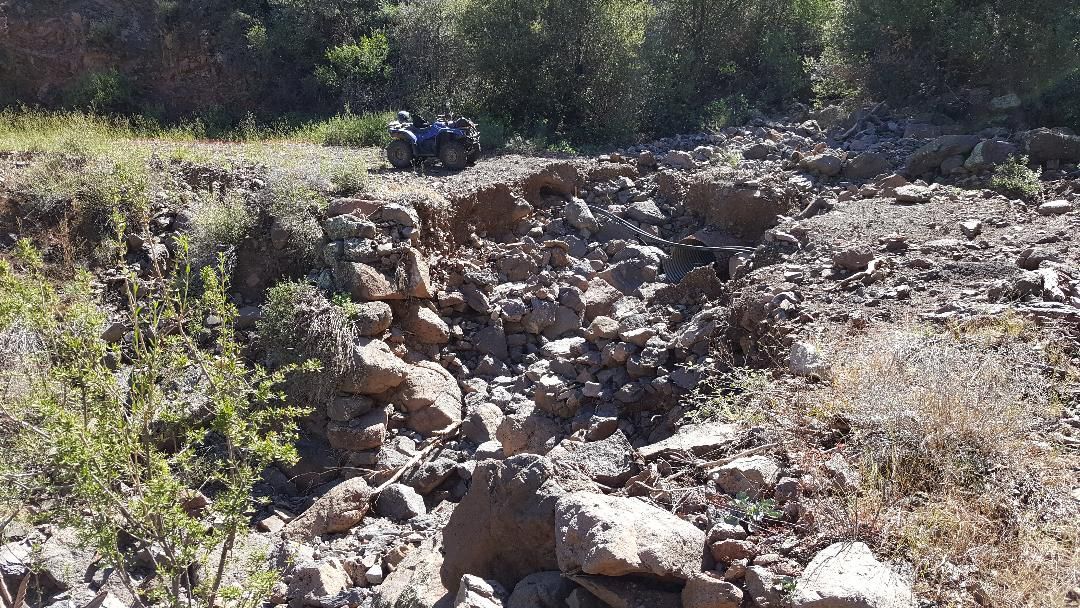 A clogged drain pipe (left) under the Fossil Creek Road left internet and cell phone cables vulnerable. A committee involving Payson, Gila County and businesses has been struggling for the past year (right) to find a way to way to provide high-speed, redundant broadband service. In two recent developments, an anonymous group has pledged to spend millions to improve service and a federal bill to streamline broadband projects is advancing.

Gila County was awarded a $50,000 grant to develop a plan to bring reliable broadband service to all residents and businesses.

Connecting Gila County schools to broadband with more capacity and reliability spurred a consortium of local residents to improve broadband for all citizens.

A clogged drain pipe (left) under the Fossil Creek Road left internet and cell phone cables vulnerable. A committee involving Payson, Gila County and businesses has been struggling for the past year (right) to find a way to way to provide high-speed, redundant broadband service. In two recent developments, an anonymous group has pledged to spend millions to improve service and a federal bill to streamline broadband projects is advancing.

After years of negotiations and struggle, Sparklight has announced a plan to spend $29 million improving the broadband connection in Gila County, which will have the additional benefit of improving internet reliability in the White Mountains.

The project will also include a fiber network from Payson to Show Low, where Sparklight will then utilize an existing network which runs between Show Low and Winslow, potentially providing an internet loop that will reduce sometimes debilitating internet outages in the White Mountains. Sparklight is already the major internet provider in Show Low. However, the project will not provide such a reliability-boosting loop in Rim Country, unless other internet providers decide to plug into the new line.

Payson will get a connection through Heber within months, as part of the fiber backbone project which includes an 84-mile build from Show Low to Payson, thanks to a $2 million investment by the MHA Foundation.

“The grant provided by the MHA Foundation was instrumental in accomplishing this build to Payson,” said Ken Conner, Sparklight’s director of market development. “The foundation has a vision to attract businesses and education institutions to Payson, and MHA realized an internet network which rivals any Tier 1 city was critical to the town’s development.”

The bulk of the remaining $27 million will come from the federal government’s E-rate program to improve internet connections for schools and libraries.

The increased speed and capacity comes just in time for school districts struggling to make a big leap forward in distance learning in the midst of the pandemic.

However, it’s unclear whether the project will finally solve the internet reliability problems that have plagued the region, thanks to the lack of a looping infrastructure that can re-route the signal if there’s a cut anywhere along hundreds of miles of line.

“We have witnessed firsthand just how critical a reliable and robust connection to the internet has become during the COVID-19 pandemic,” said Chris Boone, vice president of business services for Sparklight. “We thank the multiple partners and agencies that have helped us make this project a reality.”

Sparklight officials said “schools and libraries will have the bandwidth needed to support the usage demand caused by online curriculum.”

The Gila County School and Library project consists of 200 miles of fiber network connecting to 21 locations, including those in Pine, Tonto Basin, Young, Winkelman and Peridot. In addition, the project connecting Show Low to Payson is 84 miles and inside the town of Payson another 10 miles for the ePON network, for a grand total of nearly 300 miles of fiber network. The ePON network in Payson and Star Valley will provide data services of up to “5 gigabites per second for both uploads and download speeds,” comparable to the fastest systems in the biggest cities. However, connections to homes and businesses offered by other companies connected to the new line might not fully support those speeds. The three projects will rely on the $2 million from the MHA Foundation, $1 million from the Arizona Commerce Authority, $2 million from the state of Arizona and $18 million from the federal E-rate program.

These projects will boost capacity and speed for most of the school districts and libraries in the region, including Payson schools and the entire county library system.

The $29 million project would connect the existing Sparklight line that dead-ends in Heber to the existing line in Winslow. Conner confirmed that stretch of new fiber will reduce the odds of an outage due to a cut along the fiber in Navajo and Apache counties. However, in email responses to questions, he indicated the new line from Heber into Payson won’t necessarily solve Rim Country’s problems with outages caused to a cut in the fiber — whether by squirrels or backhoes.

Past outages from other providers have lasted for days, knocking out both internet and cellphone service. This has caused at least one death, when bystanders couldn’t call for help to save an accident victim on the Beeline Highway. The driver who died had ventured down the highway trying to get a cellphone signal.

In the email exchange, Conner indicated that the plan at this time does not include an additional fiber network connecting Payson to Phoenix.

However, the Arizona Department of Transportation this week announced plans to seek partners to lay high-speed internet connections along major highways. This could provide a feed for real-time traffic information along the highway. This could ultimately provide a way to add another connection between the White Mountains, Rim Country and Phoenix — providing the long-sought redundancy. The federal government has made billions of dollars available to boost internet connections in rural areas — especially in the wake of the pandemic. Gov. Doug Ducey has also launched a multi-million-dollar effort in Arizona.

So far, Sparklight has not struck a deal with CenturyLink or Suddenlink to connect to its new high capacity line coming into Payson from Heber. Currently, the CenturyLink trunk line runs from Phoenix to Camp Verde. A spur line then runs up into the Payson area. Cuts along that stretch of line have caused most of Rim Country’s outages. Suddenlink provides service to homes and businesses, using the feed from the CenturyLink line.

CenturyLink is a global company founded 90 years ago with $23 billion in annual revenue, 45,000 employees and 5.4 million broadband customers. The company has been criticized for major outages across the country, including prolonged loss of 911 services. Sparklight, formerly Cable One, has 900,000 customers in 21 states and was founded 34 years ago.

Frustrated by the slow progress in bringing reliable high-speed internet to the whole community, Gila County Dist. 1 Supervisor Tommie Martin pushed for a county study to investigate whether the county could provide home and business internet service.

The federal E-rate money will only pay for improved service for schools and libraries. If Sparklight wants to build in extra capacity for homes or businesses, it can upgrade the fiber at its own cost. Sparklight can reportedly add business customers right along the path of the new fiber, but would have to build a whole new infrastructure that would duplicate the CenturyLink and Suddenlink local network to provide services to homes and businesses further from the new trunk line.

Currently, cellphone carriers like Verizon contract with CenturyLink to carry their signal — which is why cellphone service goes down when the internet line goes down. Verizon and other carriers could probably contract with Sparklight once the signal gets to town. However, this would still leave Rim Country with two dead-end lines — neither one offering looped, redundant service unless CenturyLink and Sparklight strike a deal.

Who will get connected: