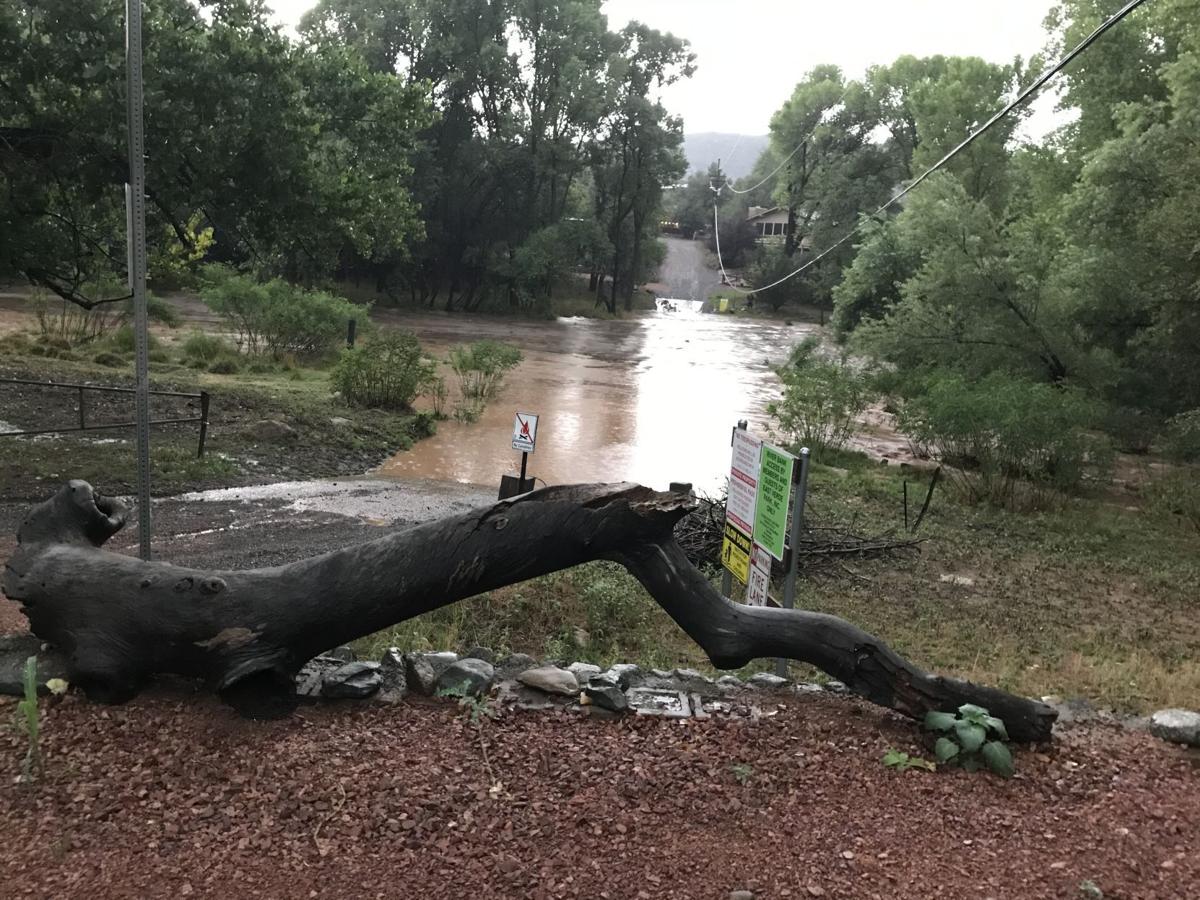 Monsoon storms have caused flooding throughout the state in the past week, but also tamed a dangerous fire season. 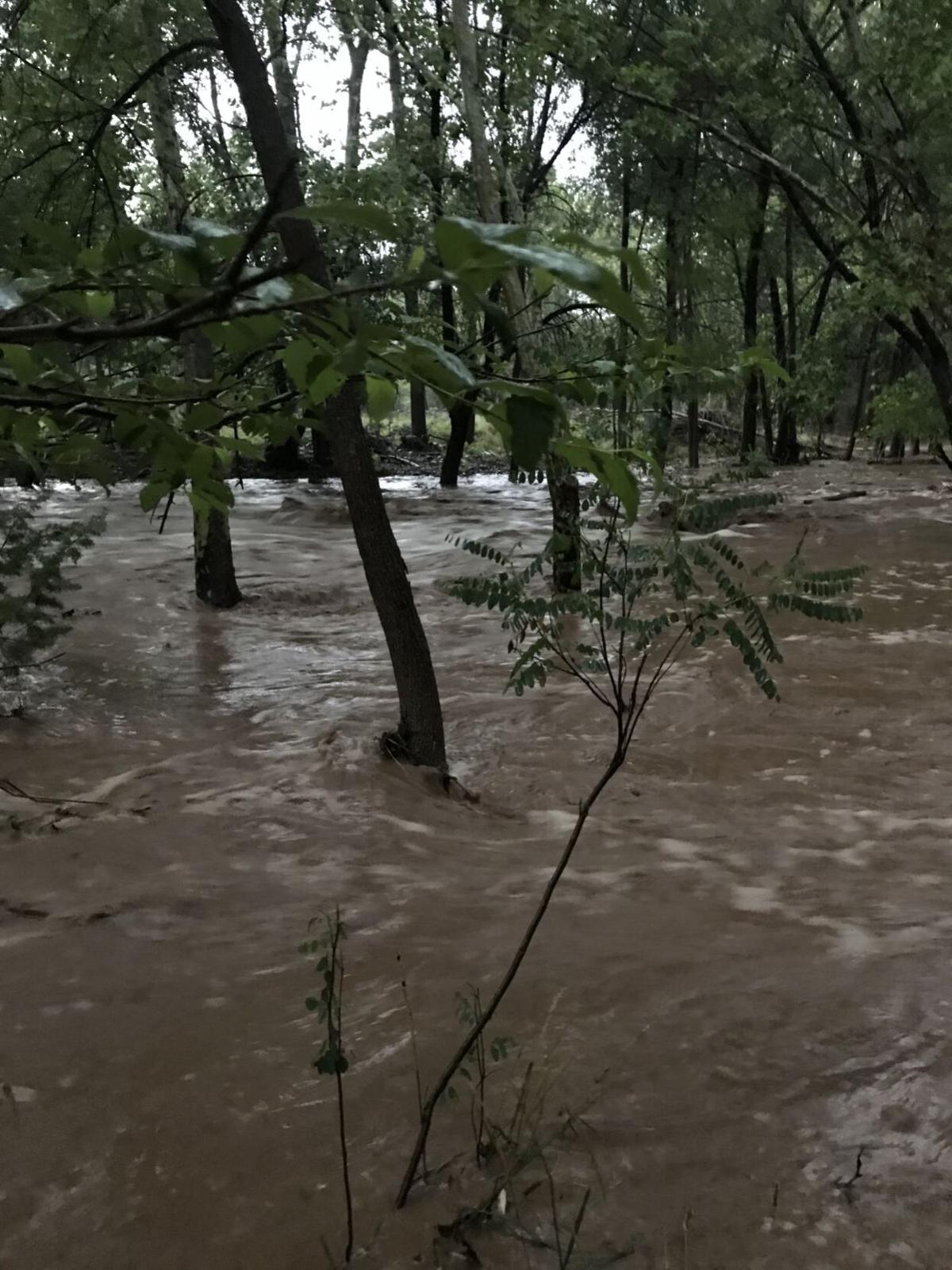 The East Verde River overflowed its banks after a monsoon storm on Friday, isolating East Verde Park for hours. 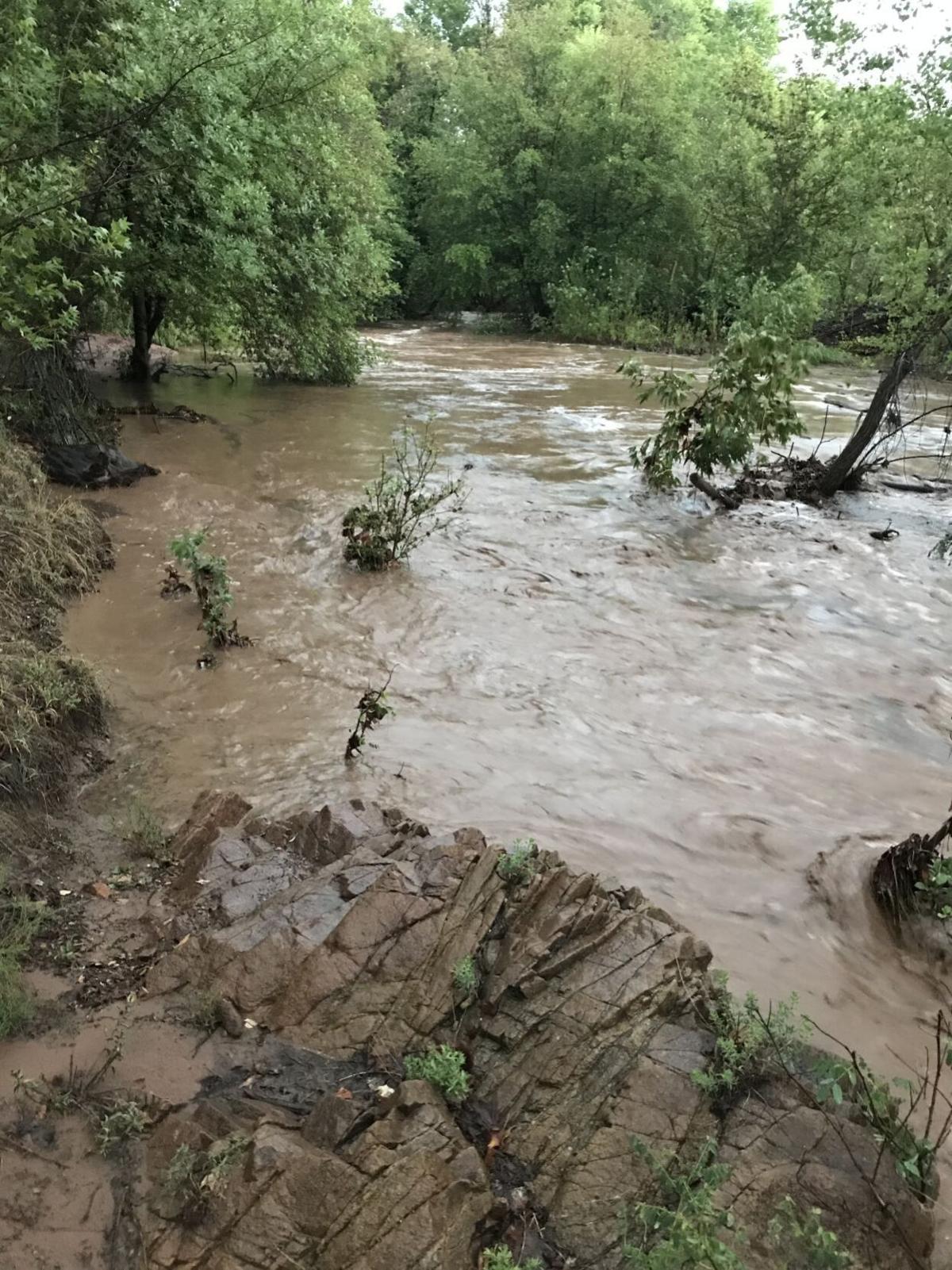 Monsoon storms have caused flooding throughout the state in the past week, but also tamed a dangerous fire season.

The East Verde River overflowed its banks after a monsoon storm on Friday, isolating East Verde Park for hours.

From fires to floods, without a chance to catch your breath.

A steady stream of monsoon storms have tamed a frightening array of wildfires — at least in Arizona.

However, they’ve replaced the wildfire evacuation orders with lethal floodwaters in some areas — with up to five inches falling in a single storm in scattered areas from Flagstaff to the White Mountains in the past week.

That’s still better than what’s happening in California, Oregon and other western states, suffering one of the worst wildfire seasons in history — with no end in sight.

Coconino County last week tallied more than $2.6 million in infrastructure damage to streets, stormwater systems and drainage systems from flooding. Road crews cleared 20 tons of debris from roads in a couple of days.

Flooding closer to home also cut off East Verde Estates on the outskirts of Payson for six or seven hours on Friday, with the almost-dry creek rising to shut off the two crossings into the community.

Gov. Doug Ducey has declared a state of emergency, in hopes of snagging federal funding to help cope with the flood damage.

Flagstaff also declared an emergency, as cars floated downstream on floodwaters. The storm came on top of a heat wave that has been setting records in Flagstaff.

Floodwaters also crashed through the Grand Canyon, killing one person on a canyon rafting trip.

The forecast calls for the monsoon to continue, with a solid chance of rain almost daily in Flagstaff, Payson and Show Low throughout the coming weekend. The chance of rain comes yolked to higher-than-normal temperatures.

Payson, Flagstaff and Show Low all have a 40% to 60% chance of daily rain on into next week, with highs cooling from the 80s to the 70s over the weekend. The monsoon totals in most areas are well above the long-term average — after a painfully dry winter and spring.

Storms that delivered 2 or 5 inches of rain in a matter of hours in Flagstaff caused at least $2.6 million in damages last weekend. Flagstaff normally gets about 2.4 inches of rain in the entire month of July. But one storm dumped 5.2 inches of rain on the denuded slopes burned by the 2,000-acre Museum Fire in 2019, causing flash floods and debris flows.

The Coconino National Forest had no immediate report on rainfall on the still smoldering slopes of Fossil Creek, charred by the Backbone Fire, which earlier in the month forced the evacuation of Pine and Strawberry. Forest Service officials worry that heavy rainfall on the freshly burned slopes could cause debris flow — filling the creek with silt and debris. Fossil Creek has become one of the state’s most popular recreation areas, as well as a refuge for native fish and many other threatened and endangered species.

Fortunately, the canyon bottom didn’t burn as the Backbone Fire raced up the canyon. Most of the slopes in the canyon suffered only moderate severity burns, since they’re mostly covered in chaparral rather than timber, according to a burn severity map issued by the Forest Service. However, mudflows off the slopes above could smother the creek and its thriving population of endangered native fish, just like erosion after the Dude Fire wiped out a recovering population of Gila trout in Dude Creek.

None of those fires currently threaten communities or are growing rapidly, thanks mostly to the moderating effect of the monsoon.

But the rest of the west is facing an entirely different situation, with giant fires burning in many states and no monsoon pattern to end what’s turning into a nightmarish fire season in the face of one of the worst droughts in 1,000 years and an unprecedented heat wave in the Pacific Northwest.

The worst fire right now’s the Bootleg Fire, which has burned more than 340,000 acres in Southern Oregon. The fire’s burning so hot in forests normally too wet to sustain major fires that it’s creating its own weather. The towering cloud of superheated air has risen to the elevation at which jetliners travel at more than 30,000 feet. The fire plumes spawn lighting and can create 140-mile-an-hour winds. The fire has reportedly generated rare “fire tornadoes,” swirls of superheated air and debris thousands of feet across and rising thousands of feet into the air.

The collapse of these plume-driving fires when the top cools in the frigid upper atmosphere can drive flames in all directions at ground level, jumping fire lines and endangering firefighters. The collapse of a plume-driven fire killed six firefighters battling the Dude Fire off the Control Road in Rim Country some 30 years ago.

The fire-driven weather conditions pose an extreme danger to the 2,200 firefighters on the line, making the fire almost impossible to fight close up.

But the Bootleg Fire is just the worst of scores of fires burning across the west, with major fires now in Washington, Oregon, Idaho, Montana, Colorado and Utah.

Arizona and New Mexico — which suffered the worst fires in May and June — have been spared only by the onset of the monsoon.

Meanwhile, despite the monsoon rain — the drought retains its grip on the region.

Lake Powell and Lake Mead have both fallen to about a third of their capacity. The US Bureau of Reclamation plans to release water from upstream reservoirs to at least keep the hydroelectric pumps at the base of Hoover and Glenn Canyon dams operating. The continued dwindling of the reservoirs will likely force serious water rationing in Arizona and Nevada.

The reservoirs fed by the Salt and Verde rivers are doing better, so far.

Lake Roosevelt has dwindled to 66% full, but the smaller downstream reservoirs are still more than 90% full. The dams on the Verde River are down to about 30% full — compared to 66% full a year ago at this time.

Fortunately, the healthy monsoon this week gushed down the Salt River — which had 400% of tis normal flow at midweek. The Verde River had 135% of its normal flow.

Unfortunately, the monsoon rains haven’t done much for the C.C. Cragin Reservoir, operated by the Salt River Project. The reservoir’s still at just 20% of capacity. The reservoir never filled after the winter runoff this year, so Payson never got much of its 3,000-acre-foot allotment and SRP hasn’t been releasing water into the East Verde to flow down to Phoenix.

As a result, before last weekend’s flooding, the East Verde had all but dried up except in a few area where rocks force water to the surface — like Water Wheel. The monsoon rains have partially restored the river for now, but stream levels drop between each storm system.

Throughout the west, fire seasons have been growing longer and more intense.

This year will likely top the record set in 2020, with 58,000 fires burning 10.2 million acres — compared to the average in recent decades of about 6.7 million acres, according to the National Integrated Drought Management System, run by the National Oceanic and Atmospheric Administration (NOAA).

About 89% of the West ins in drought, including 25% in exceptional drought — mostly in the four-corners states of Arizona, New Mexico, Utha and Nevada.

So brace for flooding — but don’t forget to count our monsoon blessings.