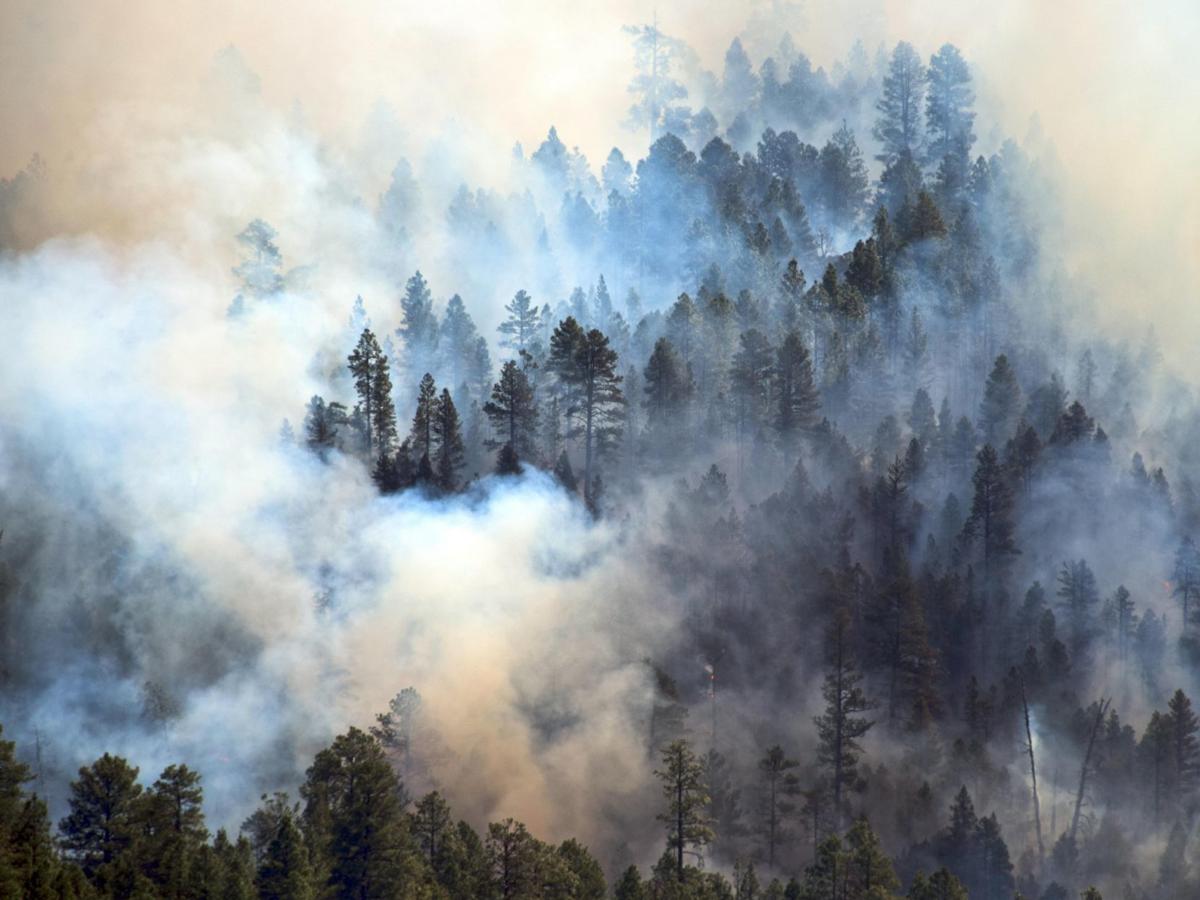 The Forest Service won’t undertake controlled burns this spring to prevent firefighters from gathering in groups in which they might spread COVID-19.

But it comes with a price tag: Controlled burns and managing natural fires in the cool wet months remains a crucial weapon in preventing megafires.

In recent years, the Forest Service has embraced both managed wildfires and prescribed fires as ways to thin the dense thickets of trees on millions of acres in northern Arizona.

Prescribed burns and managed fires have so far treated far more acres than projects like the Four Forest Restoration Initiative. So skipping a whole season of burning threatens forested communities. Mechanical thinning efforts have nearly stalled thanks to the lack of a market for the wood scraps, saplings and downed wood. The Arizona Corporation Commission last year crippled efforts to develop a market for biomass-fueled power plants by not issuing a biomass mandate for power companies.

One study published recently in the scientific journal Ecological Applications hints at the cost of the delay in both thinning and low-intensity burning.

Such projects reduced by about 15% the tree mortality in the Sierra Nevadas between 2012 and 2016, according the University of California, Davis research.

The researchers monitored tree deaths in 2017 on 10 experimental plots in the central Sierra Nevadas. The researchers studied the effects of both drought and pine beetle outbreaks on ponderosa pine, sugar pine, white fir and incense cedar. They compared deaths from drought and beetles among trees in burned or thinned plots to those in untreated areas.

Lead author Christina Restaino in a release said, “There are currently too many straws in the cup. Denser forests use more water. We’re learning that fuel treatments used to reduce fire risk have multiple benefits. Forests that are more open and less dense are stronger in the face of insect outbreaks too. By thinning forests, we can reduce water stress and make forests more resilient to drought and climate change.”

Another study linked the mass die off of 17% of Colorado’s aspen forests from 2000 to 2003 to decreased rain and snow combined with warmer temperatures.

The dry, warm conditions hampered the ability of the trees to pump water out of the ground and into their leaves, leading to tree death that persisted for a decade after the drought, according to the study published in Global Change Biology by researchers from Carnegie Institution.

The researchers traced certain radioisotopes in the water that revealed whether it came from shallow sources or deeper down. They discovered the aspen relied heavily on water close to the surface. This made high summer temperatures especially damaging, since the heat rapidly dried out the soil close to the surface.

Yet another study found that trees pursue different strategies to cope with drought — and the relentless competition for water in a thick, overcrowded forest.

Ponderosa pines take the long view, closing up the pores in their leaves and sharply decreasing their use of water. This helps them survive at the cost of sharply lowering growth rates, according to the University of Washington researchers publishing in the journal Global Change Biology.

The researchers suggested the ponderosa pines, which live for 600 to 800 years, have evolved to “hunker down” during a drought. This enables them to survive repeated droughts in their long lifetimes.

The aspen only live for 100 years or so — although their underground root mass may last much longer. The aspen try to sprint past the drought. That works for a short drought, but has made them vulnerable to the kinds of decades-long mega-droughts that hit the western U.S. starting in about 2000.

Tree thickets compound the impact of drought. Densities in the ponderosa pine forest have risen from about 50 per acre to more like 800 per acre in the past century, thanks to grazing and fire suppression.

The first responders are under 70 without secondary morbidity challenges. No one in AZ had died with the physical/physiological characteristics of our first responders = They are in NO mortal danger!. However they will definitely be in mortal danger if we have an out of control fire event.

Actually, the law of incompetent bureaucrats. What is more essential than preventing a repeat of Paradise California here in Payson?????

On the same day that the federal government announces they are opening the National Parks, the Forest Service closes - for all practical purposes - the National Forests. WHAT???

In addition, the Payson Fire Chief stops fire mitigation fuel burn permits when the brush is wet and not a fire danger. And the idiotic reason: His COVID19 !!!!! - at the exact time when we are opening up the economy across the country - outside of NYC and environs! I guess he is looking forward to a catastrophe so he can ask for more equipment and personnel.

Too bad for the citizens. Just bend over and kiss . . . . But that is always the way of bureaucrats. Everything is secondary to increased funding and personnel.