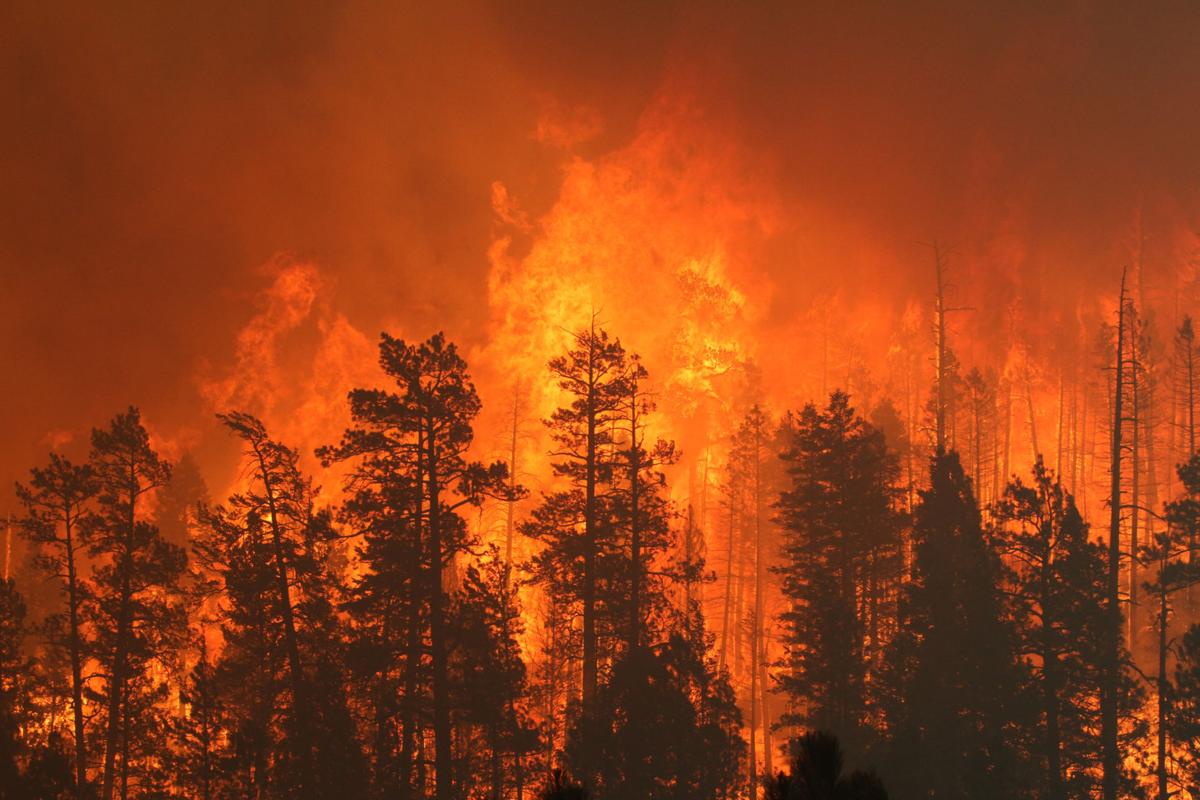 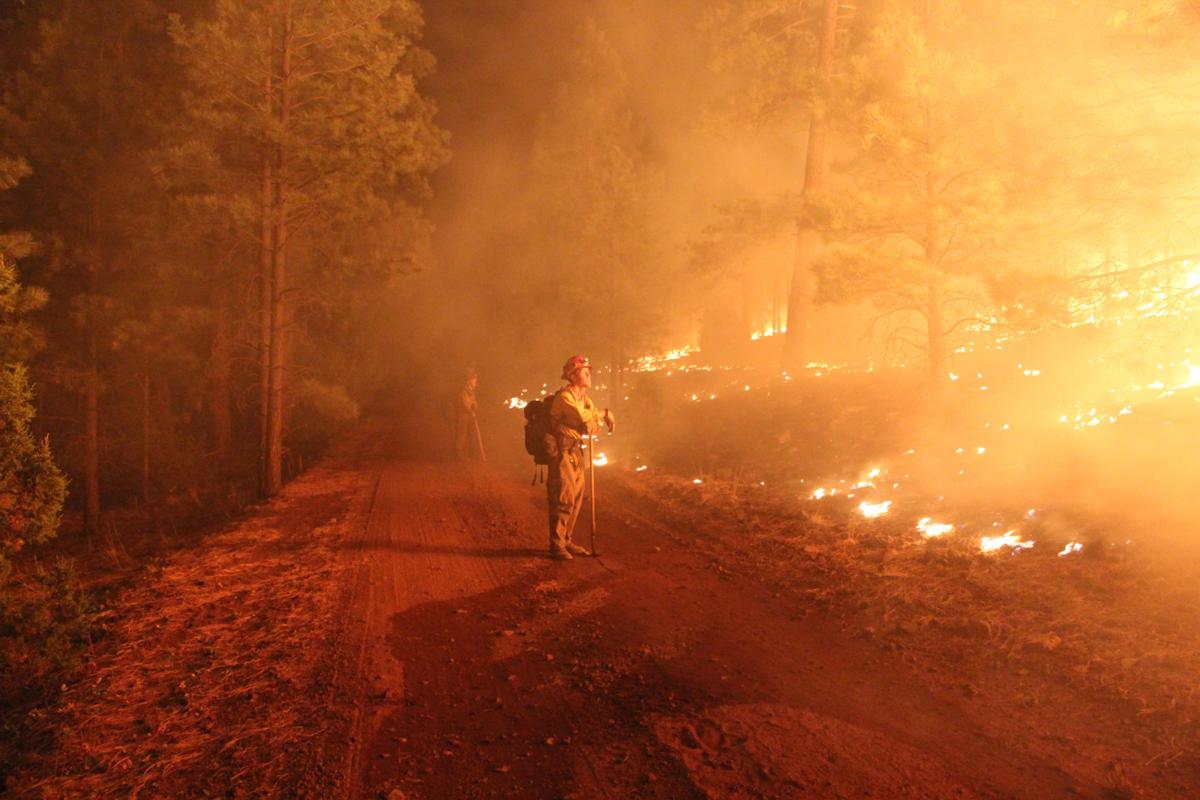 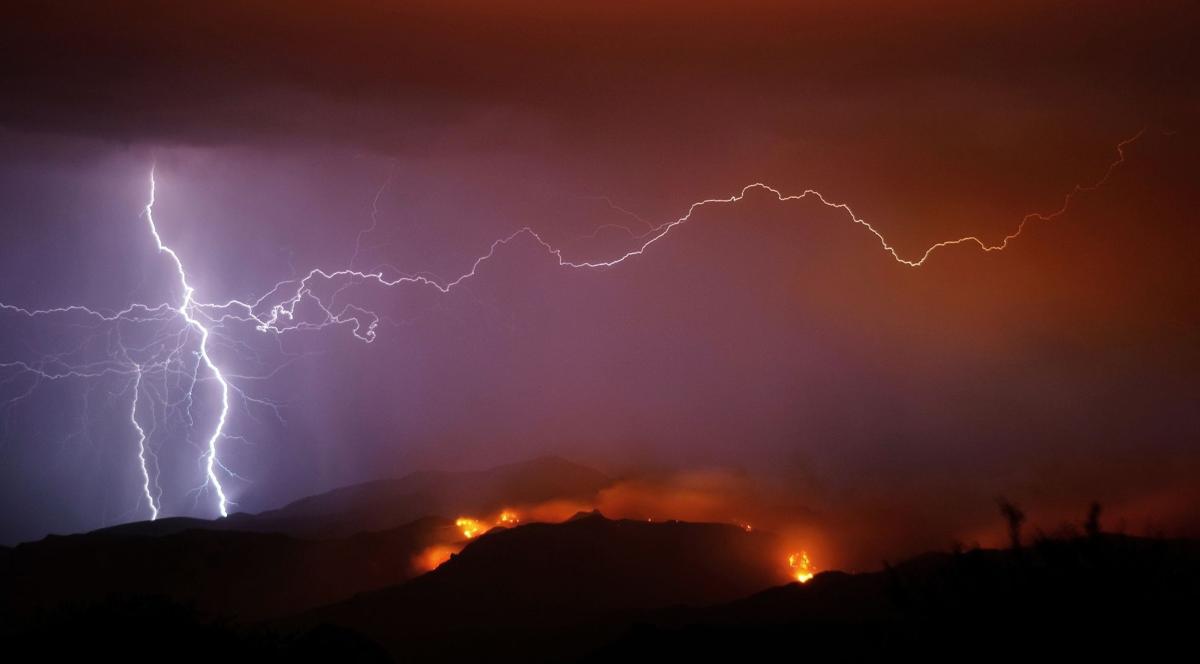 Lightning strikes guarantee Rim Country and the White Mountains will always face the threat of fire. An increasing number of communities have launched Firewise programs to prepare, but most towns and counties have refused to adopt wildland-urban interface building codes to reduce the risk of a wildfire sweeping through a community. 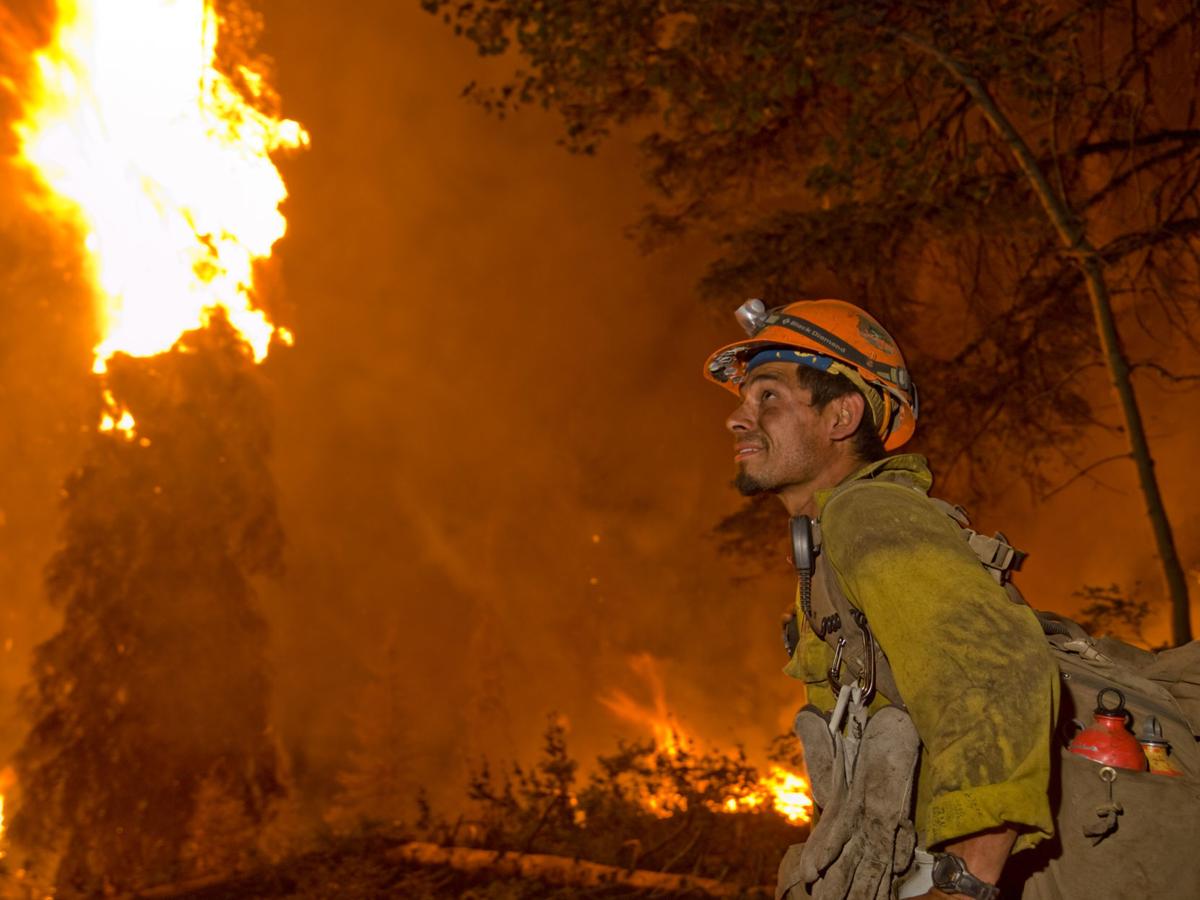 Lightning strikes guarantee Rim Country and the White Mountains will always face the threat of fire. An increasing number of communities have launched Firewise programs to prepare, but most towns and counties have refused to adopt wildland-urban interface building codes to reduce the risk of a wildfire sweeping through a community.

What exactly does Firewise mean?

Firewise creates a defensible space around homes and structures. It is a mind set.

The Pinetop Community Association took the NFPA Firewise program to heart due to recent catastrophic wildfires such as the 2001 Rodeo-Chediski Fire, the 2011 Wallow Fire, the 2016 Elk Fire near Pinetop, and the 2016 Cedar Fire.

The Elk Fire was a testament to forest thinning efforts and the Firewise program. It started at 10 acres the morning of July 23, 2016. It ultimately burned 1,887 acres when finally contained Aug. 3, 2016.

But because of thinning, the wildfire lay down where the thinning was performed.

Stratman said all of these things entered into the association’s decision to ask residents to Firewise. However, the HOA doesn’t enforce the guidelines.

Nearby, the White Mountain Summer Homes HOA decided in 2006 to become a Firewise community.

Firewise Committee Chairman Dan Kreiner said they also chose to use the NFPA program. Last year, the residents of the 866-acre development signed up for the same NFPA as applied in the Pinetop Community Association.

The SCWPP plan’s goals include:

• Reduce structural ignitability in the WUI.

• Bring in money through national, state, and local sources.

• Support the growth of forest industry.

“Since 2006, more than 90 percent of the common area has now been thinned,” Kreiner said. “All homeowners have raked pine needles and leaves within 30 feet around the house.”

He said long-term goals include establishing a group of homeowners to take the lead in Firewise activities, conducting annual inspections and clearing vegetation from around LPG tanks.

They also conduct a Community Firewise Day in the fall.

“It is the responsibility of each owner to maintain their property so as to reduce fire danger and insect infestation. Each owner is required to remove and dispose of infested and dead trees,” the bark beetle rule states.

“Smoking is prohibited except in your vehicle with an ashtray or in your home. Fire pits are permitted, but must be approved prior to installation. Processed logs such as Duraflame or Presto Logs are recommended over natural wood,” the rule sheet states.

Top of the Woods

Greg Sharp is a member of the Top of the Woods Firewise Committee and an HOA board member. He said they use Firewise principles. Sharp said there are 56 lots in the neighborhood that was officially recognized as a Firewise Community this year.

He said the Cedar Fire had hidden benefits in spite of it creating havoc and fear last year.

Sharp said residents living at Top of the Woods had a real eye-opener when it approached within eight miles. After the fire, residents became serious about being Firewise.

One of the things Sharp did to drive home the concept of Firewise, was present homeowners with two photos: A thicket of shrubs and a house. “Which one do you want to keep?” he asked.

Last year, Sharp said the HOA started providing a free dumpster for residents willing to clean up to Firewise standards.

Sharp said the cost would likely be less than $200 per property to provide a lot of peace of mind.

When the Pinetop Fire Department spearheaded a grant effort, Sharp said he took advantage of it to remove approximately 20 trees from his half-acre lot.

He said because it was a grant that paid 90 percent of the cost, with a 10 percent match by the property owner, it only cost him $176 compared to nearly $2,000 it would have cost to thin his property and make it Firewise.

Sharp noted that becoming a Firewise community is not difficult but is well worth it because it can mean better insurance rates and more peace of mind.

For information on the NFPA Firewise program, visit www.nfpa.org.