Log In Sign Up
You are the owner of this article.
Edit Article Add New Article
You have permission to edit this article.
Edit
Home
CIRCULATION OPTIONS
News
Schools
Opinion
Sports
Multimedia
Outdoors
Local Events
Classifieds
Legals
Obituaries
COVID-19
1 of 5 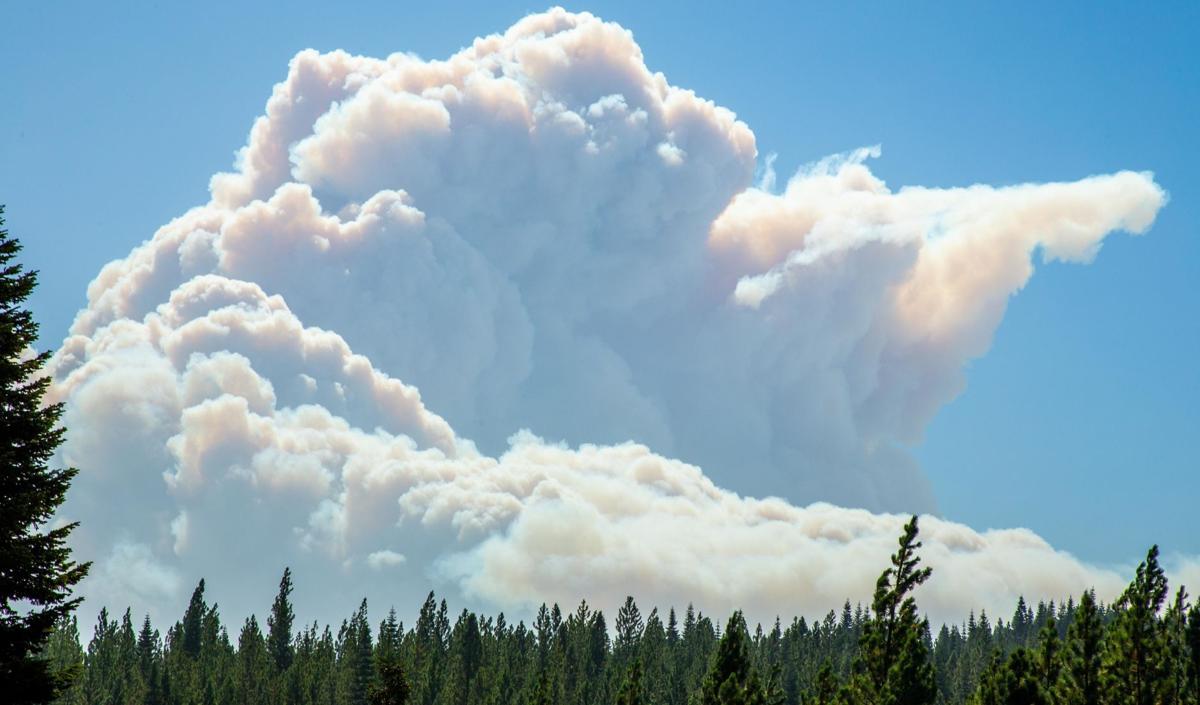 More than 3 million acres have burned this year in California, but Arizona’s proved slow to adapt to a new era of megafires. 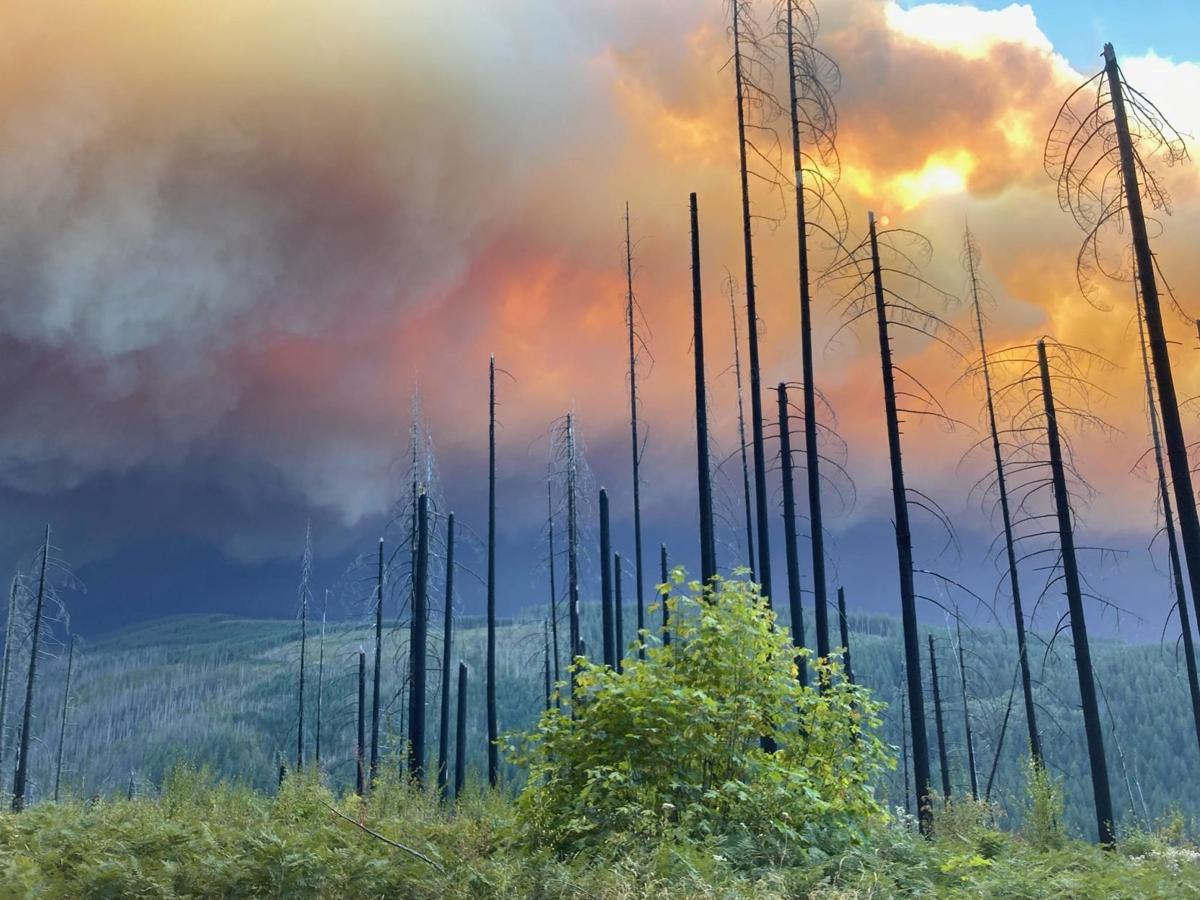 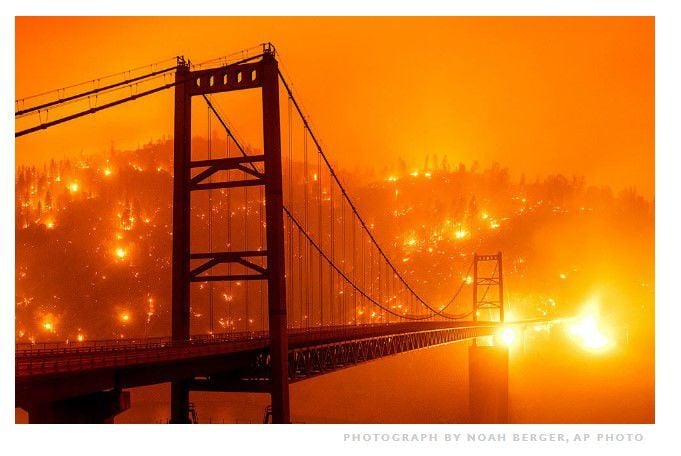 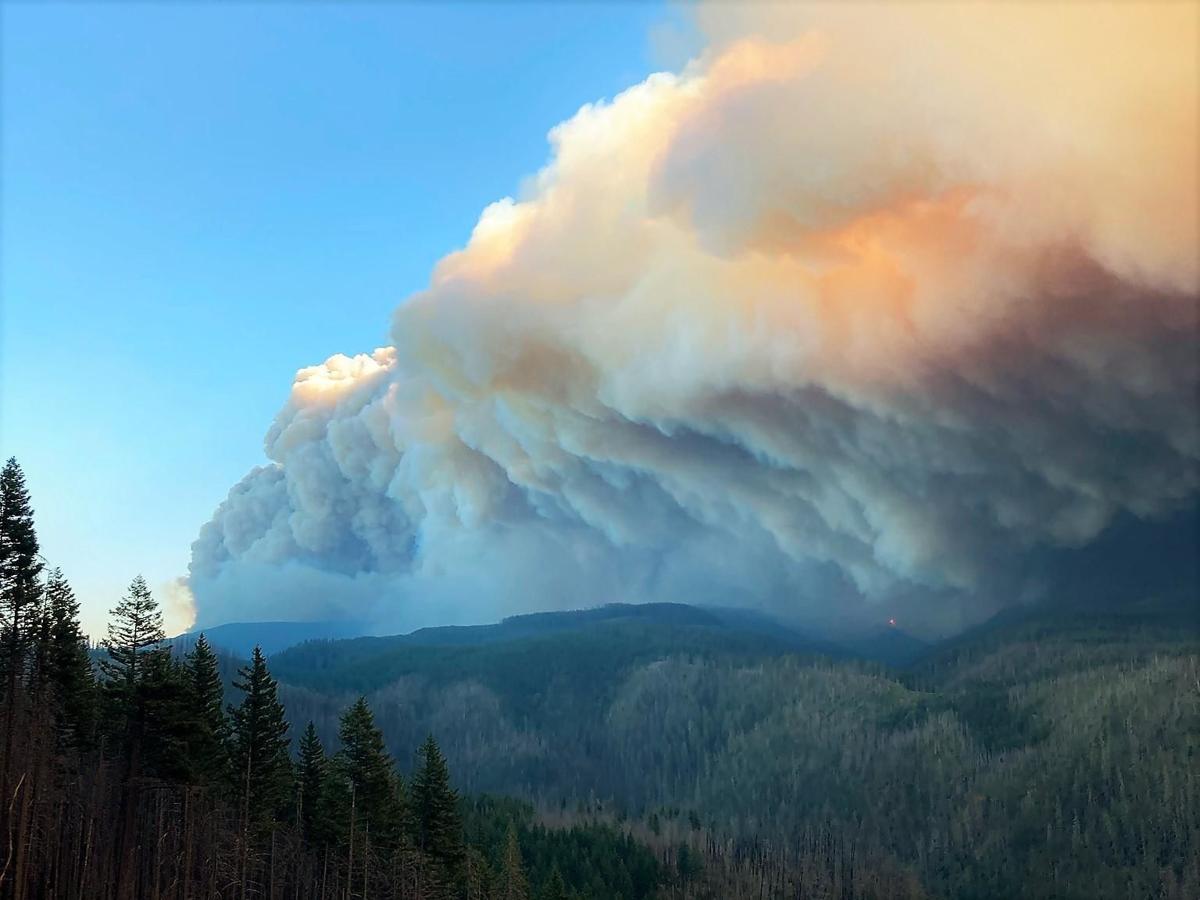 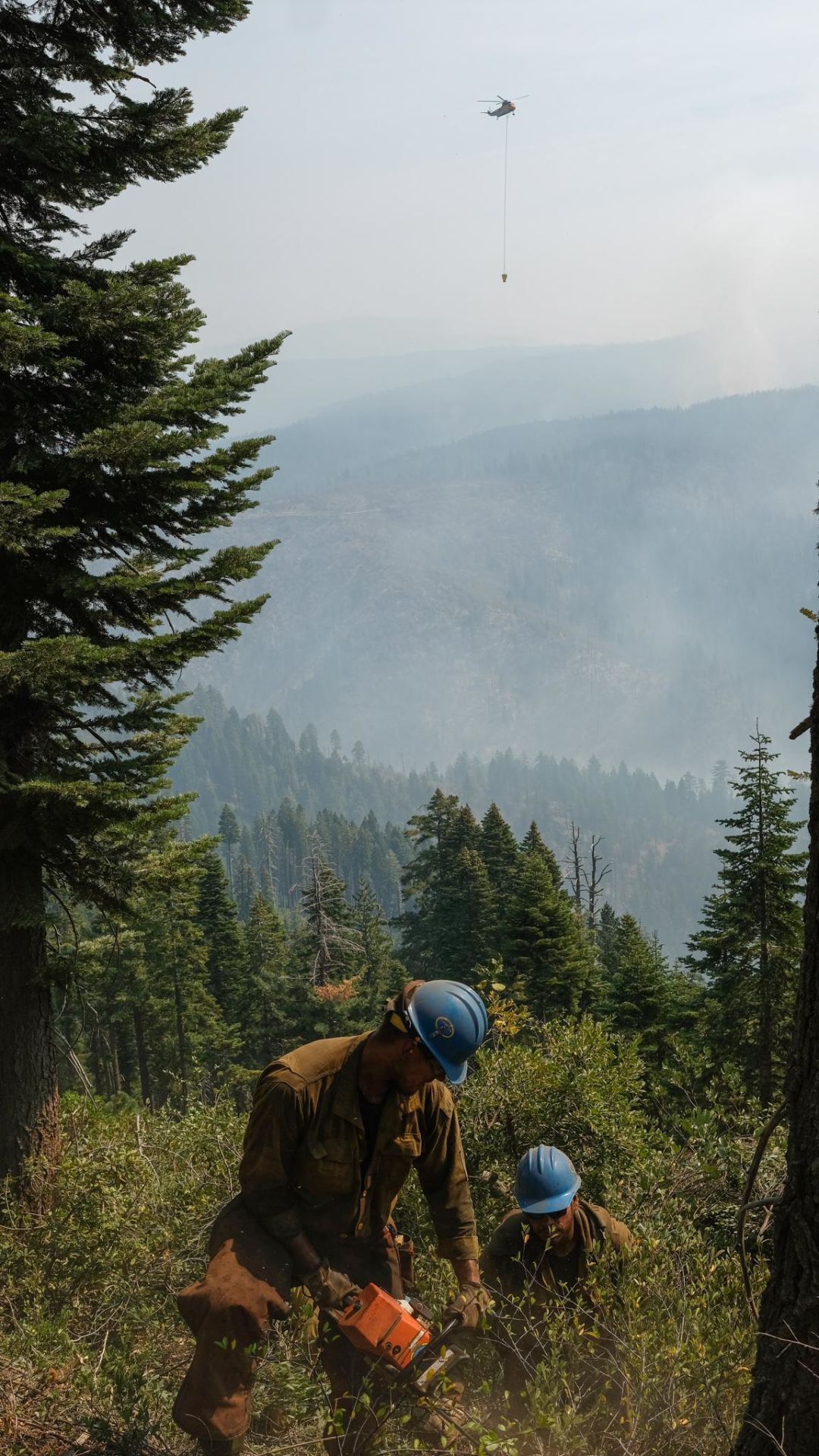 Firefighters have been working tirelessly battling multiple blazes in the West.

More than 3 million acres have burned this year in California, but Arizona’s proved slow to adapt to a new era of megafires.

The West Coast has caught fire.

And the Rim Country faces a similar disaster if we do not take steps to mitigate the risk.

Payson took a huge step forward recently when the town council unanimously approved a Firewise brush clearing code. Next, the council will take up adoption of a wildland-urban interface building code recommended by the fire department and a citizens committee.

The council’s action comes after a decade of escalating threats and warning.

But we’ve run out of time for the even stronger actions for forested communities like Payson, Pine and Star Valley to survive in the new era of megafires — which will almost surely get worse before it gets better.

As of Friday, Sept. 11, the West Coast wildfires had claimed more than 15 lives, charred more than 4 million acres, consumed entire towns and forced the evacuation of 500,000 people on the outskirts of Portland. The disastrous fire weather should continue all this week, even as Arizona returns to triple-digit temperatures halfway through September.

Experts say the drought, record-high temperatures, a century of misguided fire suppression, and a steady rise in the release of heat-trapping pollutants set the stage for the unthinkable new era of megafires. Then the rush of people to build homes in the forested wildland-urban interface turned the rise in fires into a costly tragedy.

For more than 20 years, experts have been warning that the megafires will only get worse — using events like the Rodeo-Chediski, Wallow and Yarnell Hill fires to sound the alarm. Northern Arizona University researcher Wally Covington spent 30 years documenting the effect of disastrous fire-suppression policies in Arizona. A century of mismanagement converted a fire-adapted ponderosa pine forest with 50 trees per acre into a 1,000-tree-per-acre tinderbox.

The warnings fell on deaf ears for decades.

The visionary Four Forest Restoration Initiative was supposed to thin millions of acres over a period of 20 years at a steady pace of 50,000 acres each year. Instead, the project has managed to thin about 15,000 acres in the past decade. Shackled by the slow Forest Service process, the effort has been crippled by a lack of a market for biomass, which constitutes about half of the material loggers would need to remove.

The future of thinning efforts currently depends on the outcome of the Arizona Corporation Commission election, since fire experts agree that only an ACC requirement that power companies generate at least 90 megawatts of electricity from biomass can restart the stalled thinning efforts. But even though the biomass mandate would dramatically reduce the risk of megafires and protect endangered watersheds, the issue is barely mentioned in the race. Republican Lea Marquez Petersen strongly supports the mandate. The three Democrats in the race have offered qualified support. The two remaining Republicans have opposed the mandate on general principle.

Meanwhile, repeated studies have shown that the building codes of forested communities offer the best chance of surviving the rain of embers produced by a megafire within a mile of town limits. This includes brush clearing around homes, thinned buffer zones and fire-adapted building codes that regulate building materials, roof designs and other relatively inexpensive changes to make a home more fire resistant.

One study looked at how building codes affected the Camp Fire’s impact on Paradise, Calif., where a fire killed 85 people. California in 2008 overhauled its building code for forested lands. The new code required fire-resistant roofs and siding and other safeguards.

Flagstaff and Prescott both adopted Firewise brush clearing codes and WUI building codes after big fires came close to destroying those communities. Those efforts got a big push from the Yarnell Hill Fire, which killed 19 Prescott firefighters trying to protect a woefully unprepared, unincorporated rural community. A study after that fire found that most of the homes built to a Firewise and WUI standard survived, but almost all of the poorly prepared homes burned.

Payson has now adopted a Firewise code — and may soon adopt a WUI code.

But other Rim Country communities have done almost nothing.

Pine set the pace with an effective, community supported Firewise program. But the effort has faltered, with the lack of outside funding and Gila County’s lack of fire and building codes.

Star Valley has done nothing, and the unincorporated communities built under Gila County’s codes are among the most fire-menaced in the country. Many don’t even have a second access for evacuations if a fire is bearing down on the community. The U.S. Forest Service promised to consider such emergency access as part of its Travel Management Plan, but the release of a final plan has been delayed for most of the past decade. In the meantime, Gila County has done little to push for alternative access routes for a host of forested, unincorporated communities.

Yet a recent fire risk survey found all those communities plus Payson and Star Valley face a greater wildfire risk than did Paradise before it burned to the ground.

All the evidence suggests we’re playing Russian roulette, one enormously extended fire season at a time.

Temperatures have risen steadily, nearly doubling the high-risk fire season throughout the West and dramatically increasing the size of the fires, with about 80% of those fires caused by humans.

Research suggests that with each 1 degree C temperature increase, the median area burned will increase sixfold. The number of large fires in the western U.S. doubled between 1984 and 2015. The number of fires has exploded since — with six of the 10 biggest fires in California history burning right now.

Its amazing that there is an incidence that Arizona is unprepared for wildfires, particularly the Sub-Rim. The Tonto National Forest has been creating fuel breaks and conducting thinning operations throughout the Payson District to protect communities since 2001! There have been tens of thousands of acres treated and maintained since then, involving every one of the 65 in holdings surrounded by the Forest. The District has been a model that other areas in the Forest Service has copied.

When it comes to the Forest Service budget, some important information was ignored. While yes, wildfires are bigger and more intense, the Forest Service budget has been consistently slashed by Congress for years and is woefully cut to the point that there is virtually no funding for any project work. The work done in Payson and Pleasant Valley Ranger Districts is done twenty years ago is now done by less than half the personnel. Their budget reflects this, although the work load has not lessened.

Yes its time that Payson address the the overgrown and decadent lots and properties in town! If a fire from kids with fireworks or a transient camp were to start in that jungle behind Basha's and the police station, or any of the overgrown green belts behind peoples houses, there will be catastrophic loss. But it isn't likely to originate from the Forest. No, Payson is not just like Paradise California. We are not surrounded by pine forest, prevailing winds are from the south and southwest were extensive treatments have been done, and the fuels are juniper woodland. Nor are we subjected to Santa Ana winds of over 65 mph being pushed through a constricted river canyon which is what drove the explosive conditions that sadly destroyed that town.

The critical need to for people to thin their properties, remove the ladder fuels and dense brush. Cut back the heavy fuels along roads like north McLane. Too often the excuse of "I want my privacy" is thrown back to suggestions that there needs to be open space. There's a simple solution. Close your curtains. Because right now, if you are refusing to clean up your property, you are a danger to others.

I agree with Denise's comments except for the part that the below-rim forest has been well thinned. Not so. Even Forestry has admitted that the previous thinning contracts have not worked since the contractors did not have the capability to perform to the thinning contract. Even where there has been some thinning you will see many cut trees still lying on the forest floor.