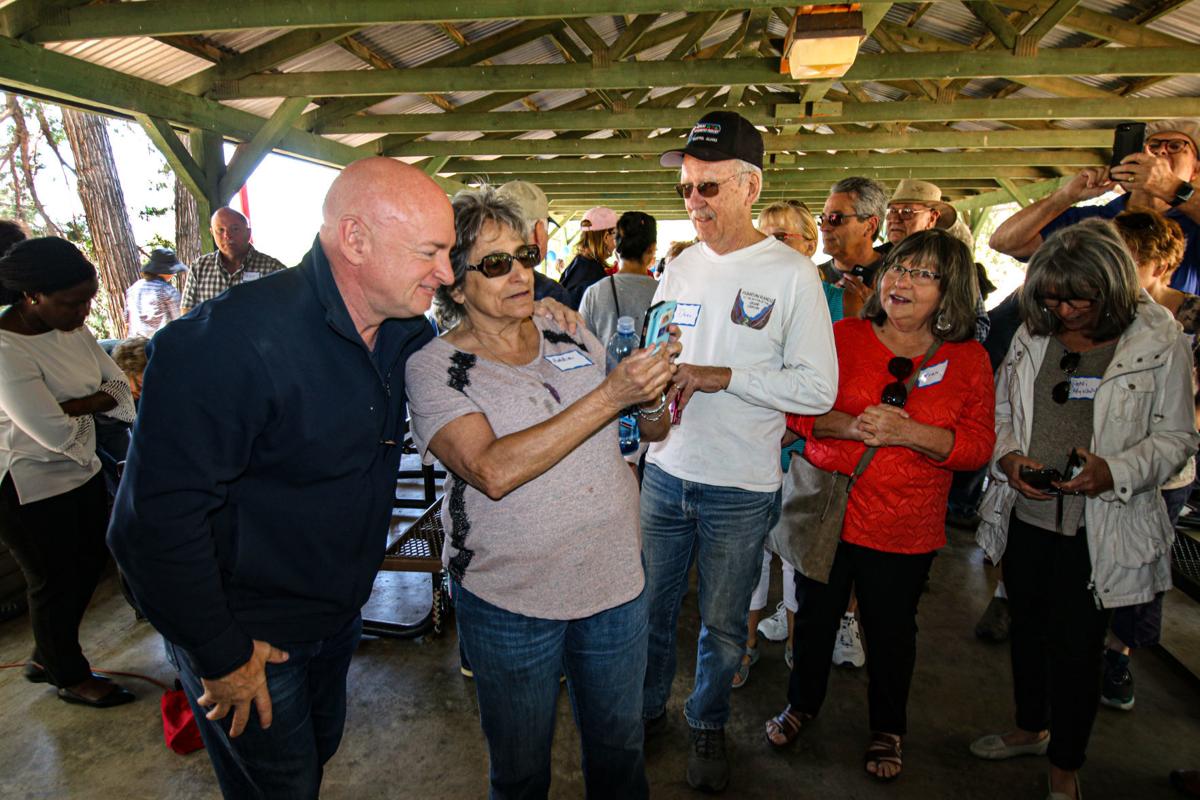 Mark Kelly meets with Payson residents at Rumsey Park May 18. 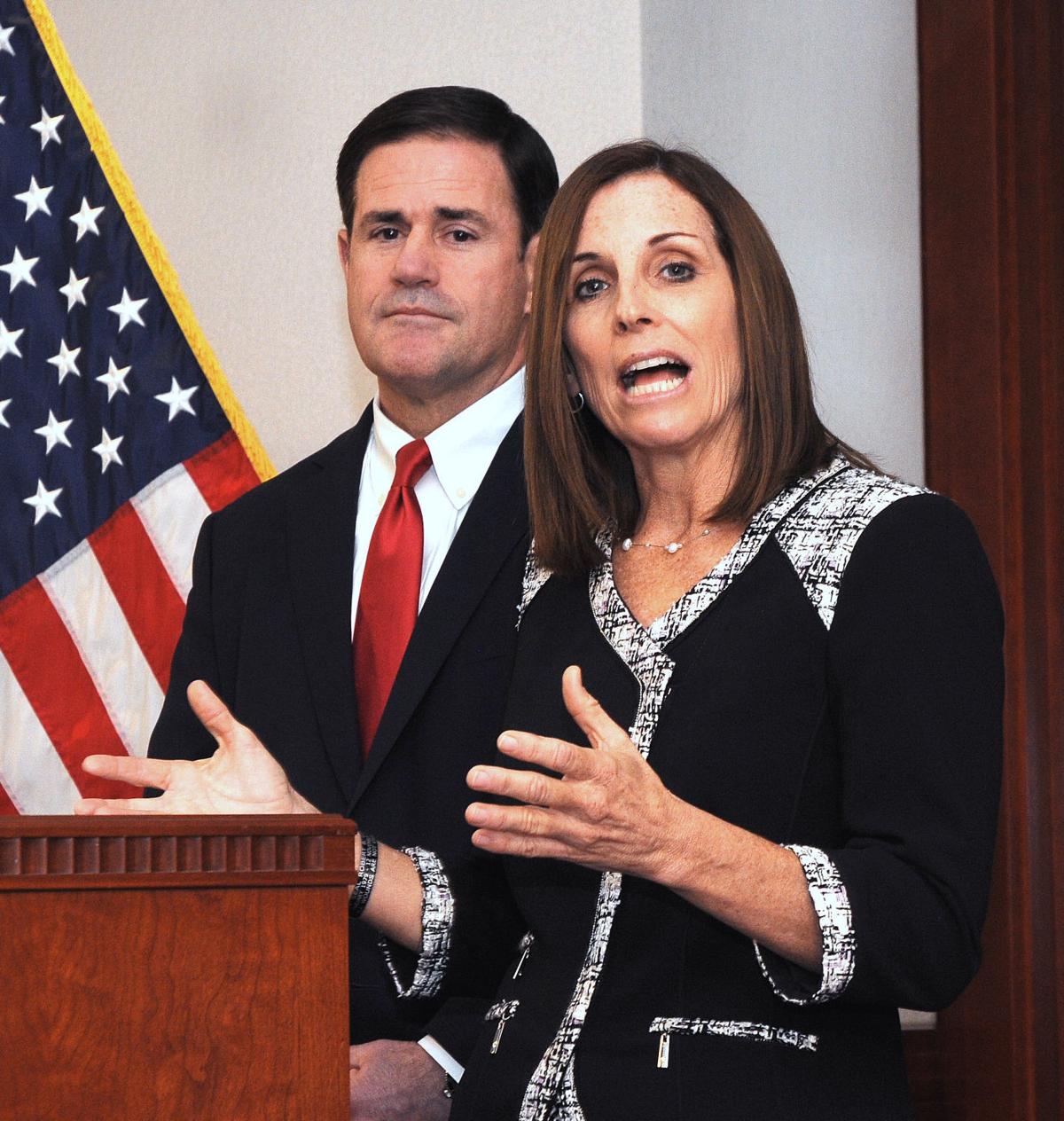 Martha McSally answers questions Tuesday on the heels of Gov. Doug Ducey appointing her to the U.S. Senate to fill out the next two years of the term of Sen. John McCain who died in August. 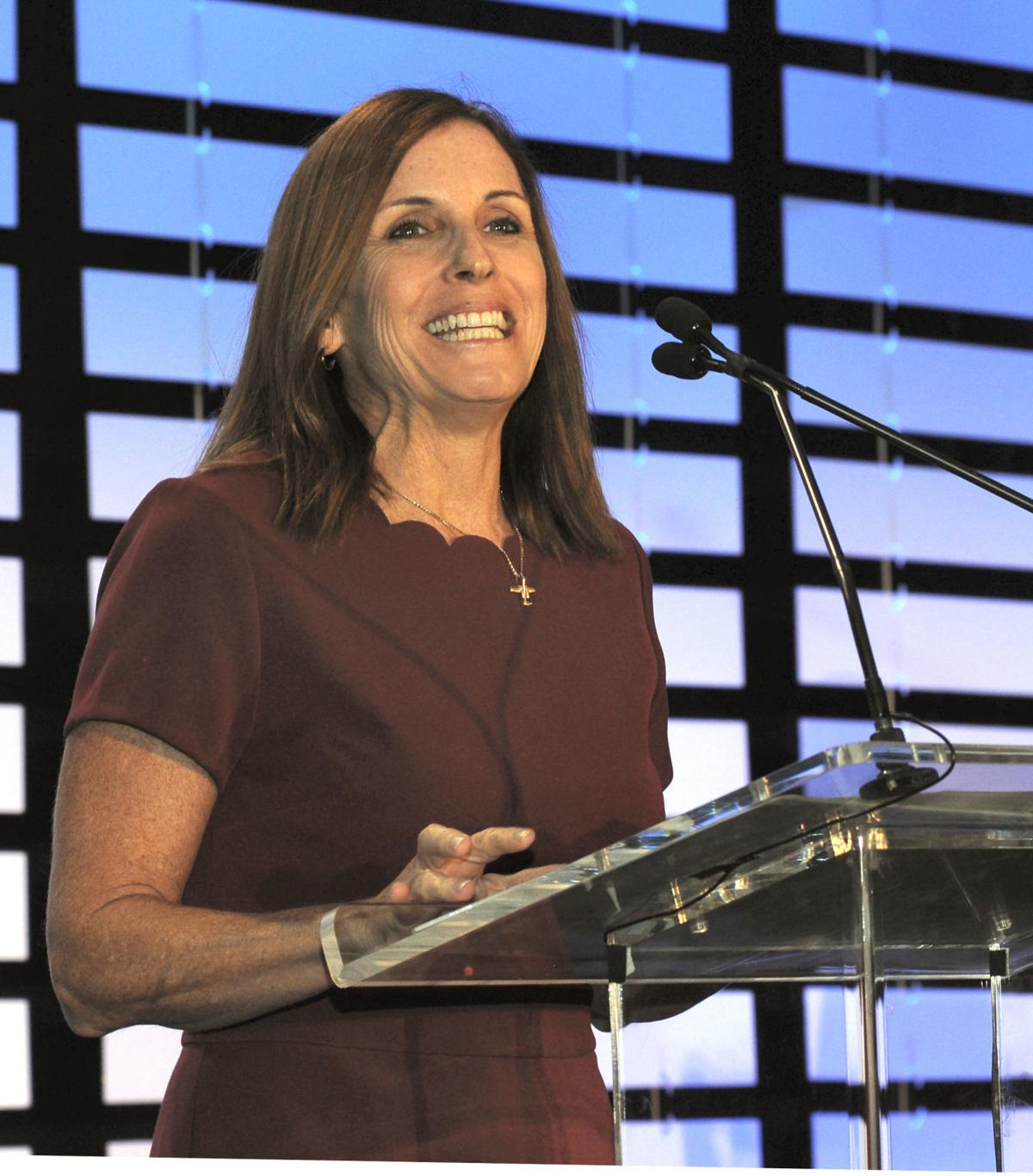 Newly appointed U.S. Sen. Martha McSally Friday at a business luncheon. Attorneys for Gov. Doug Ducey are defending his right to appoint her to fill John McCain’s seat through the 2020 election. 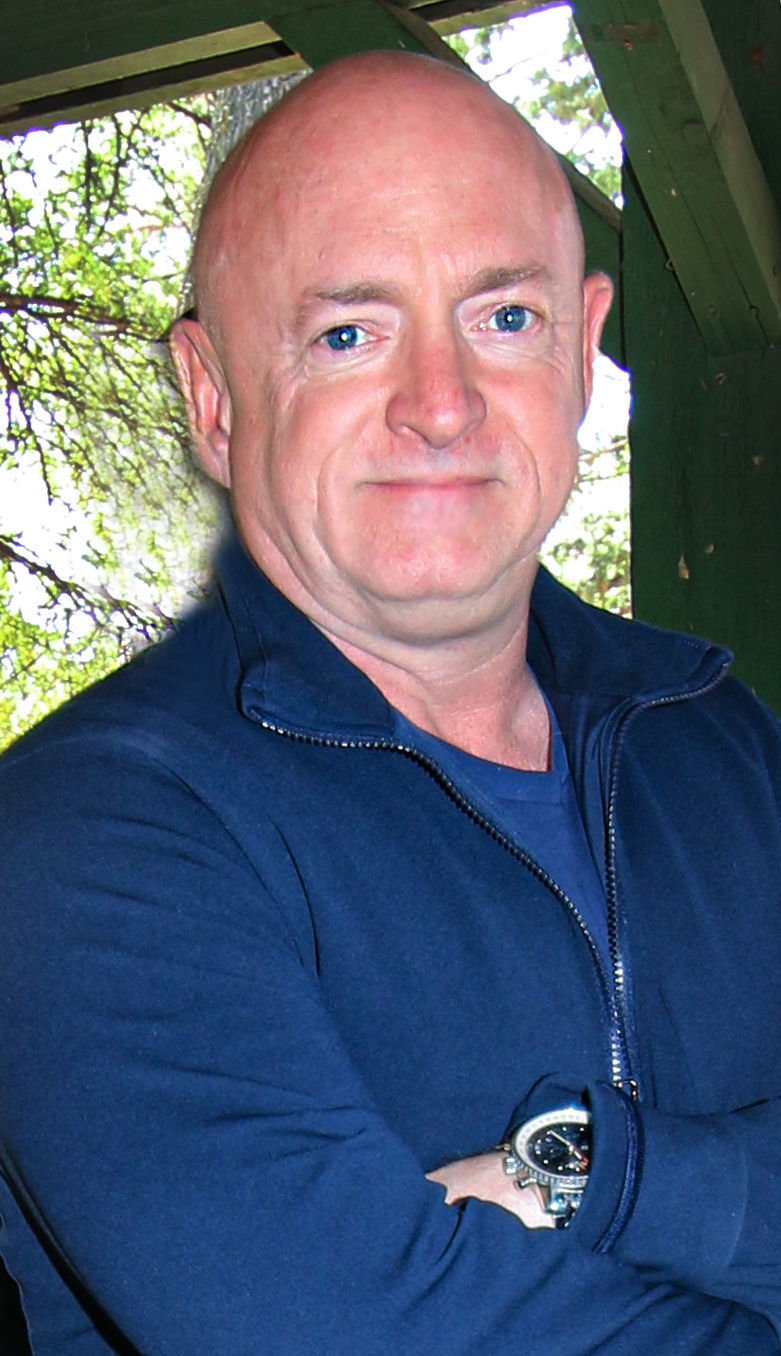 Mark Kelly meets with Payson residents at Rumsey Park May 18.

Martha McSally answers questions Tuesday on the heels of Gov. Doug Ducey appointing her to the U.S. Senate to fill out the next two years of the term of Sen. John McCain who died in August.

Newly appointed U.S. Sen. Martha McSally Friday at a business luncheon. Attorneys for Gov. Doug Ducey are defending his right to appoint her to fill John McCain’s seat through the 2020 election.

The renewed effort to overturn the Affordable Care Act amid a pandemic could cost an estimated 23 million Americans health insurance coverage — including more than 363,000 Arizonans, according to estimates by the Kaiser Family Foundation.

The Trump administration’s justice department recently joined Arizona Attorney General Mark Brnovich and other Republican state attorney generals to argue the law’s unconstitutional as a result of a decision by Congress several years ago to eliminate a tax penalty for people who don’t have insurance.

The lawsuit has thrust health care into the forefront of political campaigns nationally, including the race between Republican Sen. Sally Martha McSally and Democratic challenger Mark Kelly.

However, the elimination of a penalty for people who don’t have coverage, the refusal of 14 states to expand their Medicaid programs and the elimination of federal funding to market health plans has whittled away at the number of people covered, which by 2016 had cut the ranks of the uninsured in half. Even before the pandemic hit, an estimated 28 million Americans still had no health insurance.

Therefore, if the lawsuit succeeds, it could nearly double the ranks of the uninsured, concluded the study.

McSally, a congresswoman and former fighter pilot, has previously voted to repeal the Affordable Care Act and does not oppose the lawsuit seeking its overturn. She says she supports some elements of the Affordable Care Act, including coverage of pre-existing conditions. She has previously voted for a requirement that health plans cover pre-existing conditions, however that bill would have allowed health plans to charge extra, making policies potentially unaffordable.

Kelly says he supports expansion of the existing Affordable Care Act, including adding a “public option,” which would allow a state or federal plan to compete for ACA patients. He has not specified how to finance such a public option or how to contain rising health insurance costs. House Democrats have advocated increasing federal premium subsidies and eligibility.

Outside health care groups including the Kaiser Foundation estimate that overturning the law would cost 23 million people their insurance coverage, including millions thrown out of work by COVID-19. Kaiser estimated that 80% of the 27 million Americans who lost job-based health coverage between March and May could potentially qualify for either expanded Medicaid programs or a subsidized Affordable Care Act plan.

In the 36 states like Arizona that expanded their Medicaid programs, some 14 million of the newly unemployed would qualify for a free plan and 3.5 million for a subsidized plan. Both the federally run plans and many state-run Affordable Care Act plans marketed those plans to let people know that they can sign up for coverage when they lose their jobs.

That could all change due to the lawsuit filed by Arizona and other states and now backed by the Trump administration. In late May, the Trump administration filed a brief asking the U.S. Supreme Court to overturn the Affordable Care Act. The case will go before the court in the fall, but won’t be decided until after the election.

The Justice Department and the 18 states that brought suit argued that the act was unconstitutional, mostly because of how it was financed. That lawsuit rests on the repeal of the “individual mandate,” which brought in about $4 billion annually.

The claims have drawn conflicting decisions from lower courts. The high court has repeatedly ruled the law constitutional in the face of previous challenges. However, the latest suit rests on a different constitutional argument and the Supreme Court has two newly appointed justices.

The issue has played out in many local elections, including the tight race between McSally and Kelly, a swing seat that could determine the balance of power in the Senate. It will also likely figure in regional congressional races, including Republican Rep. Paul Gosar and Democratic Rep. Tom O’Halleran, who have taken sharply different positions on the lawsuit than their likely challengers in the general election.

Kelly and his Democratic allies have attacked McSally for previous votes to repeal the Affordable Care Act. She has countered that she would protect popular provisions of the existing act, including the requirement insurance plans to provide coverage for pre-existing conditions.

The Affordable Care Act prevents insurers who offer a group plan from charging people more based on previous health conditions. McSally voted for a Republican-backed alternative that would have required coverage of pre-existing conditions but allowed insurers to charge higher rates based on things like age and prior health history.

Politifact.com, operated by the Poynter Institute, a nonprofit school for journalists, has rated McSally’s assertion that she has voted to protect coverage of pre-existing conditions as “mostly false.”

University of Arizona professor of public health Dr. Daniel Derksen told Politifact “Martha McSally has in her actions, in her votes, been pretty consistent about cutting back benefits and trying to repeal the ACA without any clear plan in mind that would protect people who gained insurance through the ACA. Her words on preexisting condition protections don’t align with any votes I’ve seen.”

Things like checking the temperature of nursing home workers when they come to work have proven mostly ineffective, since about 30% or 40% of people infected with the virus never develop obvious symptoms and those who do may be most infections in the several days before they get a fever or cough or other obvious symptoms.

Who pays for low-cost or "free" premiums? Does it make others' premiums even higher? Ask the millions of people who saw their premiums sky rocket after Obama Care was mandated for everyone but his supporters in big unions and in government, in spite of Obama's insistent promises to the contrary.