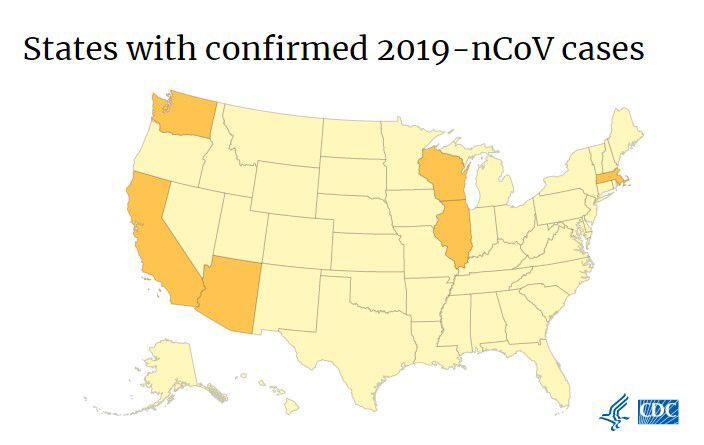 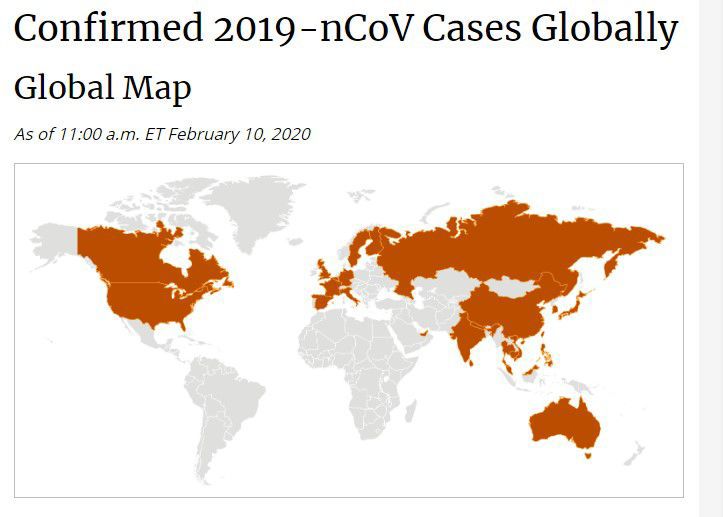 But don’t be scared.

That’s the mixed message about the spread of the coronavirus Navajo County Public Health Director Jeffrey Lee this week delivered to the board of supervisors.

“The coronavirus is a serious virus,” said Lee.

Early this week, international health officials had confirmed 43,000 cases and 1,000 deaths. That included 13 cases in the United States, including one case in Maricopa County. All of the U.S. cases had links to people who had traveled recently to China.

“But to put it in the perspective,” Lee continued, “as of last week, we had 17,000 cases of flu in Arizona — and the scary part — 22 flu-related deaths since Oct. 1. If you haven’t gotten your flu shot, there’s still time.

“But we are keeping an eye on the coronavirus and putting information out to the public, he added.

The World Health Organization this week declared a global health emergency because of the rapid spread of the virus in China. WHO also officially named the novel coronavirus 2019-nCoV. The virus likely originated in animals but spreads readily from human to human, since it’s a respiratory virus like the flu.

The rapidly evolving information on the virus now suggests most people will have only moderate symptoms, like a fever, cough and shortness of breath between two and 14 days after exposure.

Lee said he suspects twice as many people are infected as the official figures suggest, since many may think they just have a cold. The deaths from the virus are much better tallied, so the death rate from the infection remains unclear.

Initially in Wuhan province, the death rate appeared close to 4% to 5%. That compares to a death rate from the flu virus of about one-tenth of 1%. But that might reflect problems in providing supportive treatment for the symptoms of the virus — which can lead to pneumonia. Many estimates now put the death rate at about 2%, but that’s based on the 43,000 documented infections. Lee said he suspects the death rate will ultimately turn out to be closer to half a percent.

By contrast, the much harder to spread Ebola virus infected about 28,000 and killed 11,000. The notorious 2018 strain of flu killed 20 million to 50 million people — but it had a death rate of just 2.5%. This year, the federal Centers for Disease Control estimates the flu has infected 19 million people in the U.S. — up 4 million from the same time last year. The CDC has recorded 180,000 hospitalizations and 10,000 deaths so far nationally. The death toll from the flu comes despite the widespread availability of a relatively effective vaccine, recommended for at-risk populations, including the elderly. The effectiveness of the flu vaccine varies from year to year as the virus continually evolves, changing its outer protein coat, which the immune system keys on.

So far, the 2019-nCoV virus is behaving much more like the flu than Ebola — since 2019-nCoV appears easily spread with a relatively low death rate. Officials don’t know whether that will hold — and also don’t know whether infection rates will ebb in the spring and summer, which is what happens with the flu.

Lee said county and state officials have weekly conference calls to get updates on the 2019-nCoV virus. He noted that the lone Arizona case involved a person who recently returned from China, who initially tested negative for the virus. After he developed symptoms, a second test revealed the infection. Health officials have traced his contacts and have so far not found any other Arizona cases. However, some 50 million people in China remain under quarantine or other restrictions and the virus has been reported in at least 24 other countries. Lee said humans may have to deal with the virus for a long time to come. He predicted it would be at least a year before public health officials have a chance of developing an effective vaccine — as they have with the flu virus.

He said the health department has been meeting with the tightly woven network of hospitals and health clinics in Navajo County to make sure everyone knows what to do should someone with a possible infection show up for treatment.

The health department plans to host weekly meetings and briefings for those health care providers.

Health officials have to walk a delicate line between ensuring people with a possible infection show up for testing and treatment and arousing so much alarm that doctors and hospitals are overwhelmed with people who merely fear they’re infected.

“The message we’re really pushing is prevention is the key — washing our hands, using hand sanitizer, avoiding touching our face our mouth or nose. Stay home if you’re sick. And if someone’s not feeling well, avoid close interactions.” Those precautions work as well for the ever-present flu as for the unlikely chance the 2019-nCoV virus will get loose in the region.

“Communicate with your primary care provider — those are the experts — those are the people you want to see if you’re not feeling well and want to know whether you should get tested,” said Lee.

Supervisor Michael Whiting thanked Lee for the presentation. “My relatives were going to Disneyland and said, ‘We’re not going. We’ll get that disease.’ I’m happy to be able to tell them there are only 13 cases in the U.S.”