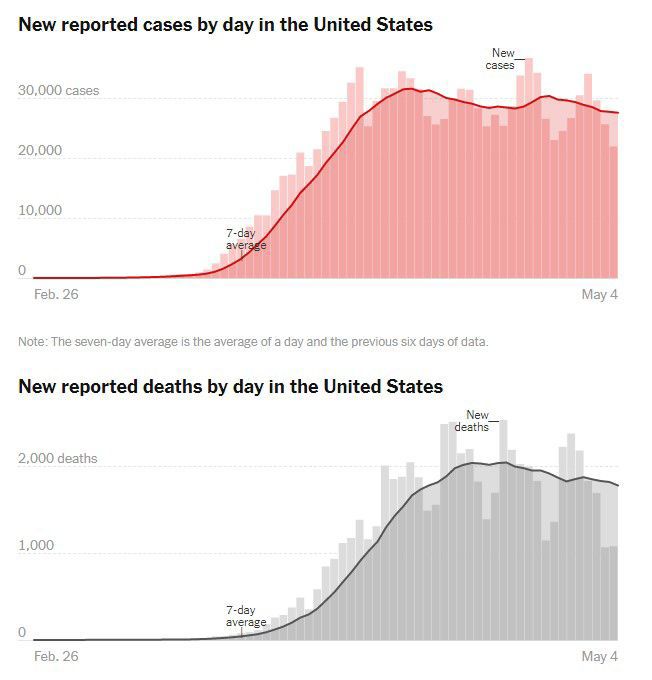 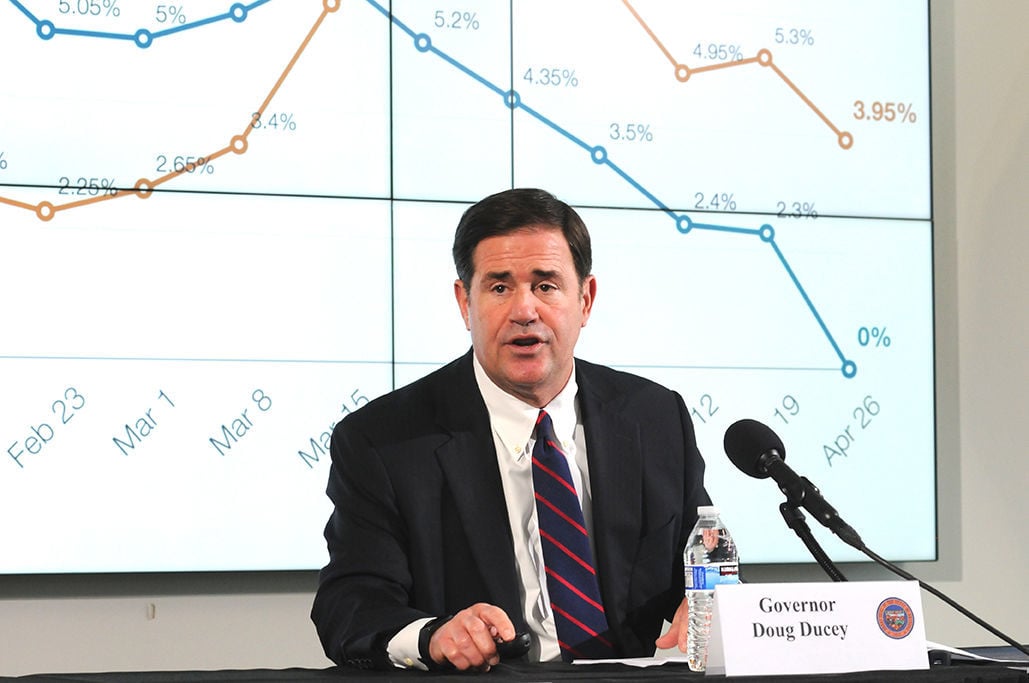 As the cases pile up, it looks like the pandemic has dug in —both statewide and nationwide.

Two weeks ago, the number of new cases in Arizona appeared on the wane. Now, it looks more like the rate of increase leveled off — but hasn’t dwindled.

Some hard-hit areas like New York and Louisiana have shown a steep decline in new cases and deaths since the onset of the pandemic — leading to the hope that the U.S. would follow the short, fierce spike of Wuhan and Italy and other epicenters.

Instead, while daily deaths and infections have dropped from the peak — they’ve resumed a steady upward climb for the past several weeks, both locally and nationally.

As of Thursday morning, the Arizona Department of Health Services website reported the state had 9,945 COVID-19 cases, 450 deaths, and 111,086 tests had been given.

Studies suggested this might represent the tip of the iceberg, with 20% of those infected never showing symptoms and maybe 80% showing only mild symptoms.

Testing continued to lag in Gila County, with just 20 new test results reported per day. However, the pattern in the rest of the country suggests the virus hit big urban areas first — but eventually moved out into less populated areas.

So with the state and nation beginning to open up with the rising temperatures after urging almost everyone to stay home — the pandemic shows no sign of fading away.

Nationally, the pandemic’s now claiming at least 1,000 lives a day — although studies suggest the official statistics may overlook half of the actual deaths. The U.S. now accounts for about 1.2 million confirmed cases, nearly half of the global total. At least 70,000 have died, not counting the cases missed in the official tally. The U.S. accounts for about one-third of the confirmed deaths globally. The U.S. has about 25,000 new cases confirmed each day — a rate of increase of between 2% and 4%, according to a database maintained by the New York Times.

Statewide, Arizona has an infection rate of 129 cases per 100,000, more than four times the Gila County rate. However, that’s still only about one-fifth the infection rate in Apache and Navajo counties.

One widely used computer projection of the pandemic in the U.S. has now sharply increased the projected death count. The projection suggests that as Americans cautiously resume their daily lives, the daily death toll from the virus will rise from about 1,000 per day to 2,000 per day by the beginning of June. It’s still unclear whether infection rates will decline with the warm weather, as they do with the flu. The continued rise in new cases and deaths has proved discouraging.

The rising number of cases and deaths in the past two weeks has dampened the optimism about an early softening of the pandemic.

The answer to the rise in reported cases is just so simple. "more testing = more cases reported". Ducey stated he wants 60,000 more tests in the coming weeks. Duh! Cases appear on the rise? And why is it that other reported deaths have dropped so succenly, such as heart attacks, strokes, etc? And the flip side appears to be a rise in reported suicides and child/spousal abuse. What have we done to ourselves as a society?

PS: No one knows how many of the reported deaths from "COVID19" were simply people who dies with the virus as a secondary illness of individuals who were in hospice or on death's door from other health concerns. We know that the CDC told medical examiners if the person had any vestige of COVID, they should list that as the cause of death.