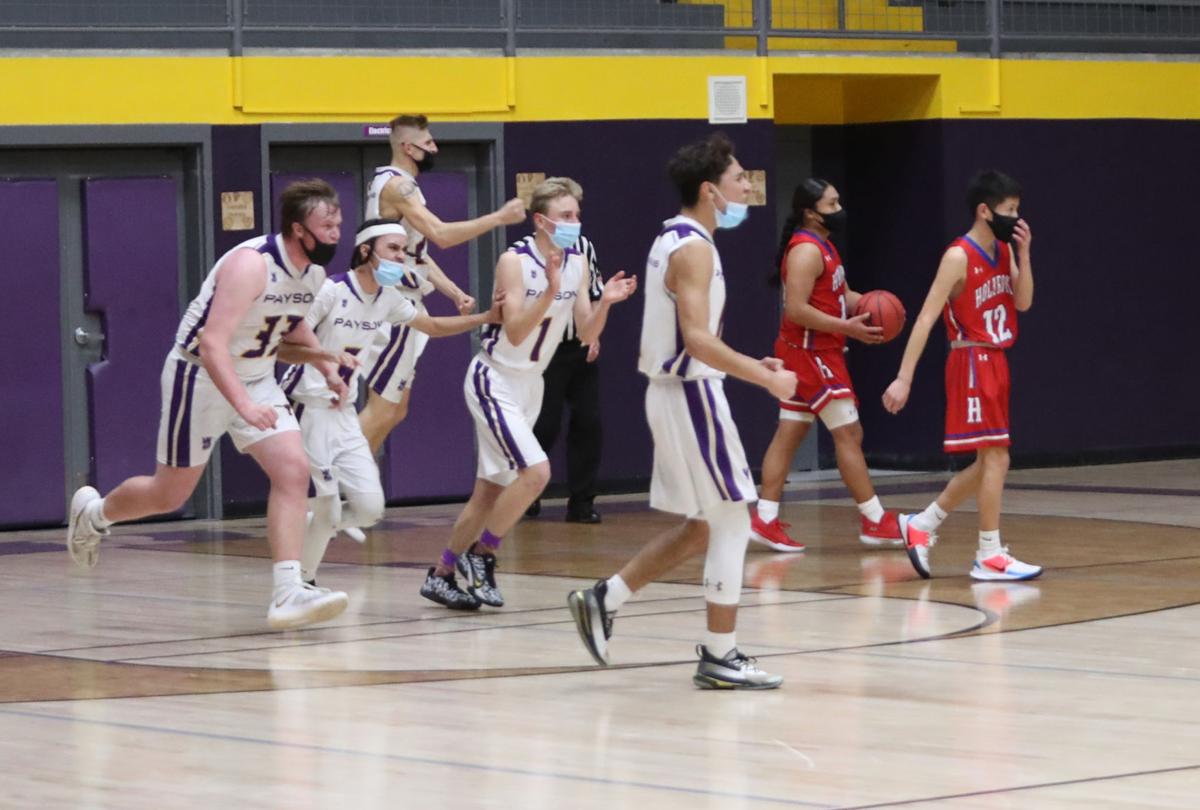 The Longhorns celebrate their victory over Holbrook. 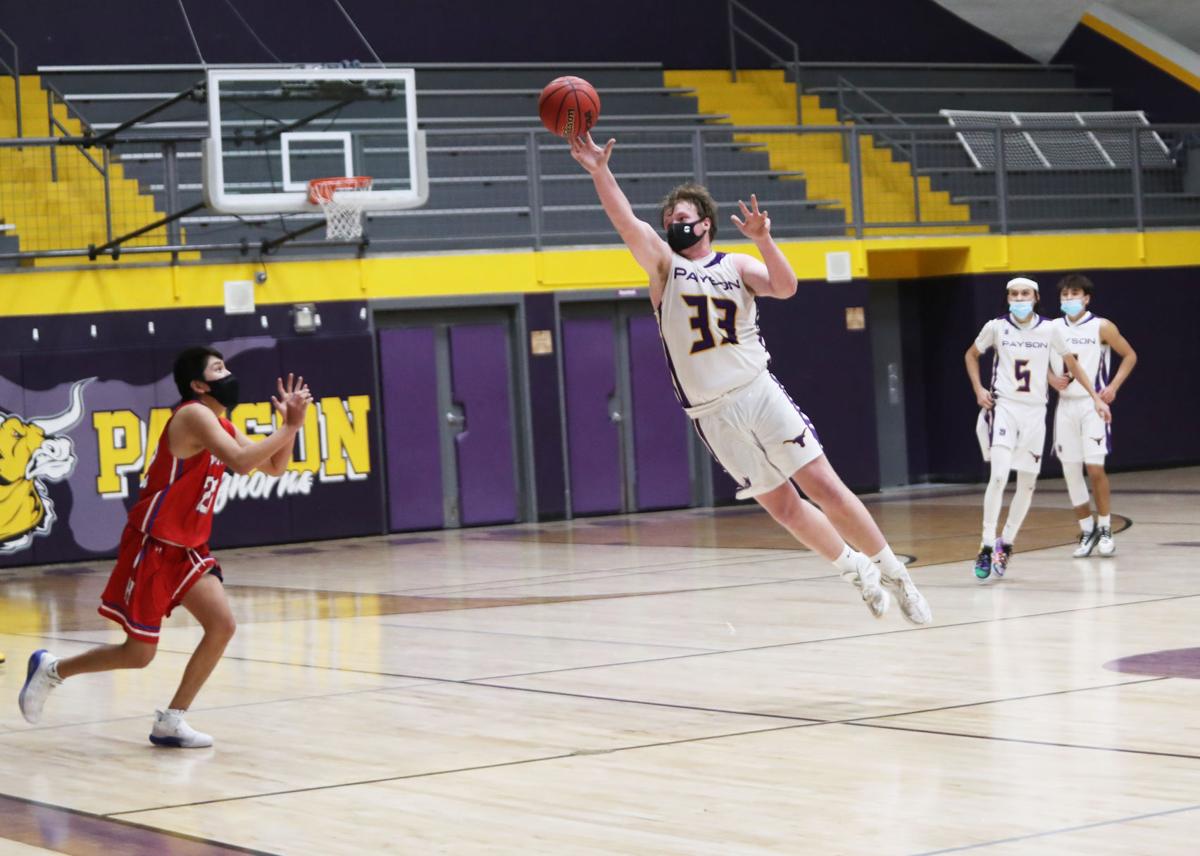 Colton Justice goes up to swat away a pass against Holbrook on Friday. 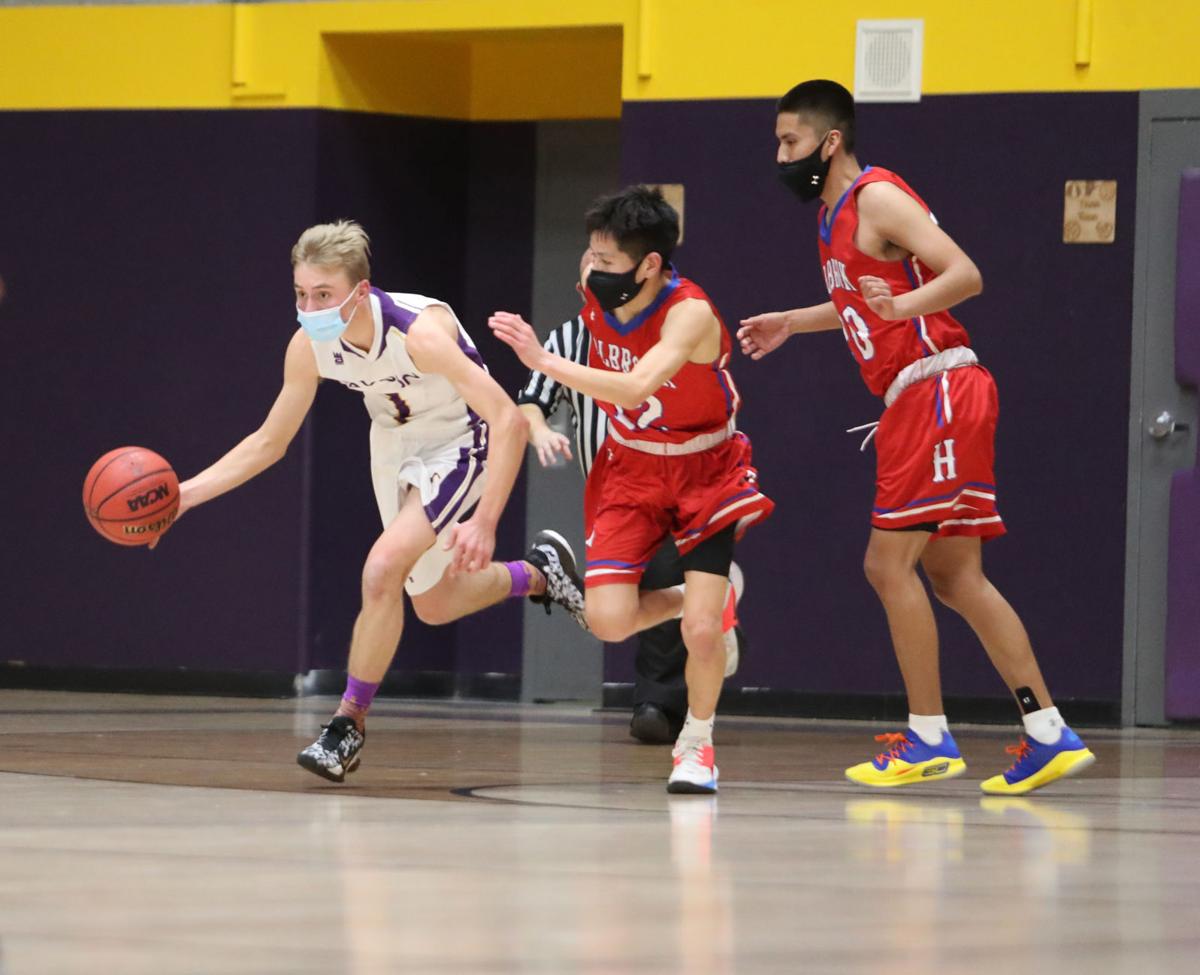 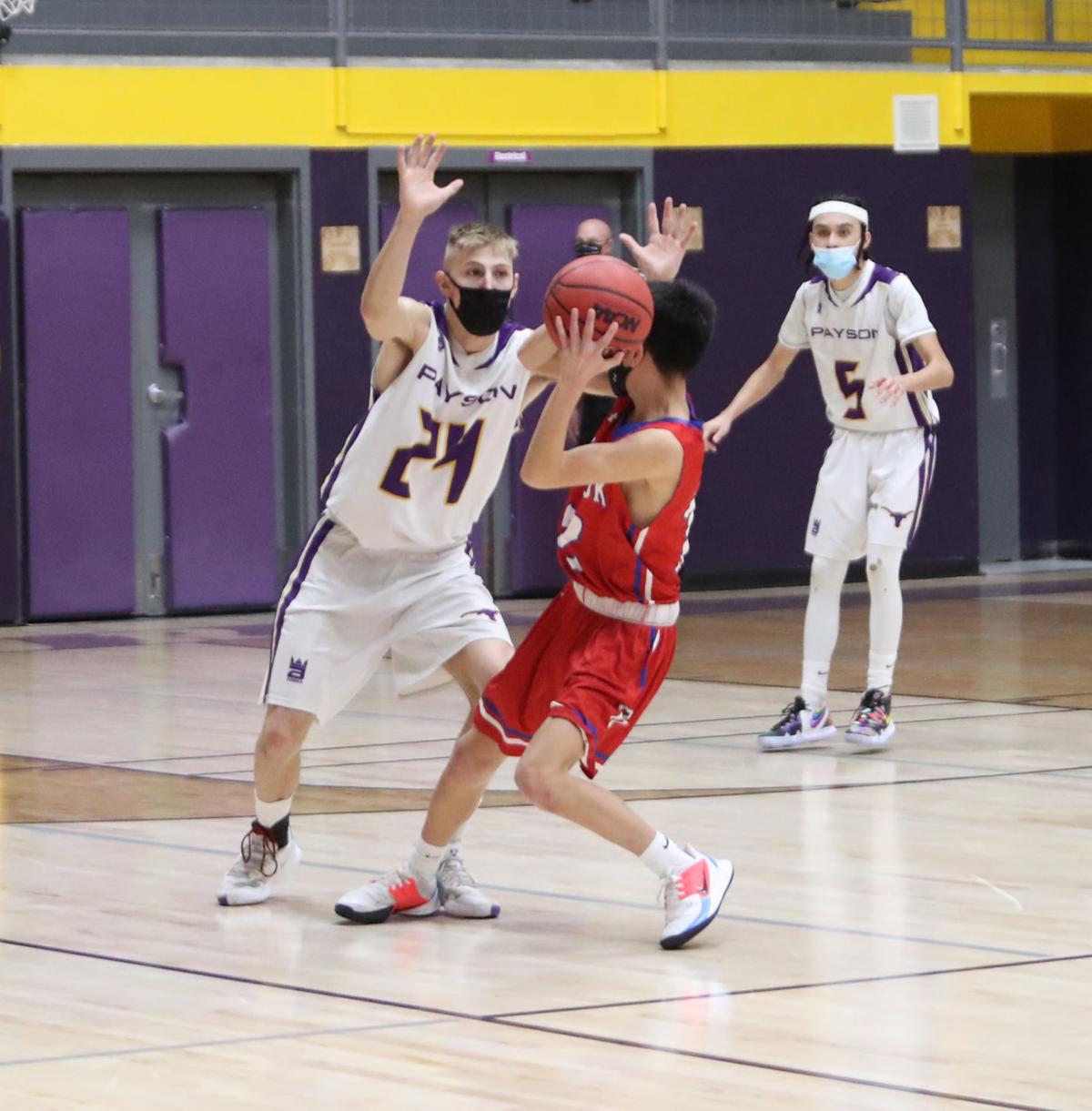 The Longhorns celebrate their victory over Holbrook.

Colton Justice goes up to swat away a pass against Holbrook on Friday.

Easton Redford drained a three-point field goal to put Payson ahead in overtime and the defense did the rest as the Longhorns beat visiting Holbrook 70-65 in boys basketball on Friday.

Payson outscored the Roadrunners 5-0 in overtime to put away a back-and-forth game featuring 20 lead changes in front of the largest crowd of the season in Wilson Dome.

The defense came up big late but the offense led the way all game as the Longhorns poured in their highest point total of the year in avenging a 52-19 loss at Holbrook on Feb. 2.

Hunter Lee poured in a game-high 25 points to ignite the offense. Redford added 19 to power the Longhorns (2-4 3A East), who won for the second time in four games before falling to 2-9 with a 66-33 home court non-region loss against Round Valley (3-9) on Saturday night.

Against Holbrook (4-8, 3-5 3A East), Lee also grabbed nine rebounds to help the Horns to a 34-21 rebounding advantage. Redford dished out seven assists and helped defensively with four deflections.

The event featured the largest crowd of the season, an estimated 135 people as the AIA allowed more spectators recently if local COVID-19 rates met certain standards and local health officials and the host school allow it.

Payson recognized its three seniors — Lee, Justice and Tony Tinnin — in a ceremony with their parents before the game in case their final home game isn’t played.

Payson shot 54.5% from the field to easily top their previous high of 47 points in a 13-point loss against Show Low in their previous game on Feb. 16. Holbrook shot 41.7%.

Lee led Payson with 10 points against Round Valley on Saturday.

Three of four away

The Longhorns play three of their final four games on the road, starting with tonight’s game at Snowflake (12-0, 8-0 3A East).