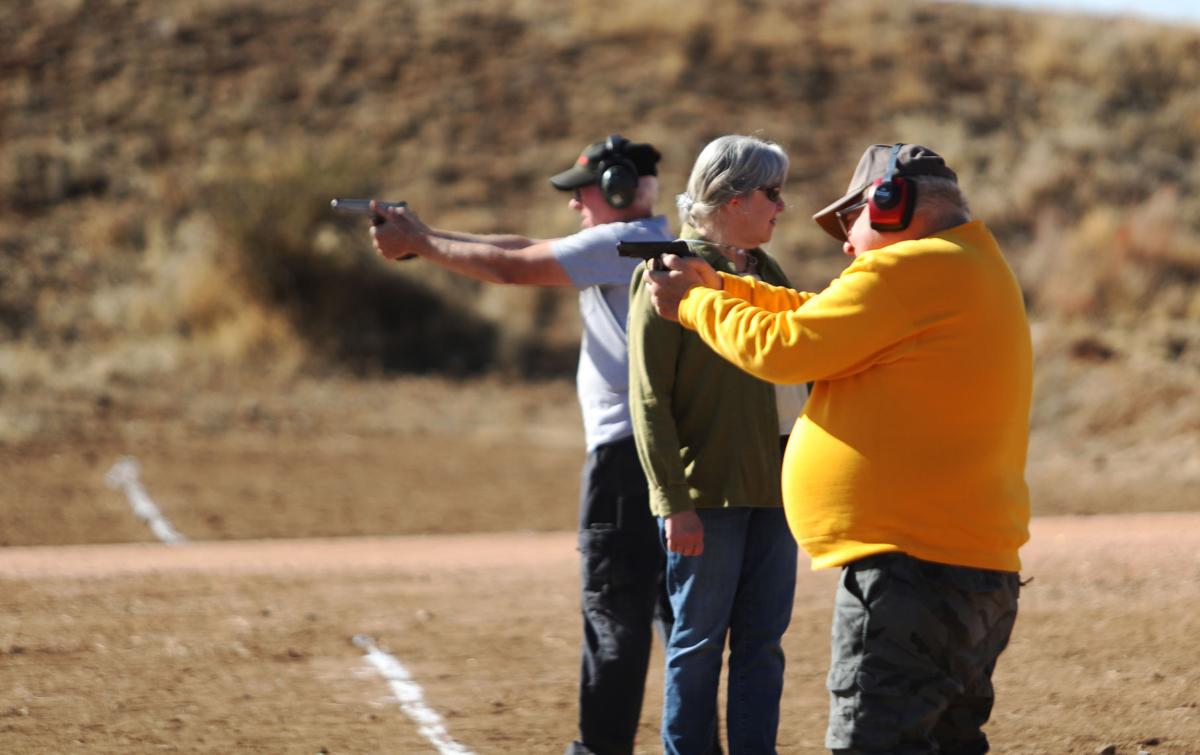 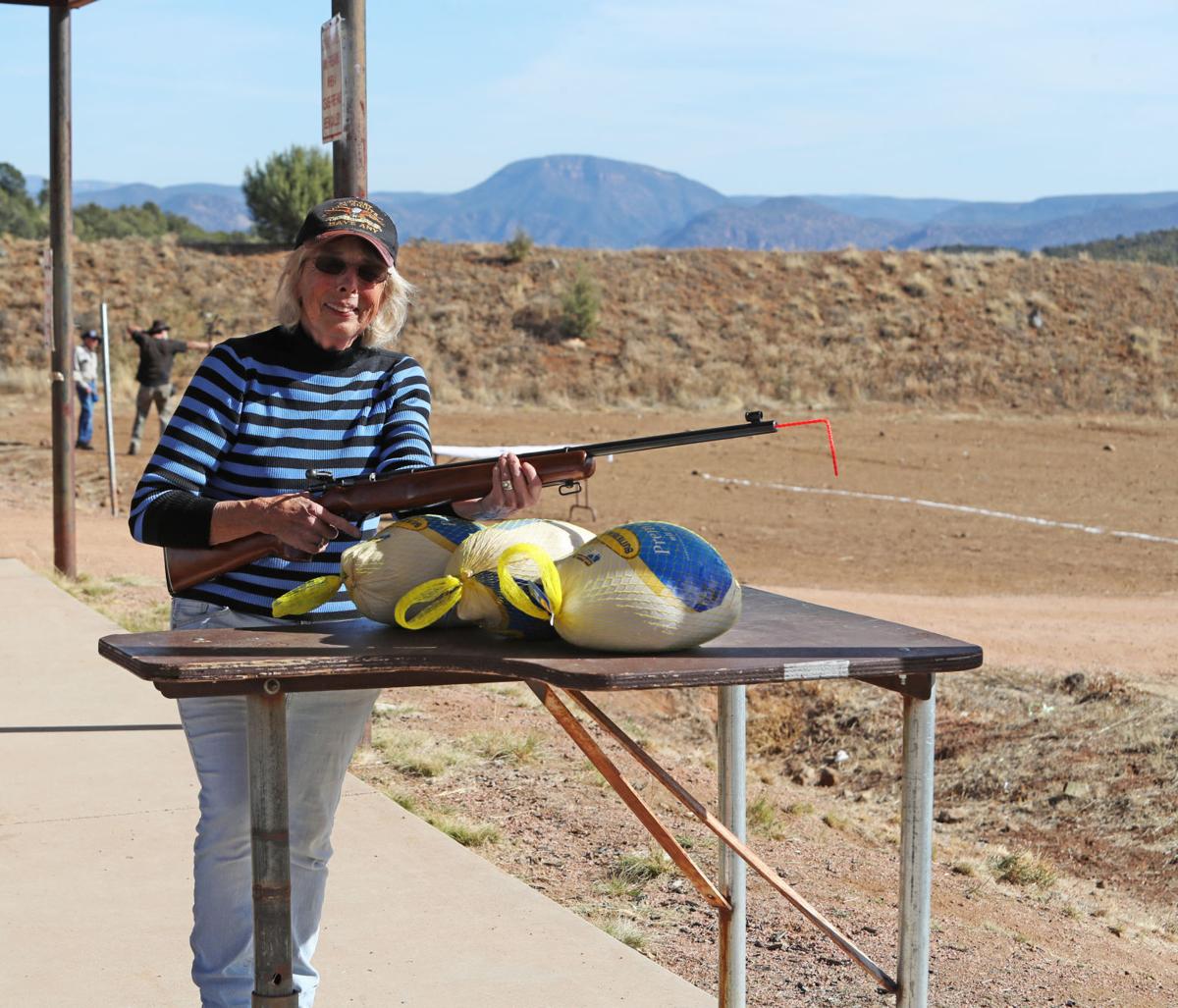 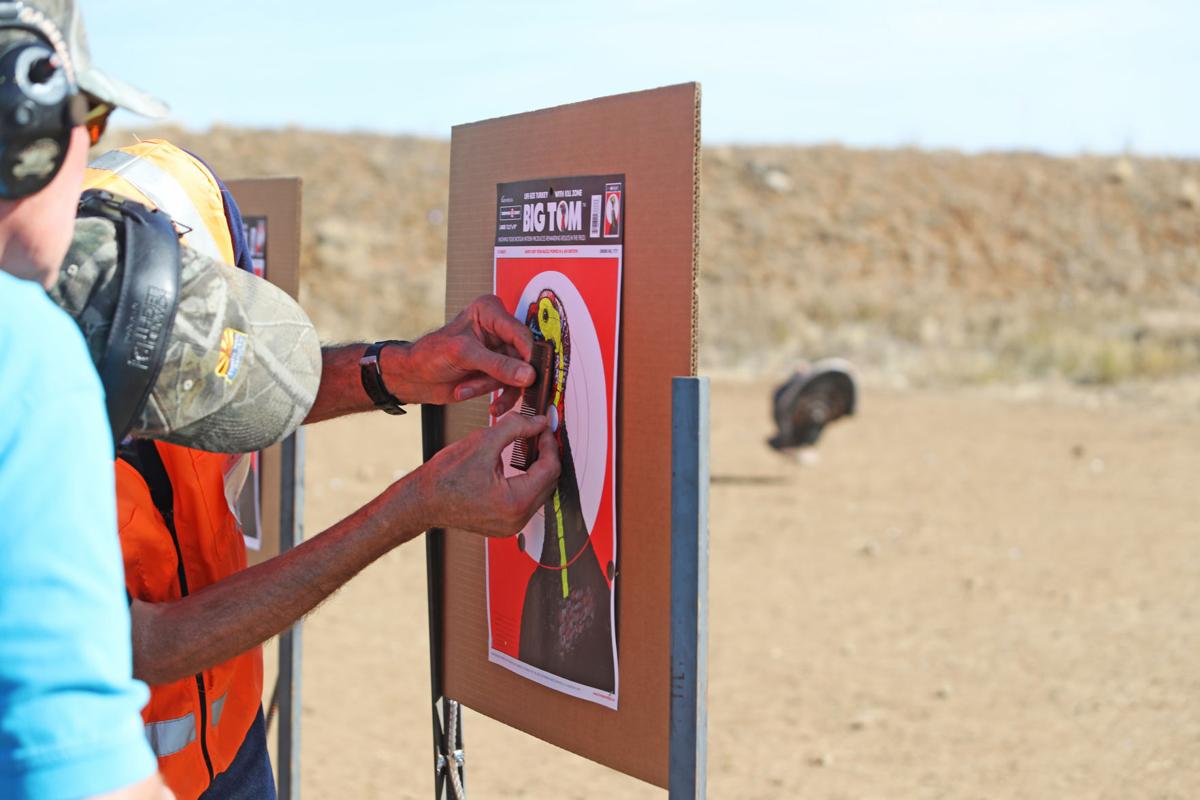 A muddy road forced the cancellation of last year’s event.

But not even a pandemic could stop the Tonto Rim Sports Club from resuming its annual Turkey Shoot at Jim Jones Shooting Range south of Payson on Saturday.

But COVID-19 concerns hung over the event like a dark cloud as the number of participants dropped by about 75%.

So they took in $9-$12 per contest instead of the normal $15, and that didn’t quite cover the cost of the 40 turkeys they purchased from Walmart. The winner of each contest took home a frozen bird for the Thanksgiving table.

Ideal weather couldn’t offset the effect of the COVID-19 pandemic on turnout. Scheduled to run from 10 a.m. to 2 p.m., they closed at 1 o’clock because there were no more participants.

“We’ve had about 25% (of the normal number of participants),” Niebch said. “We usually have five or six shooters at one time, and we’ve only got three or four for most contests this year. The turkeys we’re giving away this year are Butterball turkeys, so it’s worth their while to try to win a turkey.”

They lost money on the event because of the cost of the turkeys, but that’s not really what the turkey shoot is about.

“We’ve never made money on a turkey shoot,” Niebch said. “It’s a fun event. It’s to try to get the public in. Back East it’s really popular, the turkey shoots. It draws hundreds of people.”

Competitors shoot at targets from various distances — 10 yards for handguns, 50 yards for shotgun with slugs, 100 yards for rifles, and 25 yards for 3D archery. You can use any caliber firearm with any sights.

One of those who enjoyed a good day was Payson resident Mary McEvoy, 78. The retired flight attendant took home three turkeys after winning rifle, shotgun and pistol contests. She used a .357 Magnum pistol, a .22 rifle and a 20-gauge shotgun. She and her husband, Rob, took the birds home and will eat one this week and the others in coming months.

“We just put them in the freezer and when company comes, we’ll cook ’em,” she said.

She’s a veteran of the shooting range but had surgery on her hand and missed the 2018 Turkey Shoot. After last year’s cancellation, so she was ready to get back to winning turkeys.

And not everyone is happy about that.

“I was just starting the turkey shoot; I used to hunt with my 20-gauge shotgun back in New York state and I was shooting targets here for the Turkey Shoot and I would win and the second year I think I was here I was winning another turkey with the shotgun and the guys were telling me not to bring that gun next year.

McEvoy is a former member of the Maricopa County Sheriff’s Posse and paramedic.

She’s been hunting since she was a girl growing up in Rochester, N.Y.

“I just like hunting,” she said. “I like to get the deer and the elk. My dad helped me shoot and I went from there.”