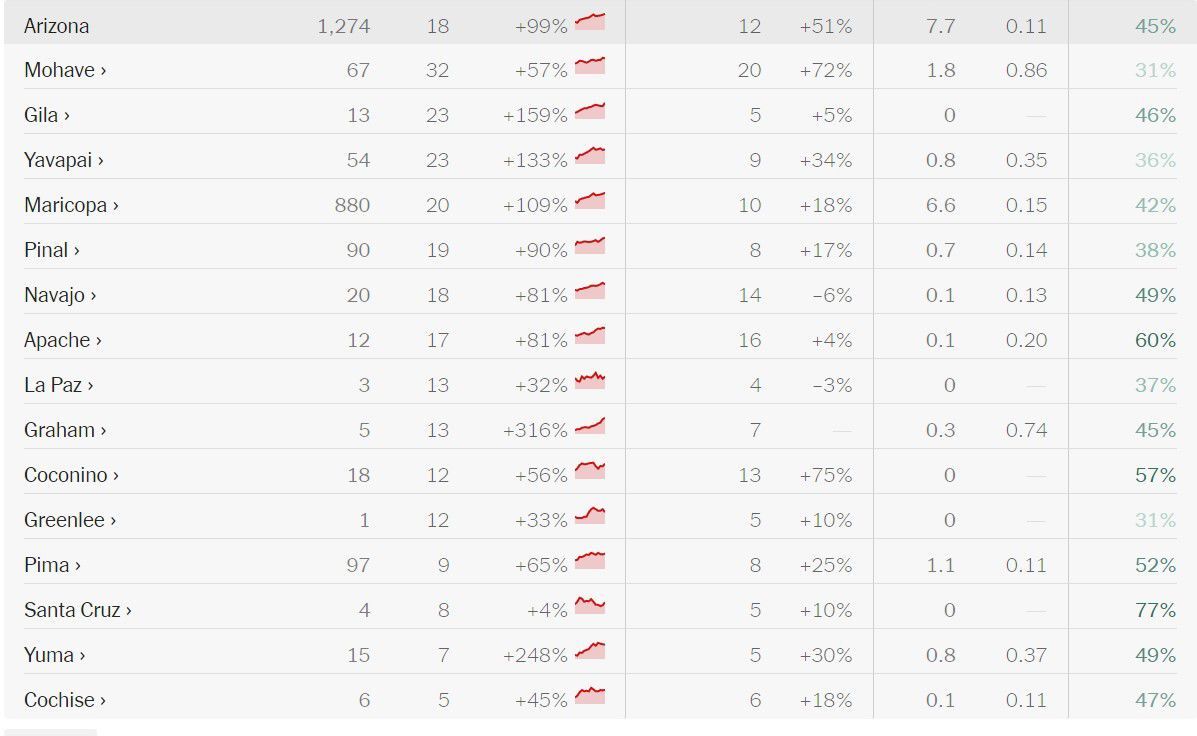 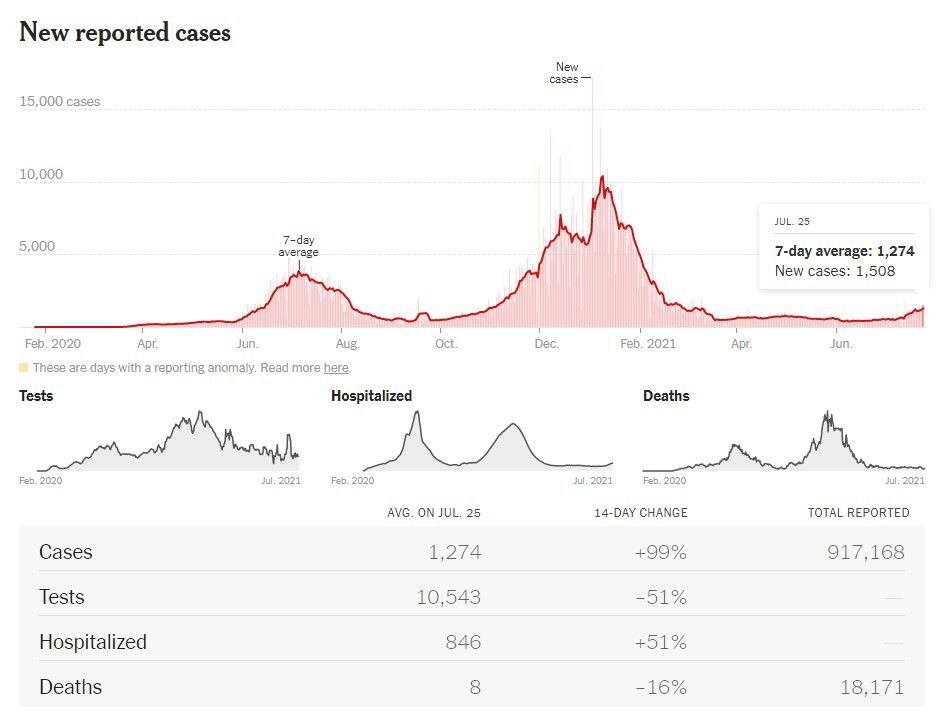 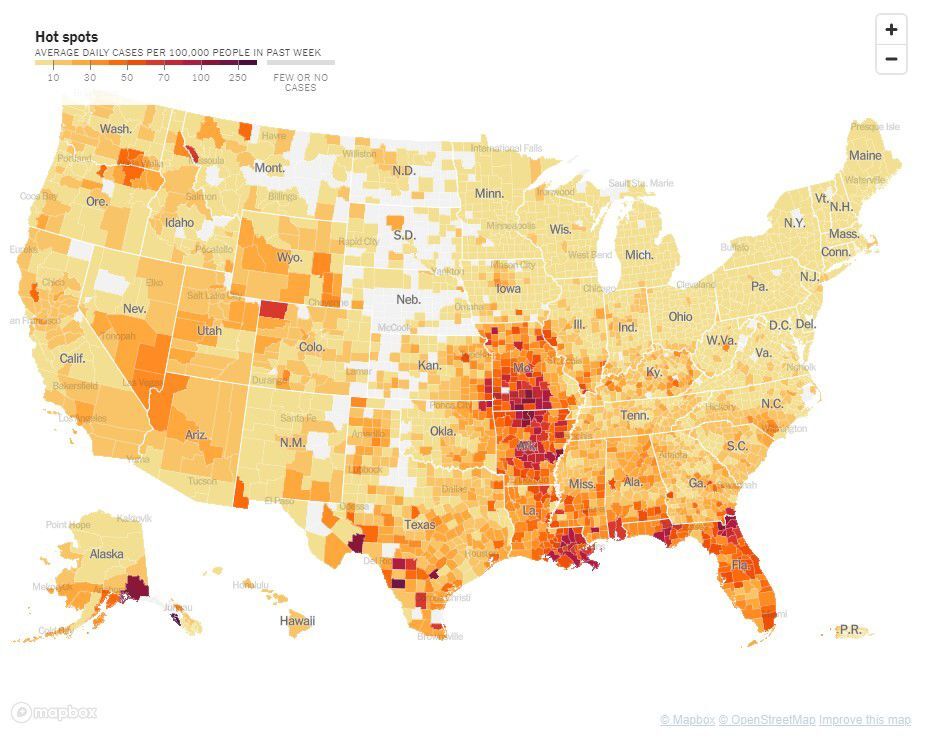 The highly contagious Delta variant now dominates in Arizona, leading public health officials to issue a fresh plea for people to get vaccinated — especially teenagers about to head back to in-person classes.

Studies now show that the Delta variant reproduces faster and produces a viral load roughly 1,000 times greater than the original strain, according to a summary of research published in the peer-reviewed journal Nature.

Some evidence suggests Delta might cause more serious illness and prove better able to infect children, but that’s still unclear. Countries like India and Indonesia where Delta has taken over, report a much higher death rate and more illness and deaths among children, but that may reflect the near collapse of their health systems rather than the qualities of the virus.

However, it is clear the Delta strain does spread much more quickly and becomes the dominant strain once it’s introduced, driving spikes in infections, hospitalizations and deaths wherever it gets established.

“We are finding Delta pretty much everywhere now. It is officially our dominant strain and likely will remain that way until and unless another variant shows up that can spread even faster,” said David Engelthaler, director of the infectious disease branch of the Arizona-based Translational Genomics Research Institute.

New cases have risen sharply in Arizona, up 99% as a daily average in the last two weeks. Arizona now has the seventh highest rate of spread nationally at 18 cases per 100,000, compared to a national average of 16 per 100,000. Some other states in the West and South have even lower vaccination rates and higher rates of spread, with Arkansas reporting the worst outbreak at 60 per 100,000.

Gila County is now considered at high risk for the spread of the virus. Gila County has an infection rate of 23/100,000.

In Gila County, cases have increased 159% in the past two weeks as a daily average.

Studies have shown that the Moderna and Pfizer vaccines are both highly effective against the Delta variant — but most likely only after the second shot. The Delta strain is apparently a little more likely to cause a “breakthrough” infection in people who are fully vaccinated, but still much less likely to cause serious illness in people who have had their shots.

As a result, health officials have issued an urgent call for people to get vaccinated to prevent a fresh spike in infections — especially on school campuses when classes resume in August.

The federal Centers for Disease Control Director Dr. Rochelle Walensky has called the fresh spike across the nation “a pandemic of the unvaccinated.” Nationally, she estimated that the Delta variant now represents 83% of new infections, compared to just 50% the week of July 3.

In Arizona, about 95% of new cases in May were among the unvaccinated.

“Each death is tragic and even more heartbreaking when you know that the majority of these deaths could be prevented with a simple, safe, available vaccine,” Dr. Walensky told a U.S. Senate committee last week.

Even vaccinated people can suffer breakthrough infections — and serious illness. Arizona has recorded more than 3,500 breakthrough cases among 3.2 million fully vaccinated residents. So far 28 of those people have died — a much lower death rate than among the unvaccinated.

Misinformation about the vaccine is rampant on social media, say health officials. In fact, the approved COVID vaccines are extremely effective in preventing both infection and serious illness, with minimal side effects. The vaccines are 95% effective, compared 39% for the flu vaccine, 97% for measles and 88% for mumps.

The number of daily vaccinations has dropped from about a peak of about 4 million a day in April to just 537,000 daily in the past week.

At the present pace, we won’t top an 85% vaccination rate until next June.