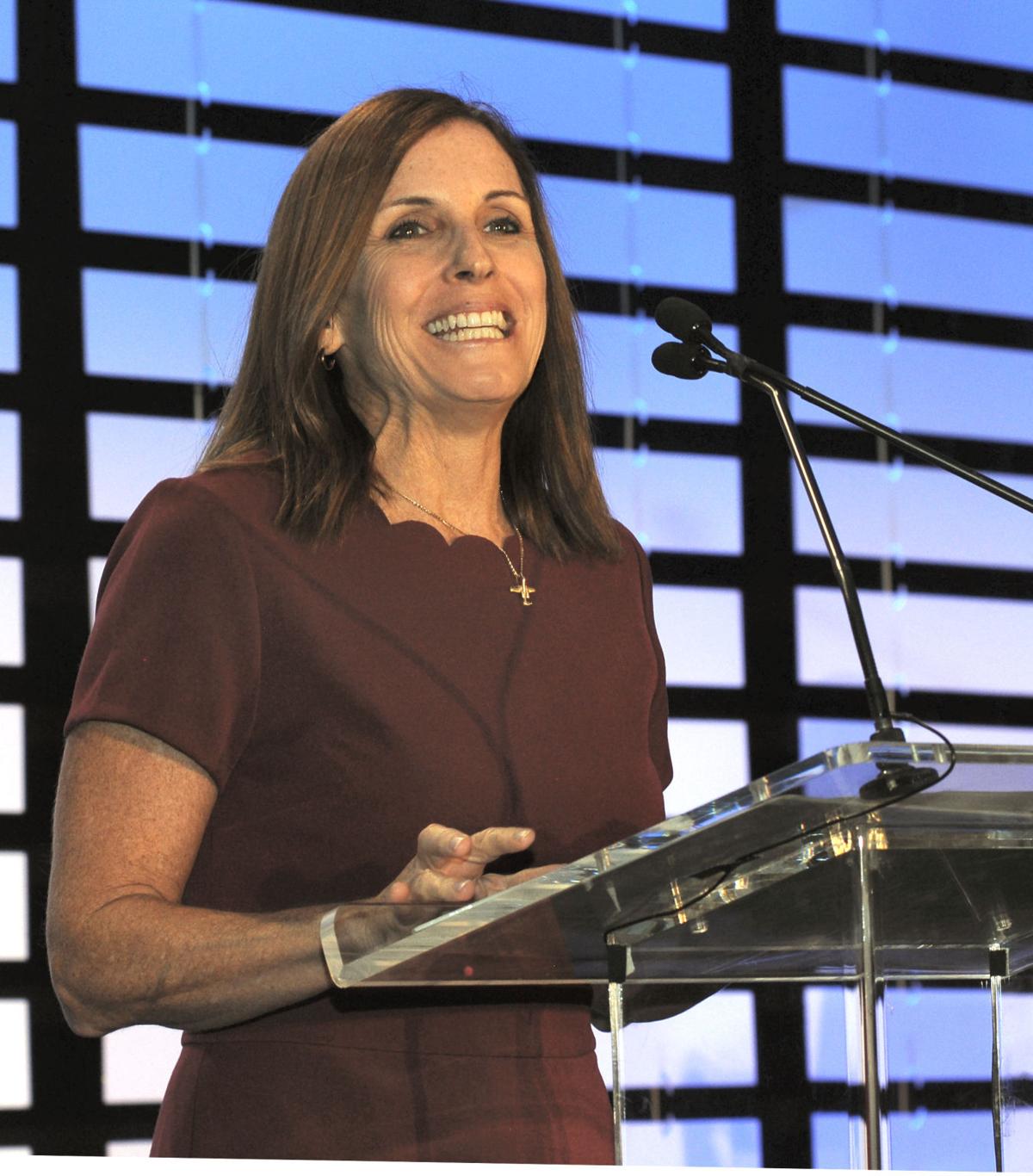 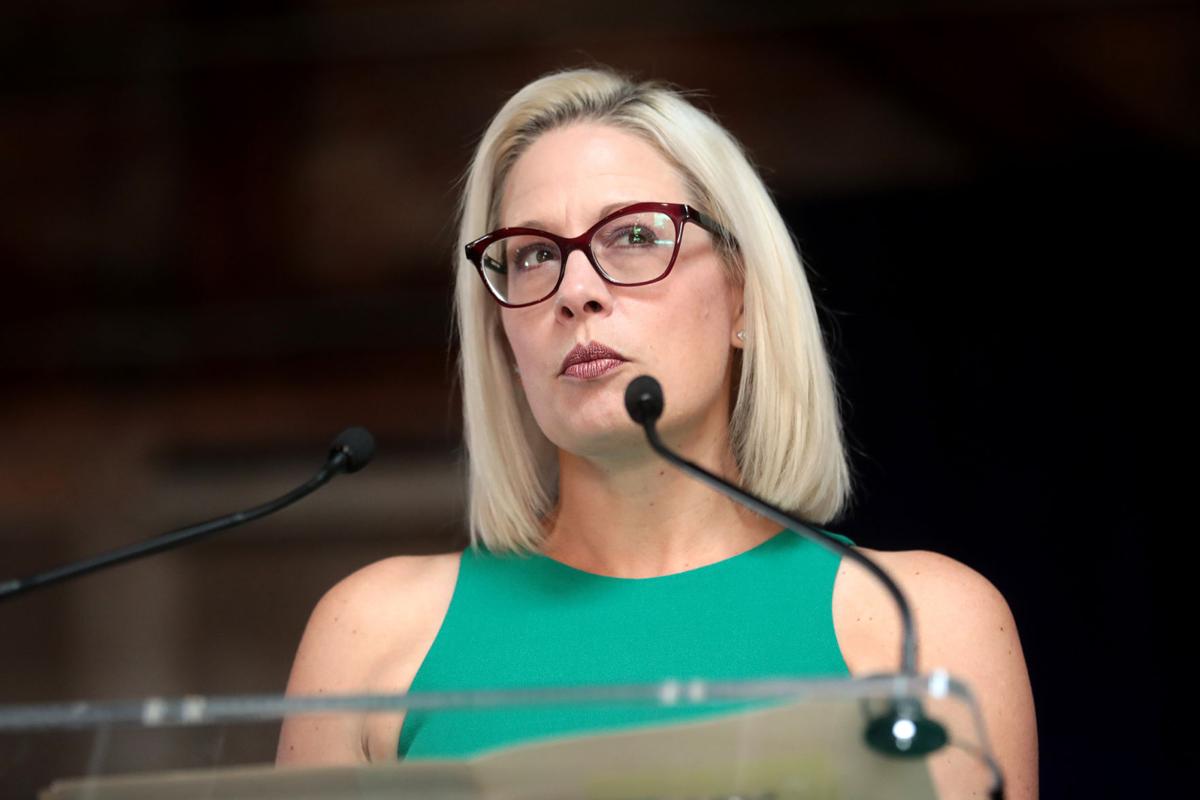 Senate Republicans failed on Thursday to approve a “skinny” COVID-19 stimulus bill, even as the jobless numbers stalled and economic impacts piled up.

The 52-47 vote along party lines was well short of the 60-vote majority needed for the package to pass. Arizona Republican Sen. Martha McSally voted for the slimmed-down plan and Democratic Sen. Kyrsten Sinema voted against it.

Only Republican Rand Paul crossed party lines to oppose the Senate leadership’s package — arguing even that slimmed down total was too expensive.

House Democrats had months ago approved a $3 trillion package that included an additional $1,200 check for each taxpayer, an extension of a $600-per-week boost in unemployment, nearly $1 trillion to bail out schools and local governments and additional measures.

Senate Republicans initially countered with a $1 trillion package with most of the money going to provide a second $1,200-per-taxpayer check and more loans and grants to businesses. That package failed several weeks ago, prompting a renewed effort last week.

House Democrats demanded a plan totaling at least $2.2 trillion as a basis for negotiation. However, the second Senate plan included about $700 billion, dropping the $1,200-per-taxpayer check and limiting the added jobless benefit to $300 per week.

“Partisan political bills that have no chance of becoming law do not move us any closer to supporting everyday Arizonans during this economic and public health crisis — whether they start in the Senate or the U.S. House,” Sinema said. “It is past time for congressional leaders and the administration to leave their partisan corners and reach a bipartisan compromise that can pass help to Arizona families, businesses and providers immediately.”

McSally supported the Republican package saying it provided targeted relief and would provide a reduced extension of jobless benefits that would no longer provide an incentive for people not to return to work because the extra money gave them more money on unemployment than they’d been making on the job.

The renewed stalemate comes in the face of signs that despite a slow, steady decline in new cases and deaths nationally and in Arizona, economic gains have stalled.

Four months after shutdowns that drove unemployment to nearly 15%, the unemployment rate has dropped to 8.4% nationally. However, some 857,000 workers filed for new claims last week under traditional categories and 839,000 under the federal Pandemic Unemployment Assistance program, which includes part-time and self-employed workers not normally able to get jobless benefits.

Some 30 million Americans were receiving jobless benefits for the week ending on Aug. 22. The number of part-time and self-employed workers seeking help has increased in recent weeks. Many of those workers in Arizona could not get jobless benefits for months because the claims overwhelmed the state’s aging system. Some jobless workers in Arizona this week reported that a state glitch has issued blanket claims rejections because the computer thinks people have previously received benefits in Canada.

The original $600 per week boost in jobless benefits expired in July. Arizona normally pays a maximum of $240 per week — one of the lowest maximum payments in the country. Normally, part-time and self-employed workers aren’t eligible for any help.

President Donald Trump’s executive order providing $300 a week by diverting disaster relief funding will likely run out by the end of this month. The diversion from the $60 billion disaster relief fund comes in the face of epic wildfires in California and an onslaught of hurricanes and tropical storms.

The partisan divide over additional assistance for schools, local governments, the unemployed and businesses is also reflected in the congressional races in Rim Country and the White Mountains.

In Congressional District 1, Rep. Paul Gosar voted for the original CARES Act, but opposed the second installment of assistance.

His Democratic opponent in the district that stretches from Yuma to northern Gila County Delana DiSanto said she would have voted for the extended aid and criticized both sides for not finding a solution.

“Party is not over country. As leaders, we must find common ground with both sides. We need to know one another as people, not as adversaries. Don’t demean them, respect them.”

In Congressional District 1, Democratic Rep. Tom O’Halleran voted for the second relief measure and said he was “outraged” that Senate Republicans refused to negotiate in good faith for a compromise measure.

“Families are being kicked off their extended unemployment, are continuing to lose their jobs and health care through no fault of their own. We need a deal for American families now.”

“Rather than standing with Washington Liberals, Tom O’Halleran needs to be doing whatever it takes to help his constituents who are suffering,” she said.

What about the trillion dollar relief bill voted down by every single Democrat? They could have voted for that to help everyone and then come back to try for even more.

More proof that the dems care about nothing more than trying to see the President fail. The next month and a half will be telling. Expect more breaking news stories with anonymous sources seeking to discredit President Trump. They don't care about their base, and hopefully the polls show that this year.