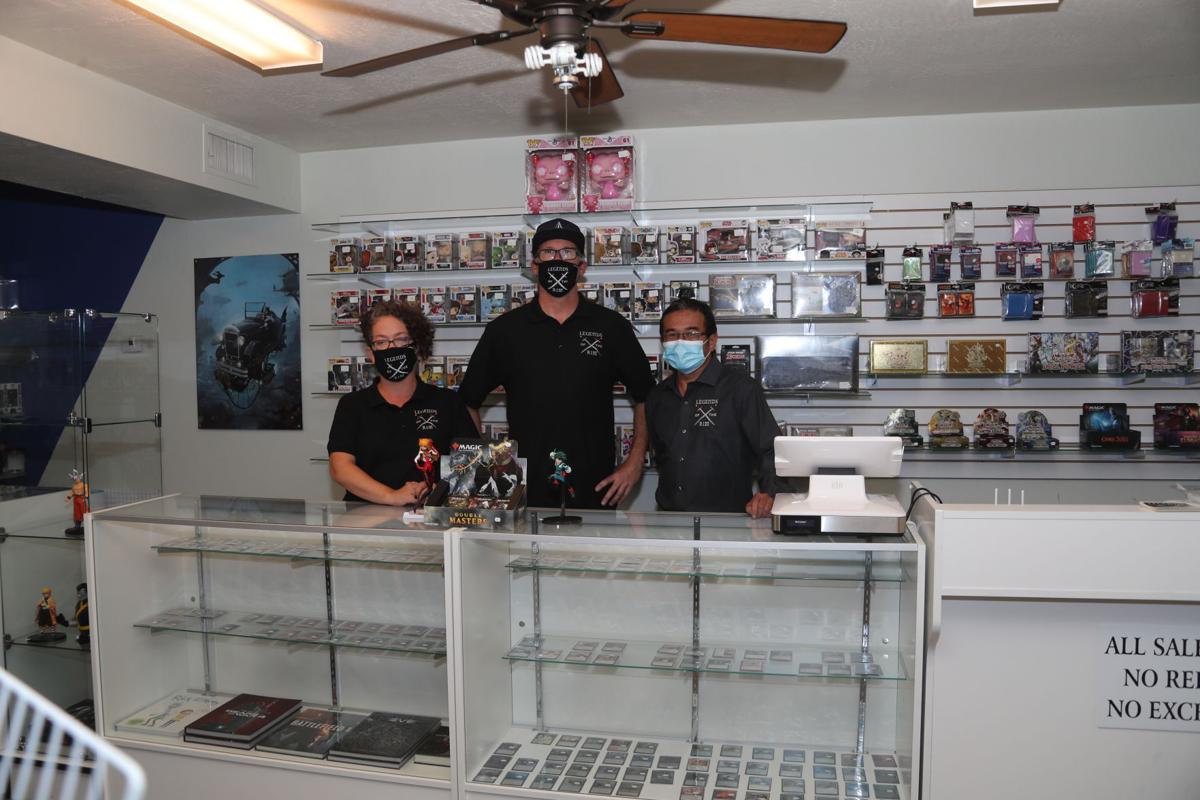 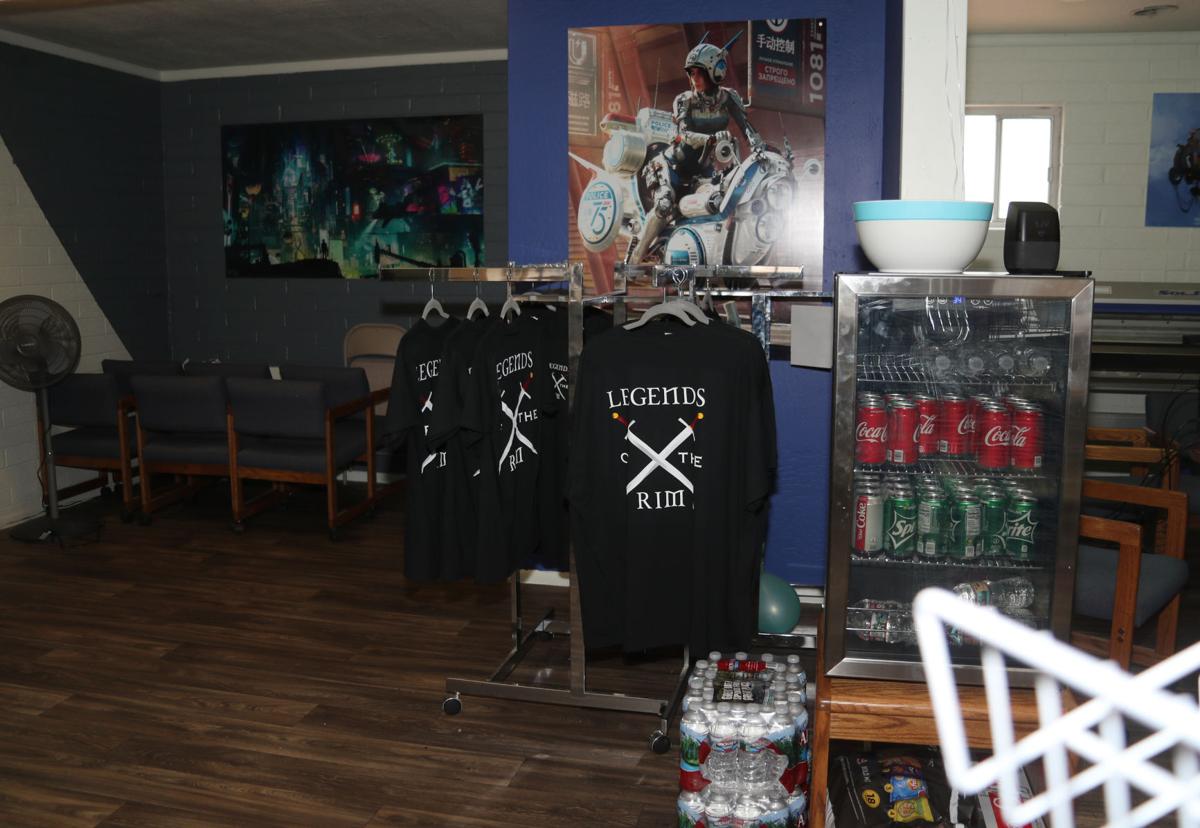 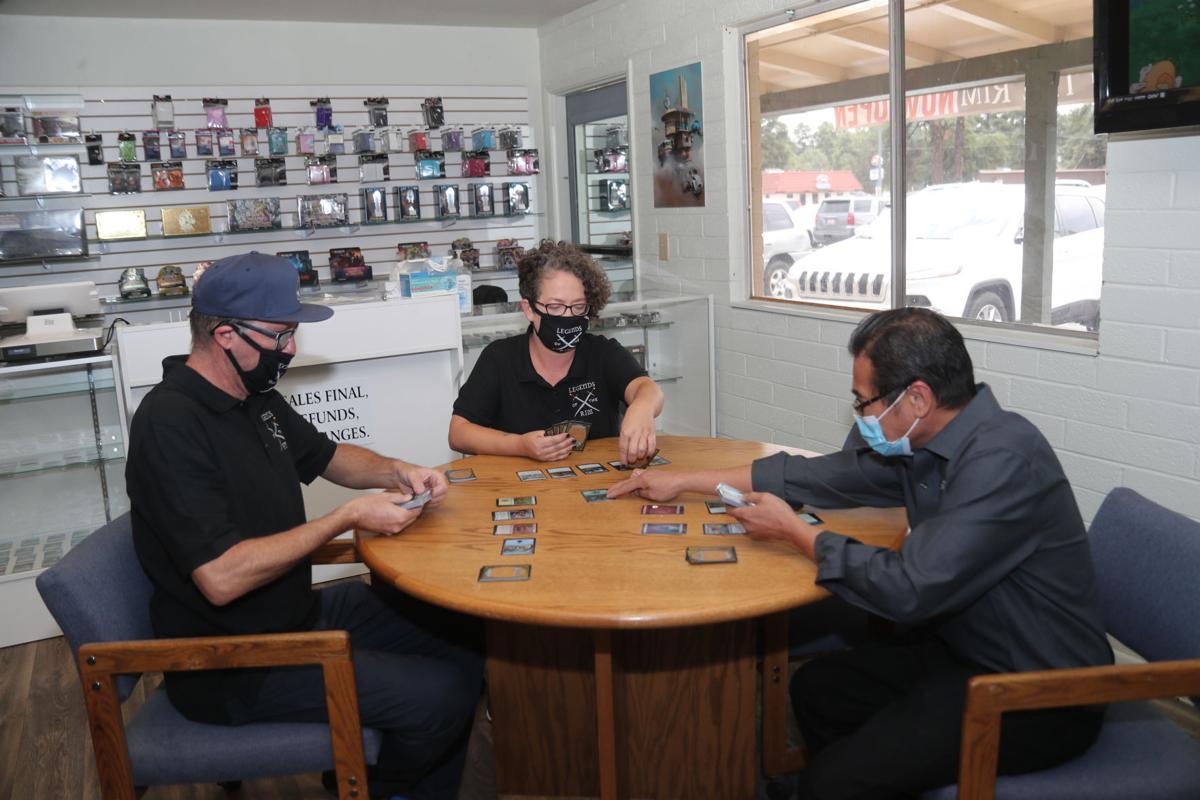 From left, Joe Mietzel, Heather Oberg and Eric Pilapil play Magic The Gathering, one of the games they sell at Legends of the Rim. 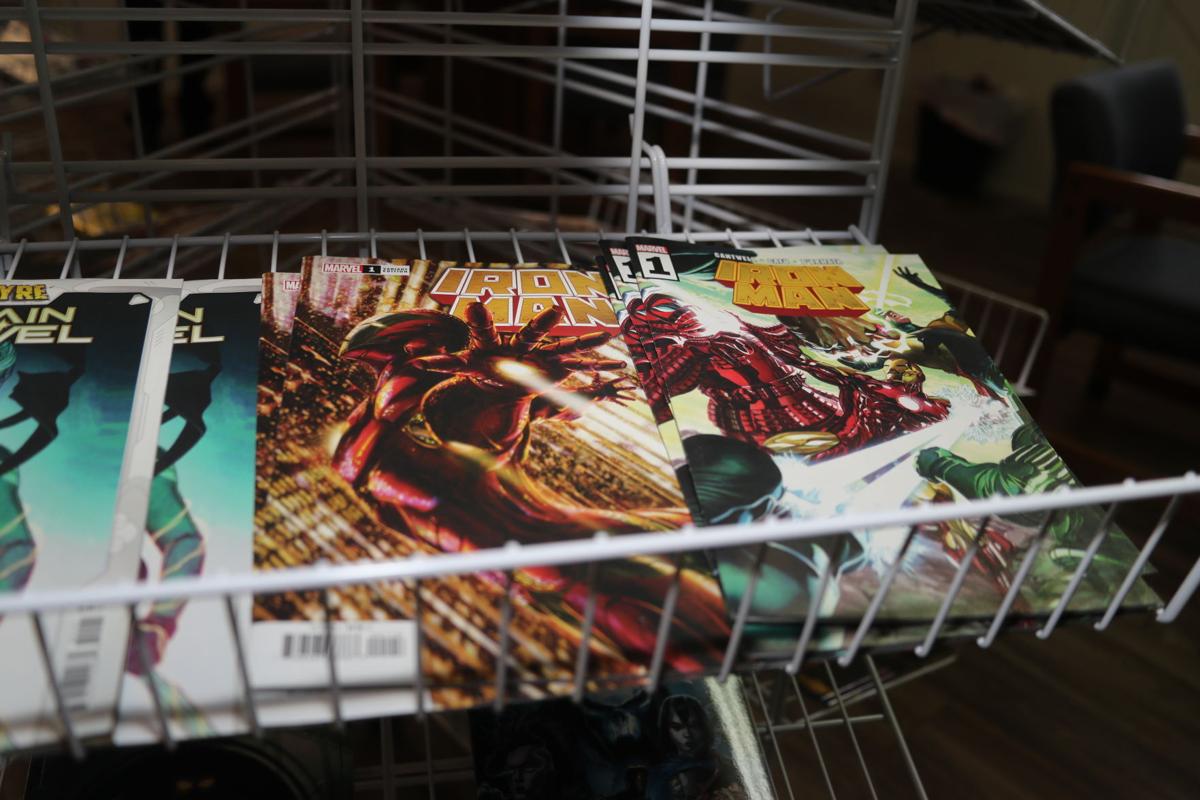 Iron Man is just one of the comic books sold at Legends of the Rim. 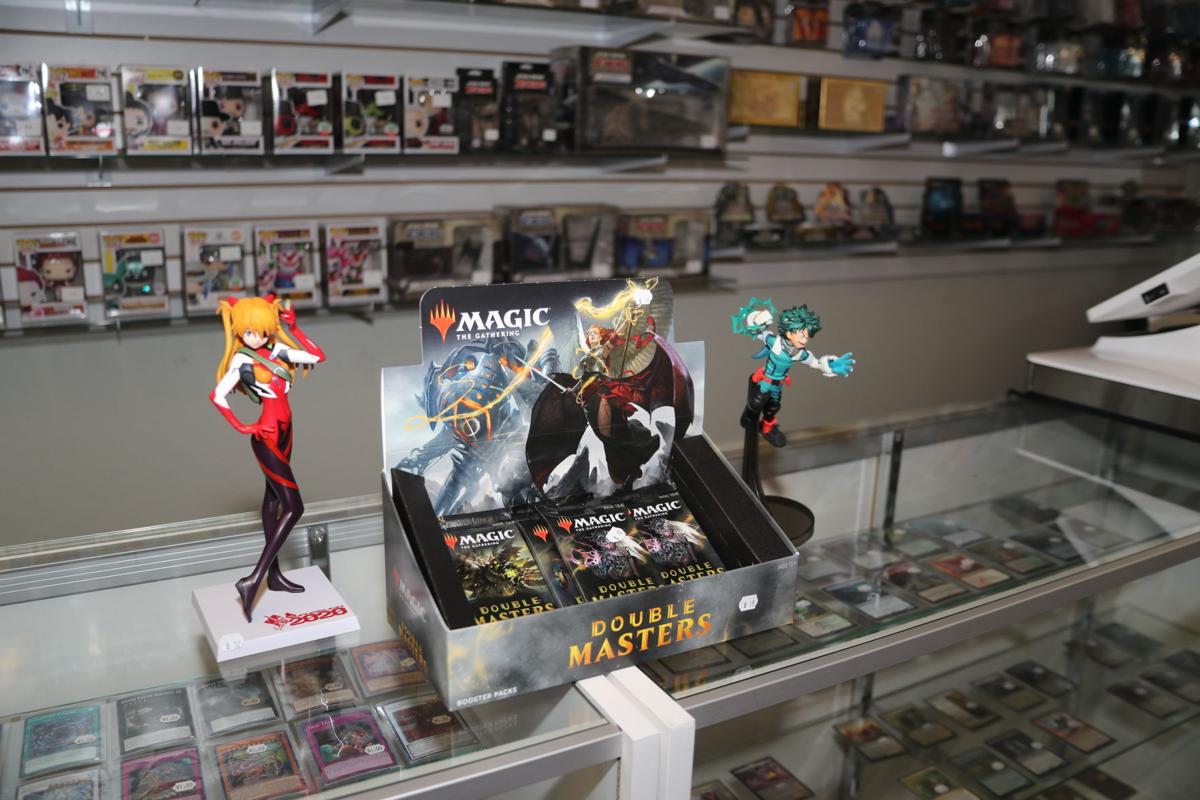 Legends of the Rim is your store for collectables, role-playing games, trading card games, comic books, graphic novels and more.

From left, Joe Mietzel, Heather Oberg and Eric Pilapil play Magic The Gathering, one of the games they sell at Legends of the Rim.

Iron Man is just one of the comic books sold at Legends of the Rim.

Legends of the Rim is your store for collectables, role-playing games, trading card games, comic books, graphic novels and more.

They shared a love for role-playing games like Magic The Gathering and Dungeons & Dragons.

She encouraged her friends to move to Rim Country in recent years. They both took her advice and moved to Payson. She employed both to work at Ironhorse Signs.

On Sunday, they joined forces to open a business they could have only fantasized about decades ago.

Legends of the Rim, at 512 S. Beeline Highway in the Twin Pines Plaza next to Italio To Go, features comics, graphic novels, Manga, role-playing games, trading card games, Funko-pop and other collectibles.

Oberg is the administrative partner.

“I started this business to give my teenage kids a job,” she joked. “The real thing is we wanted to give kids and young adults a new place to have to come out and interact while playing games.”

She met Pilapil and Mietzel when she lived in San Clemente, Calif.

Pilapil, is the store manager. He moved here from Los Angeles three years ago. He’s owned three comic book shops and worked at about 20 over a quarter century.

A single dad, he got out of the industry to focus on raising his four kids. And he installed the signs Oberg designed for area businesses for the last three years.

“I think I put up half the signs in Payson,” he laughed.

Pilapil is glad to be back in a business he’s very familiar with and providing something that was missing here.

“I left this for a while and moved to Arizona and noticed you don’t have a comic book store,” Pilapil said. “I talked to Heather and decided to do it this year. Unfortunately, we got the keys to this place in March then COVID happened.”

State and local restrictions, and a lack of products because distributors had to close, meant they couldn’t open for months.

But now they are.

And Pilapil is confident the business is here for the long haul.

“I wouldn’t jump into this again unless I knew it would work,” he said.

Joe Mietzel joined them in Rim Country last November. He is a junior partner in the business.

He worked for Ritz-Carlton in Southern California and Lake Tahoe for more than 20 years before deciding 10 months ago that it was time for a change.

“I’ve always been a fan of gaming and games,” Mietzel said. “If we can interest people in that, I think they’ll really enjoy it and it will give us a place to enjoy each other’s company.”

Legends of the Rim offers an alternative to spending hours a day on your phone or computer screen.

Manga is Japanese or Japanese-influenced comic and graphic novels.

What is Funko-pop? Funko Inc. is an American company that manufactures licensed pop culture collectibles.

Legends of the Rim is open from 11 a.m.-7 p.m. Thursday-Monday and closed Tuesday and Wednesday.