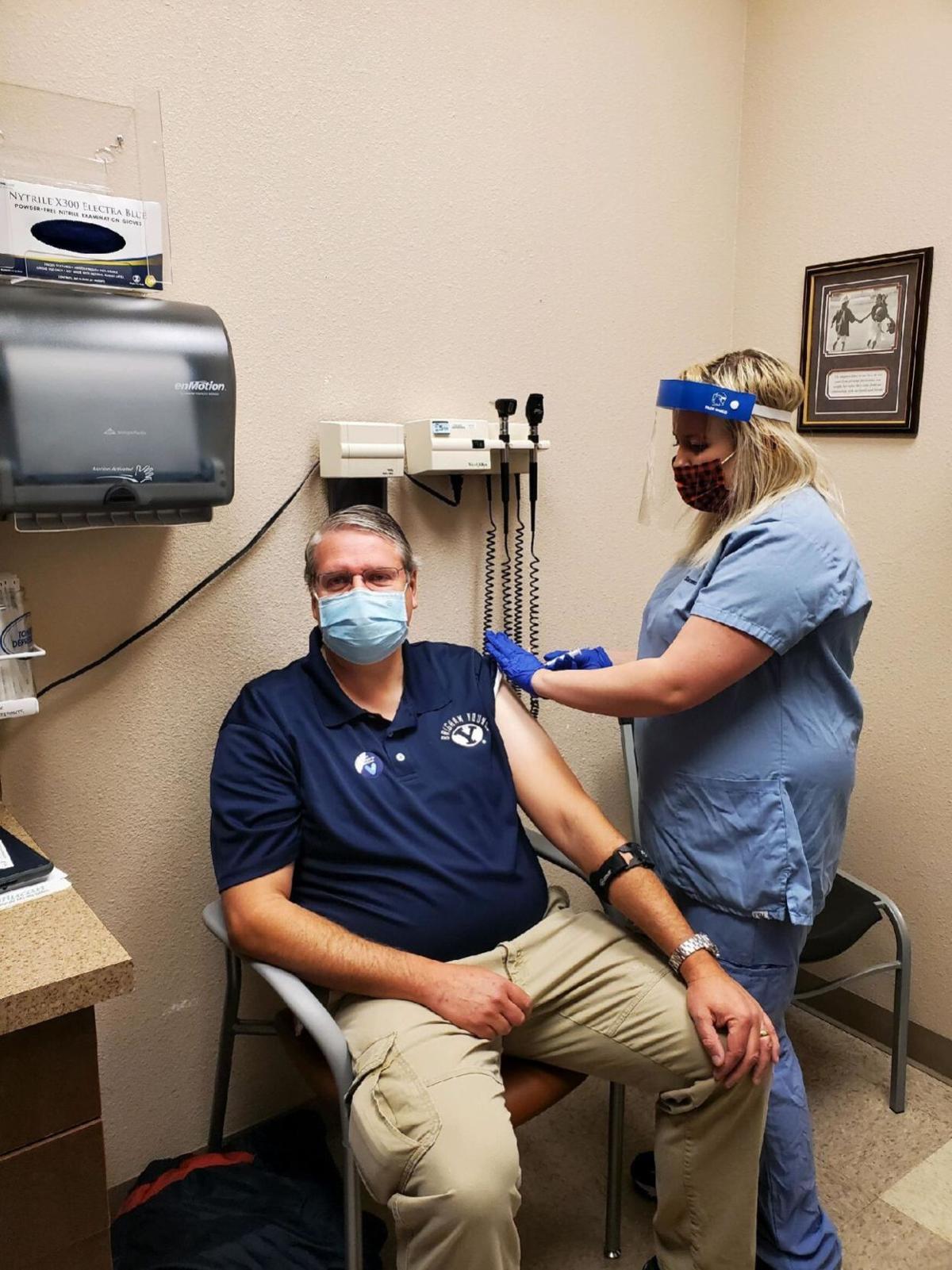 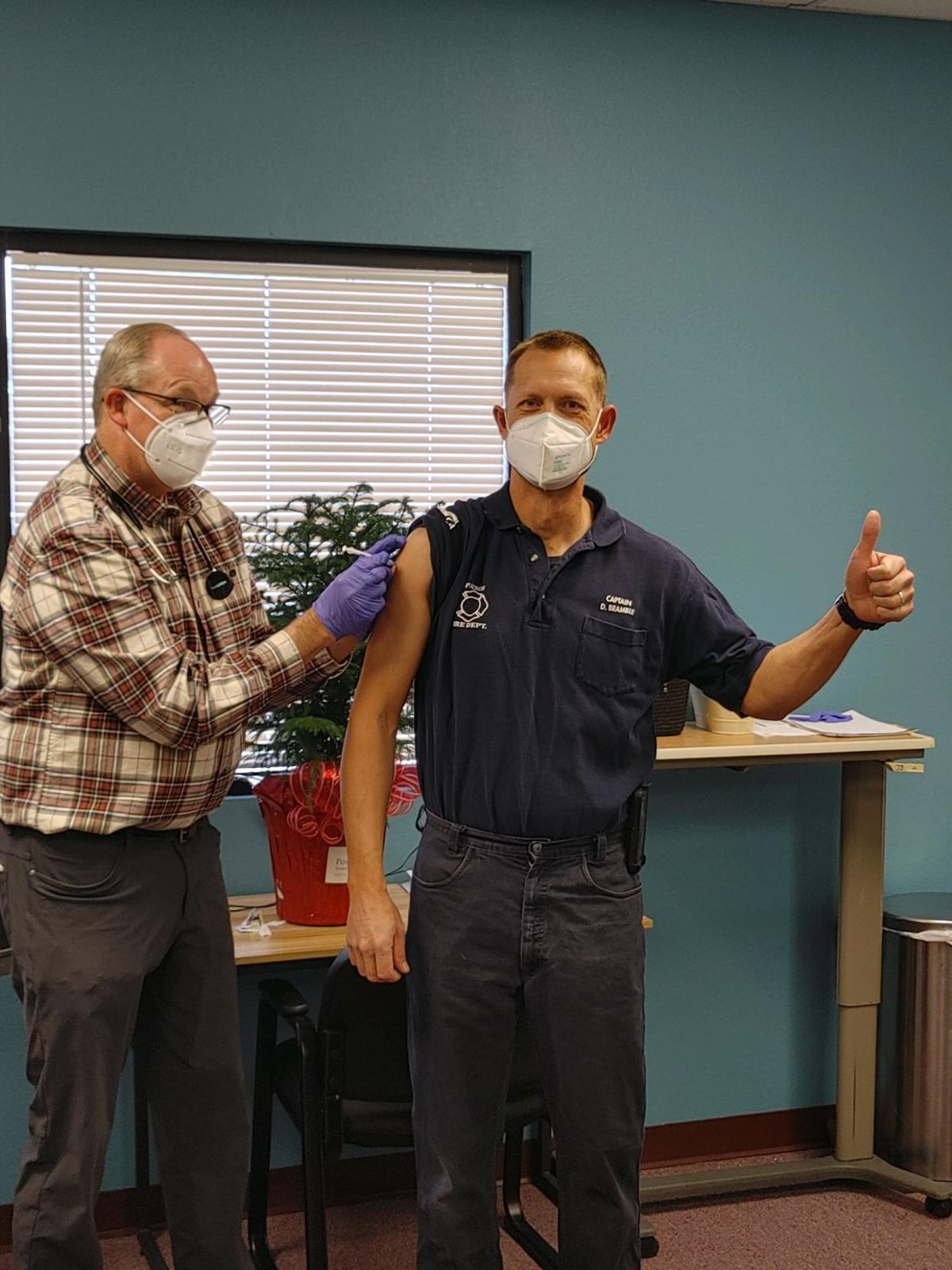 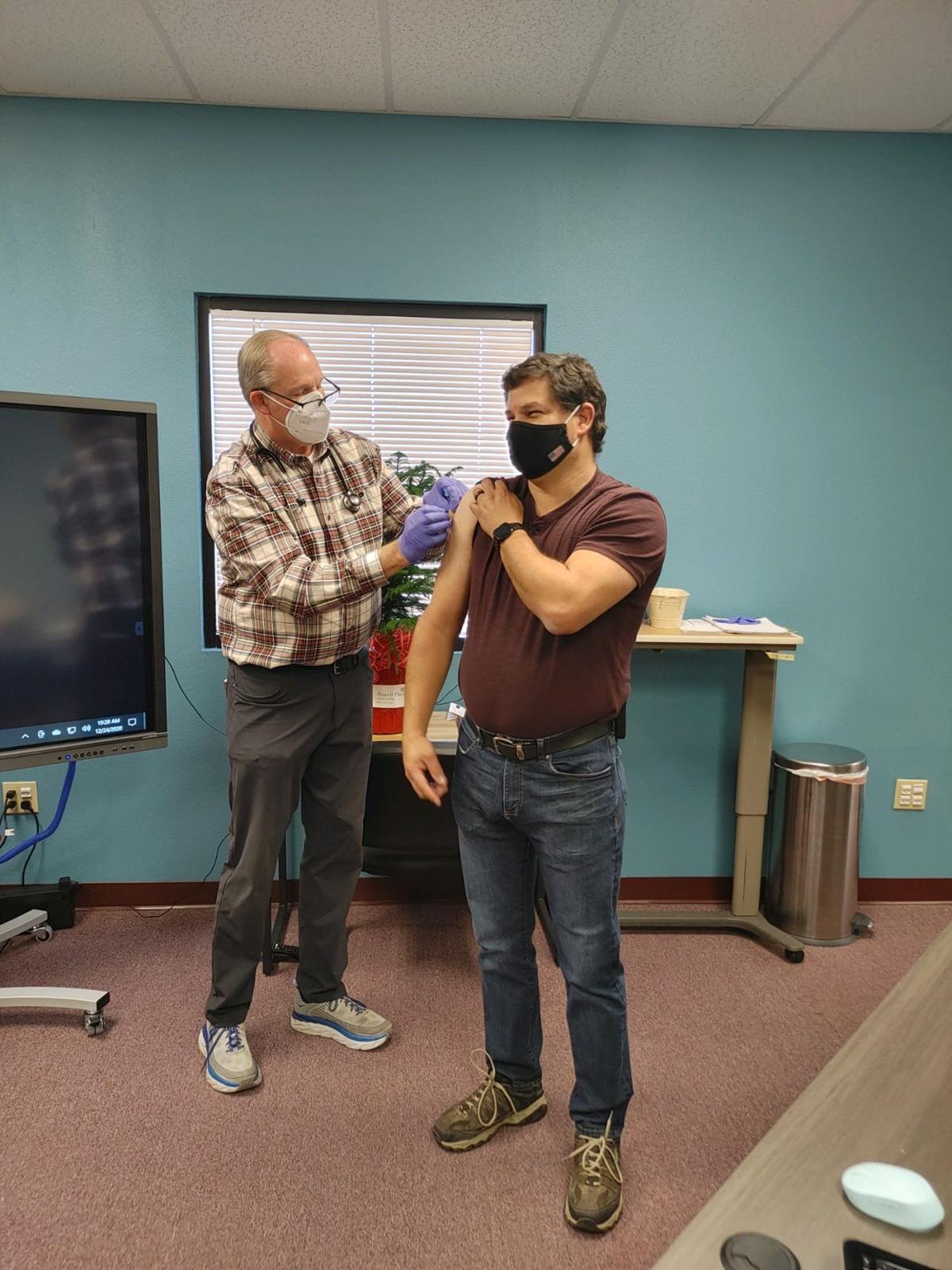 A doctor and local firefighters are speaking out in favor of the COVID vaccine after receiving their shots last week in the hopes it will give the community confidence to get inoculated once the vaccine is more widely available.

Fire Chief David Staub was among three firefighters who received the Moderna shot on Thursday, Dec. 24.

“We were not without our reservations, but we did some research and spoke to Dr. (Alan) Michels and were comfortable getting the shot,” he said.

Afterward, Staub said he had a headache and some soreness, but felt better the next morning. The other firefighters reportedly had no major effects.

Staub said he chose to post photos of himself and the others receiving the shot on social media to dispel fears and to encourage others to get vaccinated so “we can all get back to normal.”

“Other than a slightly sore arm, I have not had any immune reaction symptoms such as fever or aching. I was observed for any adverse reactions, but like the vast majority of those who have received it (over a million in the U.S.), I didn’t have any. I did a six-mile hike several hours after the shot without any difficulty.”

Schouten said he too did his research before getting the shot.

“I have carefully studied this vaccine and the one by Pfizer, and amazed that they are available so quickly. The process was not rushed; rather, the bureaucratic red tape was expedited,” he said. “Normally, when a vaccine is being developed, it can take years, most of which is not spent in development and testing, but in waiting for approval. This time, multiple steps happened simultaneously. My review of the process made me confident that the immunization had been produced methodically and that it was safe to receive it.”

The Moderna vaccine uses a new technique known as messenger RNA or mRNA that many view is producing a better vaccine than ever before that persuade our cells to produce immunity.

“They do not inject the COVID virus,” he said. “mRNA is not the same as our DNA, and cannot create permanent changes in our genetic makeup.”

Each vaccine is about 95% effective in preventing symptomatic illness, with few side effects.

Schouten, who has practiced medicine in Payson for 22 years, said he has never seen a vaccine that was so state-of-the-art, so selective and so effective.

Schouten said while he did not experience any ill effects from the shot, any would have been “significantly less than the symptoms I would have if I became ill with COVID-19.”

Staub agreed, saying the mild cold-like symptoms he experienced after the shot were nothing compared to symptoms friends and family members have experienced who got COVID.

At the Payson Fire Department, Staub estimates a third of the 31 staff members have tested positive for COVID.

Staub said they have rigid safety procedures in place at the firehouses, but those don’t apply outside work. And while the virus continues to race through the community, Staub said they are seeing more and more people get sick.

After an initial survey of firefighters’ interest in getting the vaccine showed many were on the fence about it, Staub said he knew he needed to show staff it was safe.

“We were hearing from firefighters that there were some reservations,” he said. “Just a lot of people are speculating and we are just trying to tell our experience.”

Since Thursday, Staub said it appears more firefighters will get the vaccine in the coming weeks, but he is still not sure how many.

The PFD has no plans to mandate firefighters take the vaccine.

Schouten said if he could, he would have gotten his family vaccinated Saturday as well.

“Appropriately, it will be given to those most vulnerable first, and then eventually to all who will take it,” he said. “I hope that everyone will eventually receive it.”

Schouten said the vaccines represent the best option to end the pandemic that doesn’t result in many thousands more dying.

“The option that allows us to eventually return to life with in-person school, graduation ceremonies, movies, and dining in restaurants. To return to local and foreign travel. To being able to visit family in hospitals, nursing homes, and assisted living. To being able to stop wearing masks,” he said.

Staub said as COVID has been the focus for the past year, many other issues have been ignored, including a rising suicide rate and mental health issues. He hopes once the virus is under control, they can begin to address these issues.

“Based upon my experience, I would recommend everyone get it,” he said.

Schouten said he will continue to wear a mask and physically distance from others for now.

“I view these new vaccines as a truly modern medical miracle. A pandemic that could have lasted for years and killed as many people as the bubonic plague (black death) can be ended much more quickly. I was happy to receive it, and I am confident that it is both safe to receive and effective.”