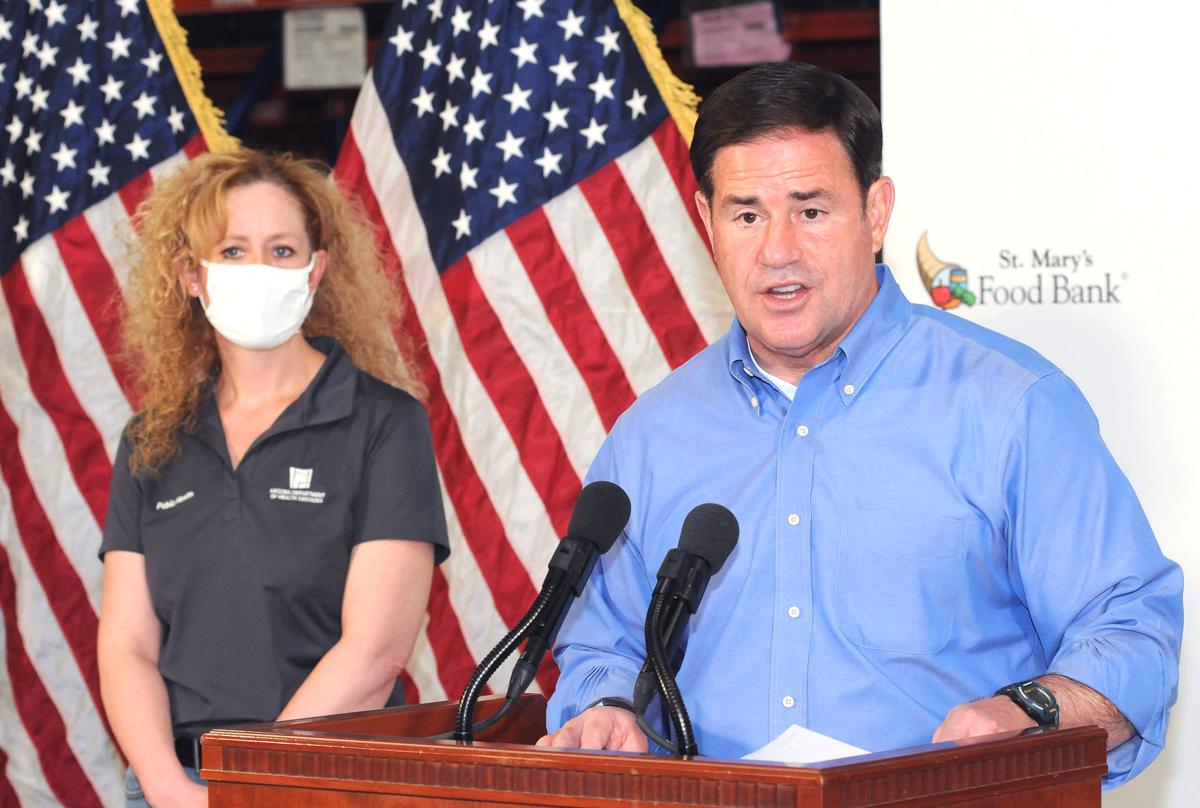 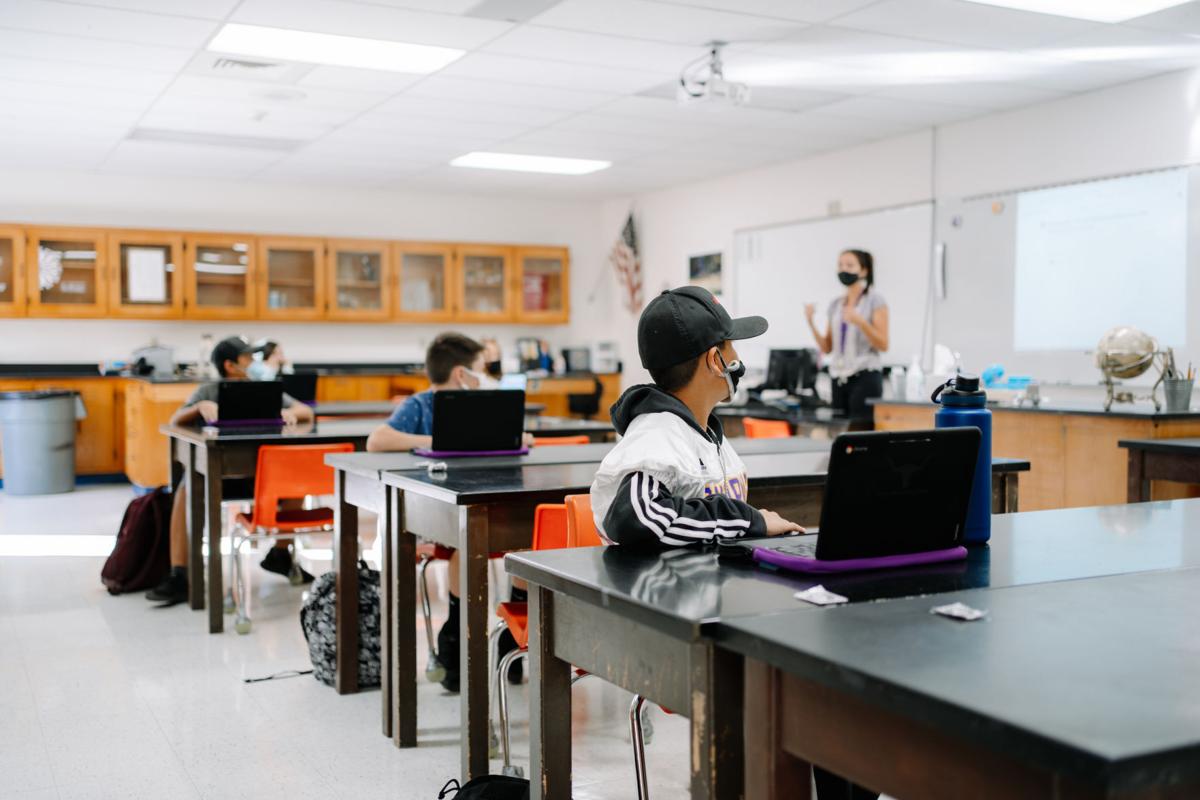 However, the executive order exempts middle schools and high schools in counties with high transmission rates in the community – which at this point includes most counties in the state.

“More than half of Arizona’s schools are open and offering in-person options. More schools need to follow their lead and pave the way for equitable education options for every student,” said Ducey.

The order won’t have a big impact on Northern Gila County, where the school districts all resumed in-person classes several weeks ago, thanks to a vaccination program that had covered all the school staff.

Parents could still opt for their child to remain in a distance learning program.

The order represents a shift from Ducey’s previous stress on leaving the decision up to local school boards, based on local conditions.

Arizona Superintendent of Public Instruction Kathy Hoffman said the deadline doesn’t give schools enough time to carefully prepare for a return to in person classes, especially given the reality that despite a decline in new cases most counties in the state remain in the “red zone” for community spread.

The order comes as a growing number of states have lifted restrictions on businesses and schools as a result of the pandemic.

However, health officials have pleaded with the public to continue to wear masks and avoid mass gatherings and “super spreader” situations like crowded, indoor restaurants. Some 25% of Arizona’s population has gotten at least one shot and perhaps another 15% have recovered from the disease. This suggests some 40% have at least partial protection. However, epidemiologists say the pandemic won’t fade away until 70 to 90% of people have protection.

President Joe Biden has announced the US will have enough doses of the three approved vaccines to inoculate every adult in the country by the end of May – which is about when the current school year ends.

On the other hand, the federal Centers for Disease Control has said that schools that enforce a mask mandate, avoid mass gatherings and pay attention to community spread can safely reopen schools – especially elementary schools.

The stress on resuming in-person classes comes in the wake of growing evidence that students have lost months of learning in the shift back and forth from distance learning to in-person classes in the past year. In many districts, perhaps a third of students don’t consistently show up for distance learning sessions and scores have dropped significantly. In Arizona, public school enrollment has dropped by about 6%, creating major budget woes for many districts.

Payson, Pine and Tonto Basin schools have already returned to in-person classes. The shift to in-person classes got a big boost in December and January when an estimated 75% of school staff received the Moderna vaccine, which confers 95% protection against serious illness and hospitalization from COVID. Once teachers got vaccinated, they no longer had to quarantine every time they had close contact with an infected student. Prior to getting teachers vaccinated, Payson had to at different times shut down both the middle school and the high school for lack of adequate substitutes to cover the quarantined teachers.

However, many counties have not yet fully vaccinated teaching staffs – complicating the effort to reopen schools for inperson classes.

Joe Thomas, president of the Arizona Education Association, said, “"For a year, we've had a governor that has told the districts, 'Figure this out,' and stayed out of it, even when districts were looking for some statewide leadership. ... Now, the governor comes out and says, 'Here's this new mandate and we're all gonna be there in a few weeks.' I just, I don't understand it," according to an article in the Arizona Republic.

Gila County remains at high risk of infection, despite a big decline in infection rates in the past two weeks. The state’s school reopening benchmarks list Gila County as at “substantial” risk on two measurements and “moderate risk” in the third. Originally, the state recommended schools rely on distance learning schedules or perhaps a hybrid mix of in-person and distance learning unless all three benchmarks dropped into the “low” category. Later, the state said school boards could resume classes so long as one of the three measurements went into the “low category.” However, those guidelines remained purely advisory, leaving school boards to wrestle with the decision.

In Apache County, two of the measurements remain in the “substantial risk” category and one in the “low risk” range – also the percentage of positive tests.

President Joe Biden had urged all schools nationwide to return to in-person classes within 100 days after he first took office. However, the stubborn spread of the virus, the slow rollout of the vaccination programs, resistance by teachers unions and the worrisome spread of new, faster spreading, potentially more dangerous strains of the virus prompted the White House to instead call for the rapid opening of elementary schools, but less emphasis on quickly opening middle schools and high schools. Teenagers not only catch and spread the disease more readily than younger children, but also mingle with six times as many faculty and staff every day as elementary school students.

Those recommendations align roughly with Gov. Ducey’s executive order, which includes the exception of high school and middle school campuses in areas with high rates of community spread.