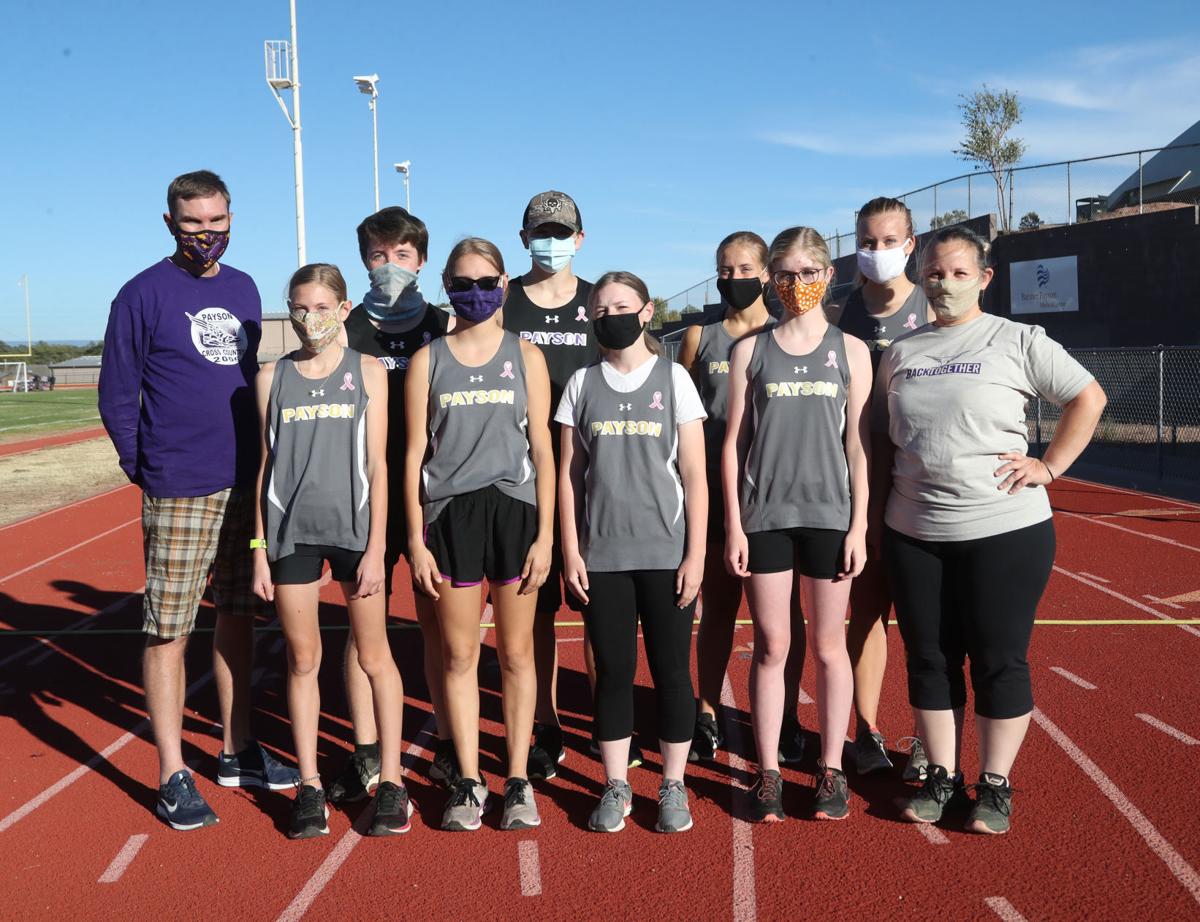 The Longhorns see the finish line.

It wasn’t clear that this race that is the high school cross country season would even start or that they’d complete it when it finally did.

But they’ve cleared all the COVID-19 hurdles set up by the Arizona Interscholastic Association and town/city officials at all events and Payson’s cross country team looks poised to complete the strangest of seasons.

The Div. 3 East Section Meet is at 8 a.m. on Wednesday at Cross Roads Park in Gilbert. The top 33% of finishing teams qualify for the Div. 3 State Championship on Nov. 12 at the same location. The top seven individual finishers from non-qualifying teams also qualify.

Running on the boys team are juniors Matthew Kester and Christopher Menghini and freshman Haden Davis.

Head coach Jonathan Ball is happy the student-athletes on the team have gotten the opportunity to compete this season amid a pandemic that ended the track season just as it was starting in the spring.

“Eighty percent of our cross country team lost the track season,” Ball said. “That gave us perspective on just how easy it is to take away an entire season of athletics.”

So, they’ve dealt with the changes that have allowed them to have a season including health screenings with temperature checks at practice, mask requirements before and after running, distance requirements during team runs, no spectators at events and no team canopies even in the extreme Valley heat to cut down on athletes gathering in close proximity. Coaches must always wear a mask when near student-athletes.

And athletes now wait on buses at meets until their specific race heat is about to start then get back on the bus shortly after the race ends. Runners usually don’t know the times of their opponents since most races feature several heats.

It has been challenging finding race venues but teams have shown they’ll do whatever is required for races to be held and that willingness to cooperate has made the season possible.

Several schools canceled fall sports, including the Navajo Nation schools, meaning some of the best teams in the state aren’t competing this season.

The lack of fans may be the most difficult aspect of the season, although they will be permitted at the state meet.

“This has all been really hard, but I keep thinking that it sure beats the alternative,” Ball said. “We have a season, and athletes in New Mexico and on the reservation don’t. I feel it is really important to not take anything for granted and follow the rules because it doesn’t take much to get things taken away. Look at Fountain Hills.”

Fountain Hills last week announced it was closing in-class learning and all athletic activities for at least two weeks after a student tested positive for COVID-19.

“We talk about this all the time in my program — be careful who you come in close contact with and mask up because you never know if a contract tracer is going to call and say that you have been exposed,” Ball said. “If you social distance and are masked up, you may have the protection you need to continue the season. Our athletes have been very resilient with this concept. They seem to not be taking anything for granted and now it looks like competing in a state meet during a pandemic could become a reality for some of our athletes.”