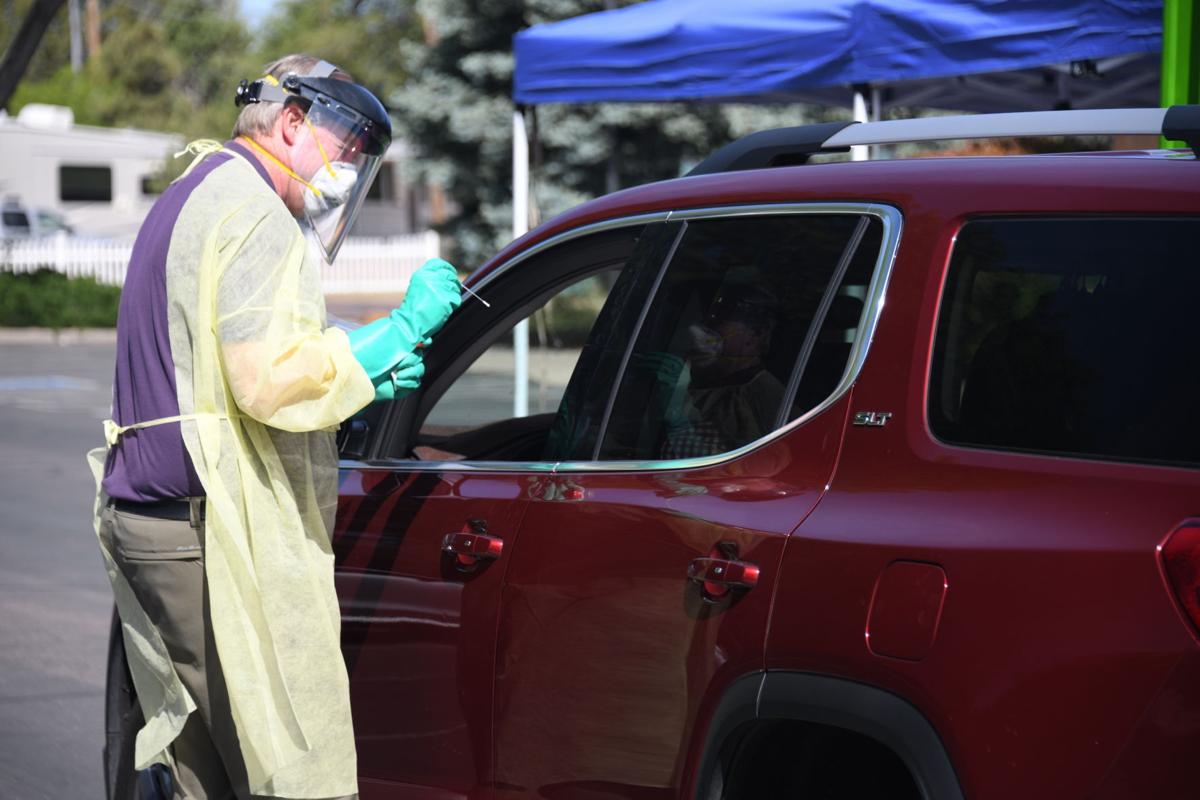 Dr. Alan Michels administers a COVID-19 test on one of the many residents who took the MHA Foundation up on its offer of providing either an active infection or antibody test for the virus. His office continues to provide drive up testing services. However, statewide it often takes a week or two for labs to return test results, making it far more difficult to contain the spread of the virus. 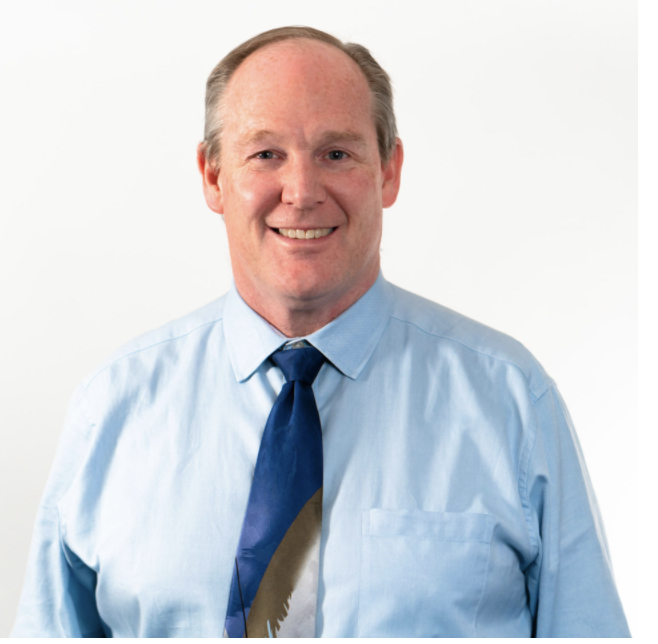 Dr. Alan Michels has drive up COVID-19 testing available for any resident regardless of insurance coverage. Call his office for more information: 928-468-8603

When Lori Kisylia and her family developed symptoms of COVID-19 she wanted to get a test to make sure.

That quest turned into a bureaucratic nightmare that threw into stark reality the chaotic, confusing, ineffective testing system pieced together four months into the pandemic in a state with one of the more frightening spikes in new infections. Confusion, lengthy delays, lack of effective contact tracing, uncertainty even among doctors has frustrated efforts to stop the spread of the virus. Even those who battle through the confusion and get a test wait a week or two for the results, potentially spreading the virus while waiting.

Or they’re like Kisylia: They give up and hope for the best.

“When we called the hospital, they advised us to be tested at our primary care doctor and the test is done by swabbing or blood,” she said.

That advice apparently confused the swab test for an active infection with a blood test for a past infection. She needed a swab test.

So, she made an appointment with her primary care doctor.

But things only got more confusing.

“I left the doctor’s after being persuaded I did not have the virus and was not tested,” she said.

The nurse told her, “they do not test.”

Her doctor said she didn’t need a test and if she wanted one, she’d have to go elsewhere.

Then came the kicker: “Better yet, he advised me not to be tested because I will then be quarantined for 14 days,” said Kisylia.

Now she’s frustrated and uncertain. “They turned me away offering zero concern or resources. How many others experienced the same?” she asked the Roundup.

Other readers have also called in confusion. One reader reported that the town’s sports league called an abrupt halt to the soccer season after a coach tested positive. However, parents of children in the league could not find out which team was affected and whether their children or other parents and volunteers might have been exposed — instead they had to wait for a call from the health department.

The Roundup’s attempt to answer these questions led to a maze of phone calls, bad information and inconsistent advice.

As of Thursday morning, Gila County had 385 cases and 11 deaths, but the number of cases has exploded in recent weeks. The county had just 21 confirmed cases on May 15 when the state’s stay-at-home order expired. It took three months to accumulate those 21 cases. Now, the county has 385, with nearly 20 new cases on many days, according to the state department of health services website.

However, while the number of daily tests given statewide has doubled since the state ended its stay-at-home order, testing in Gila County has declined since hitting a peak of 323 on May 26. On July 1, the state reported the results of just 87 tests in Gila County, according to the state department of health services website.

Nearly a quarter of the tests reported in Gila County resulted from a month-long testing blitz funded by the MHA Foundation. Since then, testing has lapsed, and the system has fragmented, according to the Roundup’s investigation.

So where can a Rim Country resident go to get a test?

Does a patient need to quarantine while waiting for a test?

When should you get tested?

Rim Country residents have limited options for tests — and most times they must have symptoms like a cough or fever to get a test at all. The reality belies President Trump’s assertion months ago that “anyone that wants a test can get a test.”

The Banner Payson emergency room and Banner Urgent Care will administer nose swab tests for the active virus, without a doctor’s prescription. However, patients must show symptoms. Even then, be prepared to pay cash if you don’t have proof of insurance.

Sonora Quest Laboratories will administer a blood serum antibody test without a doctor’s order. Appointments must be made online. But the antibody test only tells a patient if they had the virus weeks earlier, not whether they have an active infection they can spread to others.

Sonora Quest will process a nasal swab test, but only if a doctor administered the test and sends an order for processing.

Most general practitioners in town who administer the test use Sonora Quest for results.

At one point, Gila County put out a list of places to get a test that included many doctors and labs that said they weren’t doing tests. When contacted by the Roundup, the county said the list had errors and withdrew it.

Dr. Alan Michels is the only Payson physician who will test pretty much anyone — with or without symptoms and with or without insurance. He doesn’t limit tests to just his established patients, either.

“But that only applies while they relaxed the rules,” said Michels.

Early in the pandemic, the state didn’t have enough test kits to allow people without symptoms to get tested. As the supply of test kits rose, the state relaxed that requirement. But many states have re-imposed restrictions as cases spiked after reopening.

Usually, physicians may only treat patients if they are patients of record. Because of the public health crisis, however, doctors working with COVID-19 can accept any patient.

The lack of tests and clear information about exposure caused a stir among parents of the Town of Payson’s Youth Soccer League.

On July 2, parents received a message from Justin Hewitt of the Parks, Recreation and Tourism Department, that the soccer league “activities have been postponed until further notice,” because “One of our volunteers tested positive for COVID-19.” Hewitt assured parents, “we have been in contact with Gila County Health and (are) allowing them to work through their process on this case.”

Stella Gore works for Gila County Health and Emergency Management. She confirmed if any of the soccer parents spent 10 minutes or more with the infected person, without a mask, closer than six feet in an enclosed space, they would get a call.

“Of course, we have to trust that they tell the truth,” she said.

“You’d be surprised at the resistance,” she said.

The resistance might be because of the potential quarantine requirement. Once a person is suspected of exposure, the county requires a 14-day quarantine to make sure no symptoms develop. That mostly involves staying home and away from work and public places. Most people who quarantine still have contact with family members — which explains why a large percentage of COVID-19 cases show up in family clusters.

However, the agonizing wait for test results can thwart the effort to avoid spreading the virus.

Michels said it can take from nine to 14 days to receive results from swab tests. The time for results has increased in recent weeks.

So during the wait for results, a person without symptoms can easily spread the virus unknowingly. Research suggests that perhaps 40% of people infected with the virus never develop symptoms. Those who develop symptoms may be most infectious in the days before symptoms emerge.

So by the time the test results come back, an infected person could have passed the virus on to many others without even knowing they’re infected.

Michels hopes to at least cut the wait time soon. “I’m hoping to work with a lab that can give me results in 72 hours,” he said.

Michels has a procedure that minimizes exposure in getting tested.

When a patient arrives for a test, they stay in their car and text staffers in Dr. Michels’ office. A test administrator will come out with a form asking questions specific to COVID-19, such as do you have lung, kidney, heart disease or diabetes?

For people without insurance Michels said, “We run it through United Healthcare who has a contract with the government to cover that situation. We also have community organizations that have volunteered to help with costs.

“By and large we have gotten paid by United Healthcare for people with no insurance. There are a couple of companies with insurance that doesn’t allow that and we have worked something out with the community organizations and we are getting paid,” said Michels.

“We are trying to find ways to get them covered,” he said because of the public health crisis.

A quick swab up the nose and the patient leaves, only to begin the long wait for results.

Meanwhile, Dr. Michels is watching the numbers of hospitalizations and positive cases rise.

He realizes this will not go away soon.

He has plans to increase his testing capacity as well.

With support from the health department, Michels believes he can “do 100 people a weekend.”

But he’d need more labor — and that is in short supply.

“Just gloves and gowns,” he said.

In the meantime, he agrees the public’s getting confusing, fragmented, conflicting advice.

“The potential for bad messaging is just huge,” he said. “The whole thing about this (virus is that) it is novel. If we can embrace that idea, as best we know we understand how to prevent viral spread,” he said, “I want the messaging to be simple, wash your hands, wear a mask, physically distance.”

And come get tested if you’re worried about whether you might be endangering your loved ones.