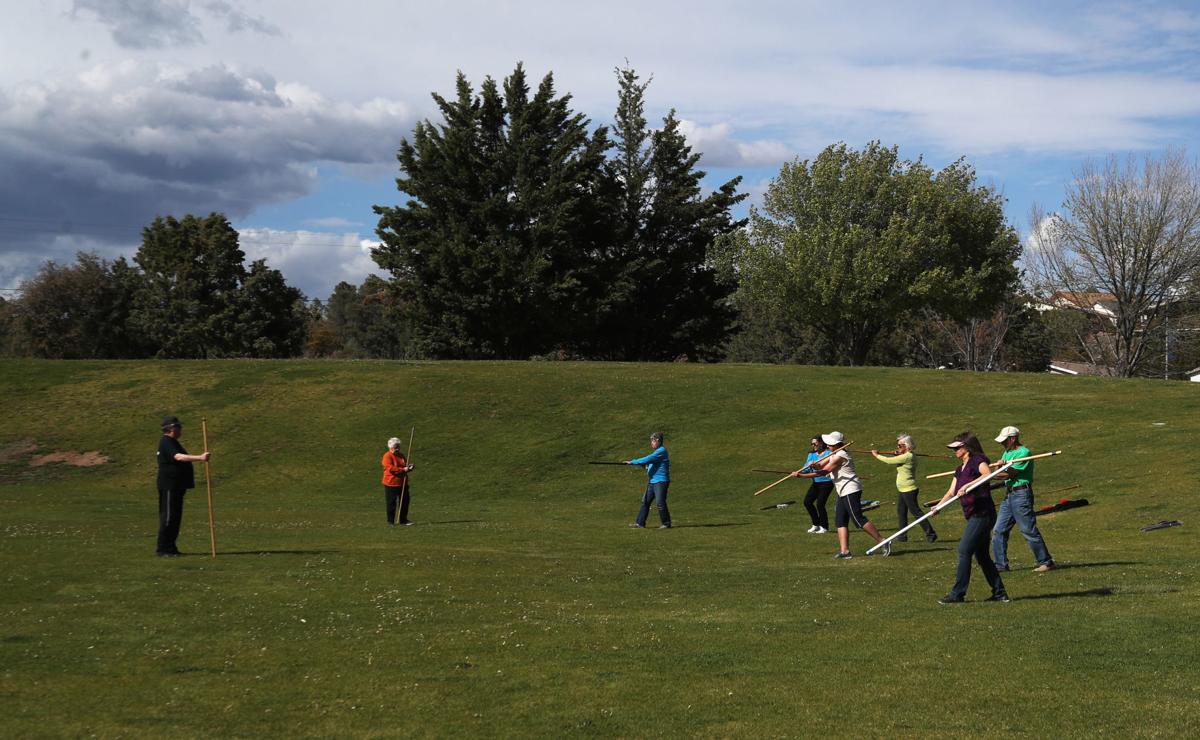 Above: Tom Quirk leads a tai chi class at Green Valley Park every Tuesday and Thursday. 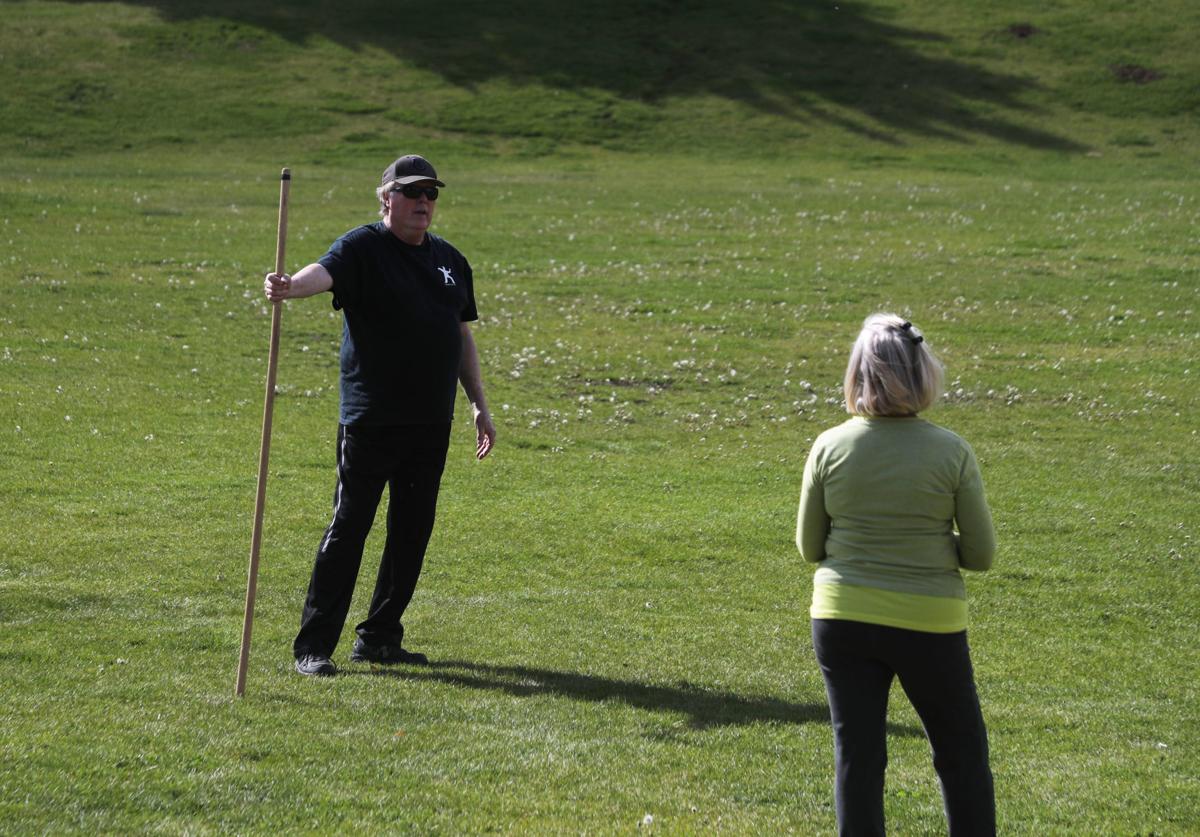 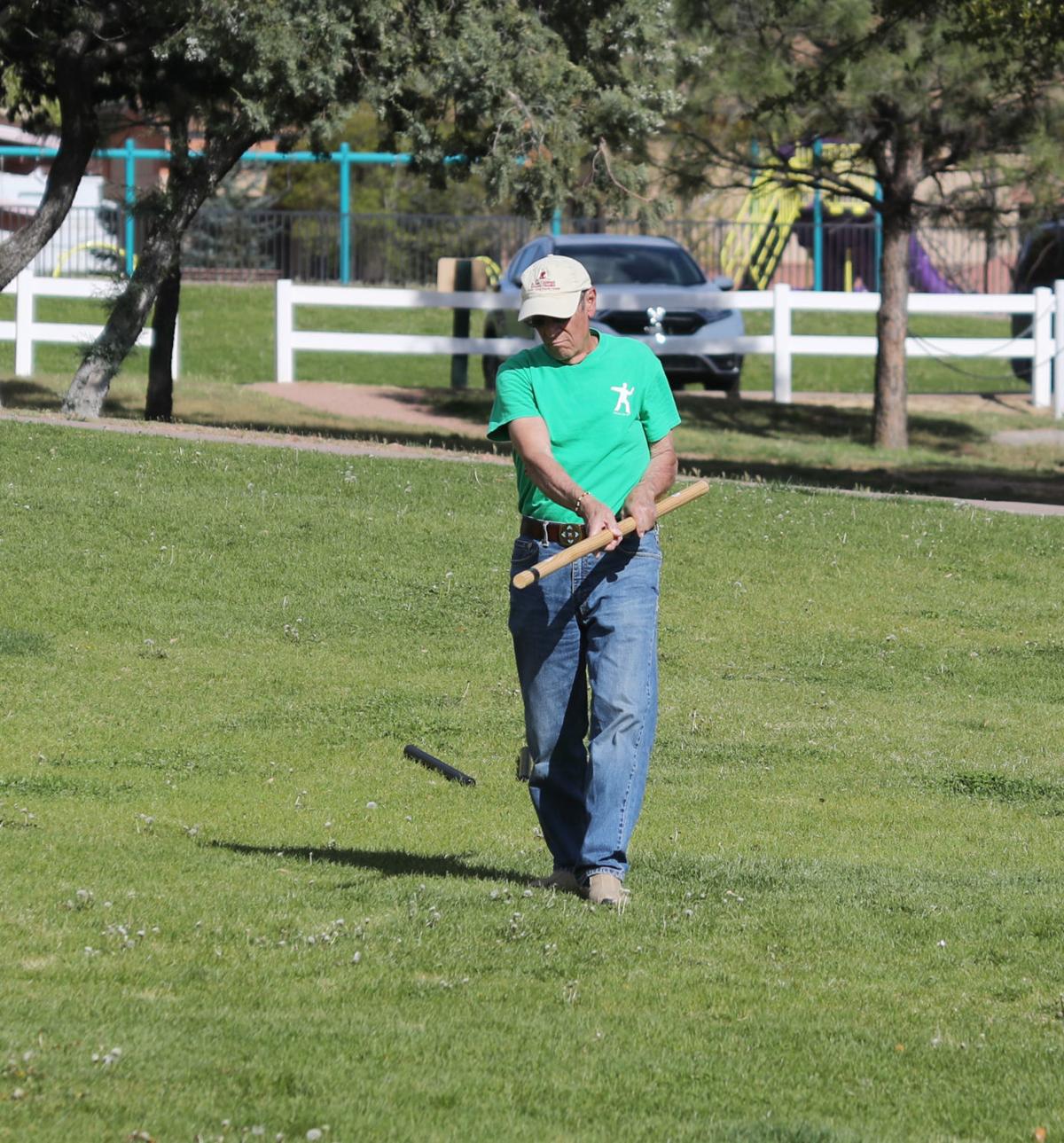 A student works with a staff during tai chi class. 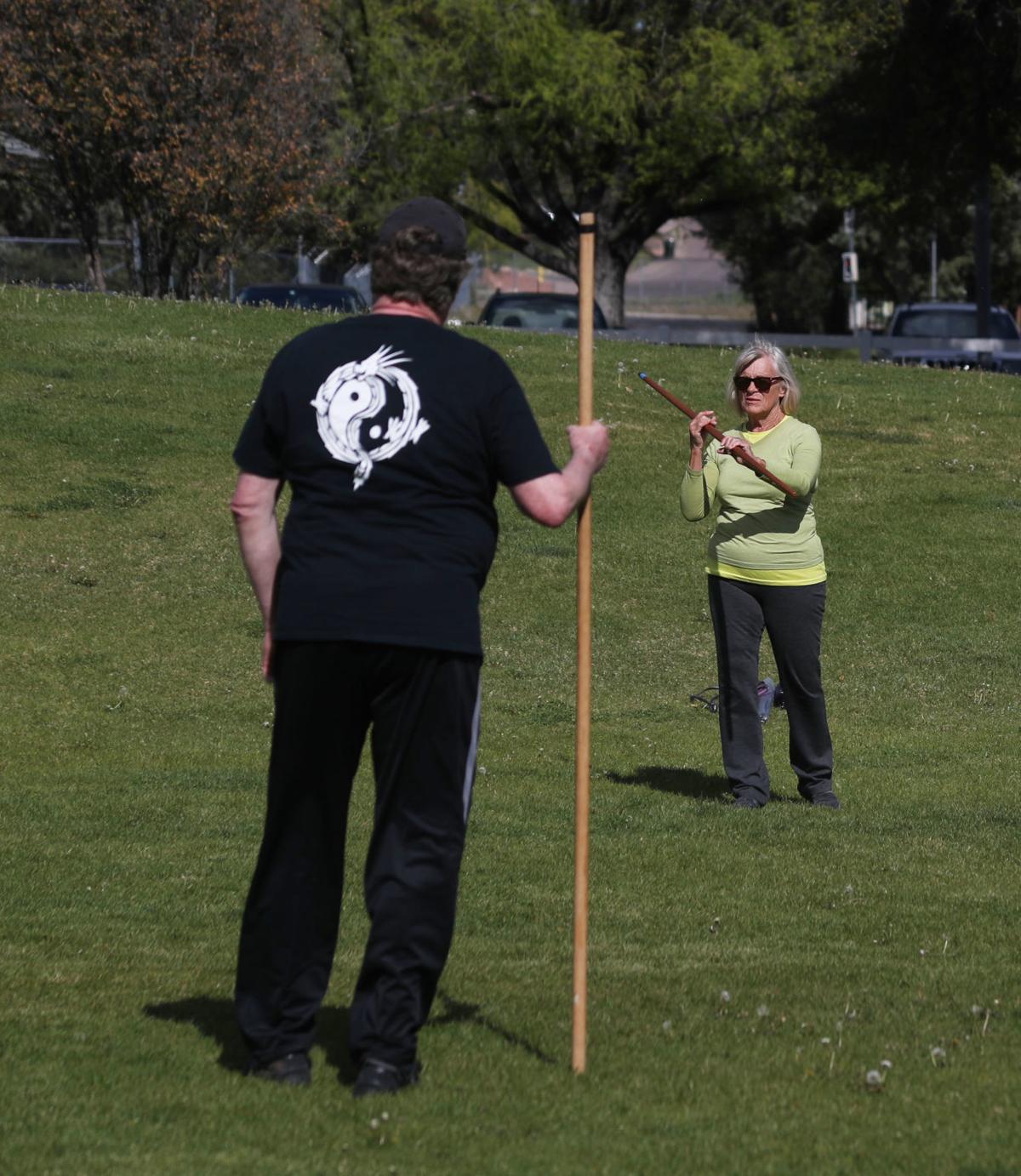 Above: Tom Quirk leads a tai chi class at Green Valley Park every Tuesday and Thursday.

A student works with a staff during tai chi class.

“We have people looking at us all the time.”

Tom Quirk laughed when he talked about how he and his students draw lots of gazes.

Yes, this group stands out as they maneuver with their long poles at Green Valley Park.

Quirk leads a senior citizen-dominated group, taking advantage of his knowledge of the practice in a tai chi and weapons in the park twice a week.

The Tuesday and Thursday afternoon class started in late March at Club USA, but Quirk began teaching students outdoors when all gyms in the state were ordered closed because of the COVID-19 pandemic. The six-foot social distancing recommendation isn’t a problem for students because they need at least that much room to maneuver the staffs. It’s difficult to hold the classes indoors, anyway.

“You need too much room,” he said. “So, when they had the shutdown, I said, OK, let’s start doing it out in the park.”

Spring is the perfect time to be outside.

“This is so nice,” said one student at the end of an hour-long session on a picture perfect day.

“I love doing this outside,” said another as she put her pole away.

Quirk doesn’t charge for the classes, which are limited to him and nine students because of state regulations limiting gatherings to no more than 10 people.

“Just donations,” Quirk said of the cost. “Whatever they want.”

Quirk teaches three martial arts classes at Eastern Arizona College-Payson. All classes there are online only for now because of COVID-19.

The college courses end on May 4.

“So, sometime after May 4 I’ll open it up to anybody who wants to come (here),” Quirk said. “We’ll try and keep them spaced out. I’m hoping they lighten up on the numbers if we get a good-sized group.”

Like the one he held at Banner High Country Seniors, where he had 26 participants at one point.

“We’re locked out of there, too,” he said, referring to the COVID-19 restrictions.

So, it’s out to Green Valley Park they go twice a week.

He said more and more people are discovering the benefits of tai chi.