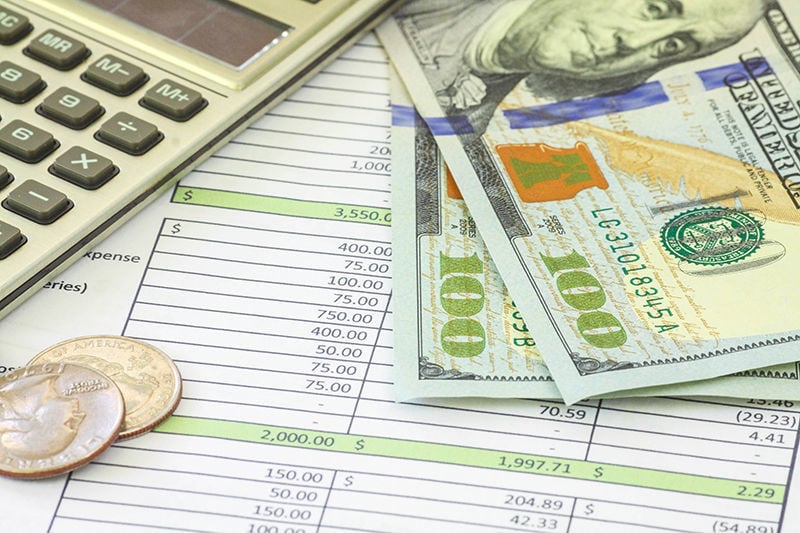 The Town of Payson prepares for the worst, but hopes for the best with the upcoming budget season.

Soaring statewide unemployment and crashing retail sales have prompted the Town of Payson to prepare for a budget crisis with a hiring freeze and postponement of a slew of capital projects.

The town’s financial manager predicted a worst-case scenario of $3 million deficit in the town’s $19 million general fund budget without quick action. The town has about two months to brace for impact in the current budget. That’s on top of coming up with a budget plan for fiscal 2020-21 in that same two months.

On March 24, the council had just adopted an ambitious capital improvement plan, intended to catch up on projects deferred for years. The town budget was flush with $3 million in additional revenues from an increase in the town sales tax.

Schools closed through the end of May.

The governor ordered everyone to stay home.

Sales tax revenues plummeted, especially in the hotel and entertainment industries — both crucial in Rim Country with the start of the normally busy travel season stalled.

Estimates suggest the state’s unemployment rate has risen from about 3.5% to perhaps 14% in the past month.

Most businesses have shut down and a $350 billion federal grant and loan package intended to keep them afloat has already run out of money.

So on April 9, the council voted to “freeze any uncommitted/nonessential expenditures for all town departments through June 30, 2020, which is the end of the current fiscal year.”

“By delaying these projects and freezing spending/hiring, we hope to offset any reduction of sales tax revenue we might experience,” said Deborah Barber, the town’s chief financial officer.

The move could keep the lights on and staff employed, but what happens going forward?

Will building permits pick up?

Will help from the state or federal governments arrive?

The unknowns add up to a wrenching challenge for the town’s chief financial officer.

That amounts to a 15% shortfall in the $19 million general fund budget, which covers most town operations except for the water department.

It means a lot has to change.

Already, the council put all its optional capital improvements on hold, including the splash pad, the Rumsey Park restrooms, street projects, maintenance items and directional signage to help people find things in town.

As of press time, the town had not released the estimated savings from that decision.

It’s also unclear how much money the town might receive from various federal relief packages. Most of the bailout money in the first federal stimulus package is earmarked for larger cities. However, the town may get more money than expected from agencies like the federal aviation administration for ongoing projects — like upgrades to the Payson airport.

But so far, state and federal help remains another big unknown.

The town council also imposed a hiring freeze, which will affect only a handful of positions at the moment, including police, fire, dispatch and community development.

The town will continue recruiting for a new, permanent town manager, but the position wouldn’t hit the budget until the upcoming fiscal year.

However, Barber hopes clamping down on all discretionary spending plus the hiring freeze will balance the budget, despite the expected drop in sales taxes.

“The town is not currently in a financial deficit and we would take other measures necessary to make sure that doesn’t happen,” she said.

In fact, the Arizona Legislature requires the town to balance its budget.

“While council did approve the list of capital priorities as part of our capital improvement plan, it is premature to assume the capital projects list from the CIP meeting will be included in the (upcoming) budget,” said Barber.

Staff has helped Barber with suggestions on which projects to delay for a year or even several years.

“We are working on the budget now and will be presenting a preliminary budget to council on May 5, including as many capital projects as we can fit in,” she said.

"By delaying these projects and freezing spending/hiring, we hope to offset any reduction of sales tax revenue we might experience." Deborah Barber

"The town is not currently in a financial deficit and we would take other measures necessary to make sure that doesn’t happen." Deborah Barber

Perhaps now would be the time to release 'consultants' who already receive town pension checks, and additional funds from the town. Stop bringing back people who have retired, just to earn another paycheck. Time to stop paying employees to fill multiple openings. This practice has to stop!