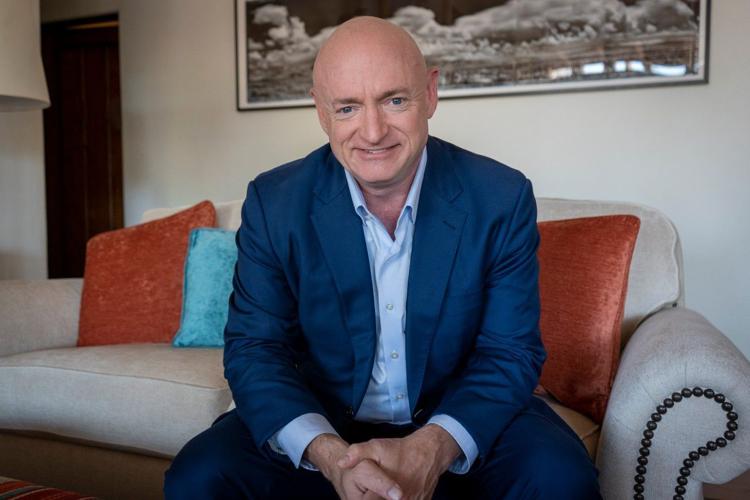 Democratic Sen. Mark Kelly was declared the winner of a hard-fought contest. Kelly had a 123,916-vote lead with 350,000 ballots left to count. 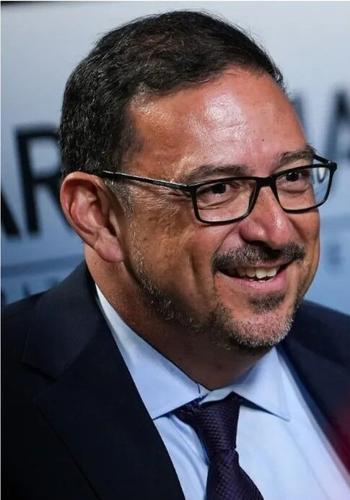 Democratic Sen. Mark Kelly was declared the winner of a hard-fought contest. Kelly had a 123,916-vote lead with 350,000 ballots left to count.

It was those day-of ballots that Masters, along with gubernatorial hopeful Kari Lake, had argued would swing so heavily in favor of GOP contenders to erase the leads that the Democrats had held pretty much since the first results were announced Tuesday evening.

That didn't happen. And at this point Masters, a political novice who was backed by Donald Trump, would have to pick up two thirds of those remaining uncounted votes to take the lead -- the so-called red wave -- something the latest figures show is unlikely to happen.

Lake also found herself drifting farther behind Democrat Katie Hobbs who, like Kelly, picked up more of those newly announced votes than her Republican foe.

It wasn't all bad news for GOP contenders.

Yavapai County added another 10,087 votes on Friday, with the margins there going 3-1 for Republicans. But that was offset by Pima County's 24,637 new votes breaking 2-1 for Democrats.

It would appear, however, the race for secretary of state, like that for the Senate, is over.

Democrat Adrian Fontes managed to add nearly 41,000 new votes from Maricopa County in his bid to be the state's chief elections officer against fewer than 32,000 for Republican Mark Finchem. Fontes, who had been Maricopa County recorder until being defeated in 2020, now leads the race by more than 118,000 votes, 52.8% of the total -- a bigger margin than even Kelly -- putting Finchem, a state lawmaker from Oro Valley who attended the Jan. 6 rally ahead of the riot and who said the 2020 election was stolen from Donald Trump, in the likely nearly impossible position of having to pick up more than two thirds of all remaining votes.

Too close to call is the race for attorney general even as Democrat Kris Mayes picked up more votes from Maricopa County on Friday than Republican Abe Hamadeh. Mayes now has 50.4% of the vote, with a 19,151-vote lead.

The same is true in the bid by Democrat Kathy Hoffman to get a new term as state schools chief. Even with a boost on Friday, she has only50.2% of the vote against Republican Tom Horne, leading by 6,665.

Of the approximately 370,000 votes yet to be counted, more than 265,000 of them are from Maricopa County. And the lion's share of those are those early ballots dropped off on Election Day -- the ballots that Republicans have been insisting are bound to go their way.

All this comes as the Arizona Republican Party and the Republican National Committee complained Friday that ballots aren't being processed fast enough.

Bill Gates, who chairs the Maricopa County Board of Supervisors, said people are working 14 to 18-hour days. But that did not satisfy Kelli Ward, who chairs the state GOP, who wanted round-the-clock counting.

Gates slapped back, calling the complaint a "political stunt.''

He said saying that counting is going no slower than it has since 2006. And Gates rejected the idea of increasing staff.

"Changing processes or adding untrained personnel would only slow the counting at this point, and we will not deny the voters of Maricopa County an accurate tabulation of their votes,'' he said.

The rate of counting has led to conspiracy theories by some GOP candidates and their supporters that there may be some behind-the-scenes manipulation. If nothing else, it has caused Lake to charge that officials in the state's largest county are deliberately delaying the counting of ballots that would favor Republican candidates.

Gates, a Republican, said that isn't true. But he did say there is a way to make counting go faster in the future: Remove some Election Day options for voters, just as Florida has done.

"Florida does not allow for mail-in ballots to be dropped off at voting locations on Election Day,'' Gates said.

Arizona does. And County Recorder Stephen Richer said the practice has exploded.

Pima County reported about 44,000 of those "late early'' ballots this year.

Richer said these ballots have to be reviewed, including matching signatures and verifying that the ballot in the envelope matches the information on the outside. But he said the priority for staffers on Election Day is the process the ballots that actually were voted at the polling places.

So would Richer, also a Republican, recommend that lawmakers scrap those day-of ballots?

"When we're in the process that we currently are, it sure would be nice to have had those a few days earlier,'' he said.

Gates took a more neutral stance, saying his comments about Florida were simply an observation and not an endorsement.

But such a change is not out of the question.

"I believe Florida provides a good model to follow,'' said Warren Petersen. The Gilbert Republican was just selected by his caucus to be Senate president for the coming two years.

"They are much bigger and have results night of,'' he said.

But Gabriella Cazares-Kelly, Richer's Pima County counterpart, is not interested in such a move.

"I think that the system is working,'' she said. And Cazares-Kelly, who is a Democrat, said any change would not only confuse voters but leave them with fewer options.

She acknowledged that has been an increase in these Election Day dropoffs. But Cazares-Kelly said the blame lies with the politicians who fueled voter distrust.

"There were people who were making active efforts to tell people that the mail can't be trusted, that unless you drop it off in person on Election Day, your vote isn't going to be counted,'' she said. And that, Cazares-Kelly said, was "political discourse that is not focused on the voter.''

Nor does the Pima County recorder think Florida is a good model.

"When I think about Florida's restrictive voting laws, that is not something I want to champion or encourage whatsoever,'' she said.

Aside from that ban on Election Day drop-offs, Cazares-Kelly said Florida has a smaller window for voters to cast those early ballots, whether in person or through the mail. She said that can harm people who, for whatever reason, did not get their ballots sent off in time.

And Cazares-Kelly pointed out that Pima County has no 24-hour drop boxes, making hand delivery the only option for those who do not get their ballots in the mail in time to arrive by 7 p.m. Election Day.

"What are people supposed to do?'' she asked.

It is true that those who drop off their ballots on Election Day will not have them counted until the end. And their votes won't be part of the first tally that is released an hour after the polls close.

But Richer said his office told voters what they needed to do remedy that.

"I noted this every single day of the month of October that if you get your ballot back to us before the weekend it would be part of the 8 p.m. result,'' he said.

Election denying MAGA candidates are too extreme to win the Independent voters. The 'red wave' turned into a HUGE victory for the Brandon presidency.

Check your email for details.

Submitting this form below will send a message to your email with a link to change your password.

An email message containing instructions on how to reset your password has been sent to the e-mail address listed on your account.

Your purchase was successful, and you are now logged in.

A receipt was sent to your email.

This offer is currently unavailable.