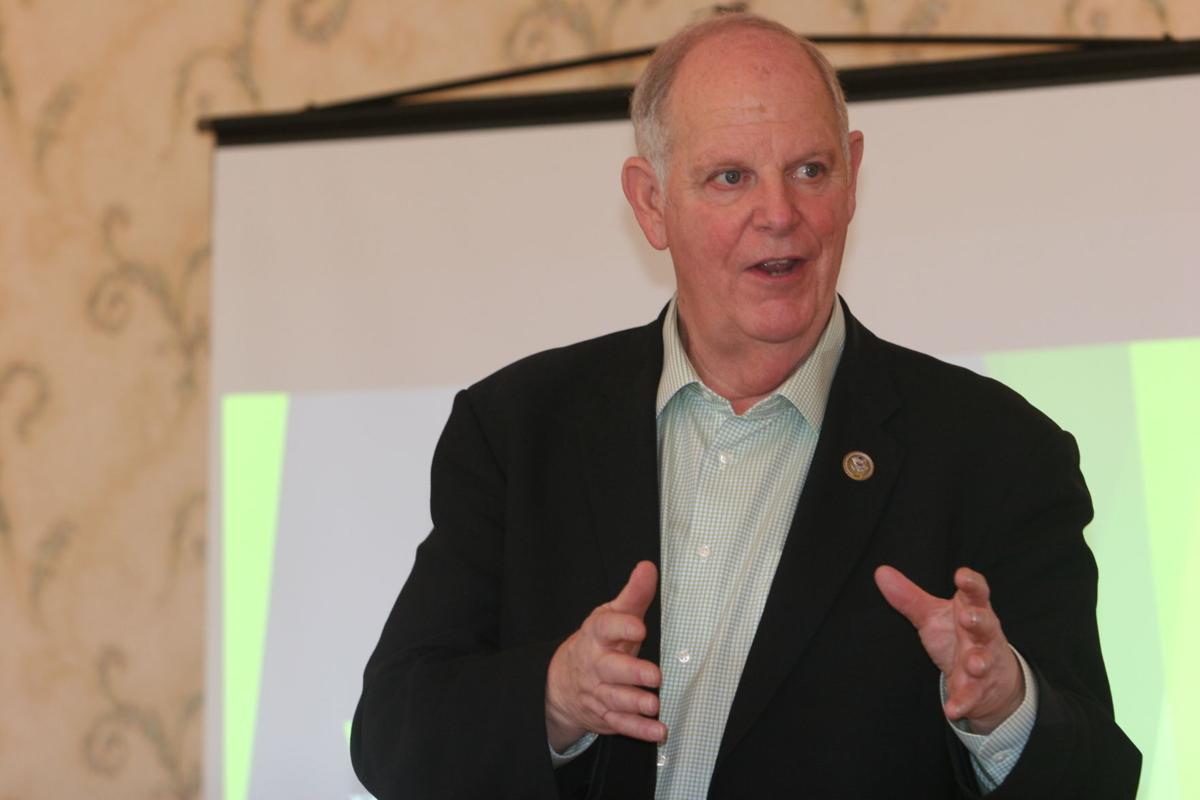 “I was eager to vote in favor of this important package that will provide a lifeline to families coping with the most acute public health crisis of our lifetimes and help to more rapidly get shots into arms.” 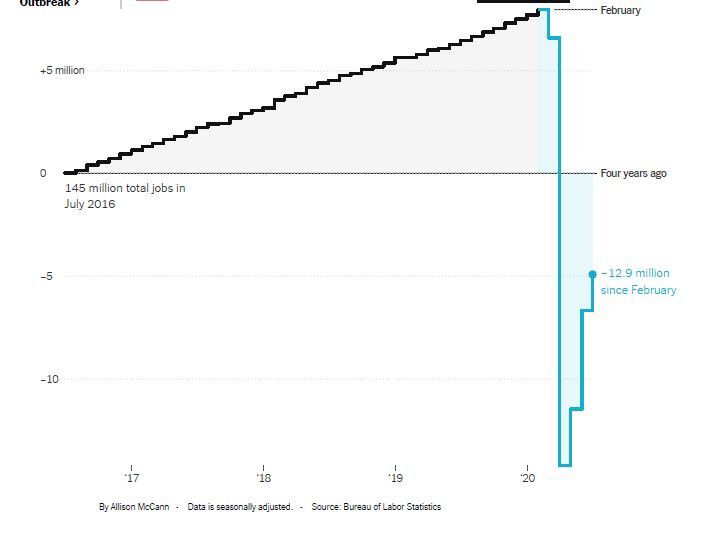 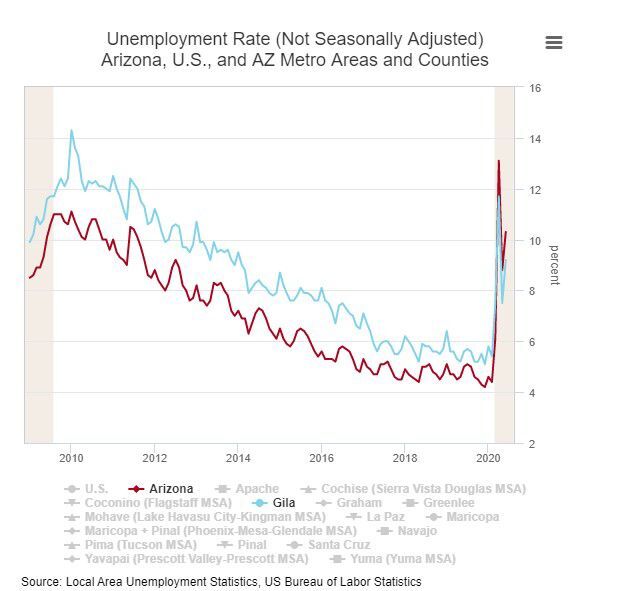 “I was eager to vote in favor of this important package that will provide a lifeline to families coping with the most acute public health crisis of our lifetimes and help to more rapidly get shots into arms.”

Congressman Tom O’Halleran issued a statement saying he’s “outraged” by the Republican Senate’s refusal to respond to House Democrat’s passage of a second, $3.4 trillion COVID-19 stimulus bill that would extend unemployment benefits, provide help for schools and local government, provide a second $1,200 check for every taxpayer and support other programs to cope with the pandemic.

Senate Republicans did not pass a bill of their own before the House and Senate went on recess to hit the campaign trail.

Reportedly, the Senate leadership is circulating a new version of its $1 trillion counter-offer. The Senate version would trim the enhanced maximum unemployment benefit to $200 from the current $600, according to media reports. The proposal earmarks most of the new money for businesses affected by the closures and loss of customers. Reportedly, the new version drops the $1,200 payments to individual taxpayers, with little bailout money for schools or local governments.

O’Halleran in a prepared statement said, “the Senate has now had 78 days to act. Senate leadership has let the clock tick down to the very last minute in the hope of forcing the hand of Congressional leadership on whatever package they put forth, instead of debating and coming to a compromise on the (Democratic passed) Heroes Act. Now families are being kicked off their extended unemployment, are continuing to lose their jobs and health care due to no fault of their own. We need a deal for American families now.”

O’Halleran is facing a strong challenge from Pinal County rancher Tiffany Shedd, who won a hard-fought primary in the District 1 seat, which includes all of southern Gila County.

"Rather than standing with Washington liberals and insisting on making illegal immigrants eligible for $1,200 stimulus payments and cutting taxes for billionaires in California and new York, Tom O'Halleran needs to be doing whatever it takes to help his constituents who are suffering."

On the other hand, Delana DiSanto, a nurse and healthcare consultant running against Rep. Paul Gosar in a congressional district that includes Northern Gila County, mostly supported the House package.

"We are hearing stories of suffering, fear, anger and miscommunications. Then we see both the House and the Senate go to the comfort of their homes for their vacation, while our citizens are figuring out if they are going to have a roof over their head and what they are going to do next and if anyone is listening."

She said she would support reducing the enhanced weekly unemployment benefit to $400 instead of $600. Moreover, she said the next round of payments should target small businesses, instead of large corporations. "When we get through this crisis and we reverse the big tax breaks for the rich, we will be able to rise again above this deficit, have health and economic security. I believe in us - the United States."

She said people from both parties like John McCain, Ted Kennedy, Orrin Hatch and Joe Biden were once able to work together. "I don't understand how that is not happening today. Party is not over country. As leaders, we must find common ground with both sides. We need to know one another as people, not as adversaries. Don't demean them, respect them."

Republican Congressman Paul Gosar as of press time had not returned a request for comment.

Republicans and Democrats in Washington finally started negotiations several weeks ago, but talks broke down with the two sides still far apart. Key disagreements included the extension of the full, enhanced unemployment benefit, which Republicans feared would give people an incentive not to return to work. The enhanced benefit boosted the maximum weekly unemployment benefit in Arizona from about $240 per week to about $840 per week, when meant low-income workers could make more money on unemployment than were working.

President Donald Trump issued a series of executive orders when the House and Senate negotiations broke down. The orders used federal money for disaster relief funding to offer a short-term, $300 per-week extension of the enhanced jobless benefits. He also said businesses for the next several months don’t need to collect the roughly 15% payroll tax for Social Security and Medicare, although businesses and employees will likely still have to pay the amount owed next year, prompting some legal experts to question the legality and impact of the order.

The latest Republican proposal reportedly provides less money and fewer compromises than were included in the measure House Democratic negotiators have already rejected.

The jobless workers in Arizona have already started receiving the $300 weekly unemployment boost authorized by Trump’s executive order. Some 250,000 began receiving the extended, enhanced benefits last week. The money comes from FEMA’s disaster relief funding, normally saved for things like hurricanes and wildfires. The first week’s total came to about $75 million in Arizona.

The unemployment rate in Arizona went from about 3.4% to more than 15% when the shutdowns first hit back in April and May. The rate has since fallen to about 10%, although it's generally higher in rural counties like Apache, Navajo and Gila.

Arizona has one of the least generous unemployment systems in the country, according to the PEW Foundation. The $240 maximum weekly benefit is among the lowest nor does the system doesn’t cover part time or self-employed workers.

Just today the Democrats unanimously voted against a Republican-sponsored bill to provide one trillion (one thousand billion!) dollars in relief. They wanted even more money borrowed from future generations for bailing out poorly managed cities and various pork projects. It would amount to transferring tax payer money from the suburbs and rural areas to urban areas. No thanks.