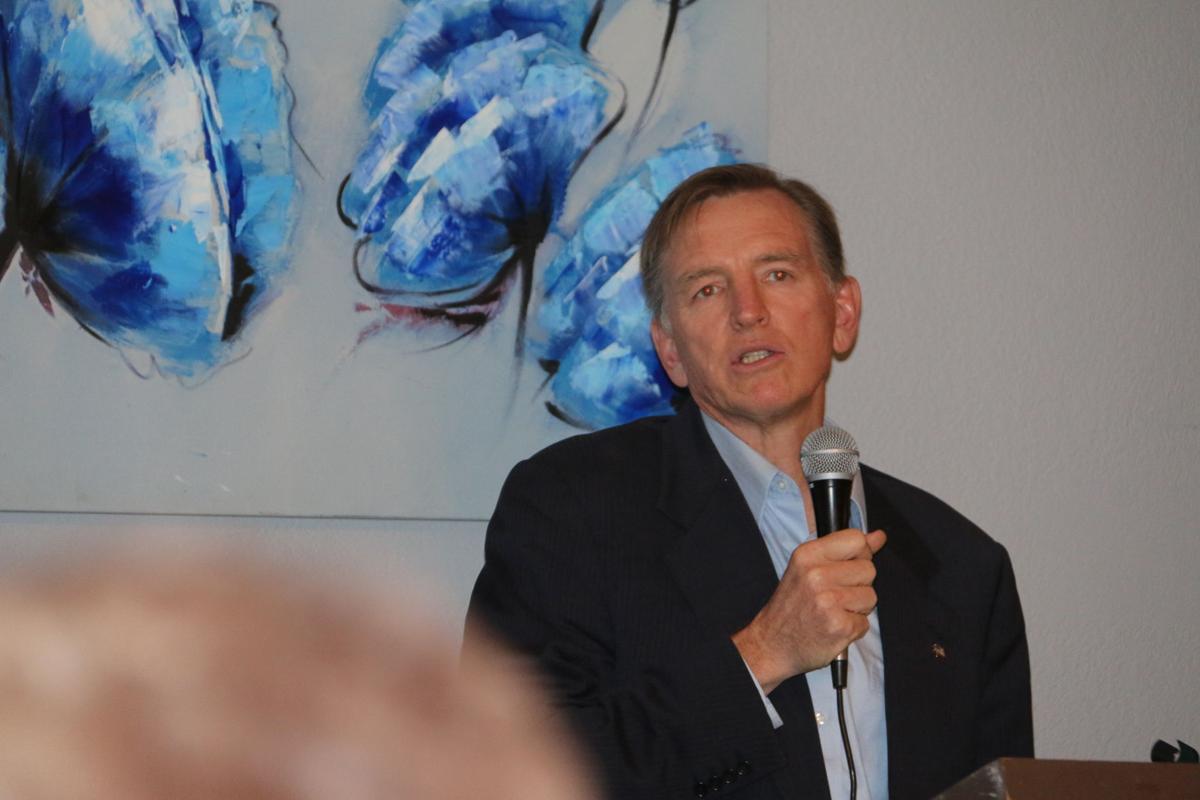 ““There is nationwide distrust in our entire voting system, and for good reason,” said Gosar in a release. “America’s confidence in our elections is eroding with each and every election, in no small part because of the radical actions taken by liberal Democrats and their allies in the Fake News Media and Big Tech to undermine election integrity.” 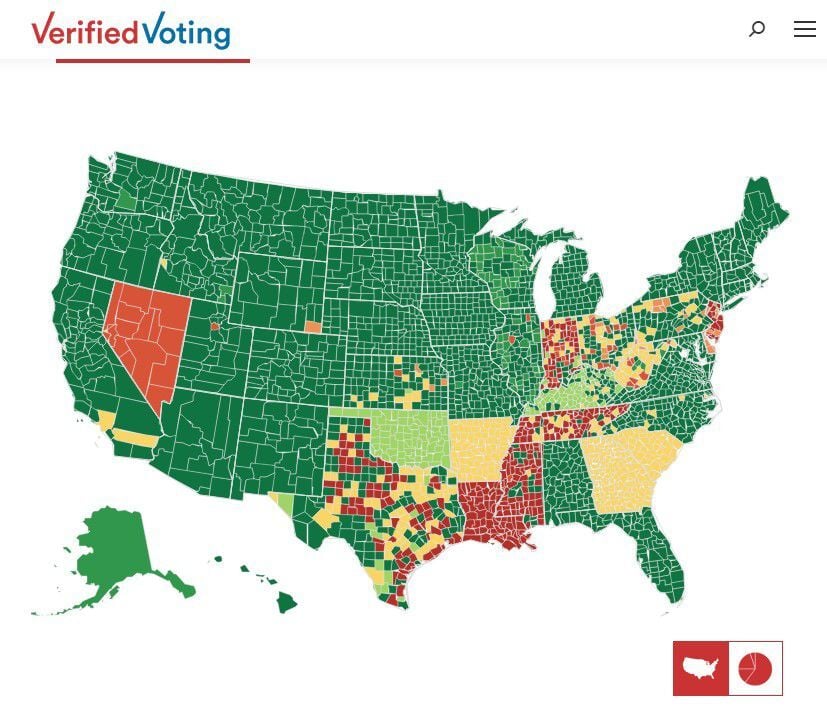 ““There is nationwide distrust in our entire voting system, and for good reason,” said Gosar in a release. “America’s confidence in our elections is eroding with each and every election, in no small part because of the radical actions taken by liberal Democrats and their allies in the Fake News Media and Big Tech to undermine election integrity.”

Rep. Paul Gosar has introduced a bill that would require states to ensure all voting machines leave a paper trail that can be double checked.

Moreover, the bill would nudge states toward using voting machines based on public, open-source technology, in order to make vote tallies more transparent and less reliant on programming privately owned by the companies that make the voting machines.

Some counties nationally are currently using open-source programming for their voting machines, but experts say the technology will need to further develop before it can be applied nationally.

Gosar said the measure will help restore the public’s faith in elections.

“There is nationwide distrust in our entire voting system, and for good reason,” said Gosar in a release. “America’s confidence in our elections is eroding with each and every election, in no small part because of the radical actions taken by liberal Democrats and their allies in the fake news media and big tech to undermine election integrity.”

Back in January, Gosar urged Congress to set aside the presidential vote in Arizona based on claims that hundreds of thousands of ballots were cast illegally. He maintained that some voting machines changed the vote tallies, although in Arizona those machines leave a paper trail similar to the one he seeks to mandate nationally. County election audit reviews found no evidence of fraud that could have changed election results. The Arizona Senate hired an outside firm to recount some 2 million ballots cast in Maricopa County. The review has been going on for several months and has not yet released results.

Gosar’s Securing America’s Elections Act of 2021 would address a potential source of fraud in elections if hackers or a corrupt election machine manufacturer tried to change the vote tallies in electronic voting machines. The push for open-source software for vote tally machines could also ultimately close a potential vulnerability in some elections systems.

That website shows about 70% of counties — including all in Arizona — currently have hand-marked paper ballots for most voters. In most cases, the exceptions are limited to handicapped voters who need some kind of special assistance. About 21% of states include counties that rely on ballot marking devices, which are considered somewhat harder to verify. About 10% of states include counties that rely on direct recording electronic (DRE) systems for all voters, which means there may not be an independent paper record of votes cast. Some of those systems allow voters to confirm their selections on an independent paper record before recording their votes in the computer memory, which still provides a way to conduct a post-election audit or recount, according to the verifiedvoting.org website.

The states with the most counties lacking a consistent paper trail for votes cast include Texas, Louisiana, Mississippi, Tennessee, Indiana and New Jersey. States with many counties that rely on ballot marking devices for all voters — which verifiedvoting.org considered less secure — include Arkansas, Georgia, South Carolina, West Virginia and Ohio, according to a national map on the verifiedvoting.org website.

Verifiedvoting.org has joined with the Brennan Center and others to complain about the current Arizona Senate review of the 2 million ballots cast in Maricopa County for the U.S. president, U.S. Senate and U.S. House in the last election. The letters criticized both the lack of transparency and the selection of Cyber Ninjas to handle the audit. One letter questioned the selection of “Cyber Ninjas, a firm which news reports say was ‘founded by a Trump supporter who promoted conspiracy theories as part of the stop the steal movement.’ ... Two earlier substantive audits, one by bipartisan teams and the other by federal accredited Voting System Test Laboratories found no discrepancies. At this point, additional audits will have little value other than to stoke conspiracy theories and partisan gamesmanship — or worse.”

Restrictions on voting have become hot-button issues in Congress and in many state legislatures.

Many Republicans believe that many fraudulent votes were cast in the last election and have proposed various measures to make voting more secure.

Many Democrats have criticized those measures as a partisan effort to reduce turnout among groups that often support Democrats, especially minorities.

The Arizona Legislature this year adopted several new restrictions. One measure would remove people from the early voter list if they don’t vote in two consecutive election cycles. Roughly 80% of Arizona voters are on the early voter list and normally rely on mail-in ballots.

Another measure shifted effective supervision of elections from Democratic Secretary of State Katie Hobbs to Republican Attorney General Mark Brnovich, at least until the end of Hobbs’ term.

Other measures include adding to ballots things like watermarks, QR codes, holographic foil, backgrounds like those used on currency, ultraviolet and infrared ink. The ballots would likely cost about five times as much and are currently manufactured by a single company in Texas.

Meanwhile, Republicans in the U.S. Senate have blocked consideration of the For The People Act, an ambitious set of voting law and campaign finance changes approved on a party-line vote in the House. The proposed law would both require the disclosure of dark money political contributions and bolster the Voting Rights Law, intended to protect minority voting rights. One U.S. Supreme Court decision overturned the requirement that states with a history of discriminatory voting restrictions get pre-clearance from the U.S. Justice Department before implementing voting law changes and redrawing legislative district lines. Another case this year held that anyone seeking to overturn voting restrictions that have a greater impact on minorities must prove the legislature intended to discriminate in adopting the change.

However, Gosar’s attempt to ensure all states shift to a voting system that leaves a paper trail may represent one of those ideas that can break out of the current, partisan deadlock on almost any change in elections law.