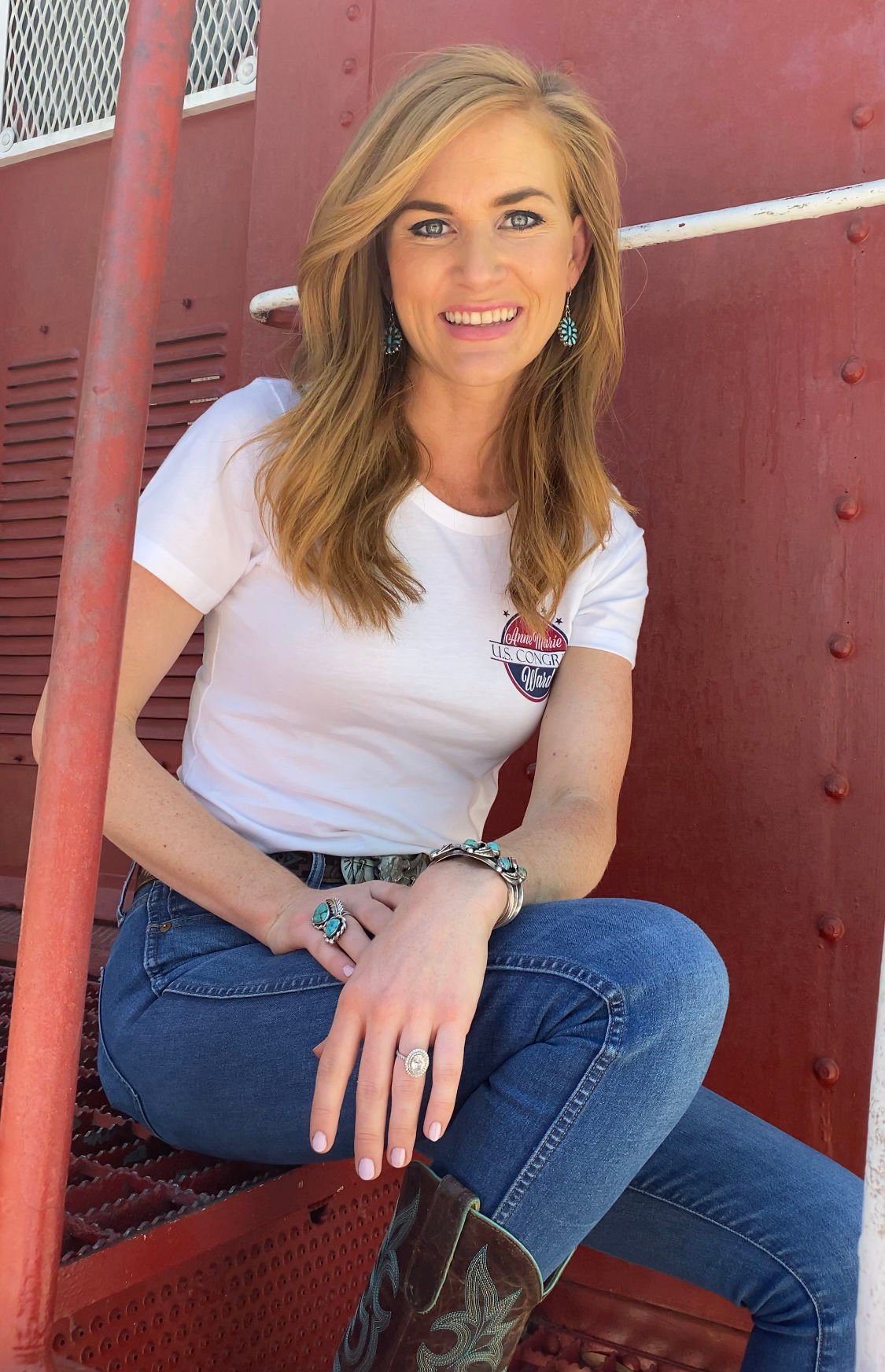 Candidate for U.S. Congress, Anne Marie Ward, will be in Payson June 23. 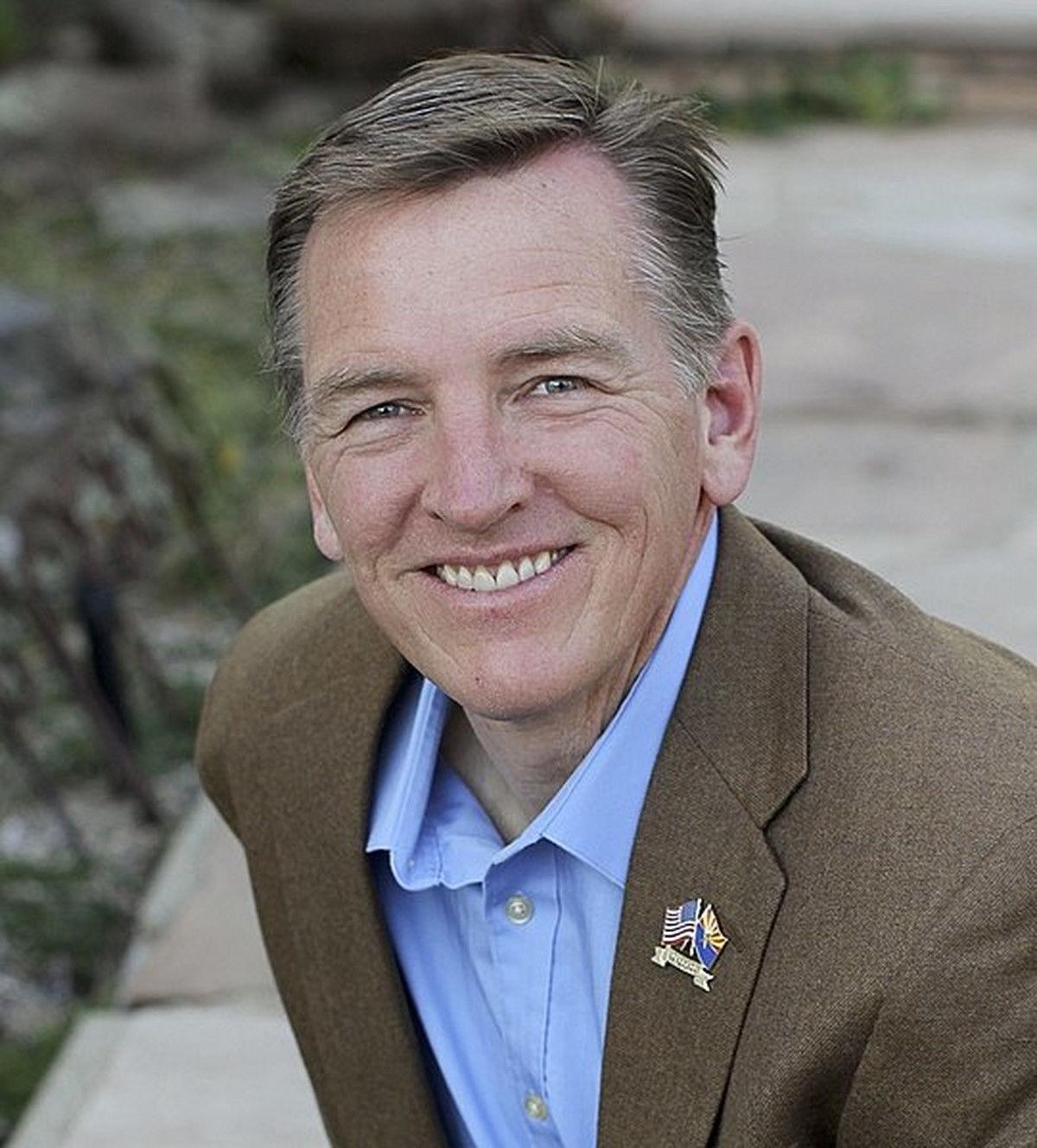 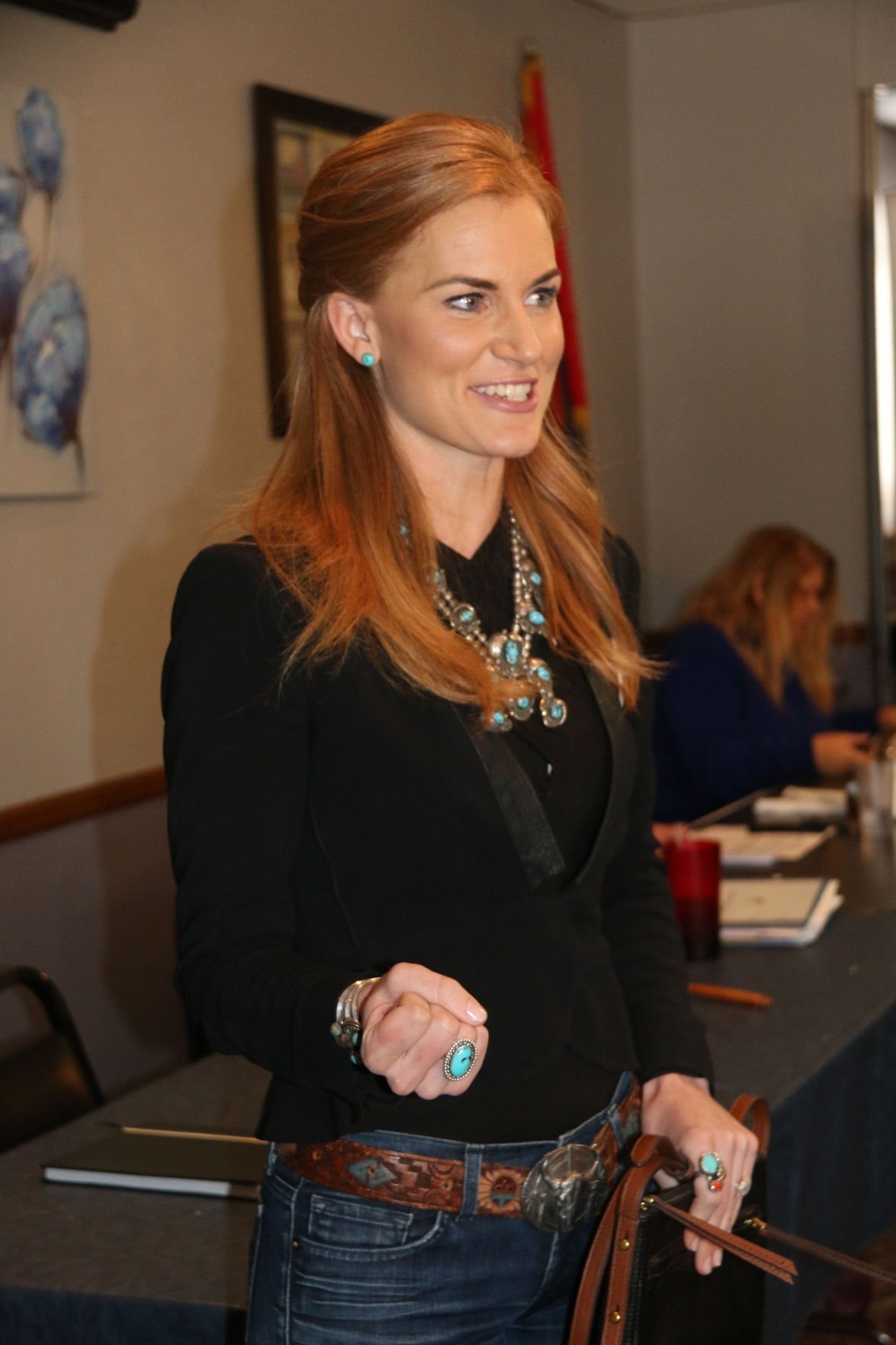 Candidate for U.S. Congress, Anne Marie Ward, will be in Payson June 23.

Ward has sent out flyers and taken out ads hitting Gosar for his voting record, including missed votes, failure to support President Donald Trump’s agenda, opposition to farm bill subsidies and a balanced budget amendment. She also blasted him for not attending the impeachment hearings in the House and not living in the district he represents. She asserted that he’s only gotten six bills passed and most of those centered on minor, local topics like naming a post office.

“Voters in AZ04 are tired of a do-nothing, career politician in Paul Gosar who has never lived in our district. This district is my home. My roots here run deep. Since I announced my candidacy, I’ve traveled over 45,000 miles and spoken with thousands of individuals to learn about their concerns and to fix the decades-old problems that plague our district.”

Gosar’s office has hit back, saying Ward has misstated or distorted his voting record, touting his endorsement by President Trump and dismissing her challenge.

“These lies need to be addressed,” said Penny Pew in a letter to members of the Payson Tea Party. “It’s not obvious who Anne-Marie Ward really is, with no voting record and no history of involvement with any conservative or Republican issues. She mailed a hit-piece flyer, and it is an interesting propaganda study.”

The issue-by-issue series of claims and rebuttals reflects the politics of one of the most heavily Republican congressional districts in the state, with a 28-point registration advantage for Republicans. The district stretches from the communities along the Colorado River all the way into Prescott and on into Rim Country.

Two Democrats are contending for a likely political suicide mission, given the district’s 28% Republican registration advantage. Delina DiSanto, a former nurse and health care consultant, came up just short of winning the Democratic nomination for the seat two years ago. She’s stressing a version of Medicare for All, improved school funding and an infrastructure/jobs program. Frequent candidate and former school principal Stu Starky also qualified for the ballot. He ran against Sen. John McCain in 2004, and the only issue his campaign website explores is a call to reduce the soaring national debt, which stood at $1 trillion even before the pandemic.

Ward has made repeated appearances in Payson. She has argued Republicans are losing the support of young people and must make a stronger case for capitalism and conservative policies while also tackling problems like soaring prescription drug costs. However, her effort to tag Gosar as not supportive enough of President Trump’s agenda is a tough sell given Trump’s endorsement of the incumbent congressman. Gosar ranked as the sixth most conservative member of Congress based on a vote analysis by GovTrack.

Ward has also criticized Gosar for not actually living in the district, although the law does not require a congressman to live in the district he or she represents. Gosar is registered to vote in an apartment in Prescott, but claims his Flagstaff home as his primary residence for the tax benefit. Gosar, a dentist, lived and practiced in Flagstaff before he was first elected to Congress in District 1. Facing a tough re-election challenge after redistricting made the seat a toss-up, Gosar shifted his residence to Prescott and ran successfully for the District 4 seat.

So here’s the charge and defense on issues in the latest exchange between Ward and Gosar.

Gosar: The congressman has a 93 percent voting record with the American Conservative Union and an A rating from the National Rifle Association and is endorsed by the National Right to Life, according to the rebuttal by Penny Pew.

Ward: Gosar voted against the Balanced Budget Amendment, supported by almost every other Republican member of Congress.

Gosar: The amendment was “imbecilic” since Congress routinely votes on things over which it has no Constitutional authority. Congress would just ignore the balanced budget amendment while Democrats would use it to justify raising taxes.

Gosar: The congressman did vote against a bill that would have extended benefits to descendants of first responders who died. “I see no reason why my tax dollars, the tax dollars of my grandchildren, should go to those descendants until the end of time,” wrote Pew. Ward responded to that response by saying that’s not what the bill would have done.

Ward: Gosar voted against the Farm Bill, which provides subsidies and price supports to famers.

Ward: Gosar voted against President Trumps initiative to fight the opioid crisis. She was referring to a bipartisan bundle of measures that passed 396-11, with Gosar in opposition, according to a story in the Casa Grande Dispatch.

Gosar: Probably not true, but if it is true, it’s probably because Democrats “larded it up with so much anti-American and budget-busting garbage that no American could vote for it” or it might have included unconstitutional meddling in healthcare.

Gosar: The congressman has offered outspoken opposition to illegal immigration and support for building a border wall. The Federation of Immigration Reform (FAIR) has endorsed him. Moreover, Gosar gained national attention with his demand that the Capitol Police arrest any illegal immigrations who tried to gain entrance to President Trump’s State of the Union speech.

Claim: Gosar misses too many votes

Ward: Gosar has missed a “staggering” number of votes in Congress. She cited a Govtrack vote tally suggesting from Jan 2011 to July 2020 Gosar missed 406 of 6,184 roll call votes. The 6.6 missed-vote rate compares to the median of 2.2 percent among the lifetime records of representatives currently serving.

Ward: Gosar ranks in the top 11 % of Republicans who have voted against Trump endorsed positions.

Gosar: That’s a lie, proven by the fact of Trumps endorsement.

Ward: Gosar has done nothing on healthcare.

Gosar: The Congressman has done everything he can to repeal the Affordable Care Act, although his efforts were “100 % negated by Senator John McCain” adding that “Congress lacks both the competence and the Constitutional authority to meddle in healthcare. The responsibility best lies with individuals, who are most able to determine their health care wants and needs.”

Claim: Gosar did not attend impeachment

Gosar: The hearings “were a complete fraud and farce, with Republicans totally locked out of any input whatsoever. A round of golf would have been a better sue of Congressman Gosar’s time than sitting around in that impeachment sewer just getting infuriated.”

She should run for a state office first to prove herself to the district voters. Maybe even start as a precinct committeeman and an activist supporter with the state GOP, then run as a state rep. She may be great (who knows), but Dr. Gosar is one of the best reps in Congress, and he works tirelessly on behalf of rural AZ with a long, proven track record.