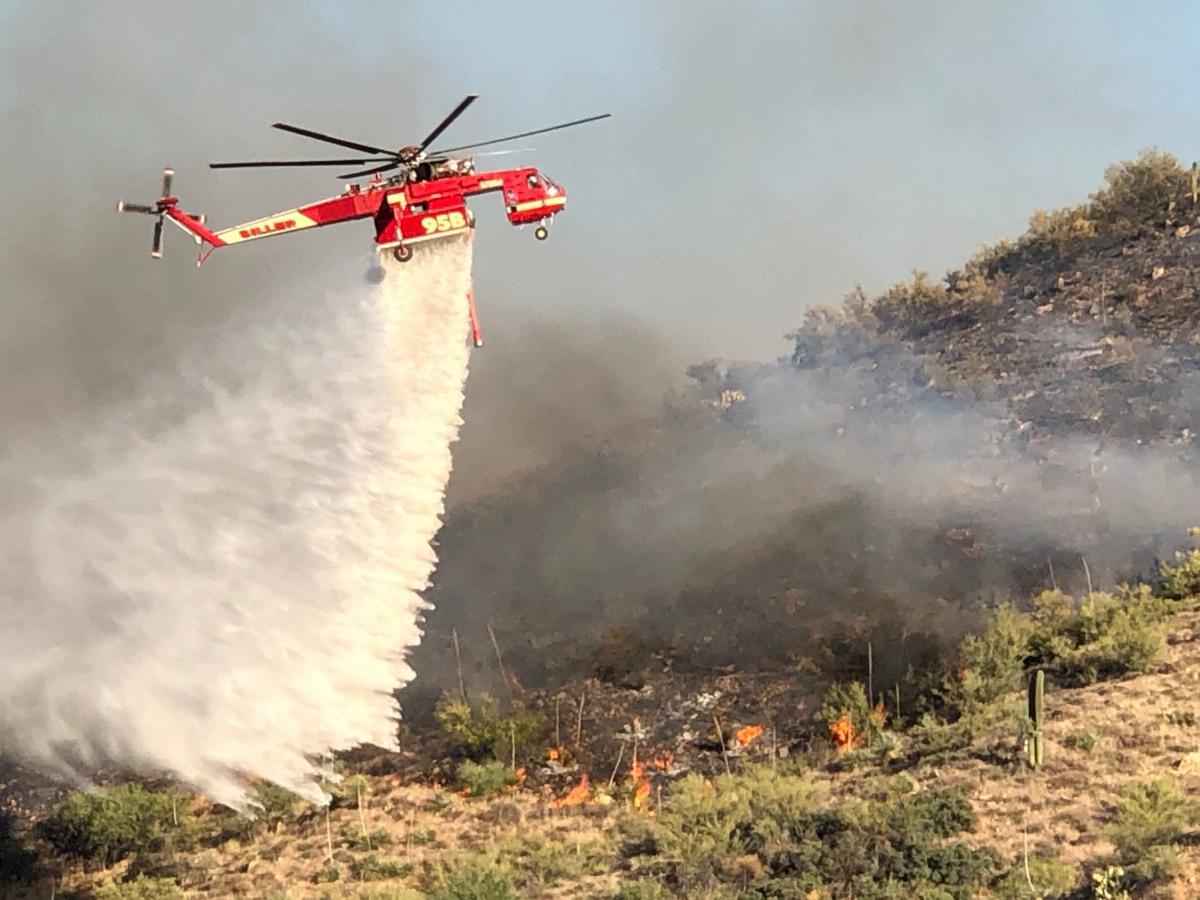 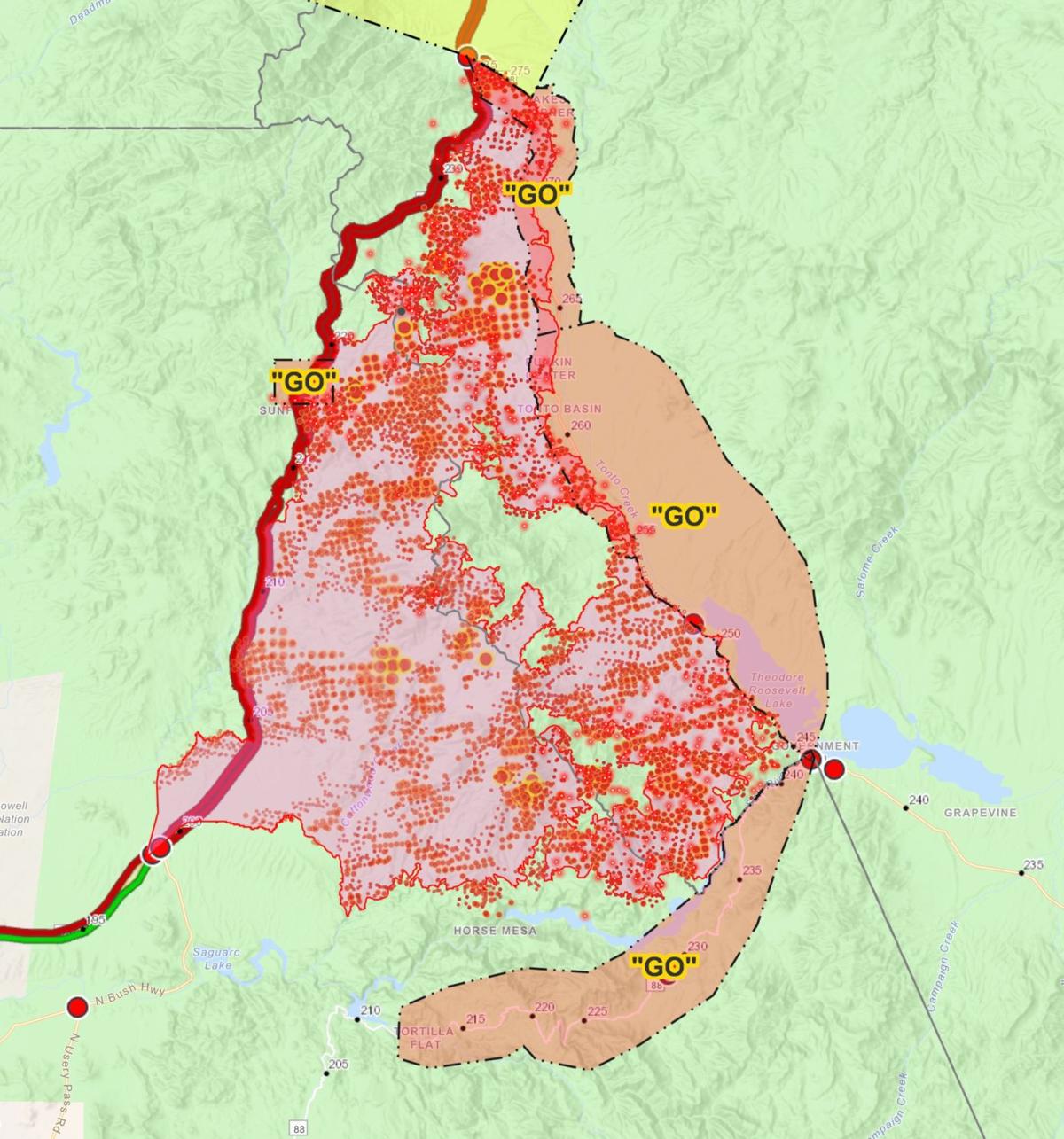 The Bush Fire Saturday morning is at 174,000 acres and 7% contained with 769 personnel, according to a public information officer with the fire management team. No homes have been lost.

In a video briefing Friday night, Incident Commander Alan Sinclair said crews have been setting back burns along State Routes 188 and 87. On Mt. Ord, they are working to bring the fire off the mountain slowly and at a low intensity over the coming days. To do that, they have been dropping chemical-filled balls from helicopters that ignite 15 seconds after hitting the ground.

“I can say with certainty, it’s looking really good,” Sinclair said of the Mt. Ord operation. “I was one of the guys that got to burn 20 years ago when we did the fire up there that looked very similar, that I recall from back then."

Sinclair said they are working to get the roads back open and residents back in their homes, but asked for patience.

"So we understand the impacts exist when we have a big fire in an area like this. We’ve found a lot of people out of their homes tonight. We’ve got roads that are major thoroughfares to Phoenix, from Phoenix to the high country impacted and we’re got recreation on the lakes impacted right now. So that is not lost on the team. We are going to work diligently to ensure that those areas are opened back up, and we’ve got crews out there working very hard to bring a quick end to this fire. I would ask you to be patient. We want to take the time with Mt. Ord to do what we can to bring the fire down gently without major impacts to it. A lot of the country did take a big hit with the fire, so we’re going to take our time with this. We’ll open up what we can when we have the ability to.”

The largest potential for smoke impacts is expected in the afternoon moving along the Mogollon Rim from Payson mid-day East to Heber Overgaard later into the day. https://fires.airfire.org/outlooks/CentralArizona.