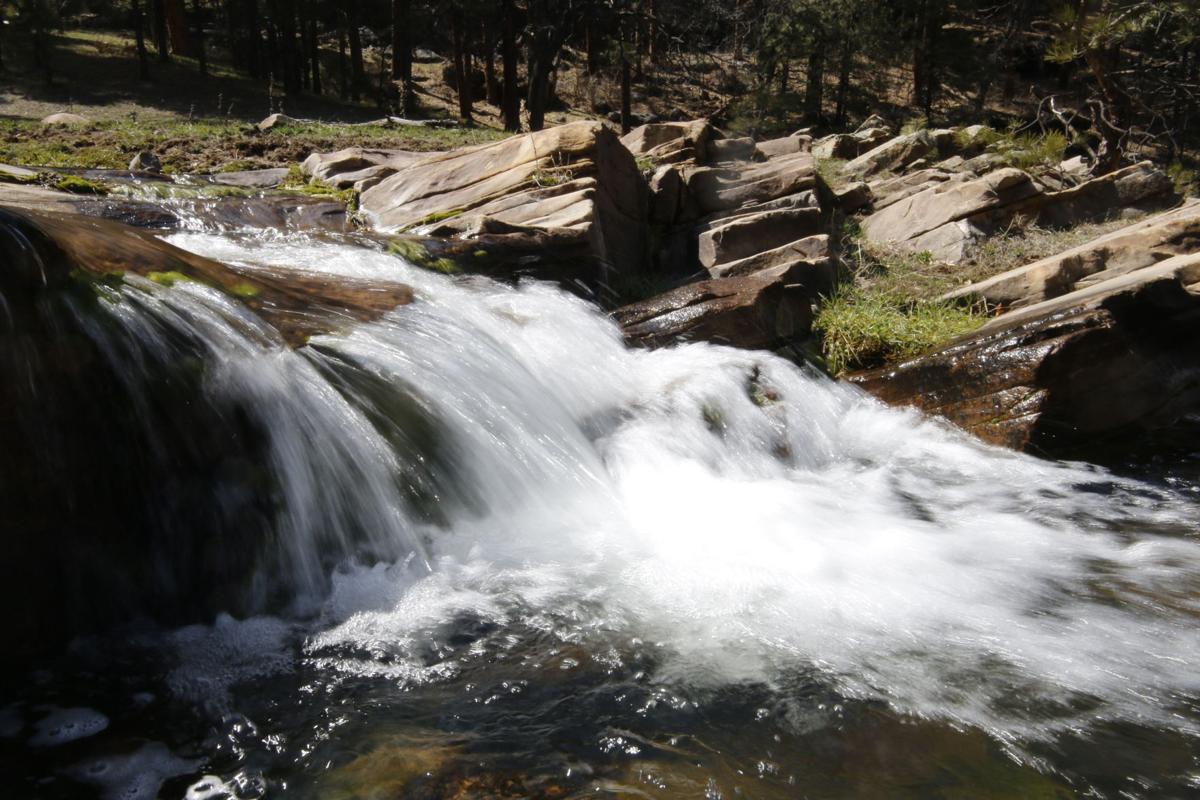 Tonto Creek's flow currently does not reach Roosevelt Lake due to the ongoing drought. 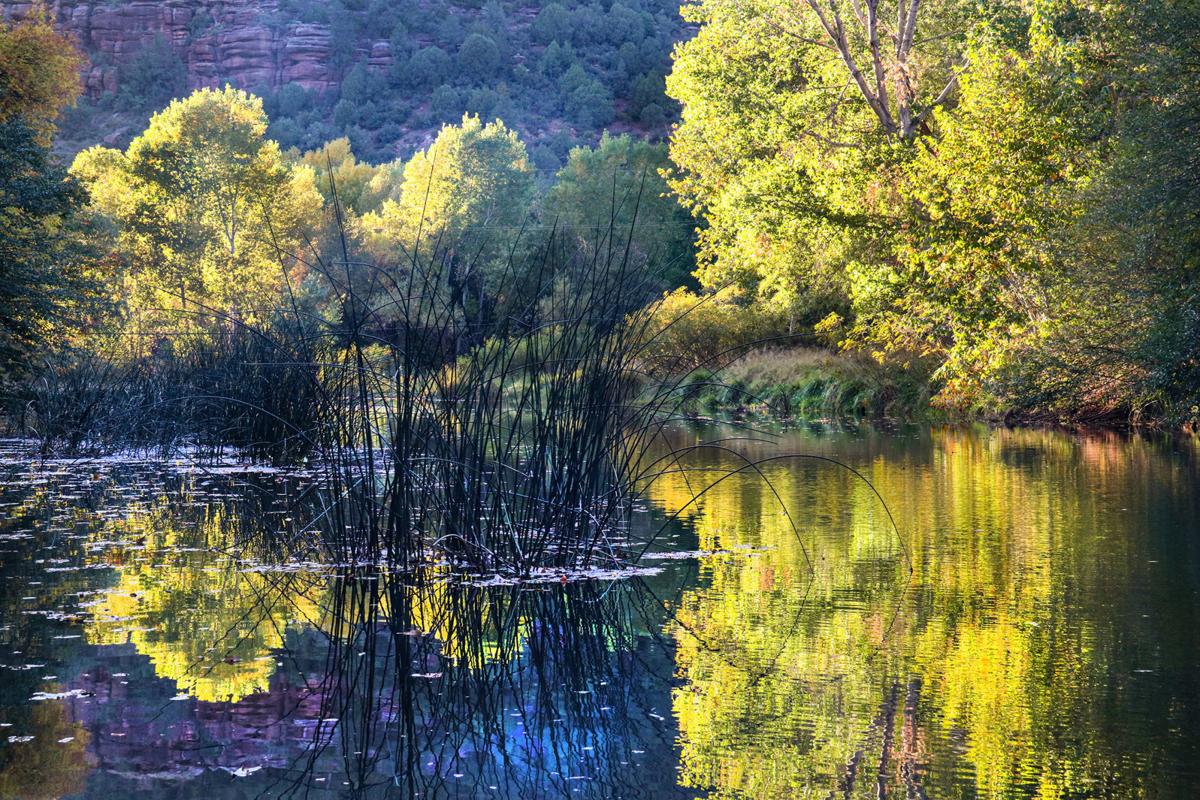 The East Verde River is not quite so lush with the ongoing drought. 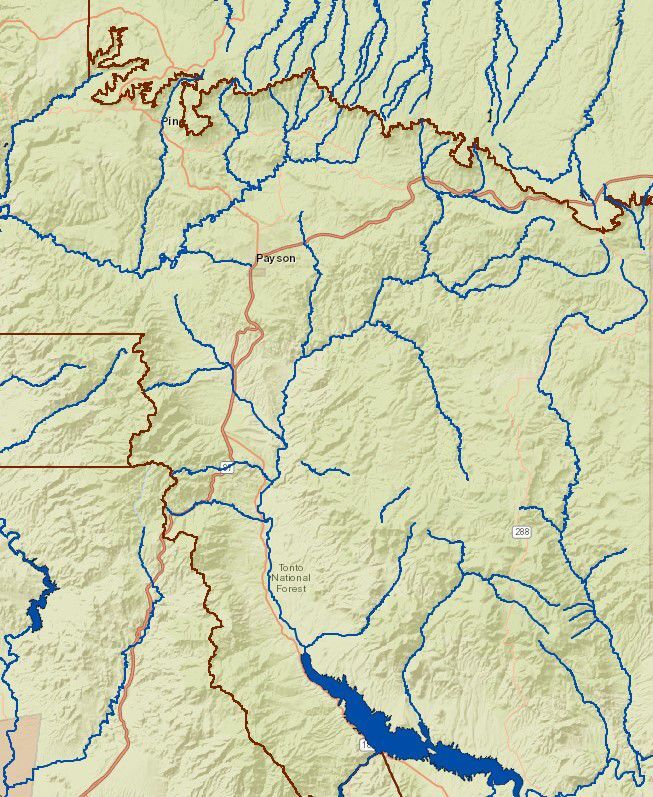 The Arizona Department of Environmental Quality released this map shows streams and rivers in Rim Country protected from the discharge of pollutant. The state's list was intended to head off a federal effort to also protect the sometimes dry tributaries of those steams and temporary wetlands from the same protections.

Tonto Creek's flow currently does not reach Roosevelt Lake due to the ongoing drought.

The East Verde River is not quite so lush with the ongoing drought.

The Arizona Department of Environmental Quality released this map shows streams and rivers in Rim Country protected from the discharge of pollutant. The state's list was intended to head off a federal effort to also protect the sometimes dry tributaries of those steams and temporary wetlands from the same protections.

Arizona has issued a list of “protected waters” that includes almost every flowing stream in Rim Country and the White Mountains.

However, the issuance of the list last month had more to do with heading off new federal protections for often-dry washes and tributaries than with offering new protections for the state’s beleaguered riparian areas.

The federal government has been going back and forth for years on whether to extend the protections of the Clean Water Act to drainages that frequently dry up — or may only run briefly after storms.

The Obama administration originally extended federal protection to these “ephemeral waterways” in the Waters of the U.S. (WOTUS) amendment to the Clean Water Act. The administration at that time argued pollutants dumped in these often dry washes can either soak into the water table or get flushed into year-round streams during floods.

Critics maintained the extra protections could impose a burden on developers and farmers and greatly complicate the use of federal lands, without sufficient offsetting benefits to water ways.

The Trump administration quickly reversed the rule with the Navigable Water Protection Act, declaring that intermittent waterways for the most part don’t fall under the restrictions of the Clean Water Act. The final overhaul of the rules came out last year. A 2017 analysis by the Environmental Protection Agency and the Army Corps of Engineers said the new rule will remove protections from half of U.S. wetlands and 18% of U.S. streams — including 35% of those in the West.

Now, the Biden administration has announced its intention to revisit the rules once again, creating fresh uncertainty about those intermittent waterways.

Against that backdrop, Gov. Doug Ducey last month signed House Bill 2691, which creates a list of rivers, streams and lakes protected from the discharge of any pollutant — which was one of the requirements of the Trump administration’s version of the WOTUS rules.

“This legislation protects and regulates discharges into Arizona surface waters that are used for drinking water sources, fishing, swimming and other recreational activities,” said Representative Gail Griffin, who sponsored the legislation, of Legislative District 14. “We don’t need to rely on the federal government to tell us how to regulate our waters. We have taken this important responsibility that requires best management practices to ensure that discharges do not cause violations in water quality standards.”

A release from the governor’s office applauded the Trump era rule and said the state remains committed to protecting surface waters “unlike previous federal efforts to regulate every dry ditch in the desert, Arizona focused on protecting actual waters with tools specific to Arizona.”

Studies suggest that perhaps 90% of Arizona’s riparian areas have been dewatered or degraded. However, recent studies suggest that these dry washes and ephemeral streams — many of which flow mostly during the monsoon summer floods — play an important role in recharging water tables. The historic drought now underway has dried up many existing streams. The Salt River is currently flowing at 29% of normal, Tonto Creek has dried up before it reaches Roosevelt Lake and the Verde River is flowing at 47% of normal.

The Sierra Club in a comment on the Trump administration’s change in the WOTUS rule said eliminating protection for ephemeral waters “will essentially remove Clean Water Act protections from most of the state. Ephemeral waters contribute pollutants to rivers that provide drinking water, sportfish habitat and recreational opportunities to millions of people and to exclude them from the provisions of the Clean Water Act reveals a lack of understanding of how Arizona’s watersheds function.”

The local waters listed for protection from the discharge of pollutants under HB 2691 include most of the streams on a map in both Rim Country and the White Mountains — but not necessarily the often dry tributaries that feed into them.