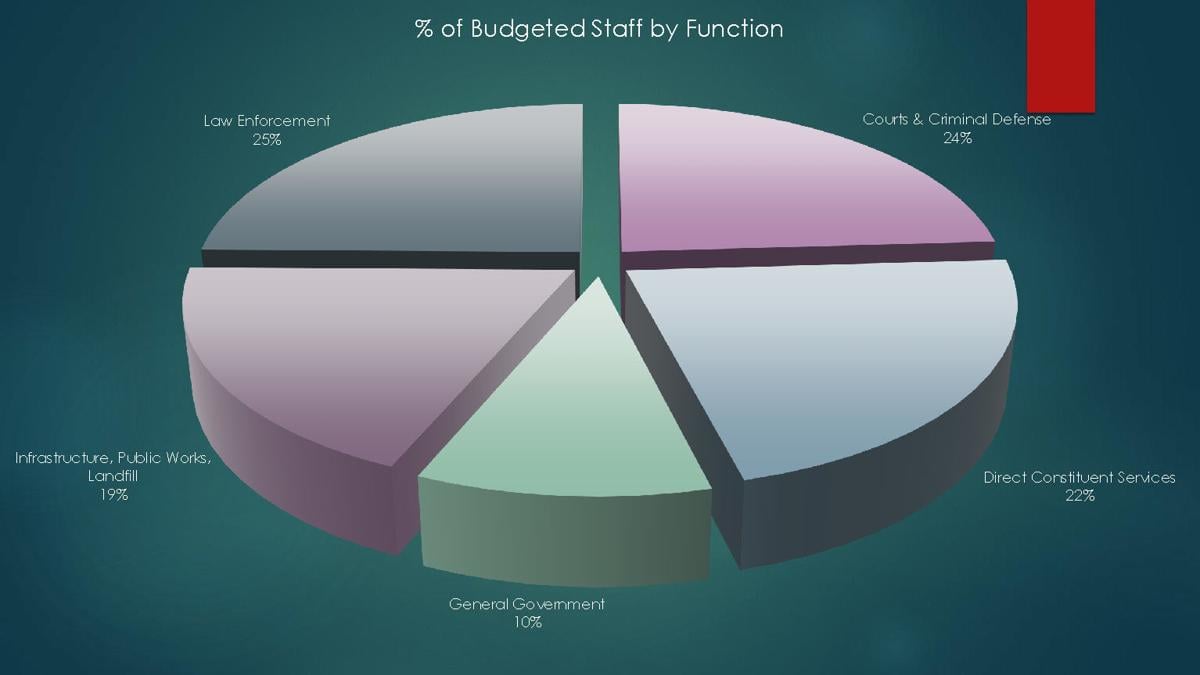 Nearly 40% of the county’s revenue is special revenue, including from federal and state grants; 30% is from the primary property tax and 2% from a secondary property tax. See the chart above for a complete list of revenue sources. 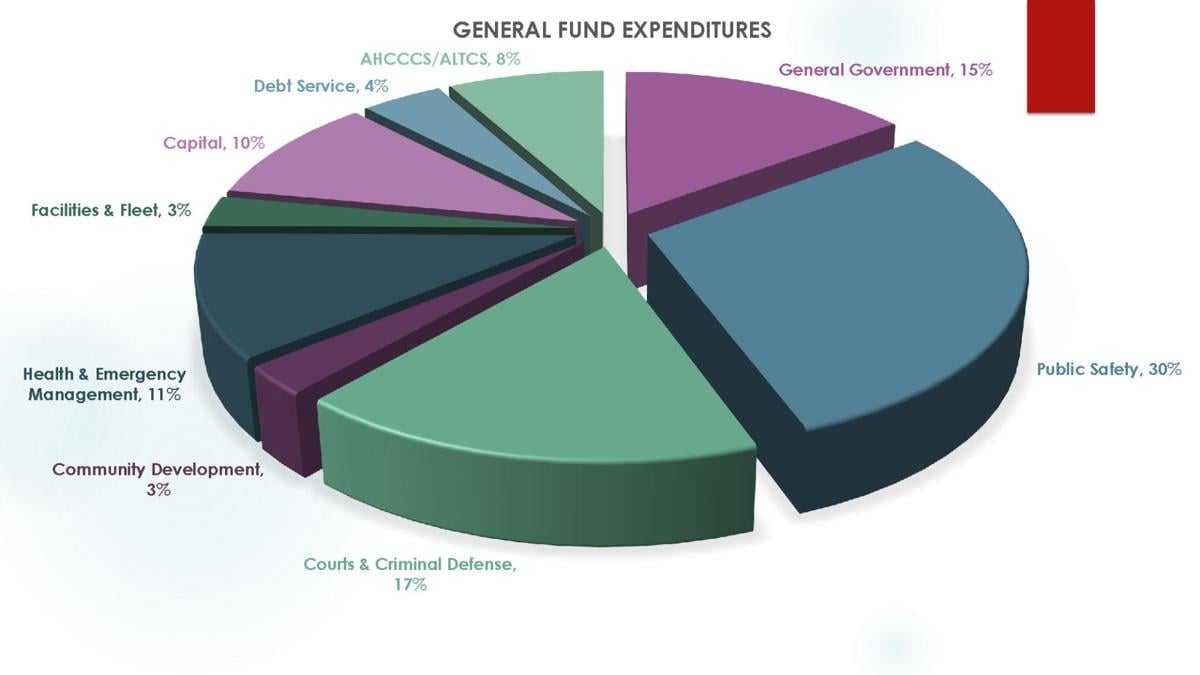 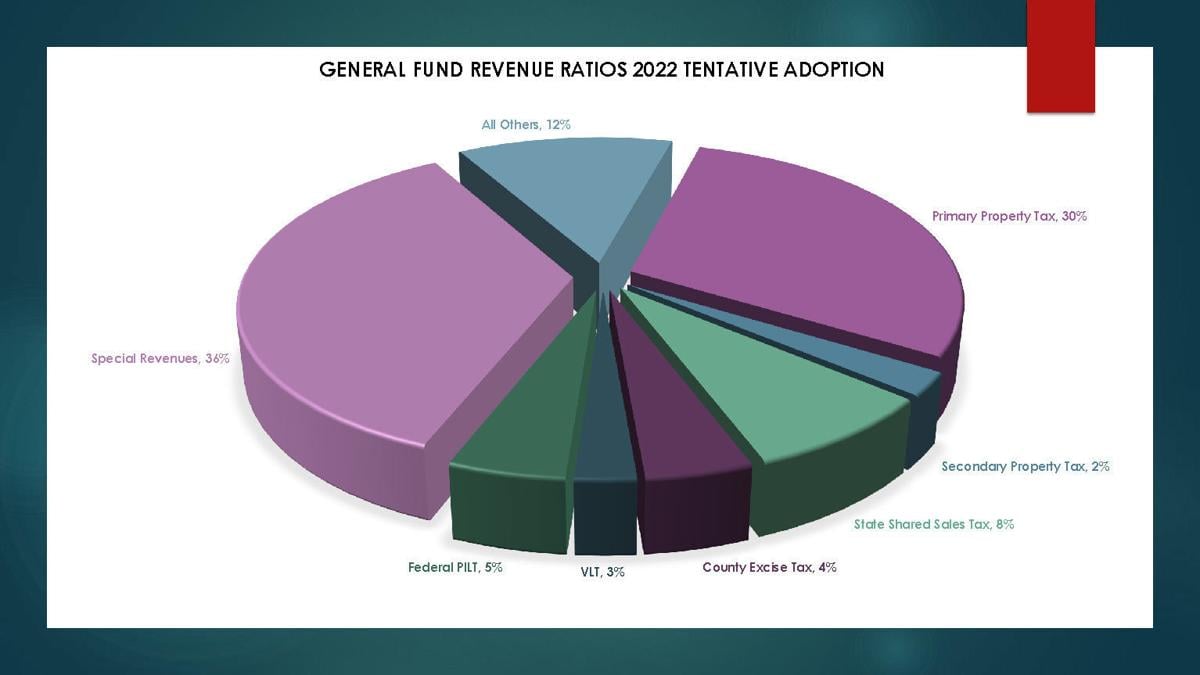 Nearly 40% of the county’s revenue is special revenue, including from federal and state grants; 30% is from the primary property tax and 2% from a secondary property tax. See the chart above for a complete list of revenue sources.

It is the largest budget in the area, but has held the same tax rate for roughly a decade.

The budget was passed after the board discussed a few letters of opposition.

Those letters were from residents upset about tax increases. The board noted, however, that the county did not increase its tax rate or the rates for its special districts (library, street lights, flood control). The primary property tax is $4.19 per $100 of assessed value, which it has been for about 10 years. The assessed value of many properties has gone up and that has led to higher tax bills. Mary Springer, finance director for the county, reported property taxes have increased by $515,636 for FY 21-22.

“Property assessments are set by the Gila County assessor, not the board,” said Tim Humphrey, supervisor for District 2 and chair of the BOS.

Those sending letters of opposition suggested using COVID-19 money to cover some of the county’s expenses. County Manager James Menlove said those funds have restrictions on their use and regulations are still being created by federal authorities.

Another protester said the money being used to build the new county facility in Payson should be used to lower taxes. Menlove said a bond is paying for the new facility, other construction and facility improvements and that bond is being covered by sales taxes, not property tax.

Additionally, the county has reduced its workforce from around 850 full-time employees to less than 600, Menlove said. He said the county’s salaries are so low it cannot fill many positions.

Discussing the budget before its adoption, District 1 Supervisor Steve Christensen asked Springer for clarification, “30% of the general fund budget is from property tax and 70% is from other sources?”

Springer said that was correct. In her presentation she offered a pie chart showing the sources of the county’s revenue: 36% is from special revenue, which could be grants from federal and state governments; 30% from primary property tax; 2% from secondary property tax (the library and street light special districts); Payment in Lieu of Taxes (funds from the federal government for forest and other lands on which property taxes cannot be assessed), 5%; sales taxes, 4%; Vehicle License Taxes, 3%; other, 12%.

Any breakdown of revenue sources and expenditures on a North versus South County basis?