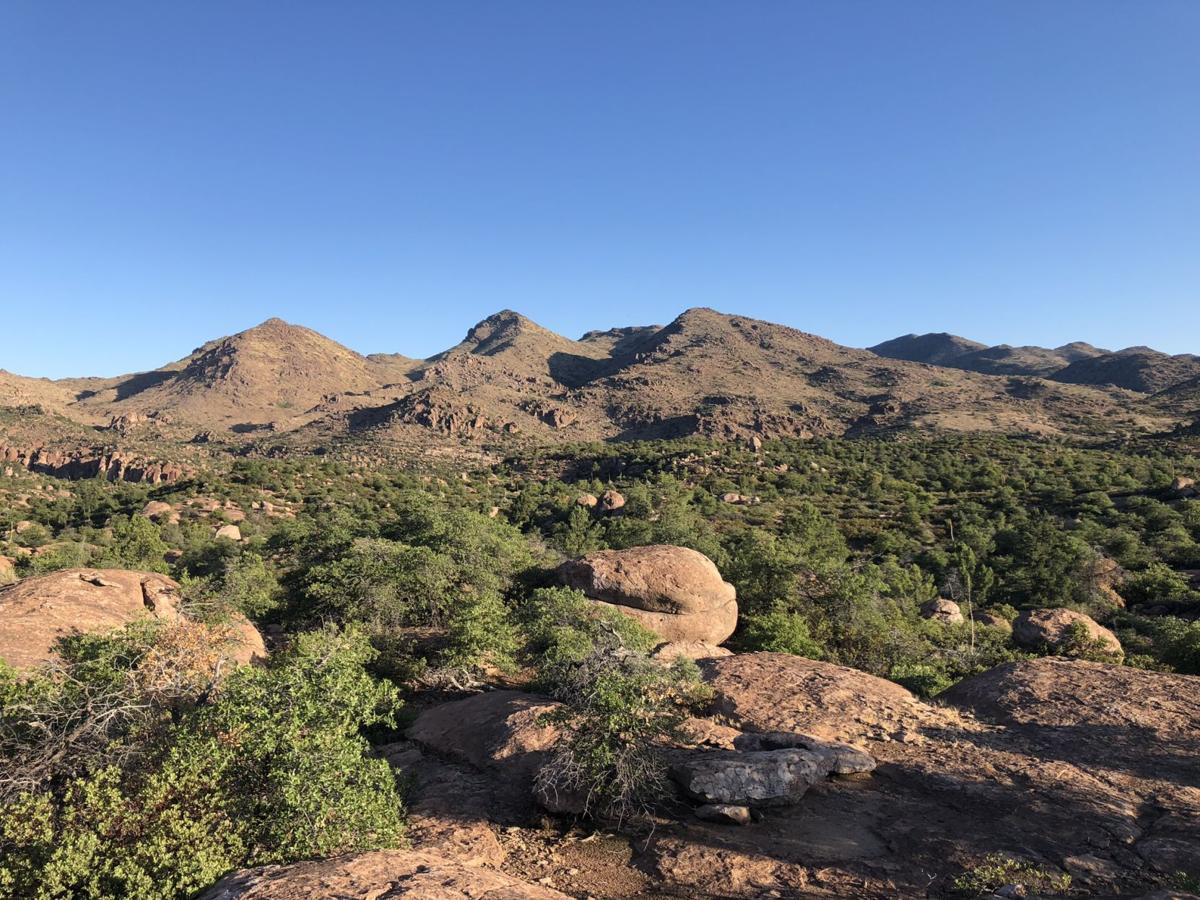 Oak Flat near Superior in southern Gila County is popular with rock climbers and campers but is also considered sacred to many members of the San Carlos Apache Tribe. A proposed copper mine could swallow up the area, but also supply an estimated one-quarter of the nation’s copper needs. 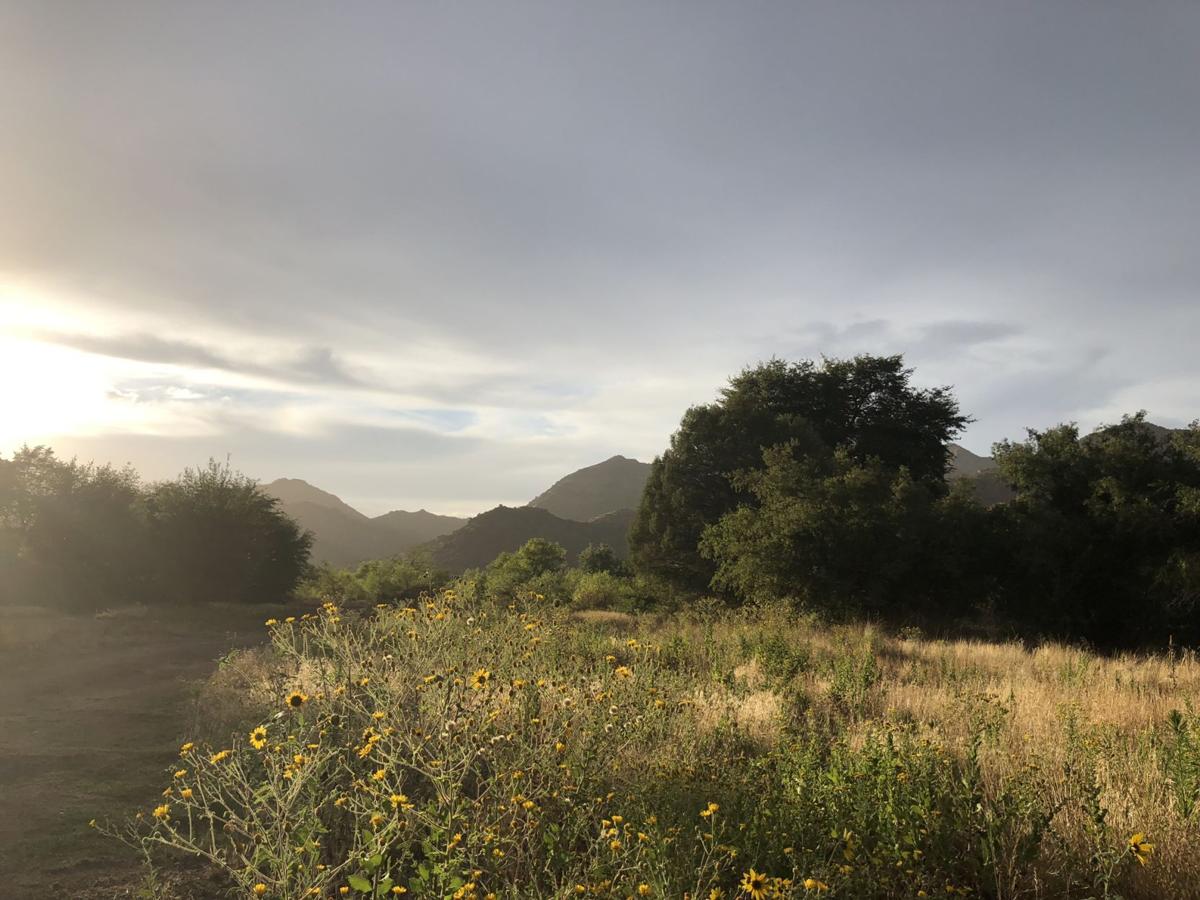 Resolution Copper wants to operate a copper mine on land near Superior. The mining project would ultimately create a mile-wide, 1,000-foot-deep crater below Oak Flat. 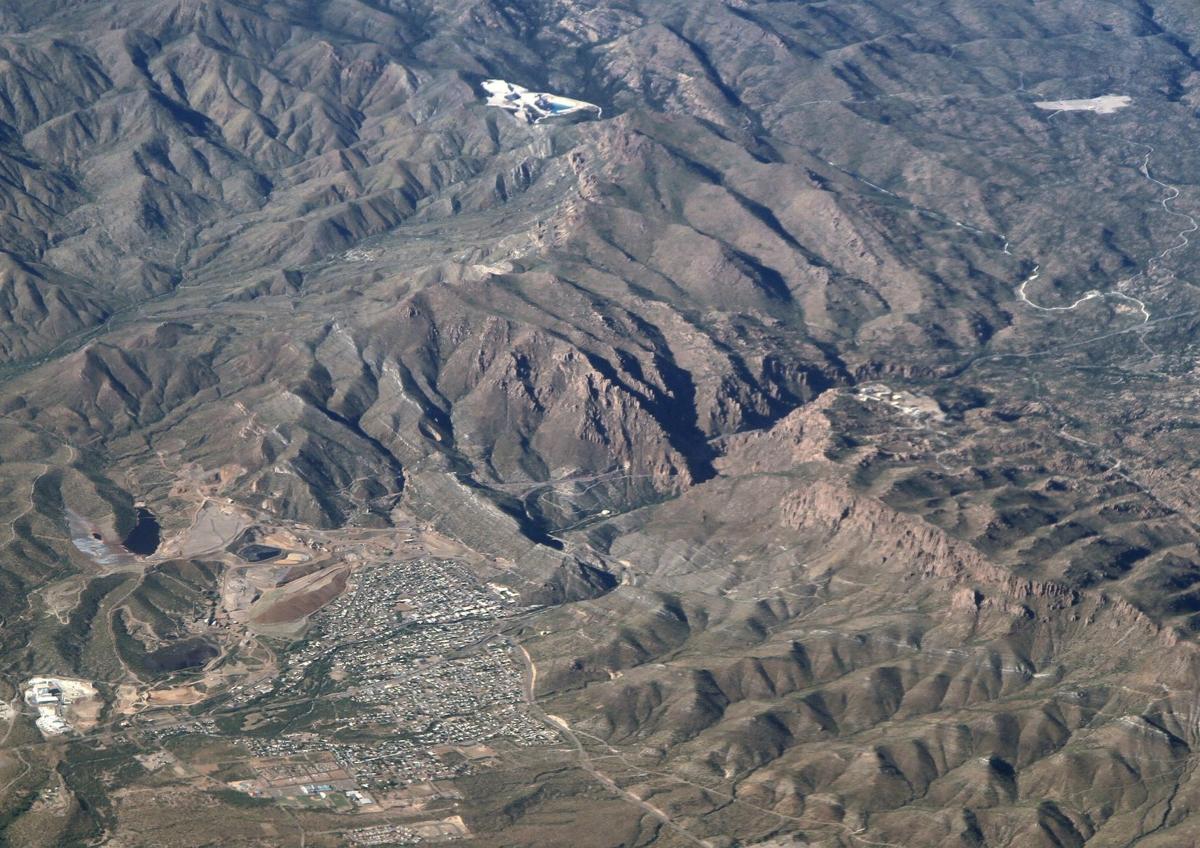 Oak Flat near Superior in southern Gila County is popular with rock climbers and campers but is also considered sacred to many members of the San Carlos Apache Tribe. A proposed copper mine could swallow up the area, but also supply an estimated one-quarter of the nation’s copper needs.

Resolution Copper wants to operate a copper mine on land near Superior. The mining project would ultimately create a mile-wide, 1,000-foot-deep crater below Oak Flat.

The Biden administration has now argued in court that the 2,400-acre land exchange to make possible a massive copper mine near Superior should go forward despite objections lodged by members of the San Carlos Apache Tribe.

The administration had paused the land exchange for the Resolution Copper Mine, after the outgoing Trump administration had fast-tracked final approval. The Justice Department has now filed legal briefs to oppose claims by environmental and Apache groups that the exchange violates treaties and religious freedom laws.

The U.S. Justice Department has filed a brief with the 9th U.S. District Court of Appeals maintaining that the land trade will not impose “a substantial burden on anyone, even if it severely impacts their religious exercise.”

Moreover, the brief argues that the 1852 Treaty of Santa Fe did not create a trust relationship with the San Carlos Apache Tribe, which was established as a legal entity subsequently. Even if a trust relationship did exist, the 2014 congressional vote on a defense spending bill that also authorized the land exchange would have “extinguished the obligation,” argued the justice department lawyers.

Apache Stronghold, an activist group, filed a lawsuit with the support of several environmental groups to stop the swap of 2,400 acres including Oak Flat for 5,300 acres elsewhere in the state — including land along the endangered San Pedro River in southern Arizona. Environmentalists maintain that the copper deposits make the 2,500 acres worth maybe 15,000 times as much of as the 5,300 acres the federal government received in exchange.

The Justice Department brief said Apache Stronghold lacks standing to file a lawsuit because it’s not a sovereign tribe and the San Carlos Apache Tribe lacks standing because it didn’t exist when the treaty in question was filed.

The filing suggests the Biden administration will follow through on the land exchange, despite the pause ordered shortly after President Biden took office. Biden appointed Deb Haagland as Secretary of the Interior, the first Native American cabinet member in history. Biden’s narrow win in Arizona depended heavily on strong support from Native Americans.

Wendsler Nosie Sr., leader of Apache Stronghold and former chairman of the San Carlos Apache Tribe, in a statement said, “we disagree that giving away Chi’chil Bildagoteel to a private company, thus subjecting us to criminal trespass for arrest for praying on our sacred ground is not coercion.”

The mine would extract an estimated 1.6 billion tons of low-grade copper from more than a mile beneath the surface. The ore body is about 1.47% copper and 0.037% molybdenum. The value of the ore would amount to $112 billion over an estimated 60 years — providing roughly 25% of U.S. copper needs for several decades.

Ironically, copper is essential for the proposed global shift to clean energy. Copper is a key ingredient in solar panels, wind turbines, electric vehicles and battery storage. As a result, the world faces a projected copper shortage of 10 million tons by 2030, according to some projections. Many of the known deposits are in very remote areas or face the same problems as the Oak Flat deposit, including water shortages, impacts on indigenous people and production of environmentally harmful tailings and waste.

Currently, the world demand for copper stands at about $172 billion annually. Copper is usually recycled, with two-thirds of the copper produced since 1900 still in use. Every year, an estimated 8.5 billion tons are recycled. However, each battery powered car uses about 130 pounds of copper — so the projected increase in electric and hybrid vehicles should increase copper demand by 600,000 tons by 2027. Copper has also found increasing use in the medical field since it kills microbes. Bloomberg Markets projects demand for copper in biomedical fields will increase by 1 million tons per year for the next 20 years.

At one point, the Australian-based Rio Tinto mining company explored a mining method that would use robots to hollow out caverns deep below the surface, refine the ore, then put the tailings back in the mine to prevent eventual collapse of the excavated caverns. The company ultimately concluded that method was not cost effective and so plans to remove perhaps 20 billion cubic feet of tailings. This will ultimately result in the collapse of the surface, creating a two-mile-wide crater beneath Oak Flat — much of which would become too unstable for safe use. There’s a roughly 9% chance the subsidence would reach Apache Leap, a dramatic rock formation also critical to Apache history and myth.

The tailings would likely bury nearby canyons, piled to a height of perhaps 60 stories, according to information in the environmental assessment.

Congress approved the land swap in 2013 as a rider in the National Defense Authorization Act, supported by both Arizona senators John McCain and Jeff Flake. The land swap didn’t receive a separate vote, but passed as part of a defense spending bill.

Resolution Copper has already spent $1 billion developing the mine and has said it will employ several thousand people and inject billions into the local economy.

The San Carlos Apache Tribe, National Audubon Society, Center for Biological Diversity, Sierra Club and the National Congress of American Indians have all opposed the project.

San Carlos Apache Tribe Chairman Terry Rambler in an opinion piece said “this site of riparian splendor graced by Emory oak trees is our Sistine Chapel. This land is where we connect directly to the Creator, where our daughters pass into womanhood through the Sunrise Ceremony, where our past reaches into our future.”

Rambler also cited a host of other reasons to oppose the project. He noted it would consume 775,000 acre-feet of water — enough to supply a city of 140,000 for 50 years. Water use would range somewhere between 16,000 acre-feet and 50,000 acre-feet annually. The approval comes as Lake Mead reaches record-low levels, the state’s groundwater supply is dwindling and the state’s rights to Colorado River water may become limited in coming years.

Rambler cited environmental studies suggesting that the mining operations and tailings would decrease the value of nearby state-owned lands by $537 million and impact the fledgling, tourist-based economy in the area. Simply cooling the 180-degree tunnels sufficiently to work in would consume about 22% of the Salt River Project’s peak power capacity for 1 million customers.

In return the project would ultimately create only 349 long-term jobs — mostly running the robots that could work in the potentially lethal heat of mines 7,000 feet beneath the surface.

Rambler concluded, “Protecting Chí’chil Biłdagoteel acknowledges the rights of indigenous people in America and sends a powerful signal to the rest of the world. It would protect Arizona’s water supplies for future generations. And it would allow Arizona to pivot away from the extraction economy and move toward a more sustainable economic future.”

Experts say that at this point only another act of Congress appears likely to stop the land exchange.