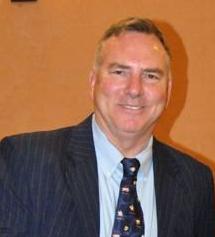 At the request of the owner of Sky Run, a park model development, the Town of Star Valley is taking over the property’s 80-gallon-per-minute well and storage tank. Adding another source to the municipal water company.

Star Valley town manager/attorney Tim Grier said the property’s owner Duane Brazill approached the town about taking over his system on a quitclaim deed. It will only cost the town between $1,000 and $2,500 to hook the system into its PW1 and PW2 wells and install a meter, Grier said. The low cost is because it is the manager’s understanding the previous owner, Chris Benjamin, had installed a two-inch line from the Sky Run well to the PW1 and PW2 site.

Grier said if any unforeseen costs arise from the transfer, the matter will come back before the town council.

Turning over the Sky Run well to the town eliminates the necessity for Brazill to have his own well operator, take samples to the state for testing and worry about equipment breaking down.

There are about 20 park model units on the property, but the owner is responsible for the infrastructure to provide the residents with water. However, since the town does not have a commercial rate for its water, it plans a public hearing to establish a rate for the Sky Run and similar connections. The hearing is at the 6 p.m., Tuesday, Dec. 17 meeting of the Star Valley Town Council. Grier said they hope the Sky Run project will serve as a model for the RV parks in town to work with the town’s water company.

“It would probably increase their equity being part of a municipal water system and not on a private well,” Grier said.

He added the town council felt the deal with Brazill was a win-win for all parties and directed him to move forward with adding the Sky Run well and storage tank to the town’s system.