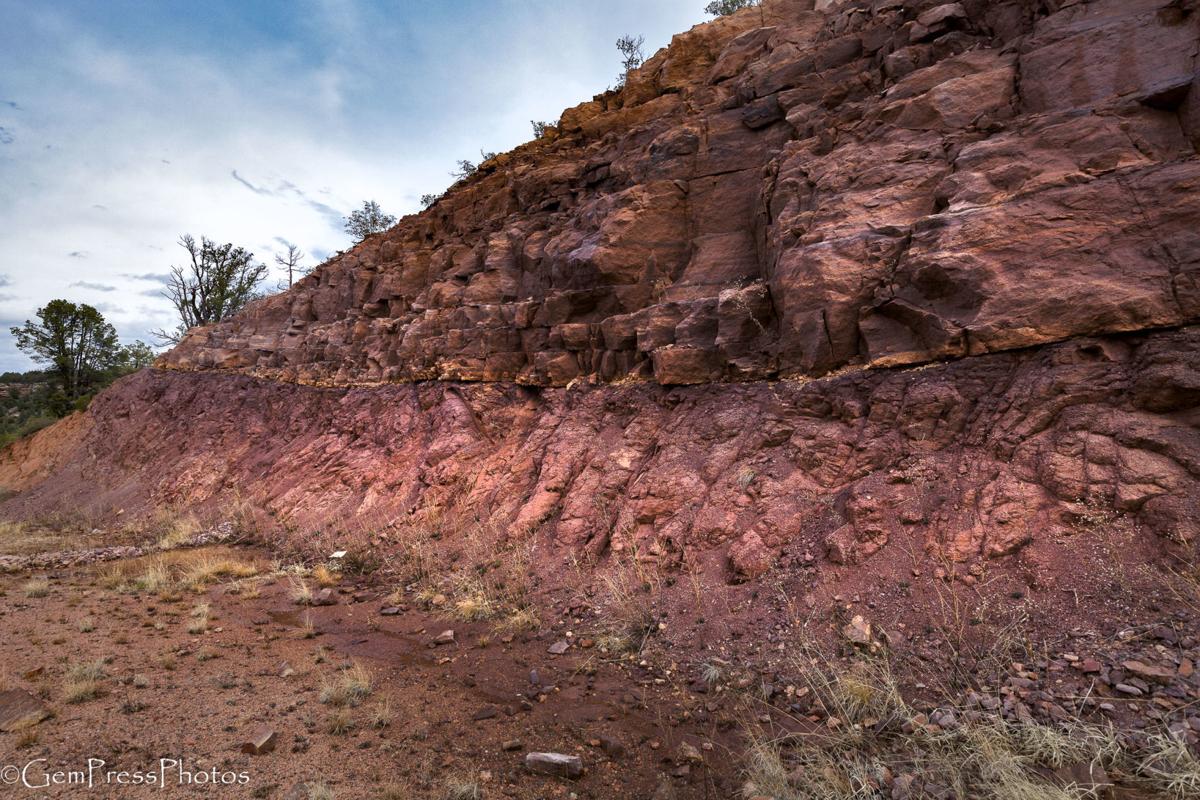 Greg McKelvey made this image of the Great Nonconformity in a roadcut just west of Payson on Highway 87/260 halfway to the East Verde River. The rock on the bottom is 1 billion years old and the layer on top is just 300 million years old. Scientists have developed a new theory on what happened to the billion years of missing sediment. 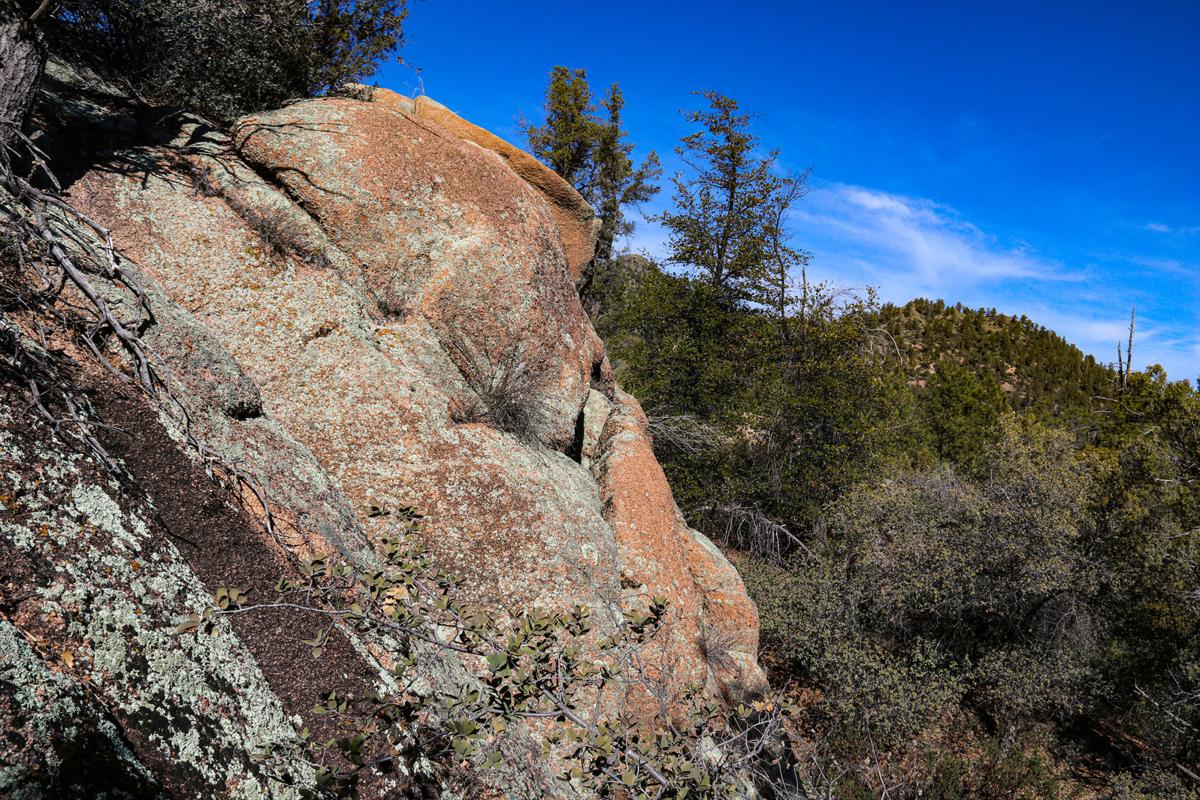 The Payson Granite boulders that dominate the Dells are a billion years old — the upper layer of the mysterious Great Nonconformity. 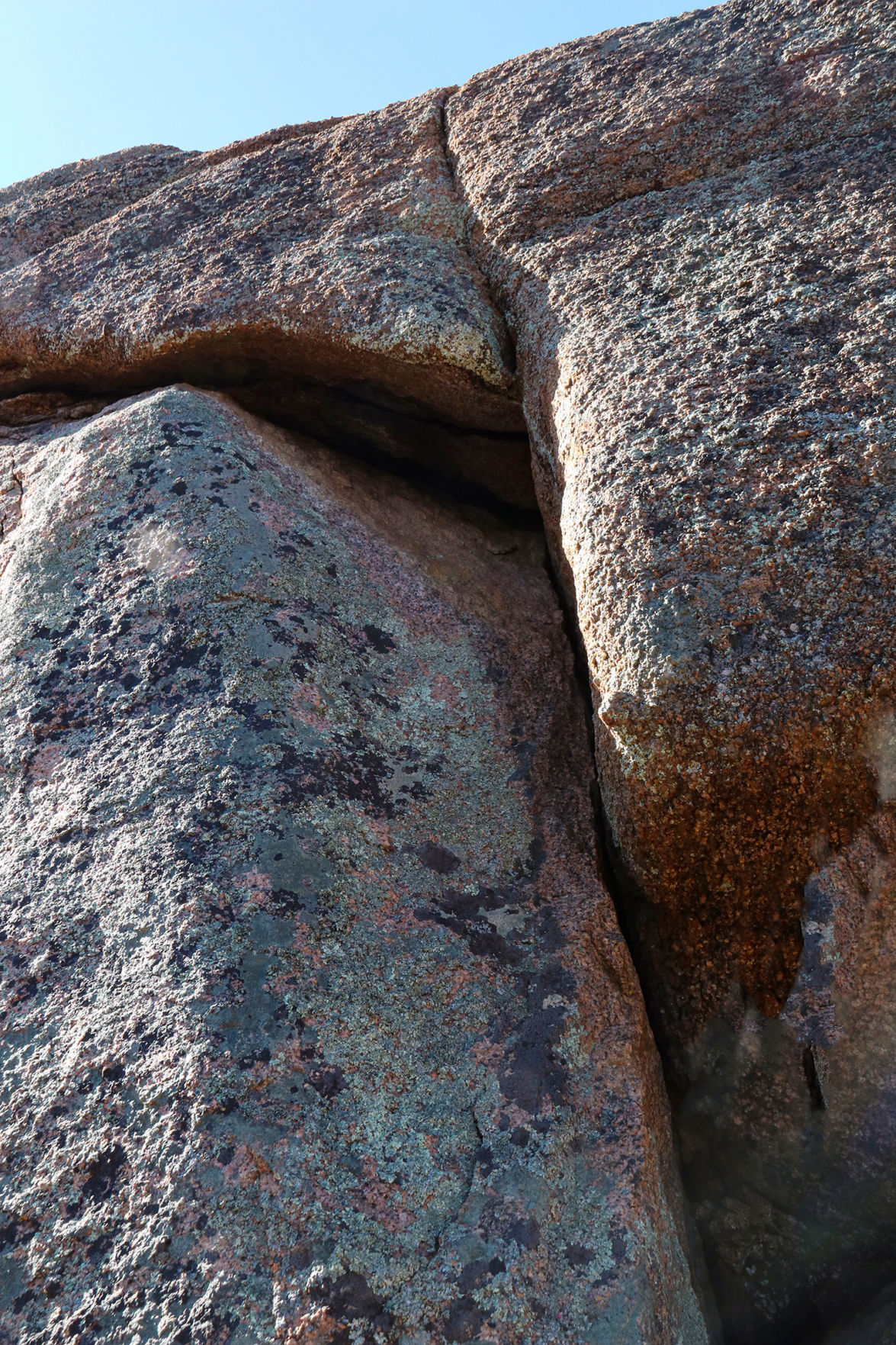 Greg McKelvey made this image of the Great Nonconformity in a roadcut just west of Payson on Highway 87/260 halfway to the East Verde River. The rock on the bottom is 1 billion years old and the layer on top is just 300 million years old. Scientists have developed a new theory on what happened to the billion years of missing sediment.

The Payson Granite boulders that dominate the Dells are a billion years old — the upper layer of the mysterious Great Nonconformity.

Granted, the pandemic’s no mass extinction.

So I’ve been spending more time astride the Great Nonconformity, striving for the long view.

I’m especially fond of an outcrop of dazzling white quartz at the base of a rounded pinkish boulder of Payson Granite, which I’m reliably informed dates back about 1.7 billion years. From here, I’ve got a great view of the Tapeats Sandstone cliffs rearing up at the top of the slope of tumbled boulders. The sandstone’s more like 600 million years old.

So who swiped a billion years worth of stone? Where’d they stash it?

More importantly — should I be comforted or dismayed in the midst of a pandemic that the planet could misplace a billion years of geologic record?

Does it prove our problems are minor and fleeting?

Or does it prove we’re all doomed?

Moreover, how do we account for an explosion in life’s diversity at just the same time?

The Great Nonconformity has perplexed my admittedly excitable imagination ever since I first encountered it in the depths of the Grand Canyon. Decades later, I found myself living in East Verde Estates right on top of the Great Nonconformity, which also reveals itself in road cuts and the Granite Dells.

So it fascinated me to stumble across an intriguing new theory on why geologists have uncovered the Great Nonconformity in odd places all over the world.

Until now, the best guess blamed Snowball Earth — a deep freeze that unleashed glaciers all over the planet. We don’t know what plunged the planet into a deep freeze between 720 and 635 million years ago, but glaciers can certainly bulldoze away vast quantities of rock.

But the theory always had holes — mostly a matter of timing and scope.

So researchers from the University of Santa Barbara, the University of Colorado, Boulder and Colorado College came up with a new theory, which they published recently in the Proceedings of the National Academy of Sciences.

They argue that the removal of so much rock had to do mostly with the rise and fall of the supercontinents Rodinia, when most of the planet’s land mass gathered in a single place. The earth’s crustal plates are constantly shifting, growing at one edge and plunging beneath a neighboring plate along another edge. The light rocks of the continents ride on top of this crustal conveyor belt, constantly combining and breaking apart. Right now, the continents are scattered. In another 200 million years or so, they’ll get mushed back together into a new supercontinent.

The scientists precisely dated the Great Nonconformity based on a technique called thermochronology, which uses isotopes of helium, thorium and uranium to figure out the depth at which rocks cooled and hardened. The earth heats up by about 122 degrees for every half a mile of depth and the heat sets the ratios of various isotopes. This allowed the researchers to estimate how those rocks moved through the earth. They concluded that a mile-deep layer of rock was removed between 720 million and 1 billion years ago — well before the Snowball Earth period. The estimate lines up much better with the formation and later breakup of Rodinia.

So perhaps the breakup of the continent caused both the Great Nonconformity and Snowball Earth, by shifting land to the north and changing the circulation patterns in the ocean.

Even more intriguing, the breakup of Rodinia could also have something to do with the enormous proliferation of living species known as the Precambrian Explosion.

Life emerged some 3.8 billion years ago — but didn’t get much beyond single-celled organisms for the next 3 billion years. But the Precambrian explosion 540 million years ago changed all that. Life suddenly burgeoned into countless forms. That includes the trilobites, who for a time all but ruled the world. This explosion of life coincides with the breakup of Rodinia and the Great Nonconformity.

No one’s sure how to account for this sudden riot of living forms. Maybe it had to do with the buildup of oxygen in the atmosphere, produced by the first plants. Maybe the diversity of species hit some threshold in that supercharged competition. Maybe the breakup of the supercontinent created all kinds of new niches that invited evolutionary specialization.

It’s all beyond me — sitting on my chunk of quartz, wondering whether I should don my mask and risk a trip to the market to get more beer.

We all can trace our roots to whatever happened when the Great Nonconformity developed — me, the coronavirus, the ground squirrel scampering across the Payson Granite, the monarch butterfly hunting for milkweed up the slope, the pugnacious rufus hummingbird monopolizing my feeders and the Arizona cedar casting its long shade in a warming planet.

I ought to be depressed. After all, we’re all bucking extinction perched on the thin edge of that great gap in time.

But somehow I can’t muster sorrow — even wearing my mask. I know I’m in the risk group, hanging on for dear life like the last trilobite. But as I study the lichen clinging to the rounded, pink, boulders of Payson Granite, I can’t help but marvel at the resilience of life — the poppies wilted in the heat and the lizard doing pushups on the rock.

So I’m right at home here in Payson, astride the Great Nonconformity.

Gee Golly Mr. Dillon. I am impressed. Good story and one without an underlying philosophical bias that intrudes on the validity of the writing. I always value journalism experiments where the conclusion is arrived at after the research is conducted.