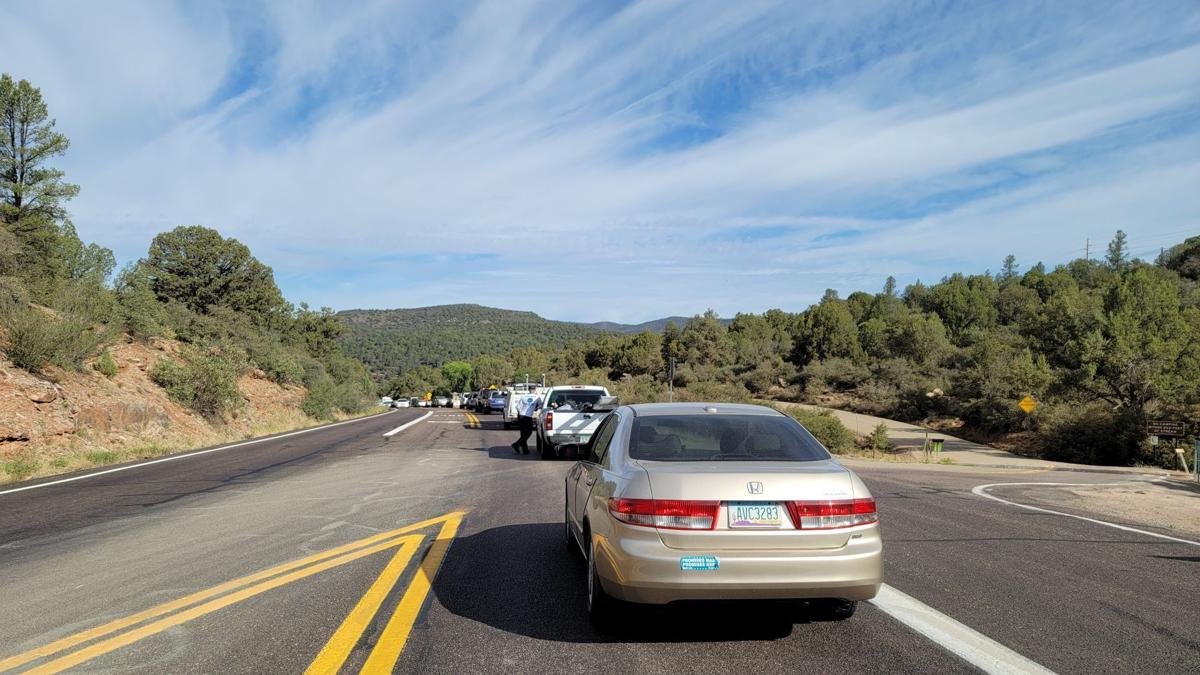 The APS project reduced traffic on a portion of SR 87 between Payson and Pine to one lane, causing delays for motorists. 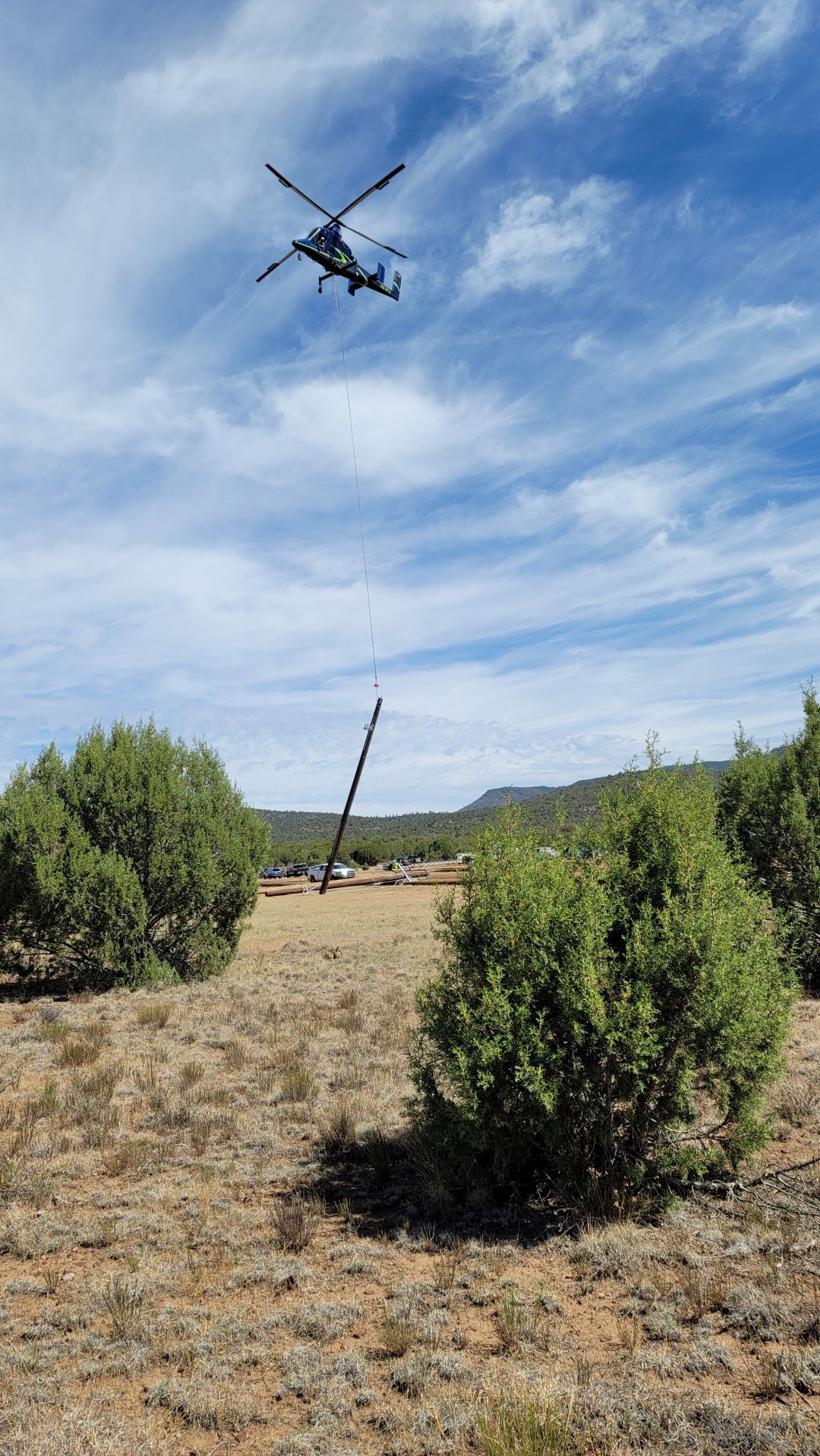 APS contracted with Timberline Helicopter to remove and replace 180 power poles. The power company regularly upgrades its grid, but in the summer APS has an additional protocol to protect communities from wildfire. 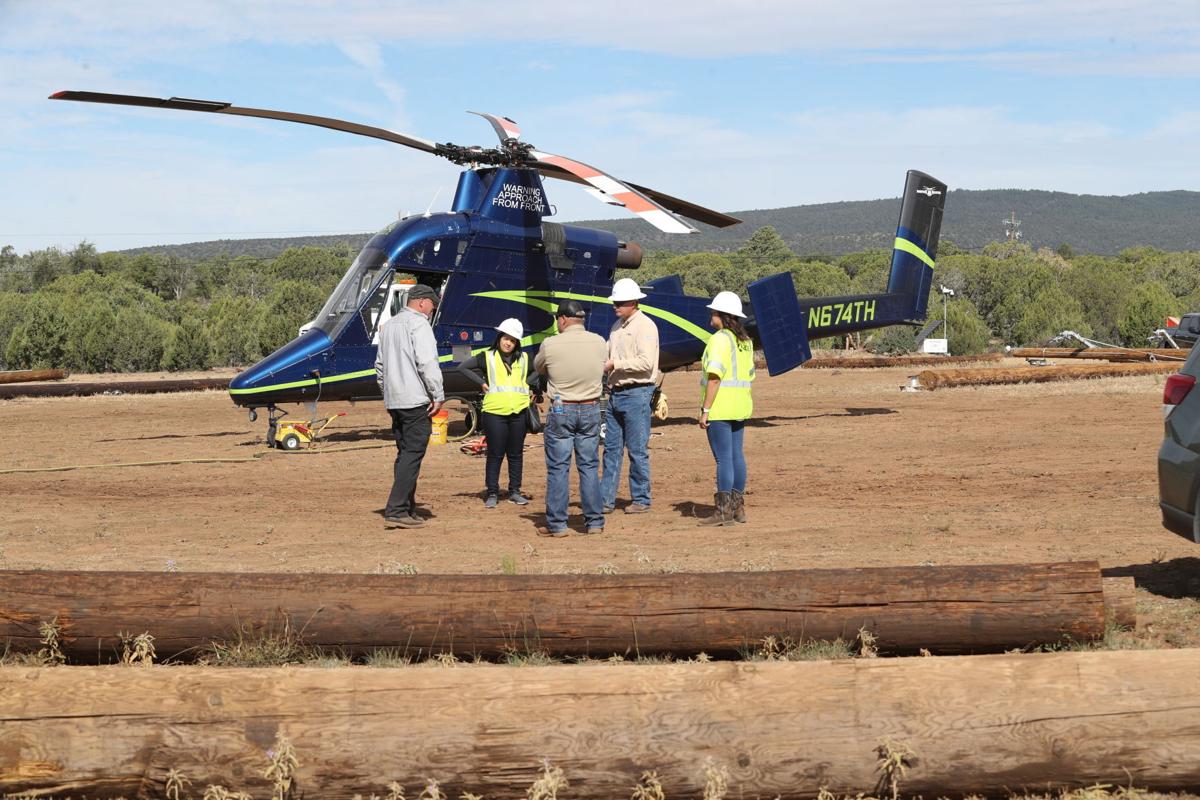 APS employees and a helicopter pilot discuss the next step in the project to replace 180 power poles and improve a distribution line between Payson and Pine-Strawberry. 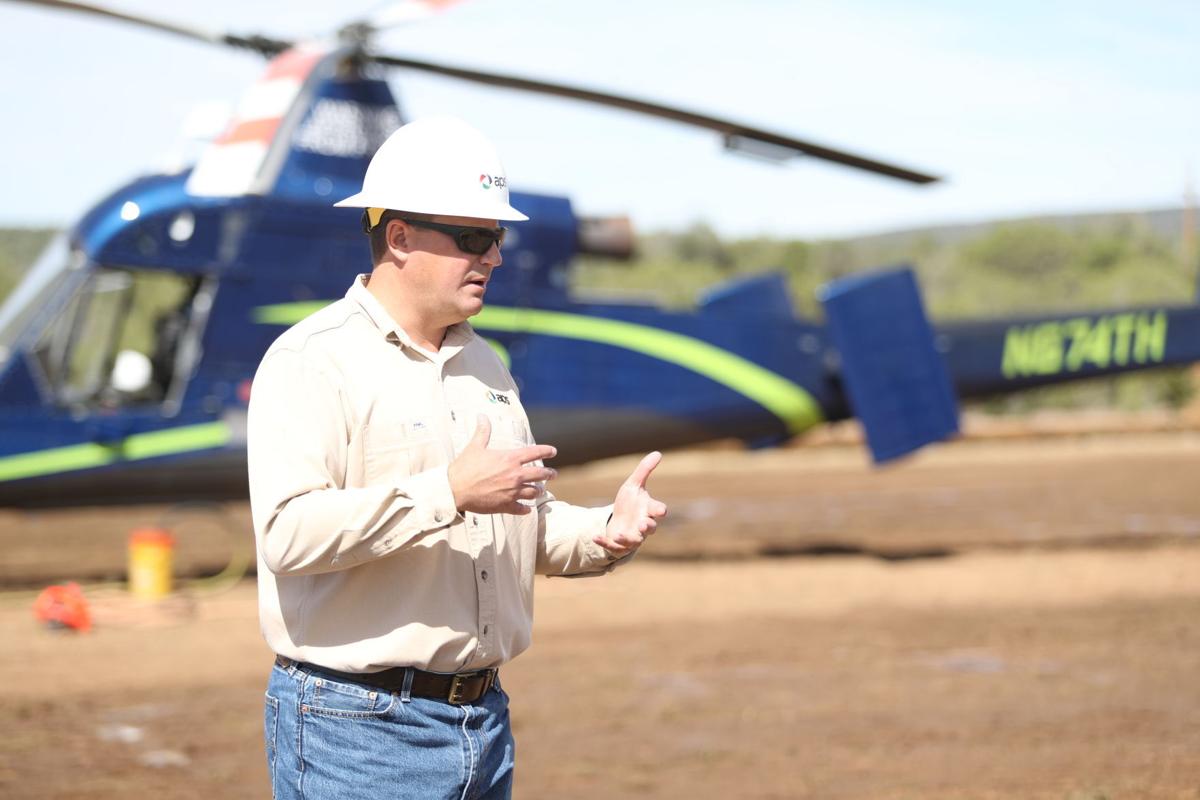 The APS project reduced traffic on a portion of SR 87 between Payson and Pine to one lane, causing delays for motorists.

APS contracted with Timberline Helicopter to remove and replace 180 power poles. The power company regularly upgrades its grid, but in the summer APS has an additional protocol to protect communities from wildfire.

APS employees and a helicopter pilot discuss the next step in the project to replace 180 power poles and improve a distribution line between Payson and Pine-Strawberry.

A major APS project that frustrated motorists for three days last week by reducing traffic on a portion of State Route 87 between Payson and Pine to one lane should reduce the frustration of customers in the future.

The project to rebuild and improve a distribution line that runs from Payson to the Pine-Strawberry communities involved a helicopter replacing power poles from Monday, June 7 through Wednesday, June 9.

The project, scheduled to wrap up in September, involves replacing 180 power poles over a stretch of about eight and a half miles.

“This is an old power line,” said Neil Traver, APS division manager for northeastern Arizona. “We’re putting new poles in, reconductoring, meaning we’re putting a bigger wire size into the poles so that we can have an additional capacity to serve the customers around here.”

They contracted the helicopter work to Timberline Helicopter, a company that specializes in moving heavy equipment.

“The helicopter work has been going on for a couple of days now and this is likely to be the last day of helicopter work if everything goes smoothly today until September,” Traver said on June 9.

“A lot of this work we can’t do it with normal trucks, we have to do this with helicopters because of the rugged terrain and we have to walk in to the individual poles and dig holes that way,” Traver said. “So, this is a significant project for us. It’s going to be a great benefit to the Payson/Pine-Strawberry areas. This is going to be a fantastic project for us because it’s going to allow us to have extended capacity.”

And that’s important with the population growth in Rim Country and across the state.

“Arizona’s booming significantly and this is going to allow us to better serve our customers,” Traver said. “It’s going to allow for a redundancy in that if we have potential outages in the future, we can feed from one direction or the other. So that if we were to have an outage somewhere in the Pine-Strawberry area, this line has been here for a long time but the capacity hasn’t been sufficient to allow us to feed both the northern Payson area as well as the Pine-Strawberry area at the same time off of this line.

“When we’re done with this, we’ll be able to do that — both directions. So if there’s a fault somewhere along one way or the other we can back feed from another direction and get more customers on quicker. It’s a really exciting project for us.

“And then in September, we’re going to have another span that we need to do all via helicopter again on this same project.

“One-hundred-eighty poles is a significant project, so it’s going to be going all the way through until the fall. In the fall, we’re hoping to have this thing energized and ready to go. The real project, once it’s lit up and in service in the fall is really going to allow us to have the better service for our customers.”

Traver said there are many challenges in such a project.

“This is quite the engineering feat to be able to put all these poles out in these rugged terrains, build it out so that we can have helicopters fly these, etc.,” he said. “For this helicopter work for the past couple of days we’ve got four crews working on this and 22 apprentices working on this, in addition to engineering, safety, our safety coach program, the crew foremen, etc., there’s a lot of people working on this particular three-day process.”

Traver said once the project is complete, it should reduce the length of power outages.

“It’s not likely that it’s going to eliminate all outages in the future, we’re always going to have those types of things, but it’s going to allow us to be more resilient, more responsive to our customers,” he said. “This is a very exciting project for us.”