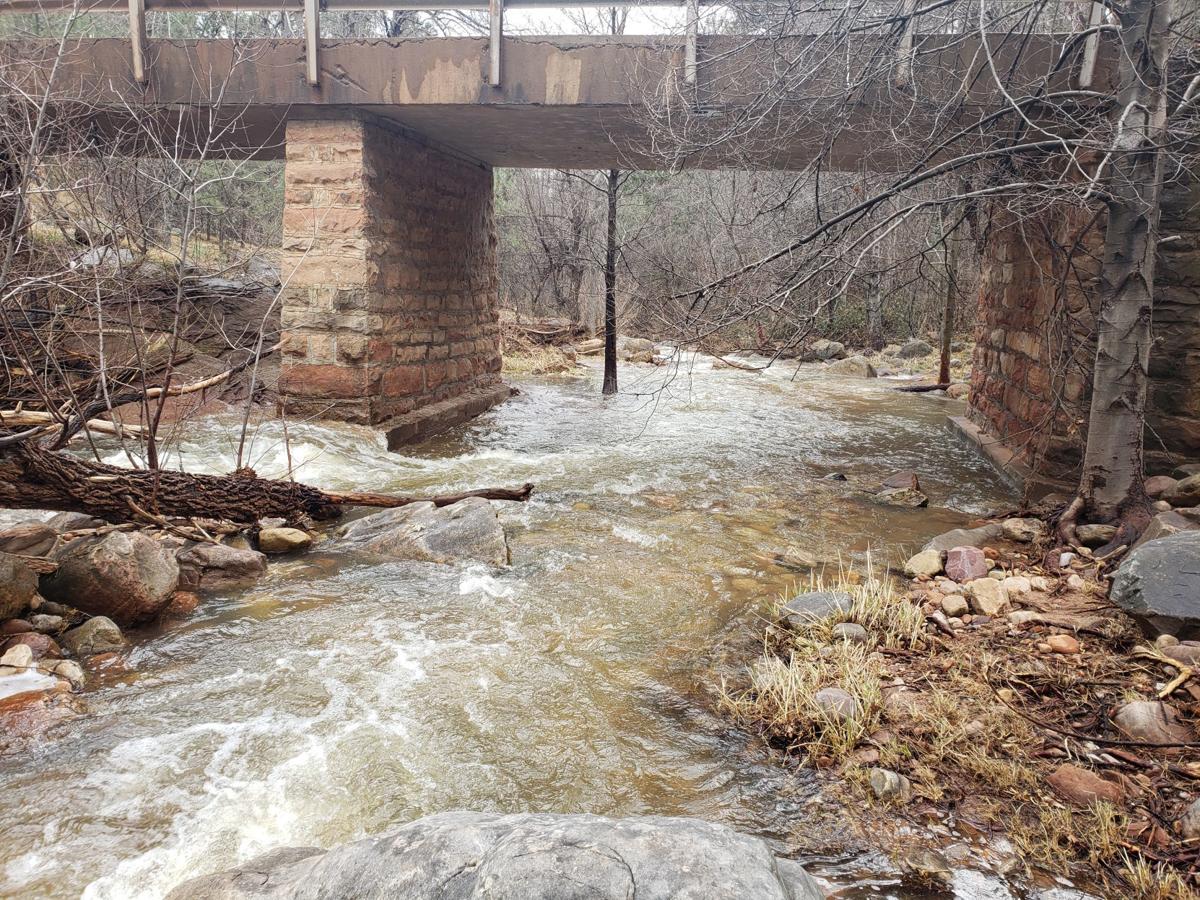 Note the shade and slightly less strong current along the sides of the Tonto Creek bridge abutments. A perfect place for a trout to wait expending less energy while watching for food to come down the current in the middle of the creek. 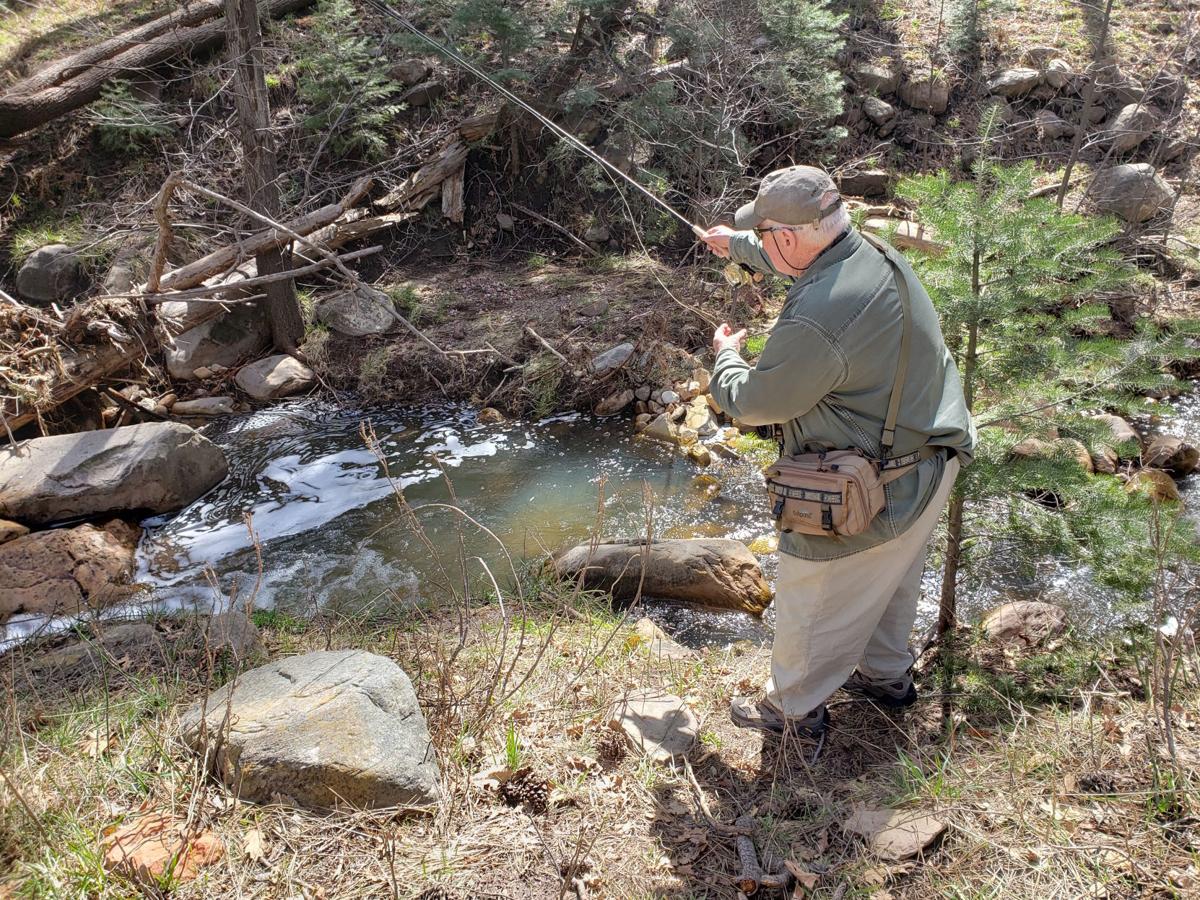 Joe Miller, Gila Trout Chapter of Trout Unlimited president, fishing from high on the bank on the Upper East Verde River to avoid being seen by the trout in that pool. 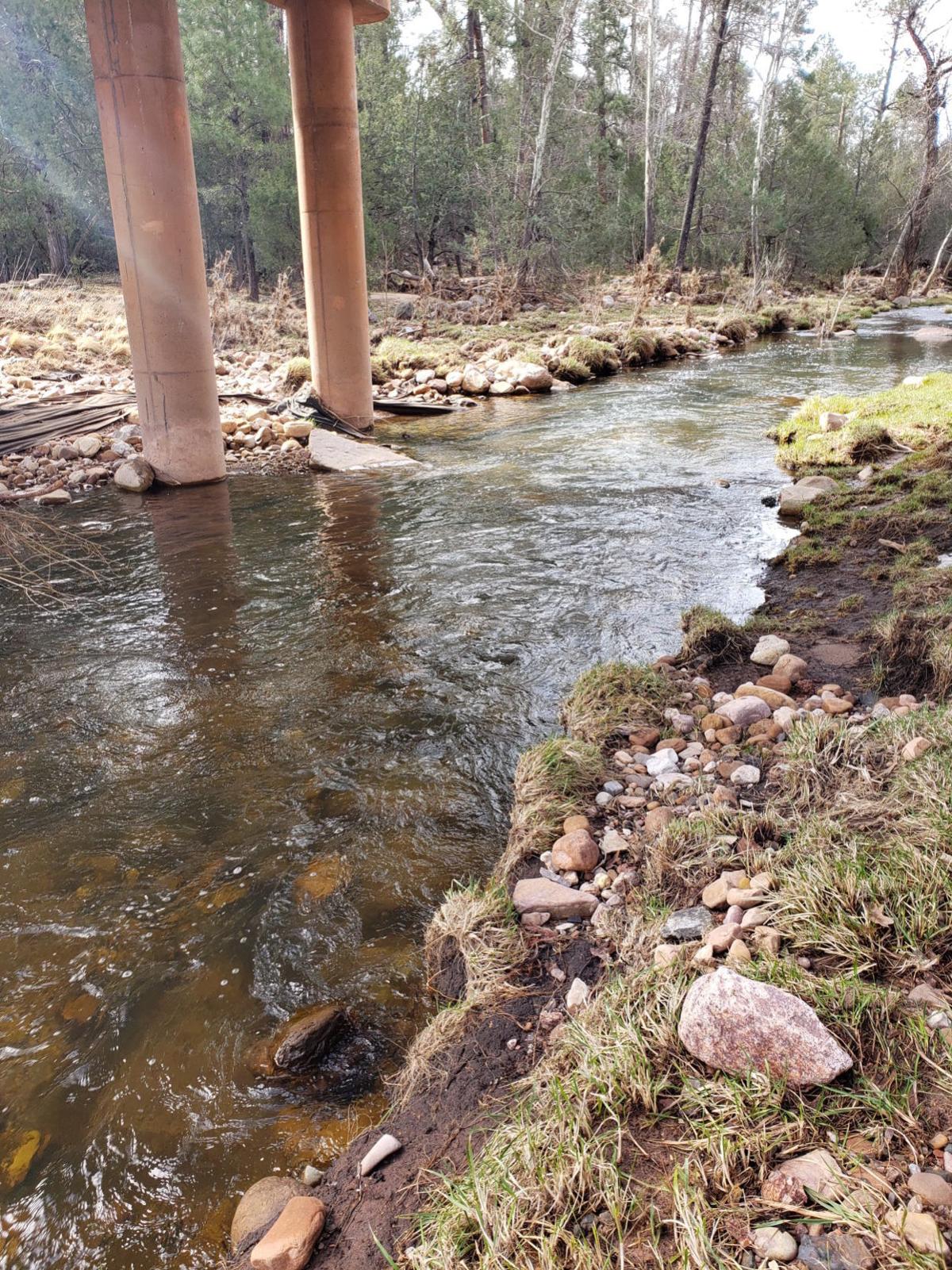 Note the shade and slightly less strong current along the sides of the Tonto Creek bridge abutments. A perfect place for a trout to wait expending less energy while watching for food to come down the current in the middle of the creek.

Joe Miller, Gila Trout Chapter of Trout Unlimited president, fishing from high on the bank on the Upper East Verde River to avoid being seen by the trout in that pool.

This is the third in a series about my fishing mentor, Uncle Bud, and how lessons I learned from him as a child continue to help me catch fish to this day.

Each year when I was a kid, my grandparents rented a cabin for us to spend the first week of summer on Lake Wallenpaupack in northeastern Pennsylvania. While I spent most of my time trolling flies from a rowboat for big bluegills, rock bass, perch, and smallmouth bass, whenever my uncle and aunt joined us, they would fish the small feeder streams for wild brook trout.

On one of these trips, Uncle Bud spotted a trout feeding at the upstream bridge abutment while looking at the creek from the bridge. He noted that there was a worn path down to that spot showing that this trout had survived many anglers probably by ducking under cover as soon as they came stomping down the path.

He had a different plan.

He quietly picked his way down to the creek from the downstream side of the bridge and stepped cautiously into the water. He saw that the trout continued to rise at regular intervals. He knew that he had to make a cast upstream, under the two-lane bridge to the feeding trout. This was a long cast, that required several false casts to get the distance right, and needed precision on the final cast to land it in the spot where the trout was feeding.

Avoid being seen by the trout.

Approach from a unique direction compared to other fishers.

Always give particular attention to bridges. The shadows, ledges, abutments, and often wood debris that piles up are always great places to look for trout.

Test your limits. That cast had to be well over 50 feet. That was beyond my limits when I was a kid, so it was quite impressive. He had no fear in trying it. He would often comment that you are not getting to where the fish are, if you don’t lose some flies along the way.

I am always happy to see a bridge when I am fishing. Trout love cover, and the constant shade of the bridge is very reassuring to them. There is often debris that piles up at the upstream bridge abutment that adds another great hiding place. Most of the bridges in Rim Country that have pools or runs under them have consistently produced trout for me.

Besides being a lefty, meaning I am typically fishing the opposite bank than right-handed fly fishers, I also often fish in the opposite direction. Although I am comfortable fishing upstream, I enjoy fishing downstream. I have to make fewer casts as I reposition the fly in the various currents that I encounter by lifting my rod tip and letting the fly explore another feeding lane.

I learned long ago from Uncle Bud to approach a stream cautiously. That doesn’t mean that I haven’t spooked my fair share of trout, but that it is not uncommon for me to cast to the stream from 10 feet up the bank or from behind a bush or tree.

I can make long, accurate casts, but I really have more fun challenging myself to get a fly into a perfect holding spot for a trout I don’t think another fly fisher will try for fear of losing a fly. That is where a well-placed roll cast or slingshot cast between or under an overhanging branch comes into play.

Yes, I lose the occasional fly, but I love pulling fish out of those tight spots. There are holding spots that I just tip my hat to the trout for picking a place that will produce a constant flow of bugs and never have to fear an artificial fly making it into that tangle.

That is a great reason to tie your own flies. If you know that you can whip up another productive fly at the vise, you don’t mind losing one occasionally.