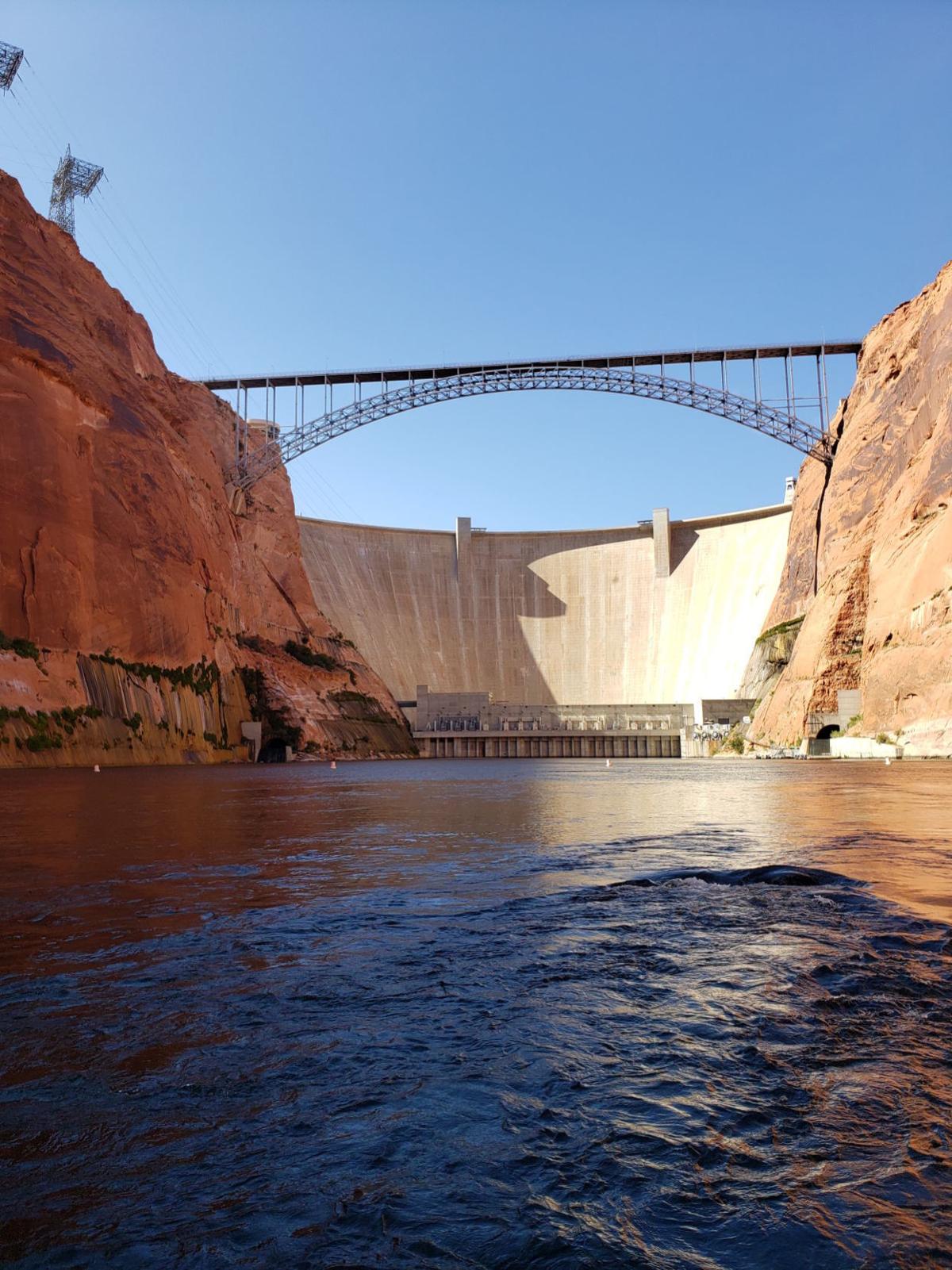 Invasive species from Lake Powell are capable of being transported through the dam to the Colorado River below. These invasive species are harmful to the river’s ecosystem. 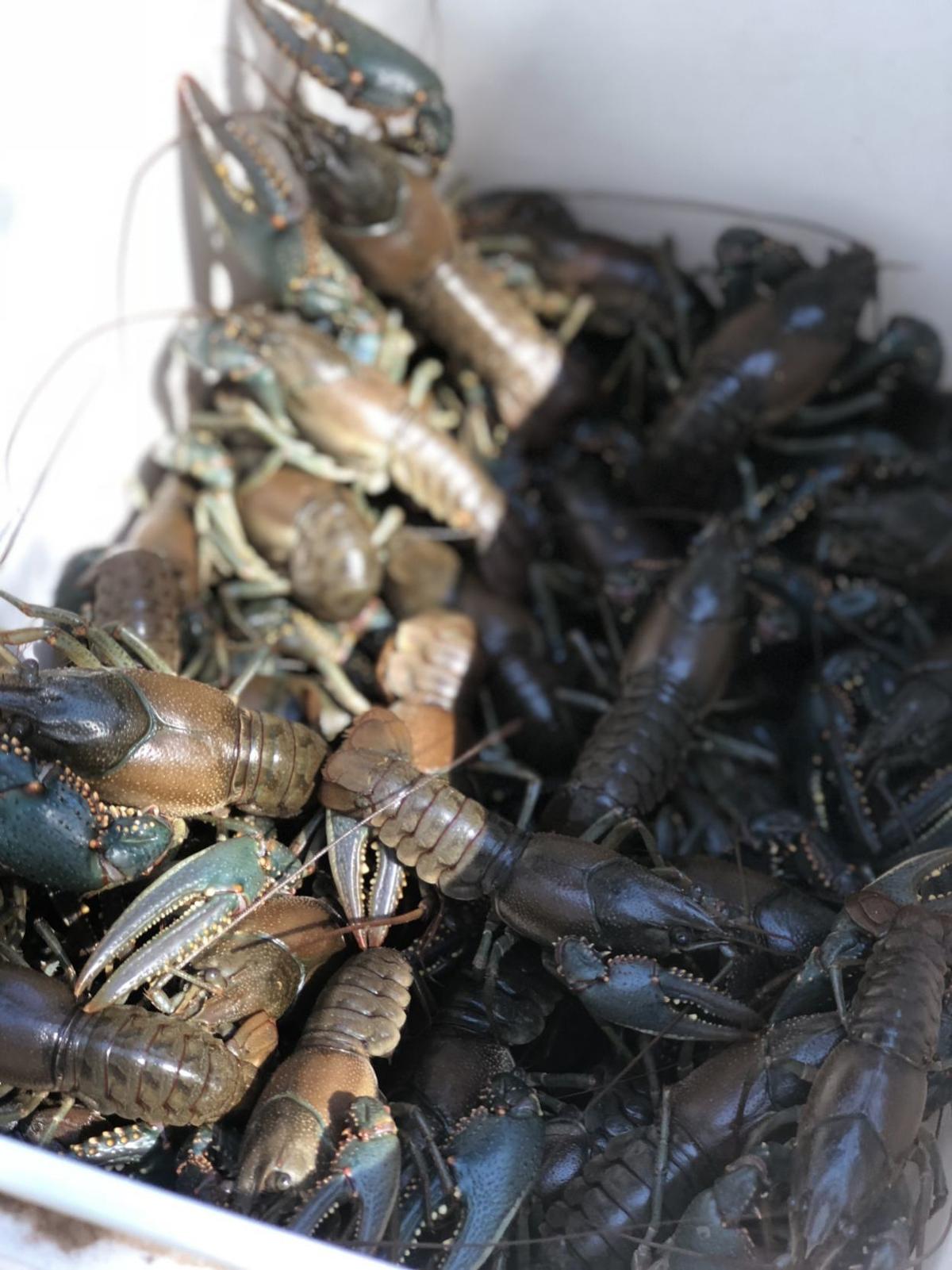 Invasive crayfish compete for food with other more desirable inhabitants of lakes and streams. 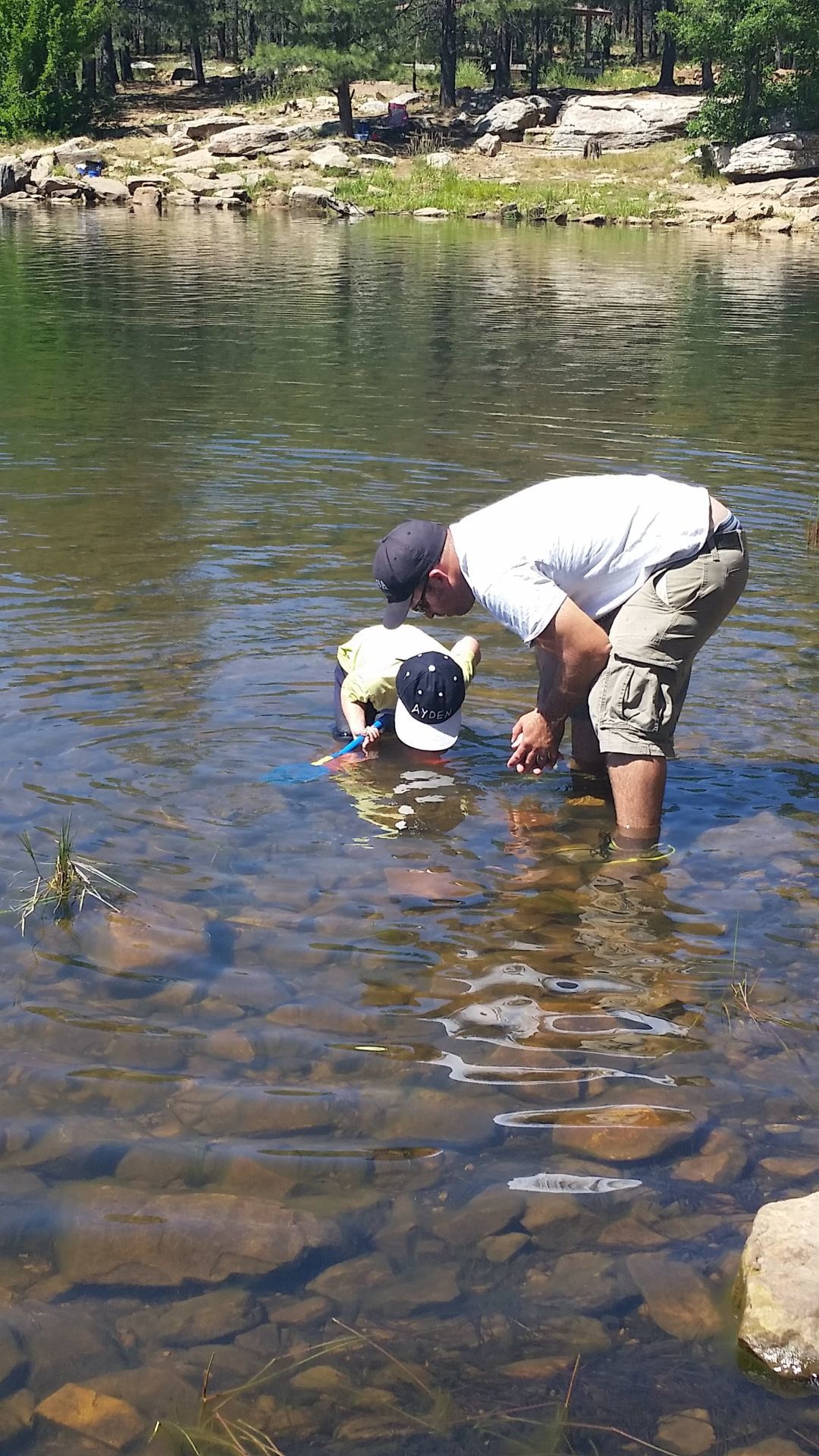 Ayden is quick with the net as he scoops up another crayfish after his dad carefully lifts a rock that a crayfish was hiding under in Willow Springs Lake. Their catch made a great meal that evening.

Invasive species from Lake Powell are capable of being transported through the dam to the Colorado River below. These invasive species are harmful to the river’s ecosystem.

Invasive crayfish compete for food with other more desirable inhabitants of lakes and streams.

Ayden is quick with the net as he scoops up another crayfish after his dad carefully lifts a rock that a crayfish was hiding under in Willow Springs Lake. Their catch made a great meal that evening.

When I was a kid, I knew there were other fish in the creek, but they only became of interest to me when the trout fishing slowed. I would sometimes sit on a rock over a big pool and catch minnows on size 22 hooks with some bread from my sandwich or even put on a worm to try for a sucker.

After studying fish and freshwater environments in college and a lifetime of fishing, I appreciate those other fish in the stream even more. I have a much better understanding of the complexity of those stream, river and lake systems and know how fragile the conditions can be for native species to survive, or how quickly they can get overwhelmed by invasive species that often have no natural predators.

When the Arizona Game and Fish Department (AZGFD) manages our fishing, there are many factors they take into account to provide the best fishing, while ensuring the conditions for native populations are successful. This not only includes considerations for fish but also other animals like the waterfowl, reptiles, amphibians, and mammals in and around the water. That is a monumental task that we can and should help with.

One way that we can help is by avoiding the introduction and spread of invasive species. We must do our part to minimize the impact of this threat.

As an example, two common invasive species that have overrun many of the waters in Rim Country are crayfish and green sunfish. If you fish the Rim lakes, you can see that these invasive species are outcompeting native species for the plants and aquatic insects that are also important for the growth of trout in those lakes.

We did that! What seems like an innocent attempt to improve fishing can lead to devastating consequences.

Another example that on the surface would seem to cause no harm is an illegal practice I have seen at Green Valley Park. Folks will catch bluegills out of the Green Valley lakes and take them to Roosevelt Lake to use as live bait for catfish.

Yes, Roosevelt Lake has bluegills in it, so it would seem that transporting a fish that is already in the lake would be no problem. Unfortunately, when you transport fish, you also are moving the water, plants, and other organisms to a new body of water. You could inadvertently transmit a parasite into your favorite lake.

My last trip to Lees Ferry made that point on several fronts. Being the bug guy that I am, I am always turning over rocks and looking through the plants in the water to see what the fish are eating. In the past, it was not uncommon for me to find handfuls of scuds (a delightful morsel for trout) in my informal sampling. This last time I found very few scuds, but instead high numbers of two competing invasive species that trout do not eat — mud snails and quagga mussels.

These snails and mussels could have been transported by fishermen’s boots, or perhaps they came through the dam by way of boats on Lake Powell that were not properly cleaned after visiting a contaminated lake somewhere else.

Another threat to trout at Lees Ferry and elsewhere is whirling disease. There is a sign at the walk-in area with information about precautions to take to protect against the spread of whirling disease.

Whirling disease is a parasite that is transmitted by way of organisms that live in the mud at the bottom of some creeks and rivers. The parasite finds its way into the trout’s nervous system, causing fish to whirl in the water.

This parasite can be carried from one body of water to another by anglers. This is another reason not to transport live fish. Fishing equipment is a major cause of the spread of this parasite. Felt bottomed waders are a notorious culprit as they provide a great environment for the parasite to live while being moved to a new stream, but even regular boots can transport invasive species. It is important to clean your boots and equipment with a bleach solution and thoroughly dry them before fishing in a new location.

Even stuff from aquariums can cause problems in streams, lakes and rivers.

If you have ever noticed a gob of what appears to be pink bubble gum on a reed stalk along the Salt River you may have seen the eggs of the invasive apple snail from South America. These snails have no natural predator in Arizona, so outcompete the other aquatic snails in the river that have been a great food source for the fish. Not even crayfish eat apple snails, and crayfish eat everything! One apple snail can produce 15,000 young each year. If you see their egg masses, you can help out by knocking them into the water where the eggs will drown, thus slowing their production.

Some favorite aquatic plants for aquariums — elodea or hydrilla — if tossed into a lake or pond will quickly overtake the aquatic plants in the lake and often become an impenetrable floating mat.

The point of all of this is that some seemingly harmless actions can have a devastating impact on our favorite fishing locations for years to come. We all need to do our part to protect the valuable fishing resource we have in Arizona.

It is illegal to stock fish or aquatic wildlife including crayfish, frogs, waterdogs and turtles. Illegal fish stocking, and everything else moved along with them–plants, mussels, viruses, harmful algae, etc.–threaten the quality of fishing waters. These introductions jeopardize the productivity and possibly the existence of fisheries–in effect stealing your future! If you observe or know of someone stocking Arizona waters, report it to Operation Game Thief at 800-352-0700. Information leading to an arrest may be rewarded up to $1,000. Anyone found guilty of illegally stocking fish or aquatic wildlife may be subject to revocation of hunting and fishing privileges and civil assessments to remedy the impacts of their illegal acts-possibly costing hundreds of thousands of dollars.

Preventing the spread of Whirling Disease

Whirling disease is a parasitic infection that attacks juvenile trout, eventually killing them. The disease is transmitted primarily by infected fish or fish parts, or fishing equipment and wading gear. Whirling disease is not a human health concern. The Arizona Game and Fish Department continues to monitor and test for any presence of the disease. You can help prevent the spread of whirling disease in the following ways:

• Do not transport live fish or fish parts from one body of water to another.

• Rinse all mud and debris from equipment and wading gear, and drain water from boats before leaving the infected water.

• Allow gear to dry thoroughly before next use.