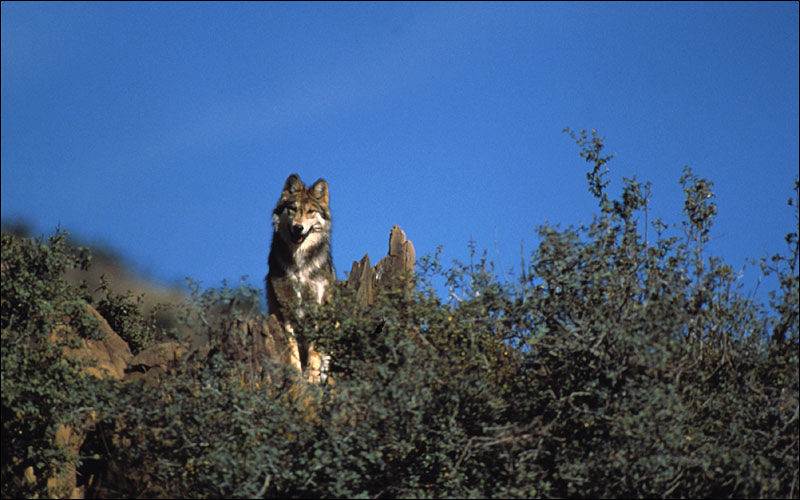 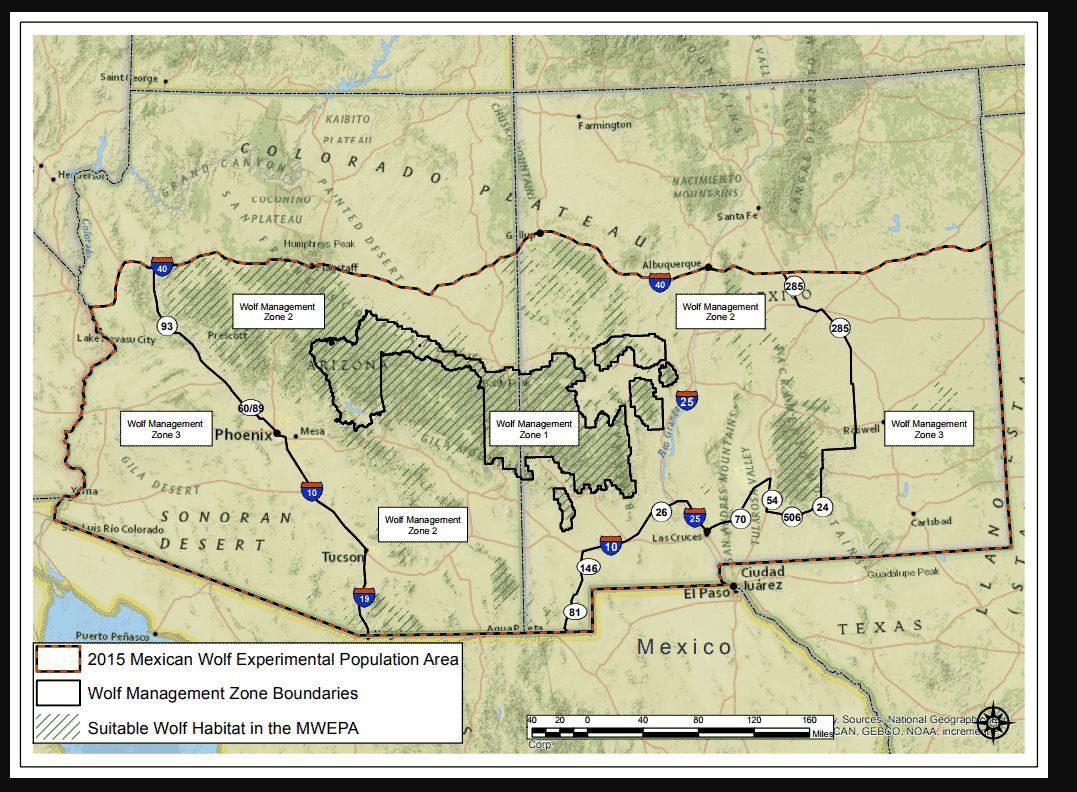 The range war between wolves and humans continues in Arizona and New Mexico, according to the latest report from Arizona Game and Fish.

From January to June, eight wolves died or were killed, out of a documented 2018 population of 131.

The wolf population grew by 12 percent between 2017 and 2018, but the mortalities in the first six months of this year wiped out many of those gains. Most of the deaths remain under investigation, but deliberate killing by humans played a big role. At least one of the wolves was killed by program managers because it had killed cattle.

On the other hand, the wolf packs in Arizona, New Mexico and the White Mountain Apache Reservation have killed at least 88 livestock since January — most of them calves on the open range. A handful of those kills were cows. Another six kills of calves and cows might have been caused by wolves.

Studies show ranchers can dramatically reduce wolf kills if they keep the calves in secure enclosures for some months after birth.

The most recent population study documented 32 wolf packs, plus seven wolves wandering alone — looking for a pack or a mate or unoccupied territory. In the past year, 18 packs had pups — and 16 packs had young that made it through their first year. A total of 81 pups were born and 47 survived their first year.

Only 79 of the wolves in the wild are radio-collared and easy to count and track. Of the total of 131 wolves, 64 were in Arizona and 67 in New Mexico.

Biologists believe another 30 Mexican gray wolves are living in the Sierra Madres in Mexico.

About 280 wolves live in the captive breeding programs.

The June status report detailed a whole series of conflicts between ranchers and the endangered Mexican gray wolves, reintroduced in 1998. Their population has fluctuated, but hasn’t grown much in the past five years — in part due to continued, mostly unsolved shootings.

The wolves killed 16 calves and cows in June alone.

The report detailed one encounter between a cowboy and a pack of wolves near Escudilla Mountain in the Apache-Sitgreaves Forest. The cowboy was riding toward a herd of cattle accompanied by two ranch dogs. The dogs ran on ahead, then turned around and raced back to the cowboy — pursued by several wolves.

The cowboy charged the wolves on horseback. Once he got within 20 feet, the wolves scattered. The cowboy then spotted four other wolves chasing cattle, so he charged them and drove them away as well.

The wolves apparently belonged to the Elk Horn Pack, one of about 13 wolf packs in Arizona and the White Mountain Reservation. The Elk Horn Pack consisted of a breeding pair, plus a younger male and two younger females. It is one of the largest and best established packs.

One of the wolves from that pack was later found dead in New Mexico. The death is still under investigation.

The U.S. Fish and Wildlife Service has in the past several years tried a new system that places wolf pups born in the captive breeding program into the dens of wild wolves. The wild wolves almost always moved their dens after the biologists smuggled in the new foster pups — but then generally raised the introduced pups as their own.

The foster pups have not only boosted the reproduction rate, they’ve also helped foster greater genetic diversity in the sometimes dangerously inbred wild wolves. All the Mexican gray wolves alive today are descended from last seven Mexican gray wolves in the world, which were captured in the U.S. and Mexico in 1977.

Biologists have also been leaving supplemental food caches near many of the wolves with pups — especially the foster families. They’re hoping the extra food will reduce the incidence of wolves preying on cattle, especially calves.

“The survey shows that cross-fostering — taking days-old pups born in captivity and placing them in packs in the wild — is bearing fruit,” said Game and Fish manager Jim deVos.

The U.S. Fish and Wildlife Service has a standing reward of $10,000 for information leading to conviction of someone who illegally kills a Mexican gray wolf. Conservation groups have offered additional rewards of up to $58,000.