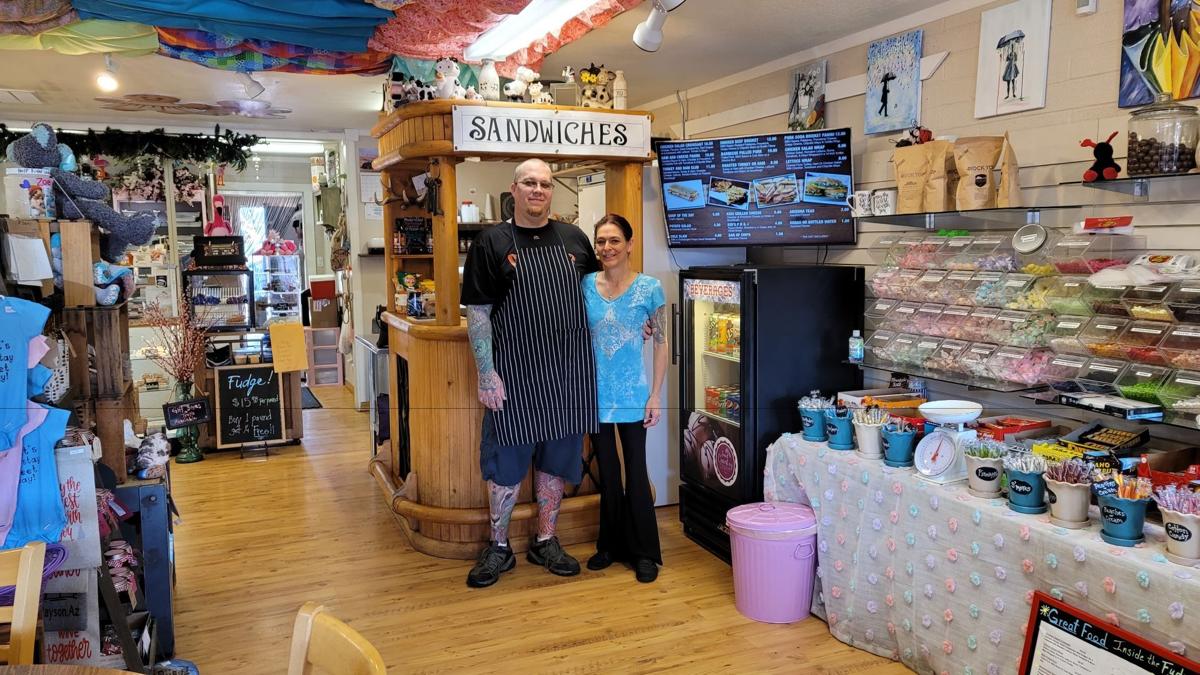 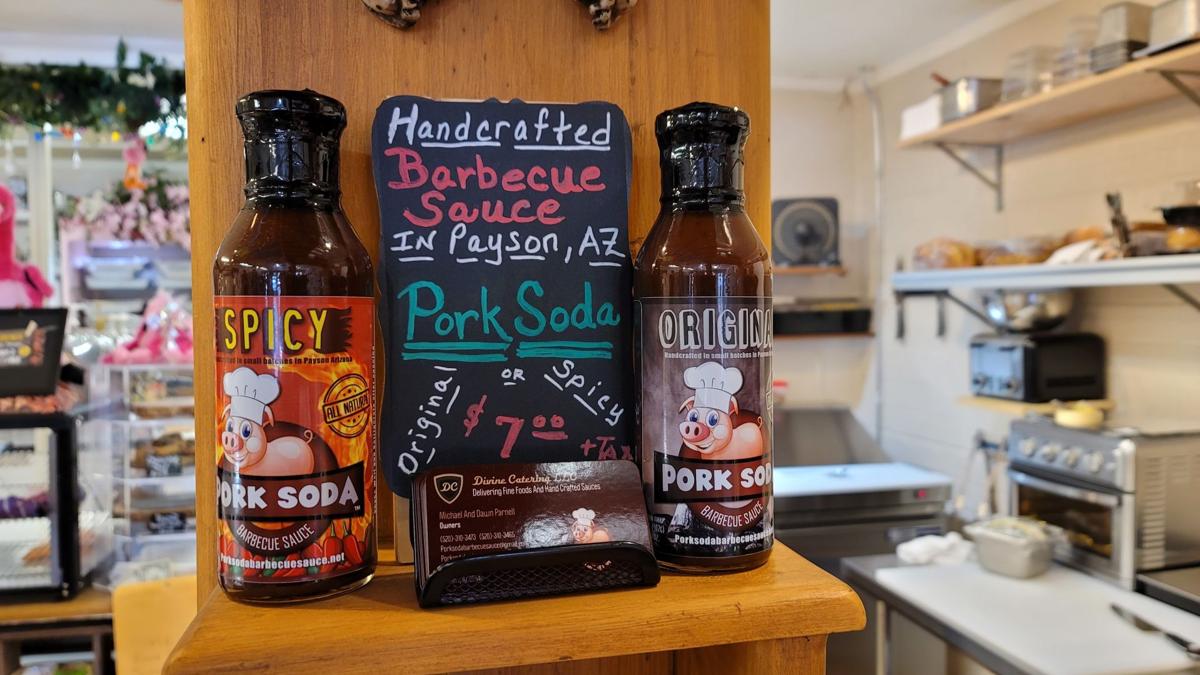 Michael Parnell spent more than a decade perfecting his Pork Soda Barbecue Sauce, which is now available at Divine Catering LLC inside Sweet Country Charm Fudge & Gifts and at the Payson Safeway. 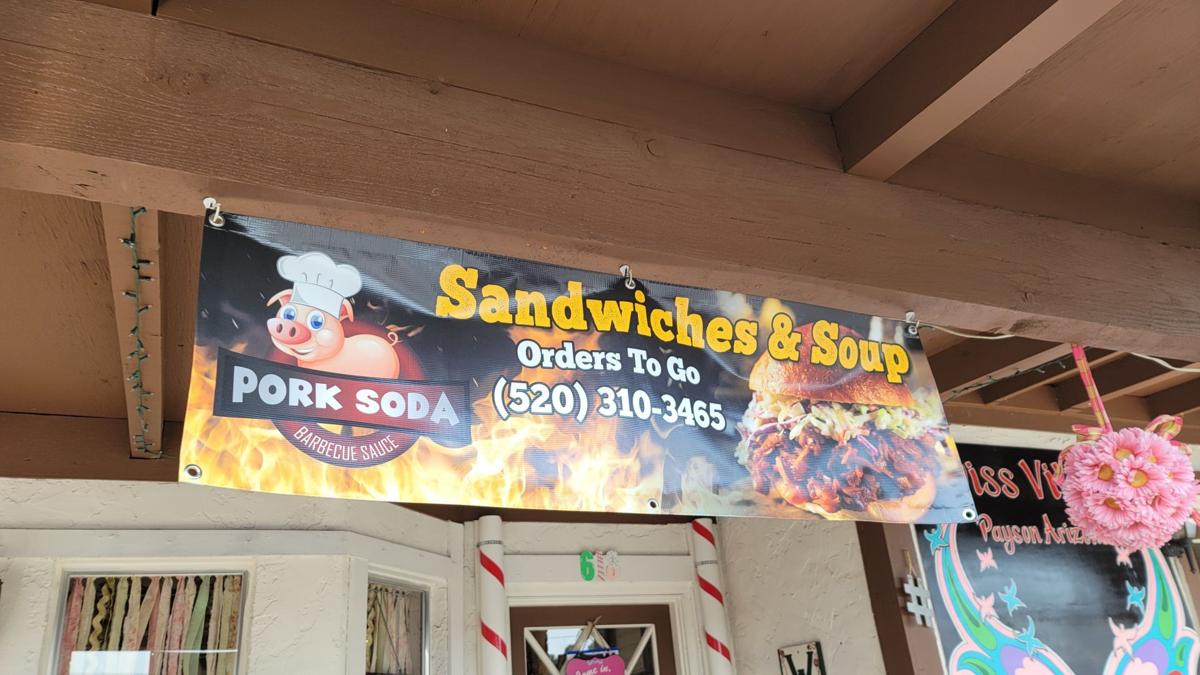 Michael Parnell spent more than a decade perfecting his Pork Soda Barbecue Sauce, which is now available at Divine Catering LLC inside Sweet Country Charm Fudge & Gifts and at the Payson Safeway.

“At least a decade,” the Payson resident said. “There was lots of experimenting.”

That dedication finally paid off when he arrived at the perfect recipe.

You can taste the Le Cordon Bleu-trained chef’s Pork Soda Barbecue Sauce in either original or spicy flavors by stopping by the business he and his wife, Dawn, opened inside Sweet Country Charm Fudge & Gifts in the Swiss Village Shopping Center, 618 N. Beeline Highway. They opened Divine Catering LLC on May 1.

He’s sold his sauce for four years there and it’s now also stocked on the shelves at the Payson Safeway store. Michael hopes to get it into all Safeway stores in Arizona.

“It’s been selling well. We’re working on taking it to all the Safeways in the state. We’ll see where it goes. It took us a year to get the testing on the shelf-life and to get the trademark. It was a process. We went through all the hoops to get into the big box, so we feel pretty fortunate to have all those doors open for us. We’re going to see about expanding that.”

The sauces are “all natural” with no high fructose corn syrup.

Sides include: homemade country style potato salad, coleslaw with poppy seed champagne vinaigrette, the soup of the day, potato chips and drinks that include sodas, water and tea.

He said the smoked brisket sandwich is the most popular sandwich. It features smoked brisket, his original barbecue sauce, roasted poblano peppers, provolone cheese, crispy onions and his own chipotle mayonnaise, all on a rustic filone. He typically smokes the brisket for 12-14 hours, depending on the size of the brisket.

It’s a to-go business, although there are a couple of tables outside you may eat at if you like.

The couple have been in Arizona since 2002.

They moved to Payson six years ago from Tucson, where Michael was the chef at Stone Canyon Club.

“I could either rake rocks or come here,” Michael said. “We love Payson.”

He worked at The Rim Club before opening Divine Catering.

The couple has two sons.