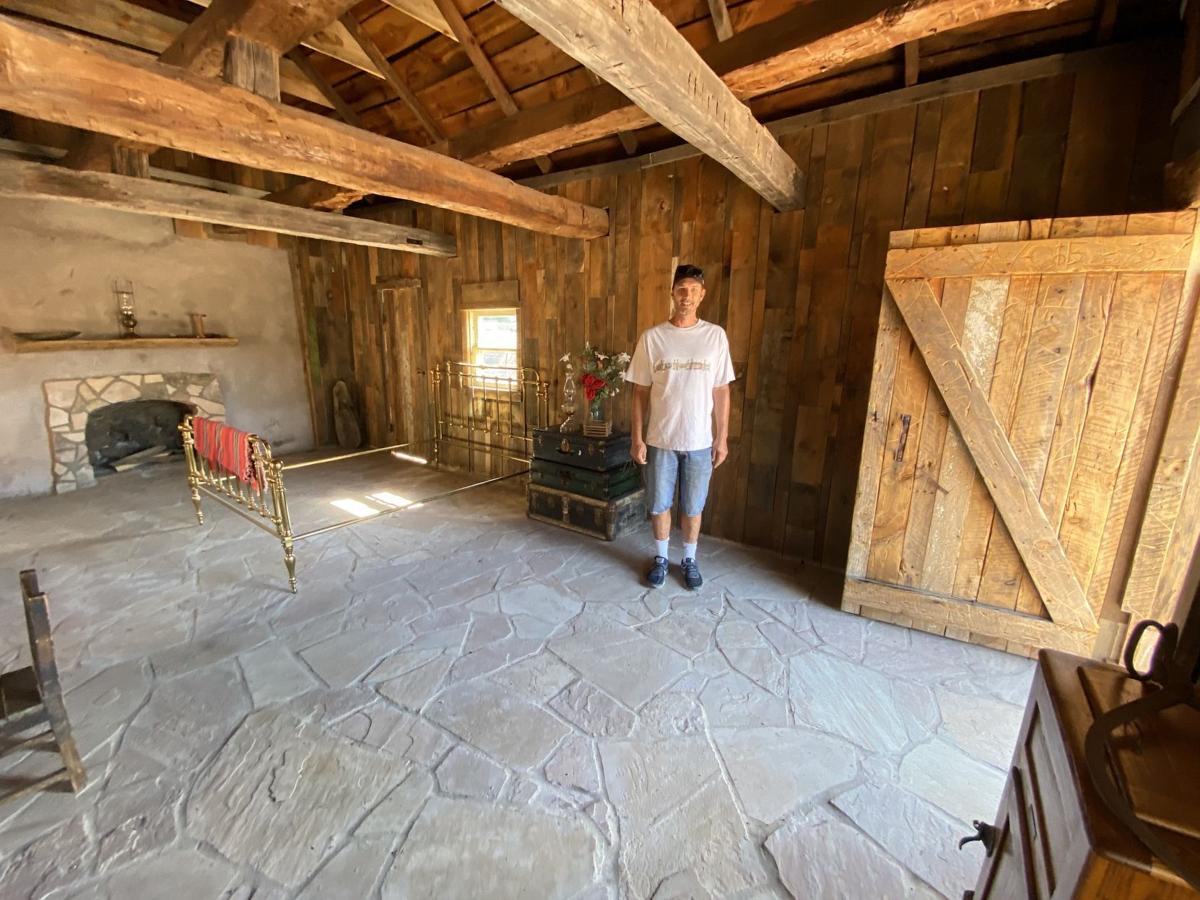 Geoff Wolf and his wife Sandi have restored the mud hut, Payson' original building. They will either rent it out or use it as a gathering place. 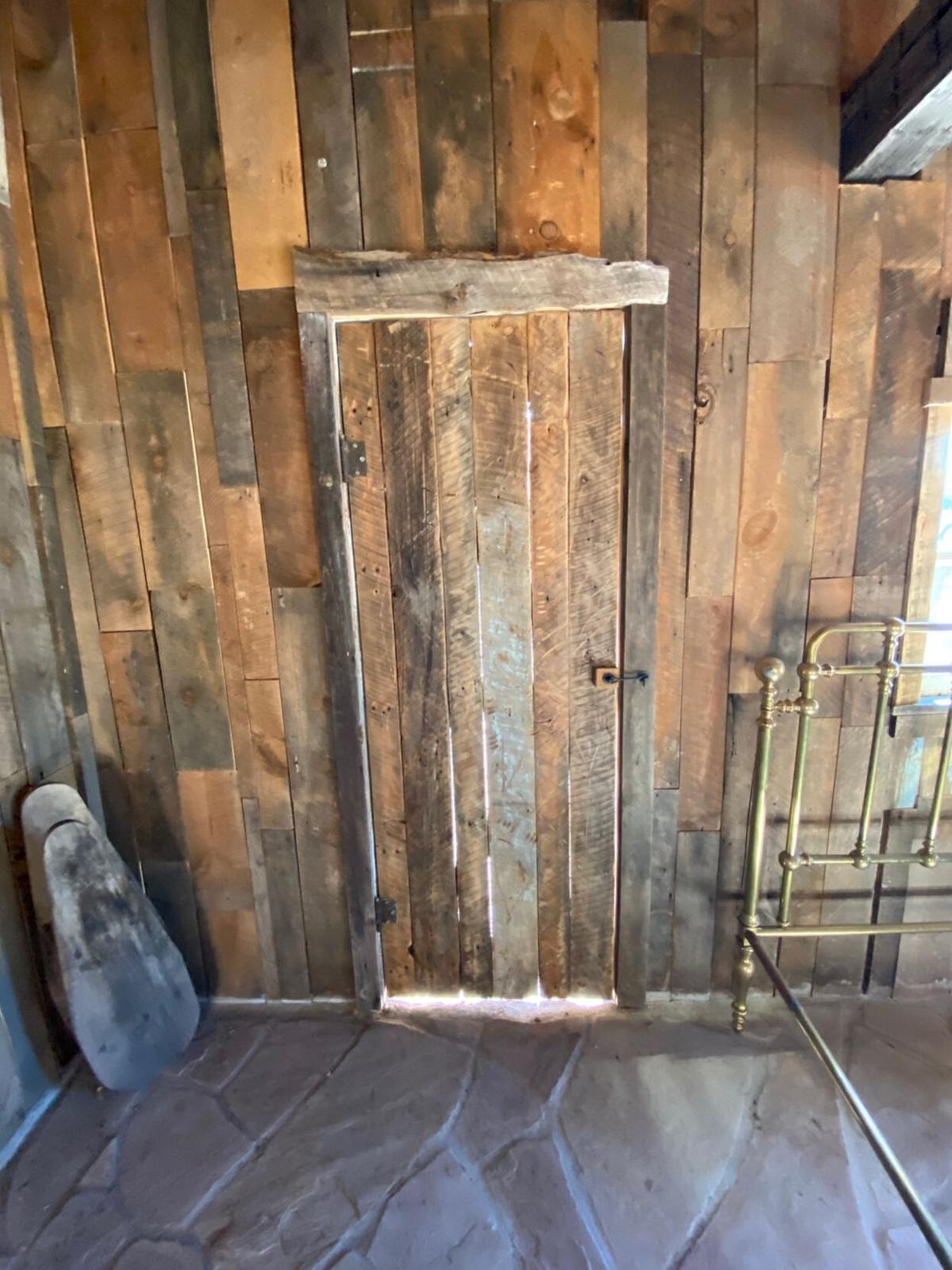 The Wolf's used as much original lumber as they could find to restore the property. This is a side door out of the mud hut. It will lead to an outdoor restroom. 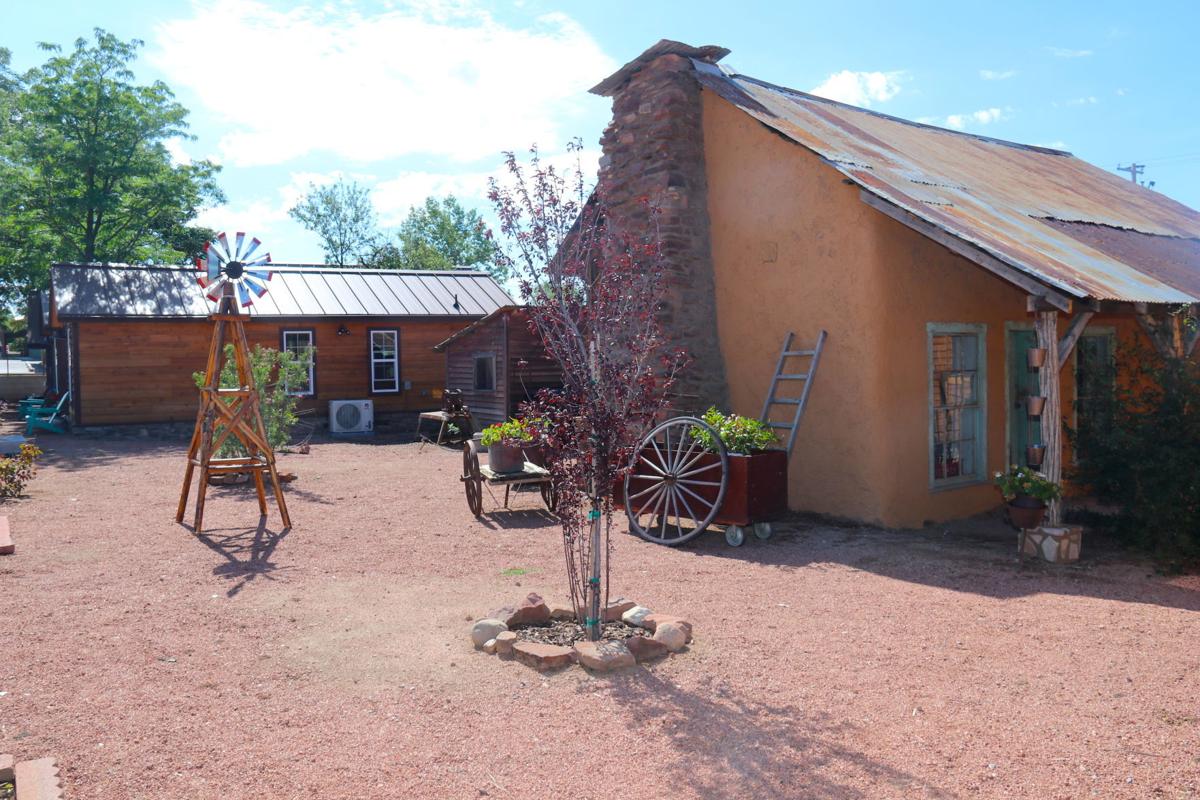 The exterior of Payson’s oldest home, the mud hut on Main Street, is newly restored. The Wolfs have also renovated three buildings to the east of the mud hut. Guests have already started renting out those units. (Below) The interior of the mud hut. 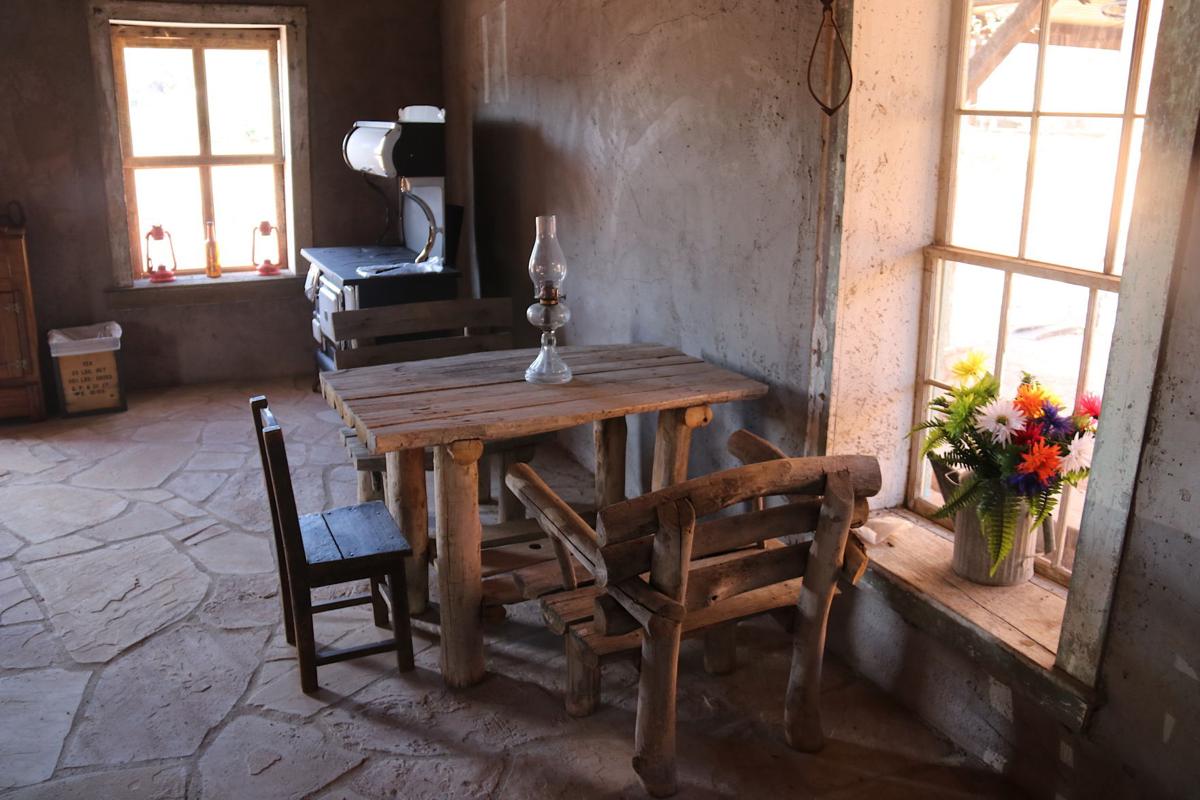 The table, chairs, wood burning stove and a touch of the ice box the Wolf's have used to restore the mut hut's original glory. 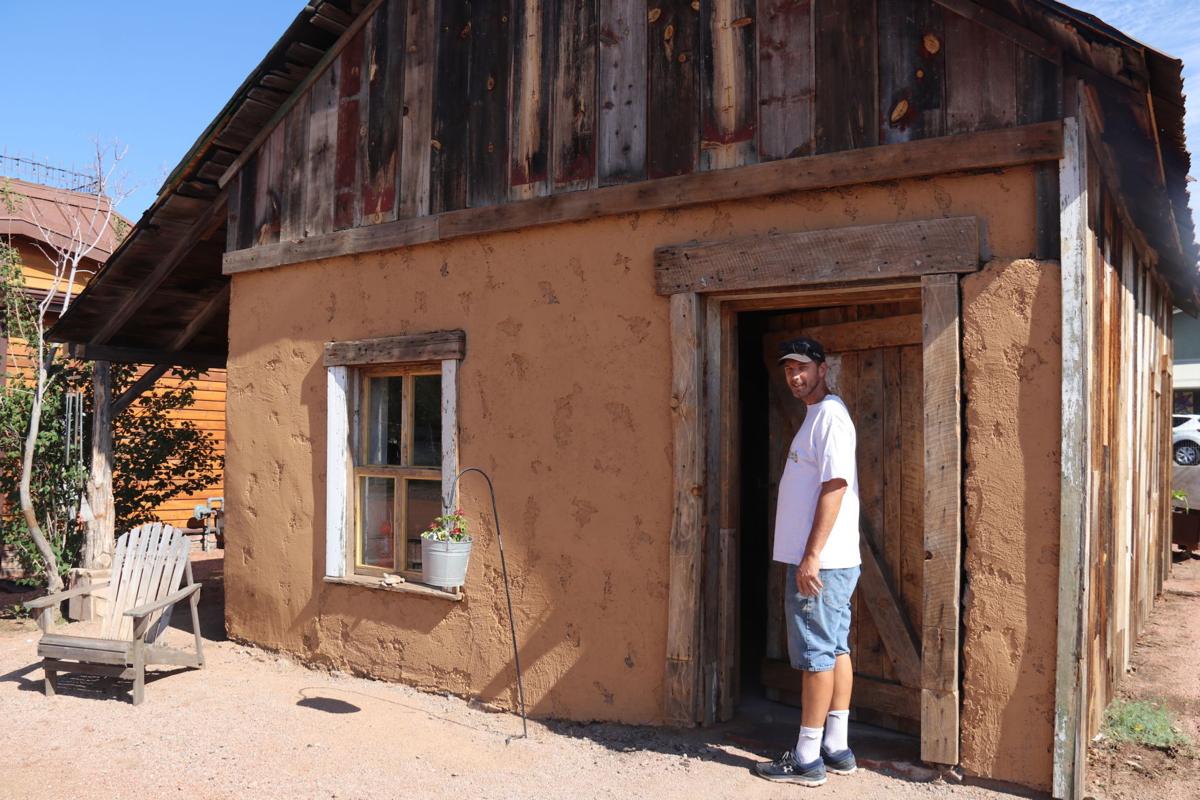 Geoff Wolf invites the visitor to step back in time in his mud hut. 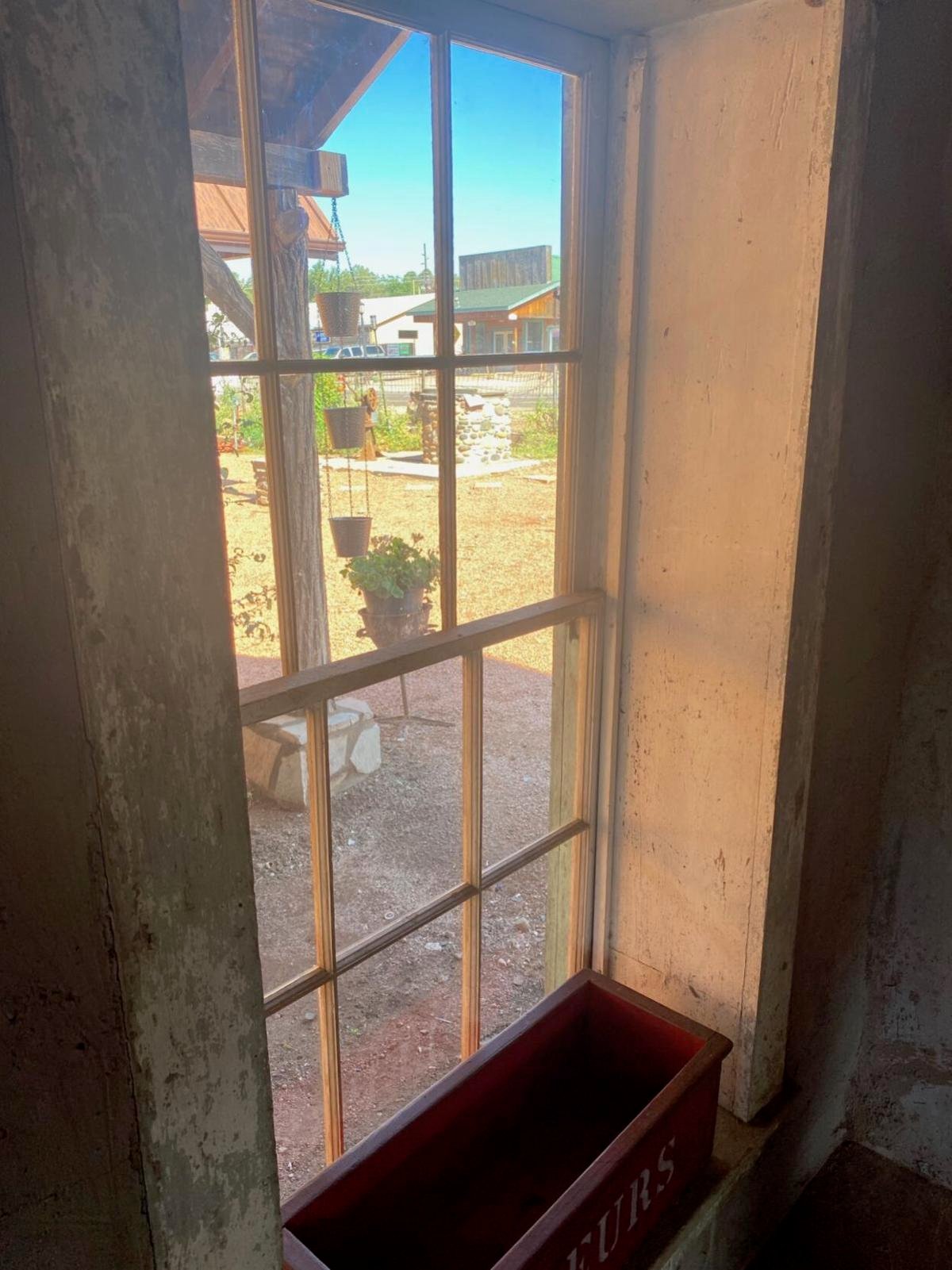 Back in the day, visitors had the same view of Bootleg Alley they have today. 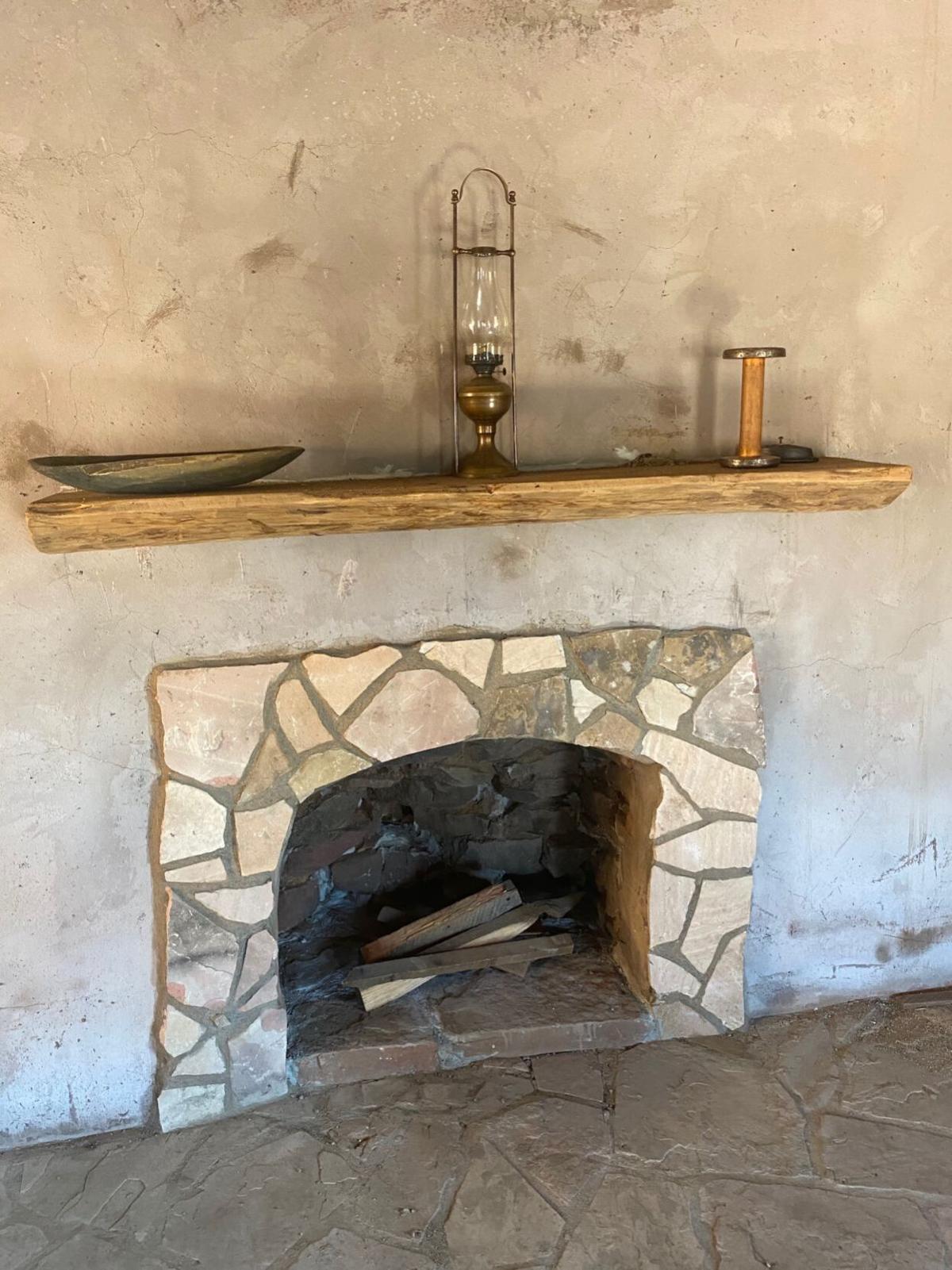 The mud hut’s fireplace will be the only heat. 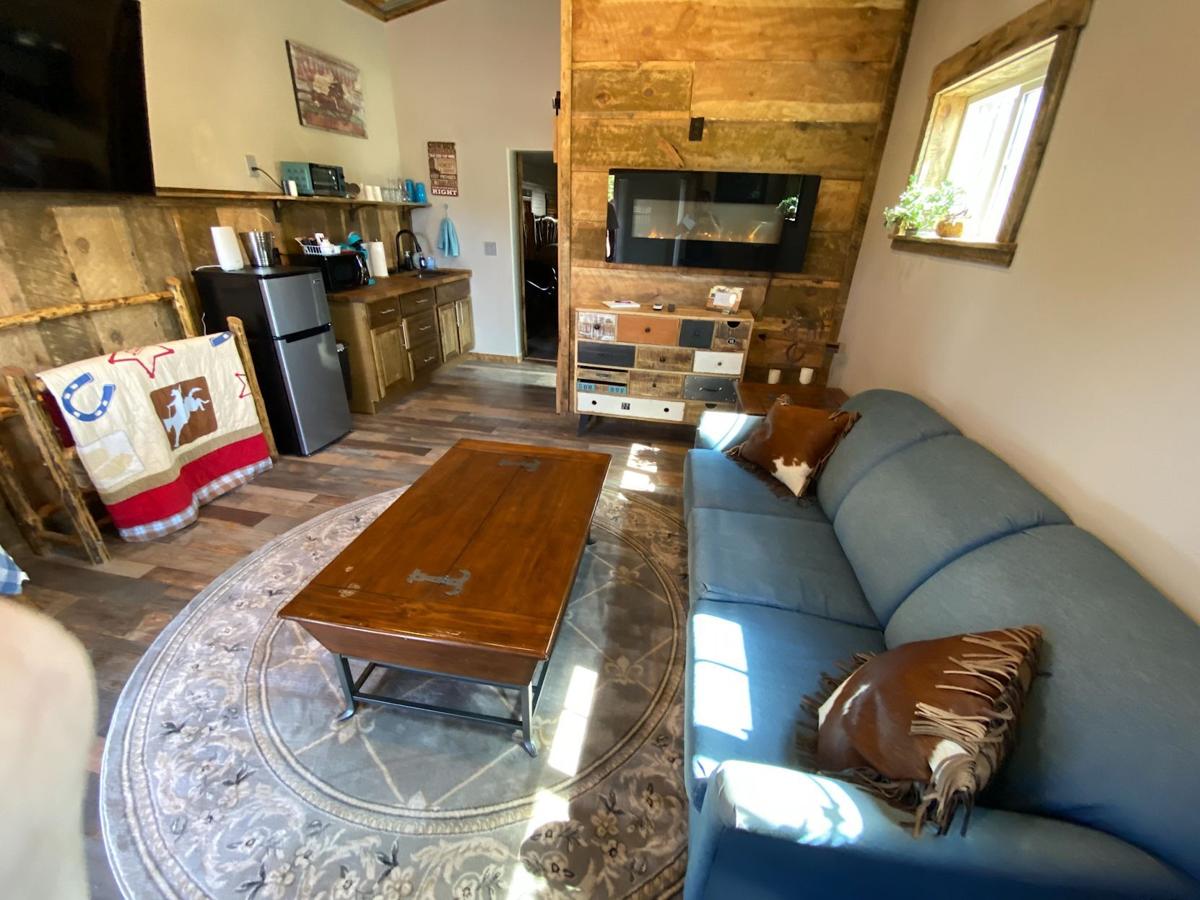 The interior of the largest cabin on the Wolf's property. It has all of the amenities. 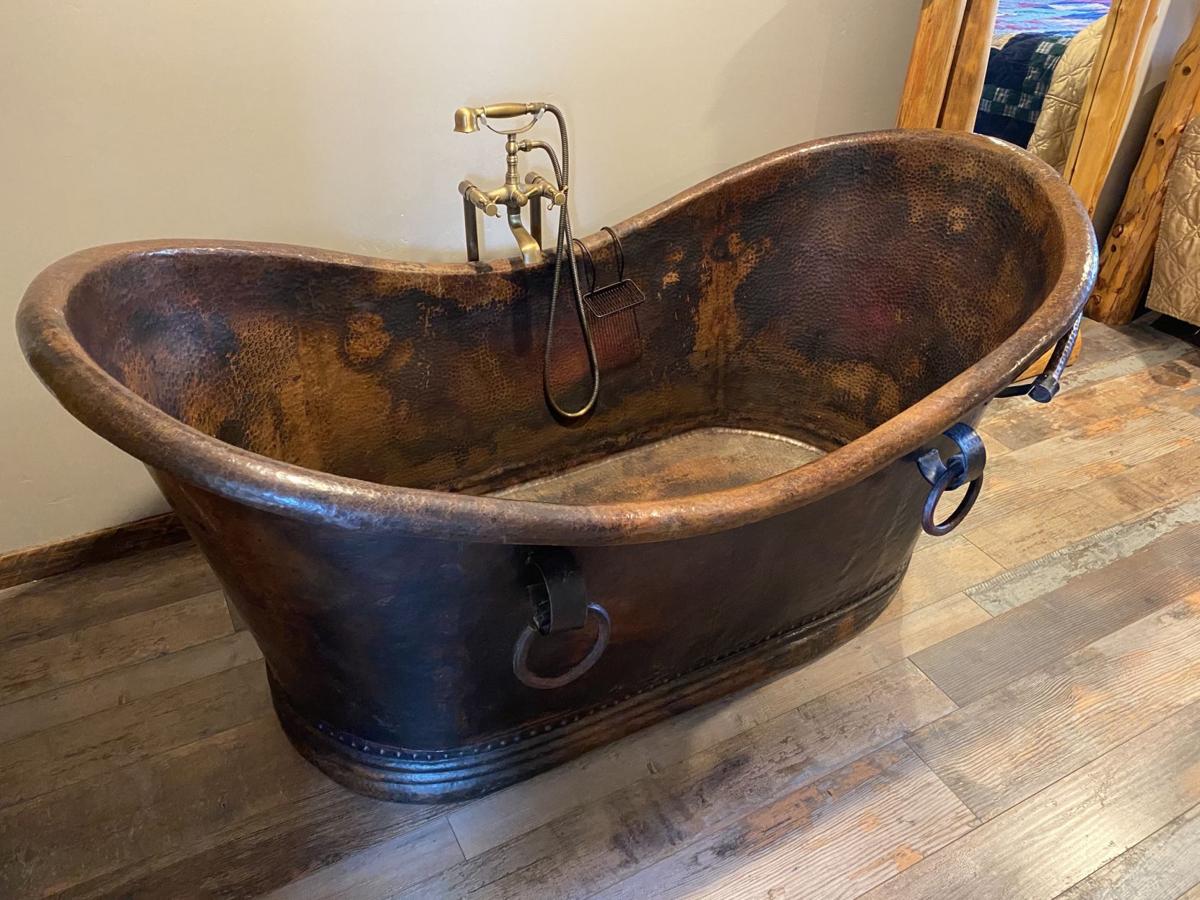 The luxurious copper tub in the large cabin. 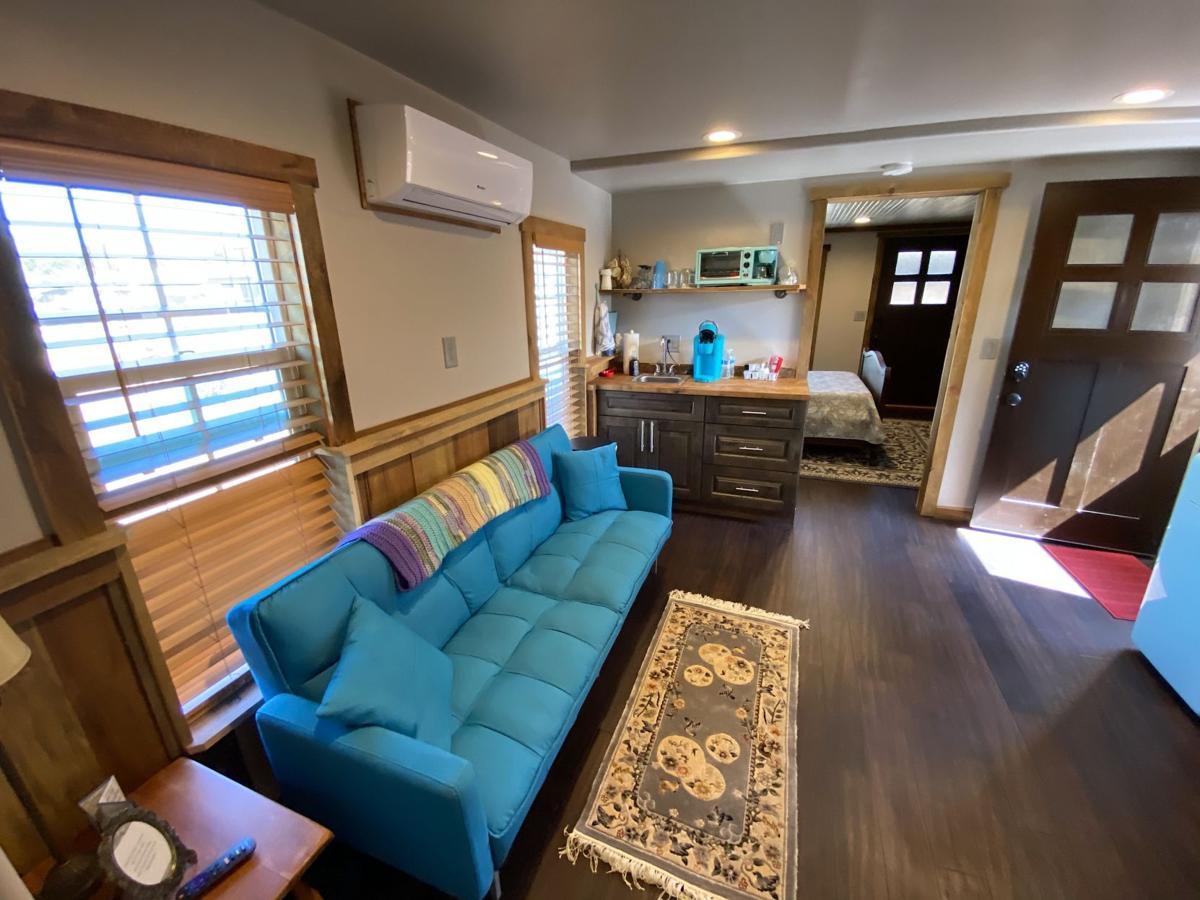 The main room in one of the two smaller units on the property for rent.

Geoff Wolf and his wife Sandi have restored the mud hut, Payson' original building. They will either rent it out or use it as a gathering place.

The Wolf's used as much original lumber as they could find to restore the property. This is a side door out of the mud hut. It will lead to an outdoor restroom.

It’s been decades since anyone lived in Henry Sidles adobe on Main Street, but that’s just about to change ... so long as guests don’t mind going without running water or electricity.

“We already have a waiting list,” said Geoff Wolf, owner of the mud hut next to the Pieper mansion and three other tiny houses on the corner of McLane and Main Street.

He still isn’t sure if a rental is the best purpose for the mud hut, however.

“We might turn it into a chapel,” he said.

According to a plaque in front of the house, the mud hut is the first building in Payson.

The story goes, Sidles had Paul Vogel build the mud hut for him on what would become Main Street.

The next owners, August and Wilhelmina Pieper, bought the property from Sidles in 1889 and lived in the mud hut until they built the mansion later. From that point on, the mud hut either served as living quarters or storage.

When the Piepers died, the family sold the mansion to the Hathaways, who built the three cabins in the 1930s to rent.

In 1945, the future wife of Sandi’s relative purchased the property with her husband, Bill Wilbanks.

After her husband died, Ola Jane married her childhood sweetheart Walter Lazear in 1956. The two lived in the Pieper mansion renting out rooms.

The Wolfs found that out after finding old Republic newspapers stuffed under the floor to stabilize it.

“They had Walter’s name in them,” said Geoff.

After Walter died, Ola Jane lived in the house until 1985. Her daughter then sold the property, and it passed through a few owners’ hands before the Wolfs purchased it in 2017.

Since then, Geoff and his wife Sandi have lovingly restored all five buildings using as much of the original material as they could salvage.

The Wolfs live in the home Sandi’s great-great-uncle Walter lived in. They’ve updated it with modern heating and cooling, wiring and plumbing, plus a roof, new siding the list goes on, said Geoff.

The furnishings in the three cabins include touches such as a copper tub and showers that look like a pebbled river grotto.

The three cabins have TV, internet, kitchenettes and ranch decorations.

Not the mud hut.

The Wolfs went back to the early 1900s. They have purchased several pieces of furniture from the era.

In the middle of the room, a brass bed that uses ropes to hold up the mattress.

“We’re not sure if we want to use the ropes,” said Geoff of the mattress bare bed frame.

Next to the door, an old ice box so small a six pack of beer barely fits, but it’s authentic.

“You open the bottom, use these tongs to put in a block of ice,” said Geoff leaning over the ice box.

He then pulled out the bottom tray where the ice water pools and finally opened the top.

“Not much fits in there,” he said.

Next to the ice box, a newly minted wood-burning stove.

A table and chairs hewn out of logs complete the room.

Battery operated kerosene lamps will offer as close to the original lighting as it can.

The Wolfs have restored the mud hut and covered the walls with stucco, just as the original builder did.

The windows look out at buildings they’ve framed for decades.

The couple didn’t have to rezone the property as it’s zoned for commercial use. But Geoff says his wife “likes restoring Payson history.”

So far visitors have enjoyed living in a bit of Payson’s history. The Wolfs have their property listed as the Cabins on Main on Airbnb and it’s often booked.