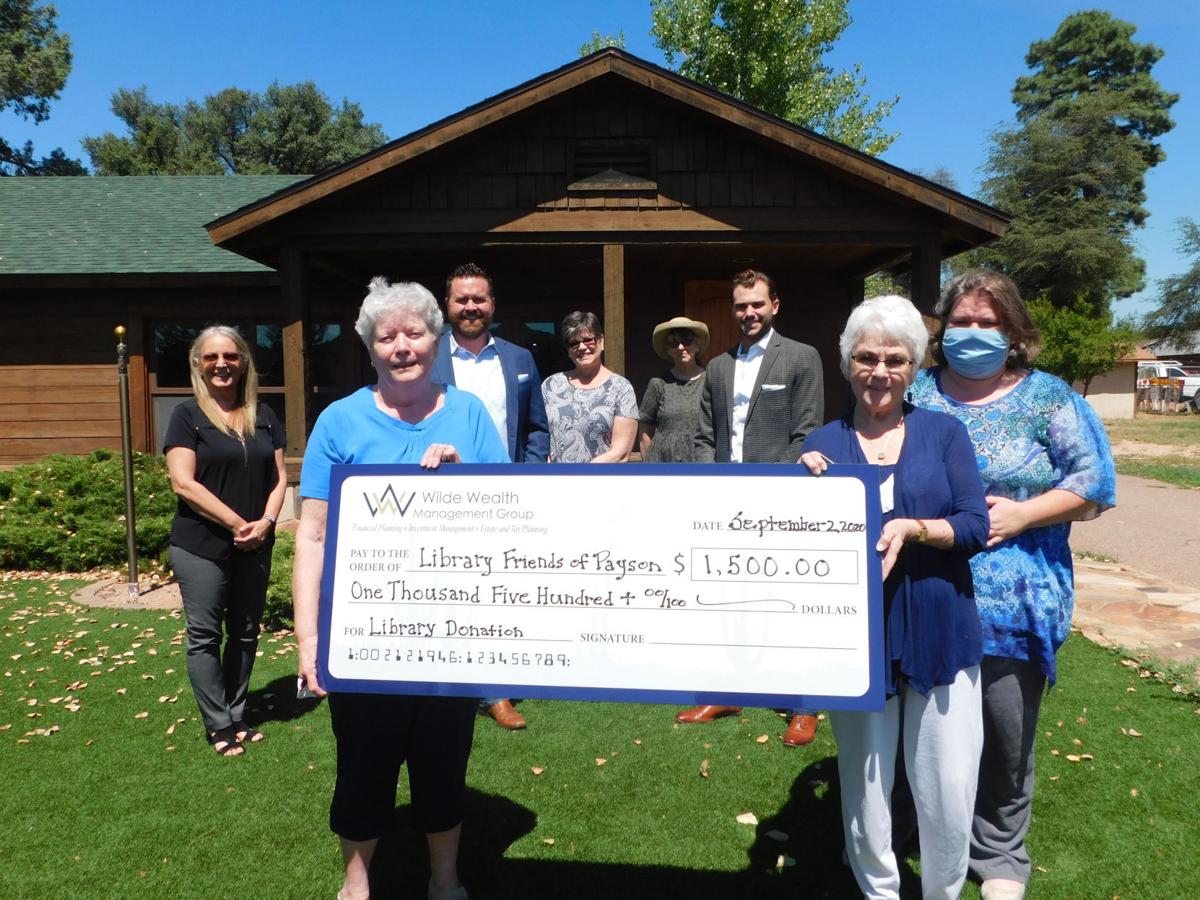 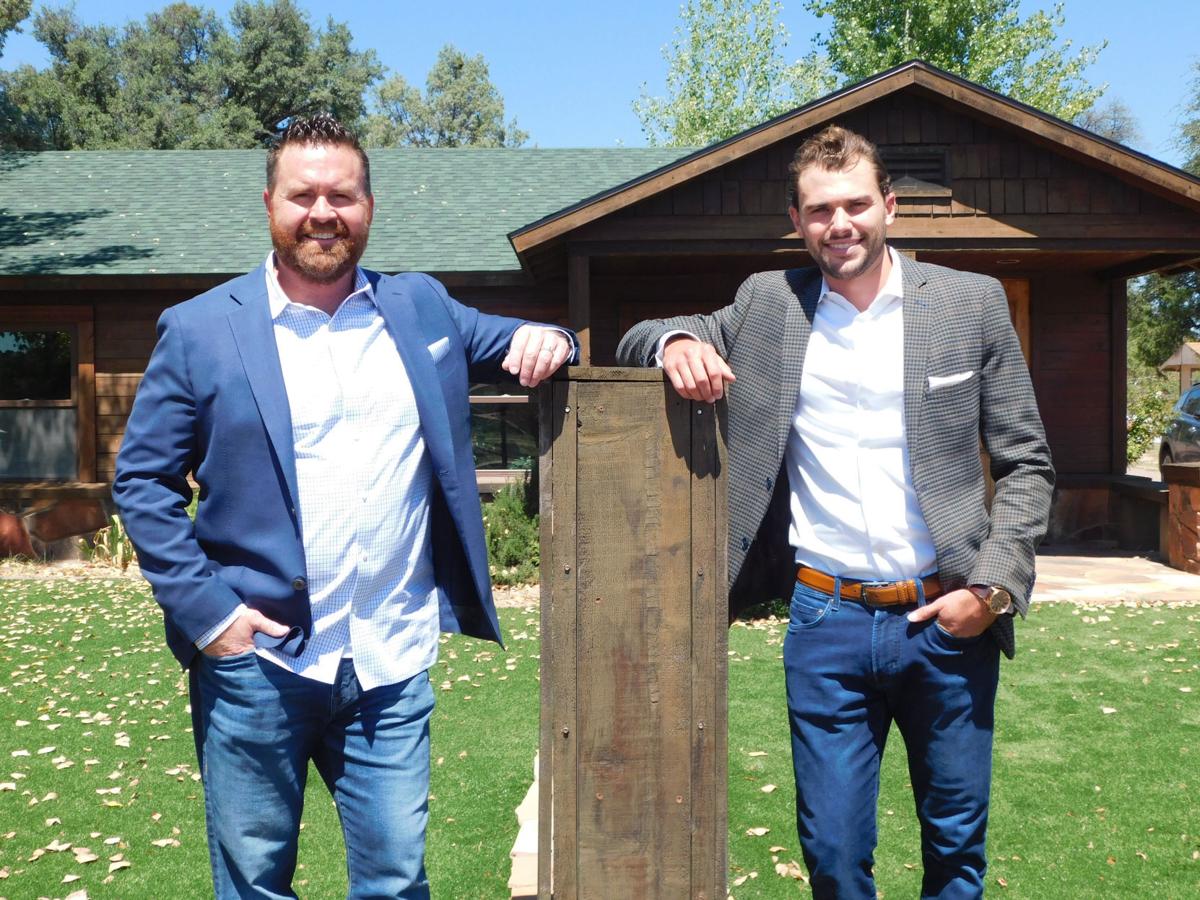 “This name change comes after several years of partnership between our firms,” said Chris Smith, who founded Chris Smith Investments in 2004 after working in the industry in the region since 1992. “Like us, they are proudly Arizona owned and operated. I met Trevor Wilde in 2005, and in 2015 we formally affiliated with them to add depth to our bench and expand on service offerings for our clients. Changing the name makes sense to better reflect our affiliation, both externally and internally.”

Smith, along with all other members of the Payson team, will remain in their same roles, and there will be no interruption of service to clients.

To commemorate the 15 years Wilde and Smith have known each other, instead of a new ribbon cutting or party amid COVID-19, Wilde donated $1,500 on Sept. 2 to the Payson Public Library.

Michael W. Obenauf, an independent investment adviser representative with Wilde Wealth Management Group, has moved to Payson to assist Smith as the firm grows. In his role, Obenauf will focus on wealth management, retirement income planning and asset protection planning.

“Michael is a coach at heart and actually coaches youth hockey in his spare time,” Wilde said. “His approach to client service is to educate versus dictate, talking to each client versus at them. That, combined with belief in the importance of tailoring investment strategies and actuarial science to effectively accomplish unique financial planning needs, makes him a perfect fit for our Payson team. An avid outdoorsman already in love with the area, he jumped at the chance to make this move.”

Obenauf earned his Bachelor of Science degree from the University of Wisconsin-Milwaukee. Obenauf is a member of the Scottsdale Active 20-30 Club. The organization comprises 50 men between the ages of 20 and 40. The primary focus of the organization is philanthropic fundraising to support local children’s charities. Once established in Payson, he looks forward to similar community engagement and volunteerism opportunities.

Besides Obenauf, the team will continue to work closely with Trevor Wilde, who was recently named to Barron’s annual list of top 1,200 advisors nationwide and No. 1 overall in Arizona. This is Wilde’s 12th consecutive year being honored and highest ranking to date.

According to Wilde, who founded Wilde Wealth Management Group with his father, Bill, in 2003, the mission for the Payson team and the rest of its offices across Arizona and Indiana is twofold: to offer boutique, customized investment planning advice, and to offer clients expanded in-house service offerings from fellow independent specialists in the fields of legal, taxes, risk management, family services, real estate and insurance.

“Together, the team is able to not only take all the pieces of a client’s financial puzzle and organize them, but use them to build a solid foundation that will serve not just the client, but his or her family for generations to come,” says Wilde, who in 2018 was named among the Most Admired Leaders in Arizona by the Phoenix Business Journal, and has been among the Top 15 Advisors out of more than 1,200 Cetera Advisors annually since 2012.

Payson is the fifth Arizona office for Wilde Wealth Management Group, which has more than $1.2 billion in combined assets. The others are located in Scottsdale, Glendale, Tempe and Tucson. They also have an office in Indiana.

After earning his degree in business and economic, Smith opened Edward Jones’ first Payson office in 1992. There, he advanced from investment representative to regional leader responsible for more than 70 Arizona registered representatives, and he also trained new investment representatives in St. Louis and London. He also served as an Army infantry officer for the 101st Airborne Division during Desert Storm and in Germany. He joined Wells Fargo Advisors Financial Network and established Chris Smith Investments at 112 W. Main St. in Payson in 2004.

Smith has served on the boards of directors for local Habitat for Humanity, Payson Hospital Foundation and Gideons International. He served as a member of the Wachovia Securities Licensee Advisory Board for four years.

He and his wife, Meg, have three children all born in Payson. They have two grandchildren.