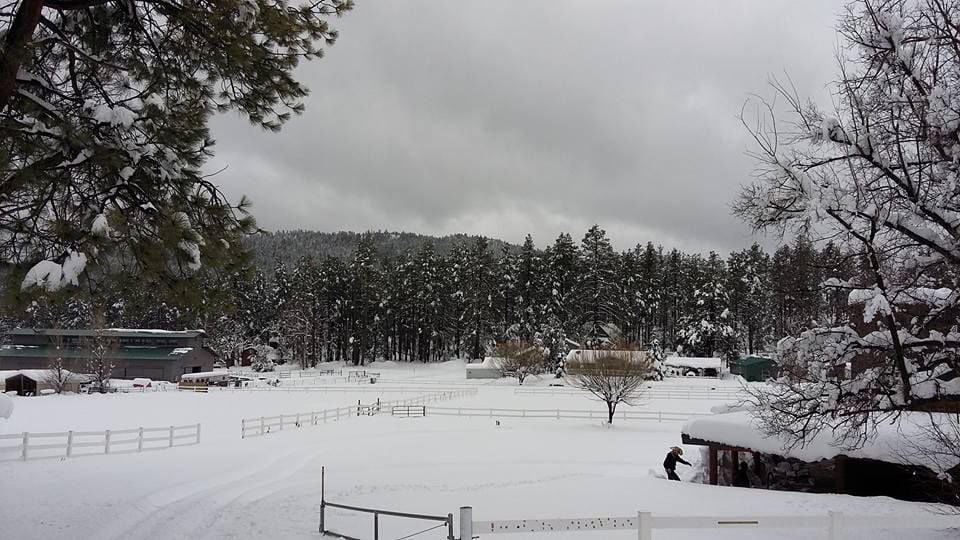 Nearly three feet of snow fell around Christopher Creek over the weekend — with some areas reporting as much as 40 inches — making it hard to get around. 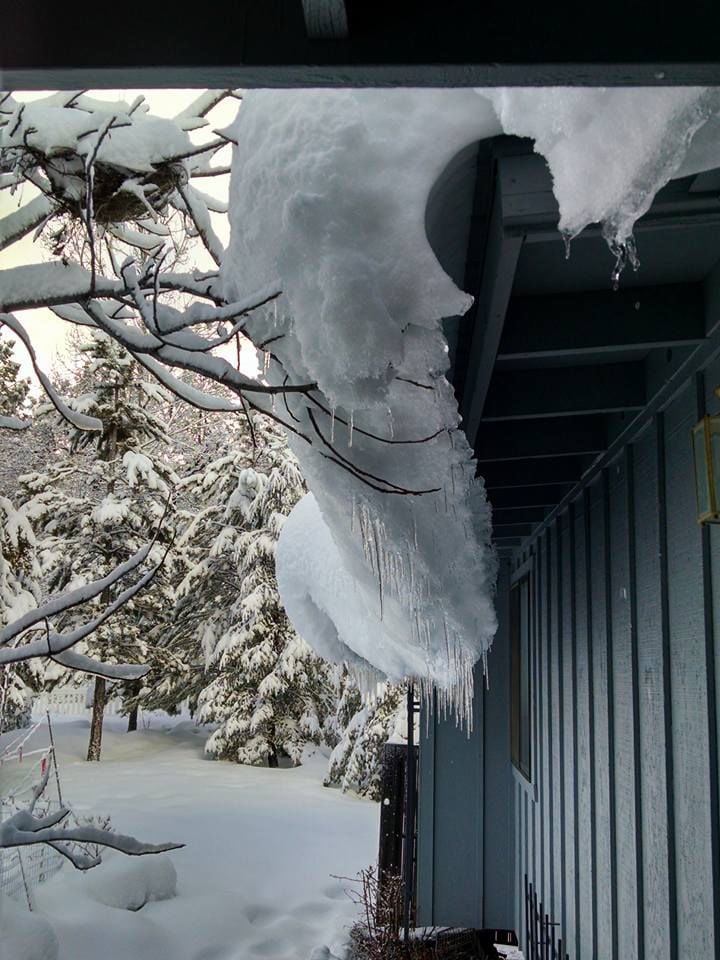 Some serious amounts of snow accumulated on rooftops in Christopher Creek during the Jan. 20-23 snow storm.

Nearly three feet of snow fell around Christopher Creek over the weekend — with some areas reporting as much as 40 inches — making it hard to get around.

Some serious amounts of snow accumulated on rooftops in Christopher Creek during the Jan. 20-23 snow storm.

Christopher Creek got snow. A record-setting snow it was not, however, but it was a good one.

This column is an anatomy of a January Mogollon Rim snowstorm.

Last Thursday morning is when it all started. Rain and snow mix set in before noon and it took quite a while before we saw a frosting on the ground. Saturated, warm soil prevented much of a buildup out of the first round, but by Friday morning there were four inches of sloppy snow on the ground and temperatures remained in the 30s.

Over the scanner Thursday evening came reports of three rollovers on SR 260 between Payson and the top of the Rim.

Friday afternoon the main event set in. By evening, the storm was here in earnest. Dean Dodson and Terry Short got here from the Valley that afternoon.

Dean picked me up in the Red Sled, his souped-up gocart, and we spun and slid our way to Creekside for dinner. There wasn’t a problem getting a seat.

By 8 p.m., snow was building up; there was an inch or two of wet, heavy new stuff by then. Again, the relatively warm temperatures prevented any rapid accumulation.

By 10 p.m. we experienced the first of many power outages — lights out, then a blink on and lights out again. A minute later the lights flickered on once again — for a second and then blackness. My thought was that this couldn’t be doing my electronics any good.

By 3 a.m. the power was back on. It was time to check radar and road conditions. SR 260 was closed down by Little Green Valley and we later learned that a snowplow had become stuck.

Out the window, you could tell there was a substantial amount, but it wasn’t worth going out to measure. That could wait until daylight.

Early Saturday morning there was a vehicle passing by on Columbine. Dean was out at 7 a.m. pushing snow with the plow on the front of his old red and white Blazer. The 18 inches on the vehicle’s roof made it look like a beach ball going by.

Checking online we heard from Garry at Forest Lakes and they had 30 inches with six-foot drifts. That’s 15 miles away, on top of the Rim.

Here in the Creek it had been dead calm all night.

Susan Keown checked in and reported 19 inches at Ponderosa Springs. The weather station on the tower at the head of See Canyon showed 32 inches. That weather station is right at 8,000 feet.

The trees were completely loaded with wet snow. Then the power went out again. It was 8:30 a.m.

Dean stopped by out front in the Blazer. He said he just went by the restaurant and it looked like Sheila had opened. There were a half-dozen cars up there, but the parking lot had not been plowed.

He returned with Terry in Terry’s Jeep and we headed up for breakfast. Creekside was closed. We later found out all the vehicles there were towed off the highway overnight.

Tall Pines was open and plowed out. We picked up a few items and headed to Terry’s and cooked up a fine breakfast of eggs, bacon and store-bought sandwiches cooked on the barbecue.

Afterward we loaded up in the Blazer and plowed snow. My job was navigator as we pushed through the still sloppy roads. After a couple hours of fun, he dropped me back at the house to stoke the fire.

Later he broke the plow and had to back home with the blade down. Three old guys had a candlelight dinner at Terry’s that evening!

Sunday morning we find that power was still out on West Columbine, Colcord Road, Tonto Village and Bear Flat. They would go another day without.

Monday afternoon came the last of the storms — another rain and snow mix.

Karen Thornton, Marsha Ward and the Elstons got electricity back. We learned a power pole on Uphill Drive had snapped into three pieces.

Tuesday morning in the Creek there was another six inches of dryer snow, but we still had power. Trees were drooping to the ground with the load.

The sun came out.

Monday evening Larry and Patty had to wade through waist-high snow to get into the OW Ranch.

Looking at the totals, Forest Lakes reports 40-plus inches with drifts.

Promontory comes in with 40 inches. Out on Colcord, Sheila reports more than 40 inches on top of her RV. Larry at the ranch has 32-plus inches on the ground.

My estimate is 28-30 inches here ... and that’s another snowy week in the Creek.