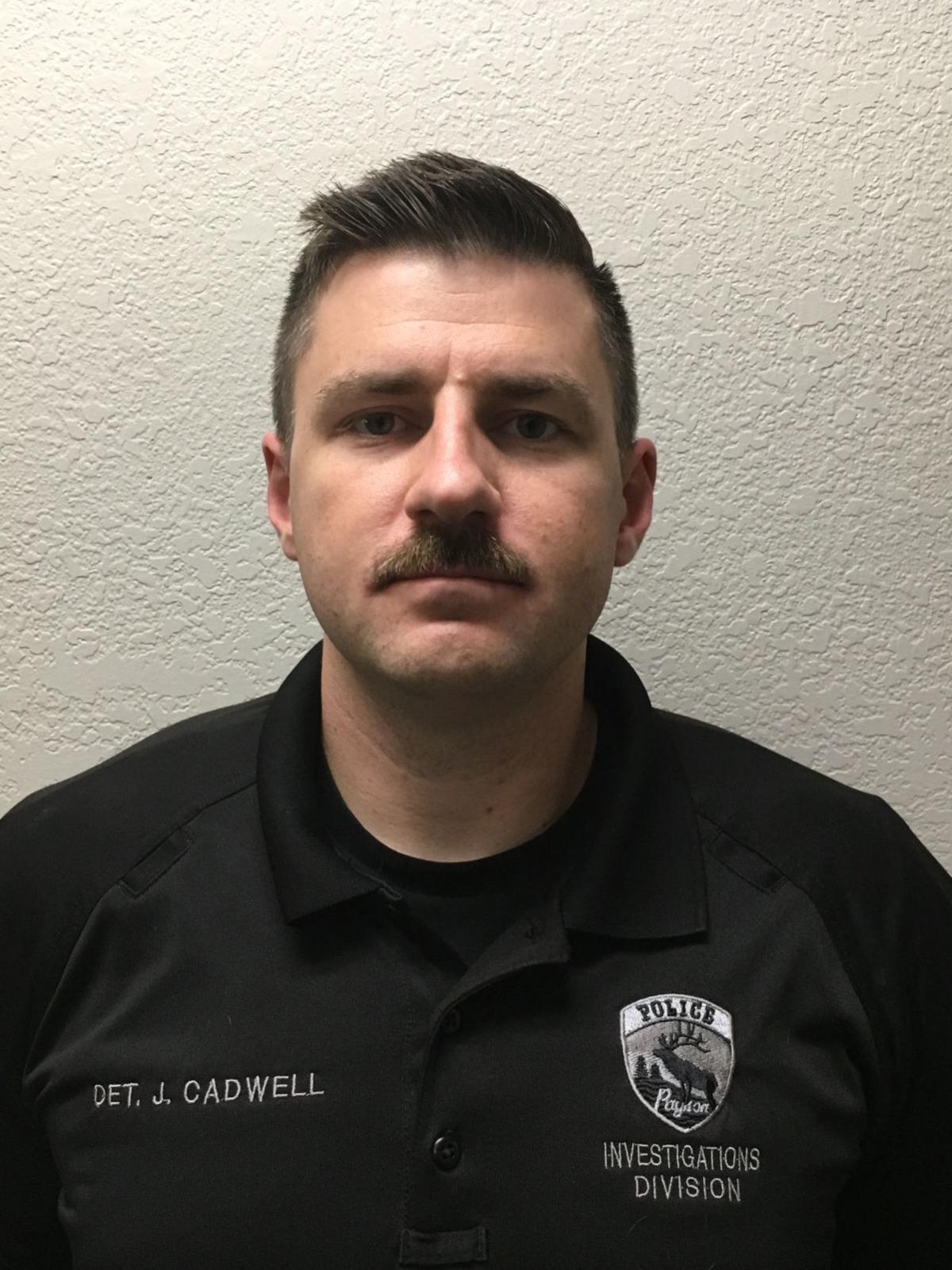 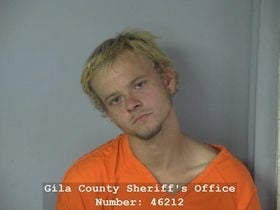 From saving a man’s life to then arresting an armed robbery suspect, it was a busy day for one Payson Police Department officer.

The department recognized Det. Josh Cadwell for both helping save a man’s life and then capturing a suspect.

“It was quite the day yesterday for Detective Cadwell,” said Police Chief Ron Tischer. “He performed CPR and a short time later ran down an armed robbery suspect.”

While on duty, Cadwell and Officer Jirhod Brennan responded to a call of a man in cardiac arrest in a vehicle.

Lt. Jason Hazelo said when he arrived at the scene, Cadwell and Brennan were removing the man from the vehicle.

“Without hesitation, Detective Cadwell assessed the situation and noticed the individual in distress, checked for signs of life, and immediately began CPR,” said Hazelo.

While they briefly felt a pulse, it stopped and the man was no longer breathing.

Responding paramedics used an AED to revive the man’s heart while Cadwell stayed by the man’s side.

The man was later flown to a Valley hospital where Hazelo learned he had survived.

“I’d like to acknowledge both Officer Brennan and Detective Cadwell for their quick response and for their diligence in working together to provide CPR and life-saving efforts to the subject until the medics arrived,” he said.

Cadwell said he has administered CPR a handful of times before.

“I am very glad that we were in the right place at the right time,” he said. “When we got there, we followed our training and did what we were supposed to do.”

Cadwell recommends everyone get CPR certified.

“These types of calls are a good reminder of why we do this job,” he said.

RobberyLater that day, at 5 p.m., Cadwell responded to the Chevron Gas Station/Rim Liquor, 706 E. Highway 260, for an armed robbery call.

Shawn Dugan, the station’s owner, said a man came into the store and waited until a male employee went into a back storage room before approaching a female employee at the registers and handing her a note. The note read in part that he had a gun and to hand over money from the register.

“She looked at him like he was crazy,” Dugan said, and then he pulled out a gun and put it on the counter.

The employee hit the panic button and gave the man $292 from a till.

The employee watched the man run north into the woods. They relayed this information to dispatch who then told officers.

“Officers arrived on scene a short time later and while checking the area located the money, clothing, and gun displayed in the robbery in the area directly behind Rim Liquor,” Tischer said. “While securing the evidence, the officers observed a man matching the suspect’s description running through the area where the evidence was located.”

Cadwell recognized the man as Christopher J. Gibbons, 23, of Payson.

Cadwell pursued Gibbons on foot and a short time later, with the help of other officers, Gibbons was arrested on a charge of armed robbery.

The handgun displayed turned out to be a realistic looking BB gun, Tischer said.

Dugan said he is proud of how his employees responded and thankful for the PPD’s quick response, arresting the man not 15 minutes after he had left the store.

In the 25 years he has worked in the convenience store business, Dugan said this is the first armed robbery at any of his stores.

“With everyone working together, this armed robbery suspect was taken into custody very quickly while protecting the public and all involved,” Tischer said.