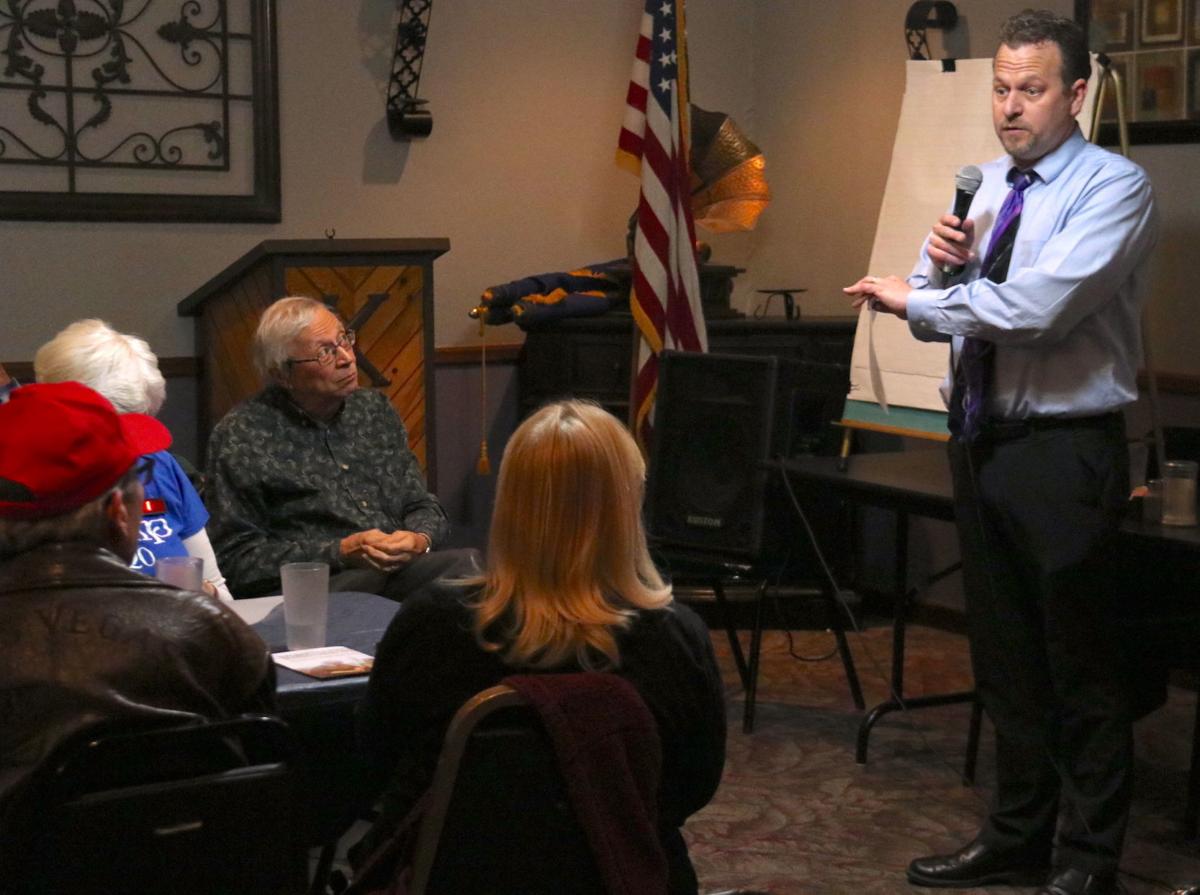 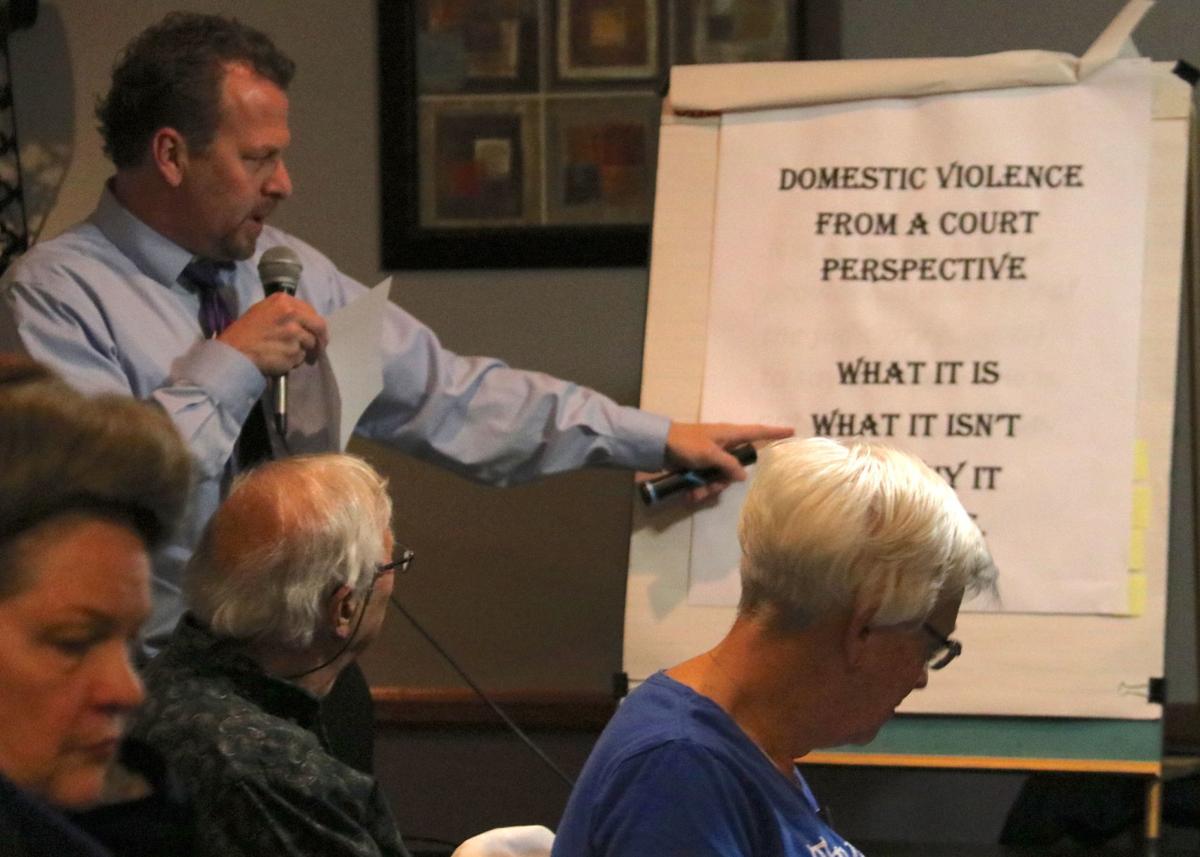 Superior Court Judge Timothy Wright explained domestic violence is a very different situation for the courts than for the arresting officer. 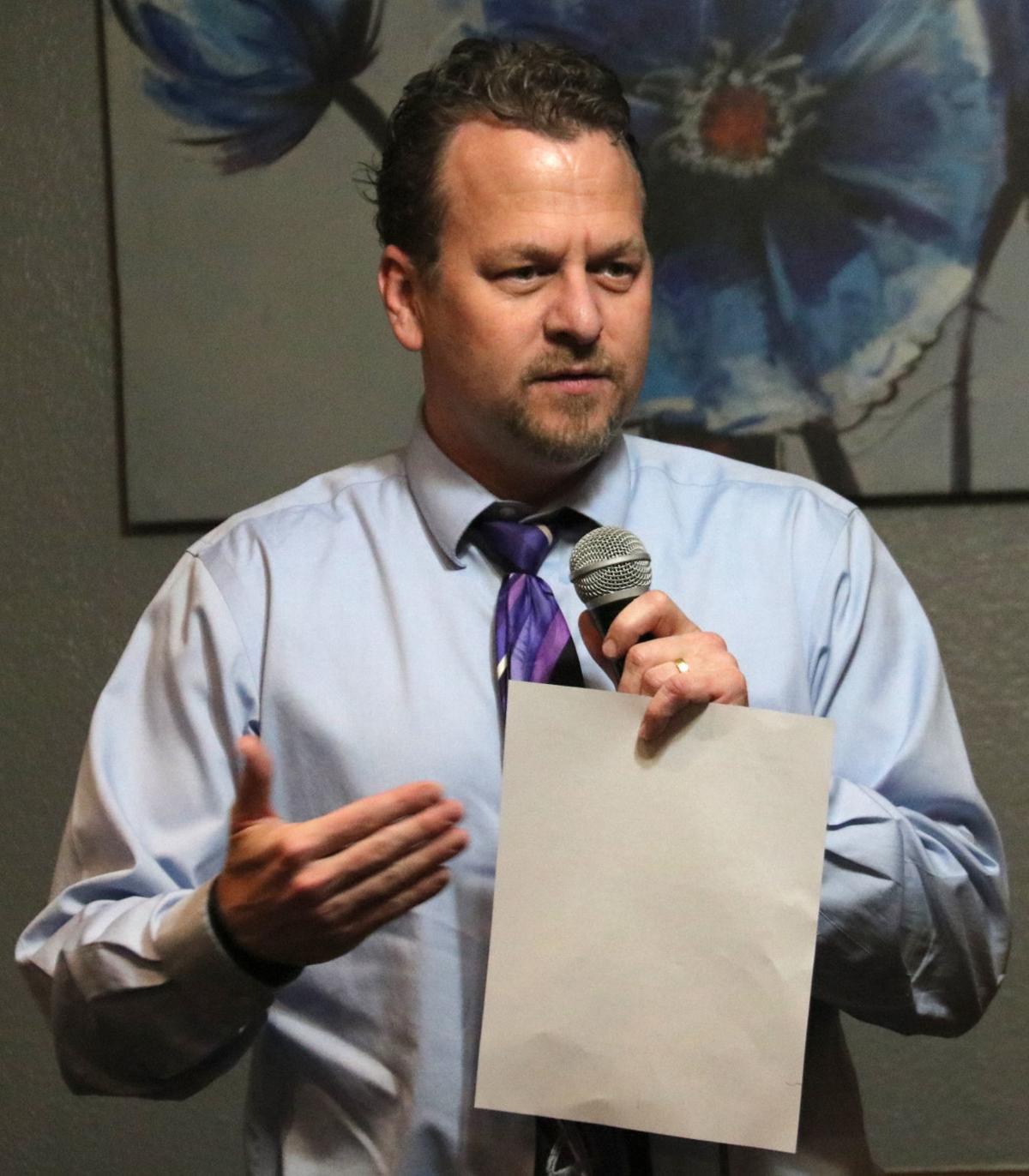 Superior Court Judge Timothy Wright at a Tea Party meeting in January. HE looks forward to returning the Gila County Courts to a normal schedule.

It’s the most common violent crime in Payson.

And it’s twice as bad in Gila County as in the rest of the state.

Yet, domestic violence remains one of the most underreported crimes.

Perhaps that’s because victims of domestic violence can find themselves lost in a legal labyrinth if they turn to the legal system to help protect them from a frightening relationship.

That reality emerged when Superior Court Judge Timothy Wright stopped by the Payson Tea Party meeting on Jan. 14 to talk about domestic violence.

In fact, domestic violence isn’t technically a crime. It’s a charge added onto another crime, like harassment or assault or criminal damage.

“If you look at the Arizona Revised Statutes ... there isn’t a substantive crime of domestic violence,” said Wright.

Still, domestic violence poses all kinds of complications for police, prosecutors and judges. Abusers can terrify and threaten in ways hard to prosecute. Victims may beg for protection, without the bruises that convince prosecutors they can get a conviction. Alternatively, many victims ask prosecutors not to lock up the abuser — due to an emotional or economic dependence.

Wright said many victims beg to have the defendant released because they rely on the defendant for support. But “in Arizona, victims don’t get to decide if a crime is charged,” said Wright.

Even if victims show “hostility towards the prosecutors either because it’s dealt with too lightly or too harshly” the case moves forward, said Wright.

However, domestic violence also remains one of the most underreported crimes. Many victims never report the violence or threats. Even when incidents arise in divorce proceedings or when victims seek orders of protection, the violence doesn’t ever show up in official statistics.

The law struggles even to define what relationship can trigger the domestic violence legal add-on.

Arizona law gives a “whole list of crimes and a whole list of relationships. Domestic violence is a way of categorizing crimes,” said Wright.

If your sister breaks into your house while you’re on vacation, would that be domestic violence?

Some in the audience said yes, others, no.

“That is an act of domestic violence,” he said.

In another example, Wright asked if an 18-year-old gets in an argument with his mom and keys her car, would that be domestic violence?

“Let’s say there is $1,000 in damage, he could be charged with criminal damage ... and it is a criminal code under the domestic violence code,” said Wright.

In another example, Wright tossed out a situation with high school flames meeting up at their 20th reunion only to get in a fight. The woman ends up slapping the man.

“There is a crime there — assault,” said Wright.

But then the relationship question gets tricky. Did they just “exchange notes back in the day” or “were they hot and heavy and had a kid?” asked Wright.

If they had a kid together, “that would become an act of domestic violence,” said Wright.

“Here’s what it is in the law, ‘current or prior romantic or prior relationship,’” said Wright.

But that doesn’t translate into convictions.

“How it is charged and pled severely ties my hands,” said Wright.

On the other hand, even if a victim changes his or her mind about a case — prosecutors can still move forward.

A graph showing the number and rate of domestic violence arrests in Gila County and the State.

A report looking at the possible programs to help end sexual violence.