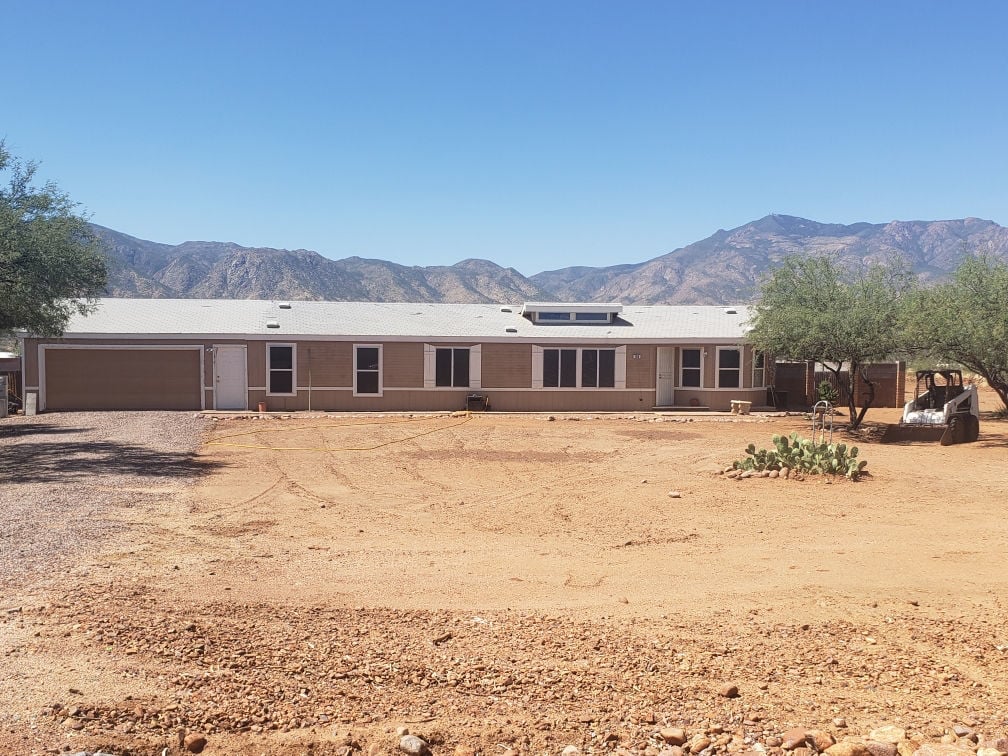 The home where the Barksdales were arrested Wednesday in Punkin Center Village.

The home where the Barksdales were arrested Wednesday in Punkin Center Village.

Investigators suspect a network connected by meth and white supremacy drew two of the most wanted fugitives in the nation to Tonto Basin, where police last Thursday arrested two suspected murderers in a quiet neighborhood.

A task force led by the U.S. Marshals Service that included Gila County Sheriff’s deputies arrested Blane and Susan Barksdale late on Sept. 11 in the Punkin Center Village area of Tonto Basin. The pair are suspects in the murder of Tucson resident Frank Bligh, but had escaped custody several weeks earlier — prompting a national manhunt.

The federal investigators didn’t call in local authorities until hours before the arrest, which involved helicopters and dozens of agents and deputies, roiling the quiet rural area near the shores of Roosevelt Lake.

A tip with just the right information made the difference.

In a press conference in Phoenix on Sept. 12, David Gonzales, the U.S. Marshal for Arizona, said an informant suggested, “You might want to be looking in the area of Punkin Center, the Barksdales have an acquaintance there. The person has a drug background and is on probation for meth.”

Out of all the thousands of tips the authorities received, this “was intriguing because it fit the profile of staying in a remote area with the same background,” said Gonzales.

Blane made the most wanted list because in late August in Utah he and Susan escaped from private security guards transporting them from New York back to Tucson. They had fled to upstate New York after an explosion set fire to Bligh’s Tucson home. Police believe Bligh was inside, but have not yet found his body.

After overpowering their guards and tossing them in the police van, the couple apparently drove from Utah to Vernon, Ariz. where they own property and have connections.

There, they used a red pickup truck to escape.

For weeks, freeway signs in Arizona warned people to look out for the red pickup truck. However, authorities say the couple ditched the truck then made their way to Tonto Basin.

Prior to the tip from Tonto Basin, investigators had focused on Navajo County “because that was the obvious connection,” since Vernon sits in that county, said Shepherd.

Police acted quickly and made the arrest within hours of the call.

Prison and drugs seem to be the common thread.

“I just learned today about the associations that the Marshals ran across. The guy who owned a house down there (in Tonto Basin) and the Barksdales were in prison together,” he said.

So officers staked out the house and waited.

Only when the watching officers saw Susan emerge were their suspicions confirmed, said Shepherd.

When she came out, “she confirmed Blane was inside of the house,” said Shepherd.

But it took Blane longer to surrender.

“I guess he came out a little defiant. He had to be Tased and they used a bean bag — the only munitions used,” said Shepherd. “They didn’t know if he was armed. He was a dangerous felon.”

Tonto Basin has 1,500 full-time residents. The knowledge that one of their own could harbor murder fugitives has Tonto Basin residents “shocked and stunned,” said one resident.

The owner of the house, Nancy Gassaway, publicly stated her son Mark, “is not and never was a major drug dealer and has never been involved in white suprematism,” in a Facebook post on a Tonto Basin group page.

In fact, Shepherd confirmed Mark was not arrested.

“He was interviewed by the Marshals Service last night. He was just not arrested,” said Shepherd. “The marshals have to decide if they will charge any of those folks federally.”

The next step for the Marshal’s Service is to unravel the support network that allowed the Barksdales to flee across country.

“There are individuals that assisted the Barksdales,” said Gonzales. “We will work with the FBI to find those individuals.

April – Deliberately set explosion caused a fire that consumed the home of Frank Bligh’s, 72, in Tucson. Evidence points to Blane and Susan Barksdale.

May 24 –Barksdales arrested in Henrietta, NY.

Aug. 27 – the pair overpower their guards and escape in Blanding, UT.