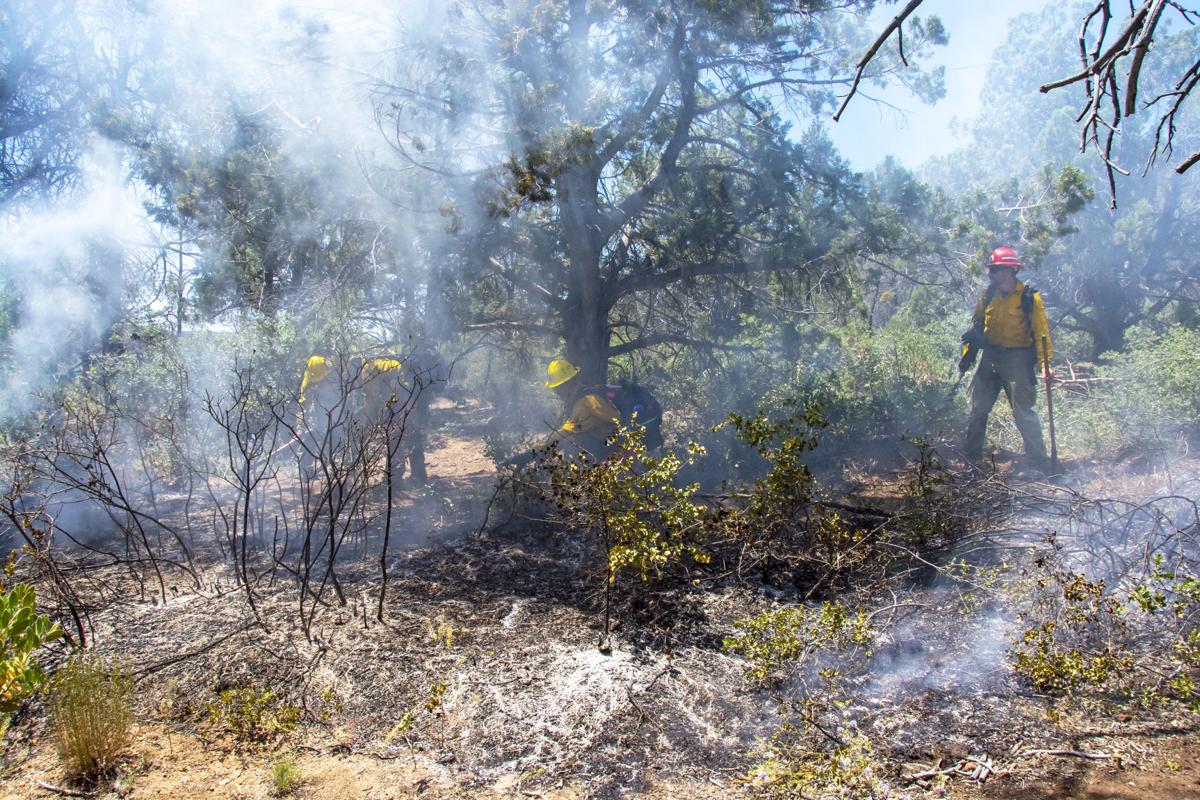 Firefighters contained a forest fire sparked by an illegal campfire along Houston Mesa Road on Wednesday. 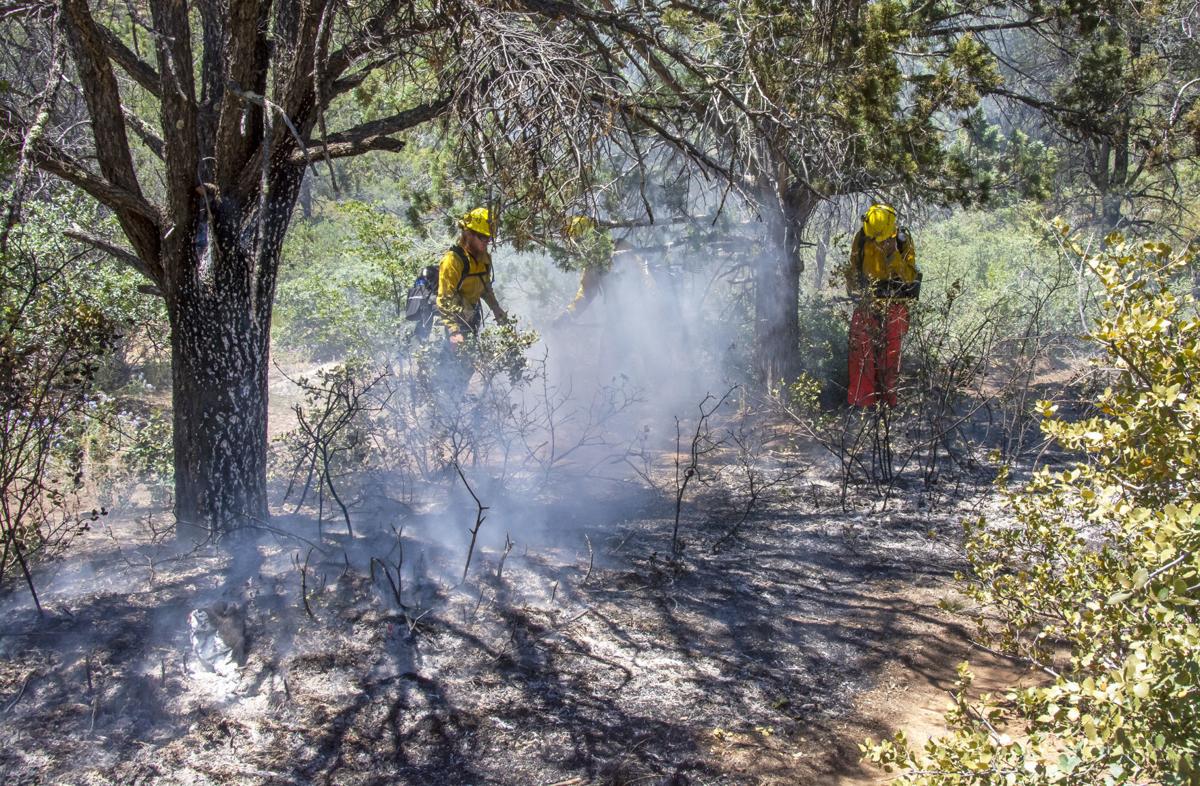 Firefighters contained a forest fire sparked by an illegal campfire along Houston Mesa Road on Wednesday.

A forest fire along Houston Mesa Road Wednesday was caused by an illegal campfire, officials say.

Firefighters from the Payson Fire Department and Tonto National Forest responded, along with law enforcement from the Gila County Sheriff’s Department and Forest Service to investigate.

“We’re sending a lot of resources even to a small fire like this to prevent it spreading to a larger area,” said Capt. Jason Tutay with the Payson Fire Department.

The fire originated at a campsite and started spreading through adjacent manzanita and brush.

Firefighters, under direction of Forest Service Battalion Chief Will Balcom, contained the fire to roughly one-tenth of an acre.

“The area is now a crime scene as the fire was human caused,” said Coda Witt, an officer with the Forest Service. “We are locating suspects from the campsite.”

Fire restrictions on the Tonto National Forest began June 15. It is illegal to have a fire, campfire or use a charcoal-burning device outside of metal fire rings and metal pedestal grills in developed recreation sites.

It is also illegal to discharge firearms, smoke or use power tools and welding equipment under the current restrictions.