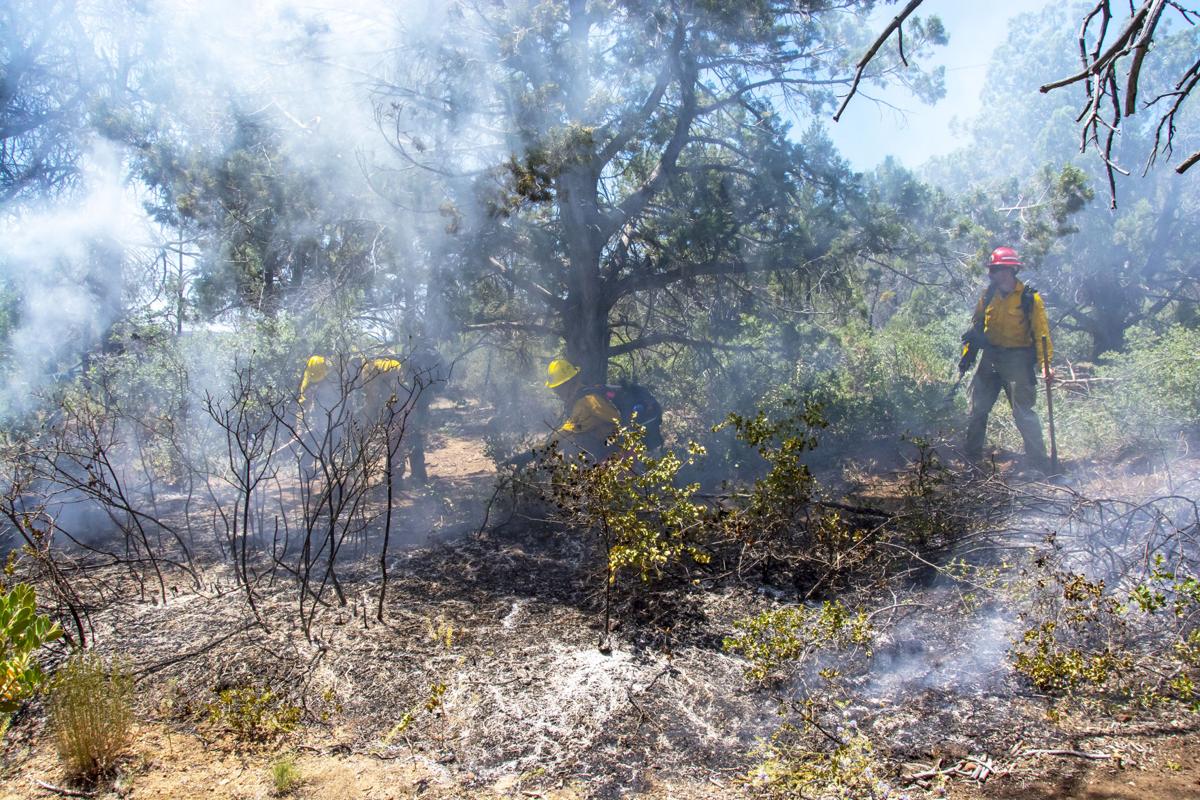 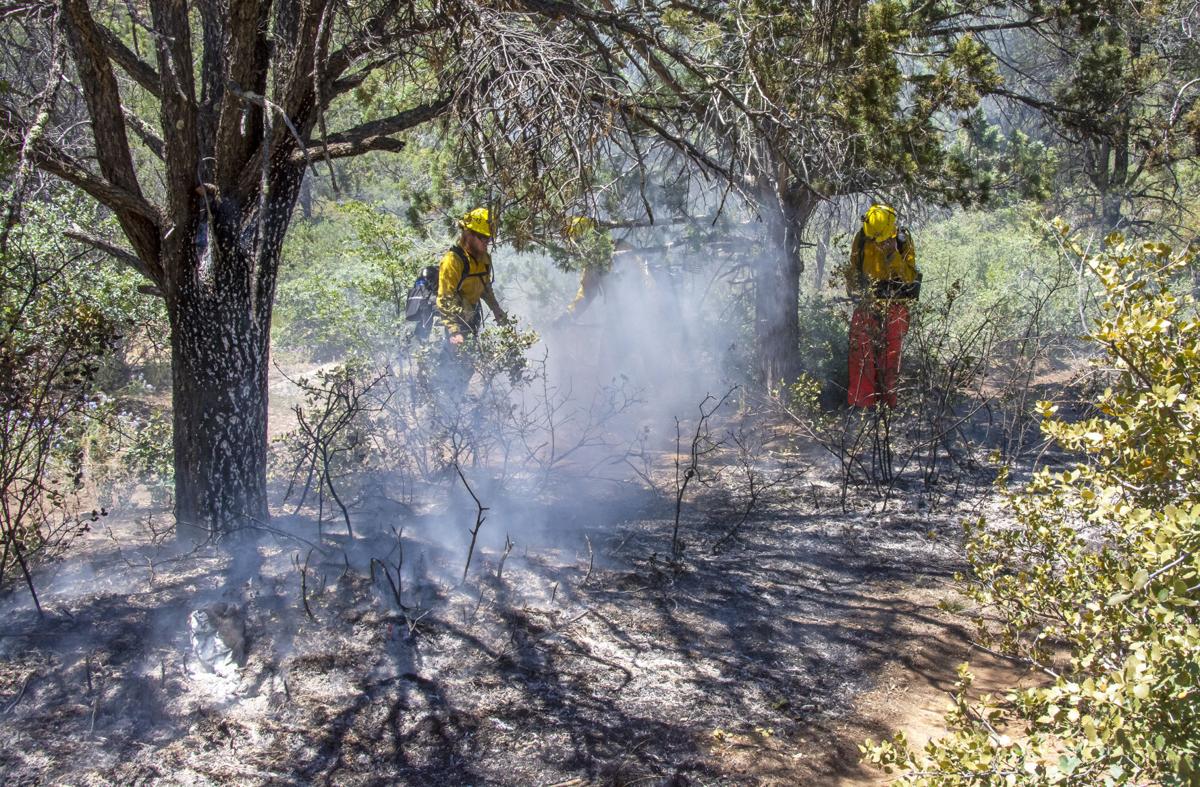 Firefighters work to contain a forest fire caused by an illegal camp fire along Houston Mesa Road on Wednesday.

Firefighters work to contain a forest fire caused by an illegal camp fire along Houston Mesa Road on Wednesday.

A one-alarm forest fire along Houston Mesa Road was caused by an illegal camp fire.

"We're sending a lot of resources even to a small fire like this to prevent it spreading to a larger area." said Cap. Tutay of Payson Fire Department.

The fire originated at the scene of a camp site and started spreading through adjacent manzanita and brush. The spread was greater than they originally thought.

Fire fighters, under direction from Will Balcom, forest service battalion chief, converged on the scene and contained the fire. They worked the perimeter to ensure no further spreading would occur.

"The fire was human caused so you can say it is a crime scene." said Coda Witt, forest service law enforcement officer. "We are locating suspects from the camp site."

Camp fires are illegal in Tonto National Forest as a precaution against wildfires.